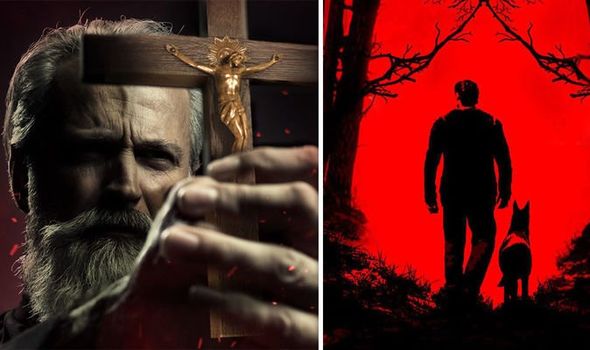 As the nights draw in and the moon shines that little bit brighter in the sky, Oculus has put together a selection of great horror content available on the Quest and Quest 2, for the ultimate immersive Halloween experience this year.

The Oculus Quest 2 VR headset allows you to both trick and treat yourself with different games and adventures that bring all the fun, fear and frights that come with Halloween – with none of the face paint or fancy dress required.

The first game on the list is also the newest, launching just in time for Halloween 2020. A port of the PS4 and Xbox One games of the same name, the Blair Witch Project drops players into the Black Hills Forest near Burkittsville, where supernatural adventures await.

You play as former police officer Ellis, who joins the search for a missing boy alongside his trusty K-9 sidekick Bullet. But just because you’re not alone, don’t think this is going to be any less terrifying, as the spirit of the Blair Witch stalks you at every turn.

If it all gets too much, remember that you can actually pet your dog.

Powered by 360° gameplay freedom, the untethered Arizona Sunshine experience immerses you and up to three fellow survivors in a world overrun by zombies. Armed with little more than your motion-controlled weapons and the scarce ammo and consumables you find along the way, you need to navigate hordes of zombies in your desperate search for survivors.

Are you prepared to Face Your Fears and step into Harvest House?

Learn the tragic history of the Harvest Family as you explore their long-abandoned home. Immerse yourself in two spine-tingling scenarios that unravel a tale of terror across the ages. In the first, your sister is missing and all roads lead to the old Harvest Estate. Next, take on the role of a paranormal investigator and come face to face with the evil that dwells there.

Can you escape the same fate that befell other interlopers in these blighted halls, or will you forever remain buried in Harvest House?

In cult VR classic Dreadhalls, players are trapped deep inside a massive dungeon – and we mean massive. Explore it, survive it, and find a way to escape. Your only weapons will be stealth, your own courage, and a faint light that really only makes things creepier.

Inspired by the survival horror and roguelike genres, Dreadhalls has been terrorizing people ever since its debut in 2013.

The Walking Dead: Saints and Sinners

Face all the horrors that the living and the dead can offer in this new VR adventure in The Walking Dead universe. Travel through the ruins of walker infested New Orleans as you fight, sneak, scavenge, and survive each day unravelling a city wide mystery within the iconic quarters.

Encounter desperate factions and lone survivors who could be friend or foe. Whether you help others or take what you want by force, every choice you make has consequences. What kind of survivor will you be for the people of NOLA?

Layers of Fear VR is a psychedelic horror game that pulls you into the depths of insanity. Now its constantly changing Victorian mansion can be explored without limits thanks to the all-in-one Virtual Reality experience of Oculus Quest.

Delve deep into the mind of an insane painter and discover the secret of his madness. Uncover the visions, fears and horrors that entwine the painter and finish the masterpiece he has strived so long to create.

Redesigned with Quest in mind for greater interactivity and immersion, Layers of Fear VR is a first-person horror game built on a rich, dark story.

When the sun got tired of humans and decided to hide and never rise again, darkness awoke the dead from their graves. Since then, the clash between man and zombie sets the pace of daily life.

Narrated by Colin Farrell, “Gloomy Eyes” is an animated trilogy and emotional tale where fantastical animated dioramas twist and rotate around you.

Chase the nostalgic and heart-warming story of a zombie boy, Gloomy, and a human girl, Nena, that dare to play with love. Their star-crossed love might just be the last seed of hope.

Described as one of the most disturbing experiences available for virtual reality, The Exorcist: Legion delivers FIVE unique stories and features a variety of demonic entities, exorcism tools, hidden artifacts and atmospheric locations. Delve deep into the heart of the supernatural as you learn the trade of demonic exorcism and uncover secrets leading you towards a final confrontation with your darkest, most hidden fears. Are you brave enough?

The Exorcist: Legion is part action, part mystery, part puzzle-solving… and ALL terror.

A collection of classic and original mini-games set in the Five Nights universe. Survive terrifying encounters with your favourite killer animatronics in a collection of new and classic FIVE NIGHTS AT FREDDY’S experiences. “Where fantasy and fun come to life!”