When Doom Eternal was announced a few years back, id Software raised some eyebrows when it stated there wouldn’t be any traditional multiplayer in the sequel. If there’s one thing the studio is known for, it’s popularizing deathmatch combat and including it in each of its titles. How could Eternal be forgoing a staple of the genre?

In a new interview with Shacknews, Bethesda’s Pete Hines (VP of PR) was questioned about the lack of traditional multiplayer modes in Eternal and he gave a firm response. “That mode is eons old.” From the start of development, id Software has stated that it didn’t want to follow industry trends solely to hit checkmarks on the back of the box. For Eternal, the developer wanted to try something new.

Doom (2016) did include a more traditional suite, but it wasn’t developed by id. As Hines explained, “The biggest problem we thought we had with Doom 2016 was that [multiplayer] wasn’t done at id, and felt really disconnected from the base game that everybody loved.” That was felt in its gameplay, too. It really wasn’t the same experience that the campaign had, not to mention it stuck too closely to conventional designs. 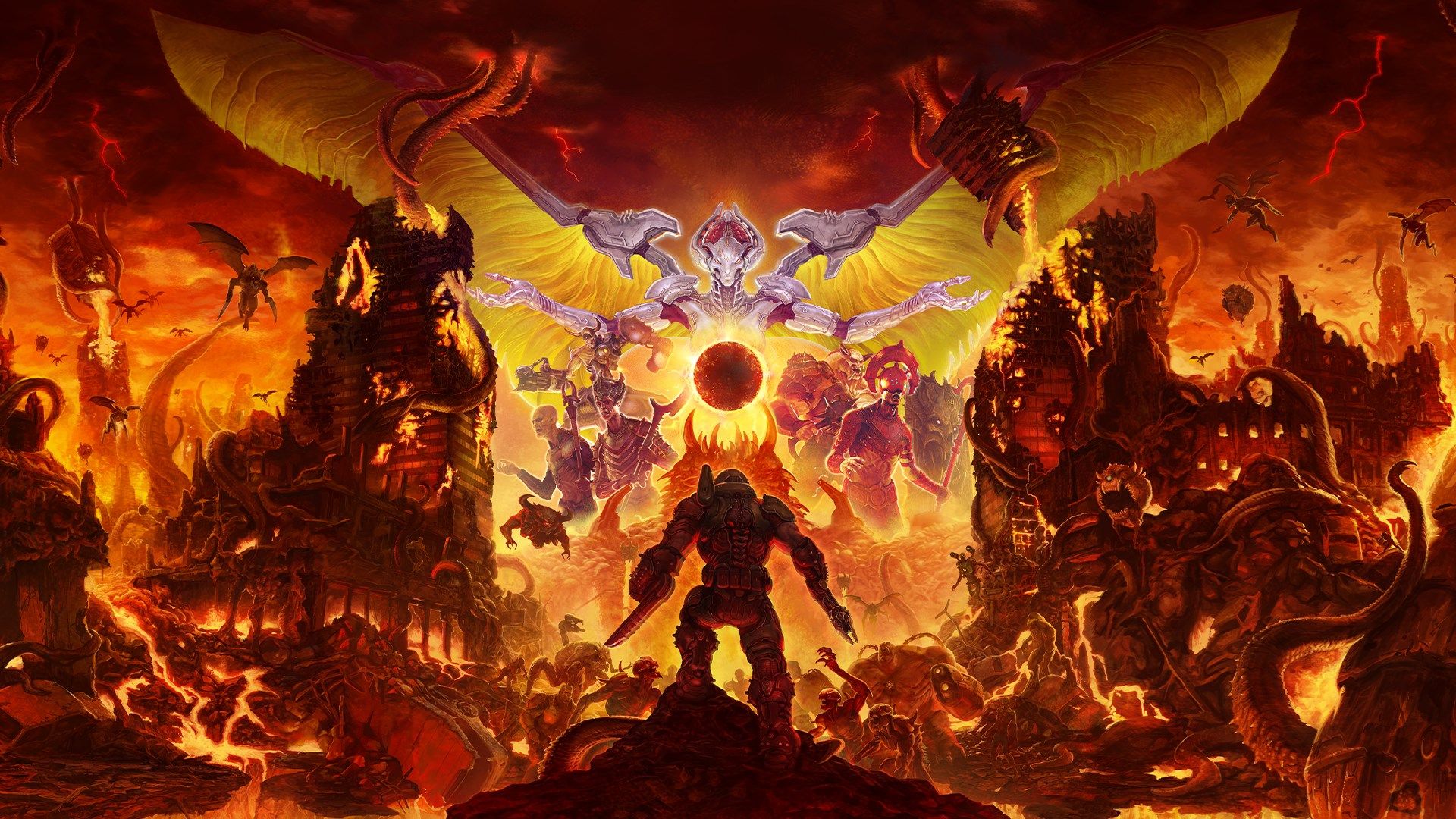 “Whether you’re playing by yourself or with others, we want it to feel like you’re all playing the same game,” Hines explained. To him, deathmatch didn’t make sense because it lacks the demon-slaying you do in the campaign. “I don’t know what that has to do with [Doom] other than that, well, a couple of decades ago we had that, so we should just have that again.”

That’s really the gist of it, which I agree with. A lot of multiplayer shooters divert attention away from polishing the campaign simply because shooters are expected to have multiplayer components. We saw this last-generation with titles like BioShock 2 and Spec Ops: The Lines. Those games were primarily campaign driven affairs that had tacked on competitive components because every shooter has to have it.

Considering how lousy the multiplayer was last go around, I can’t say I’m particularly sad at its exclusion. It would have been fun, sure, but if Eternal’s campaign is all the stronger because id focused solely on it, then that’s just a net positive.