You’ve finally made it to the Benediction of Pain in the final piece of Borderlands 3’s DLC, Psycho Krieg and the Fantastic Fustercluck. You’re one step away from Vaulthalla, but you have three more Crew Challenges to take care of before you can fully complete this zone. But fret not: our Borderlands 3 Benediction of Pain guide will get you back on your way to Vaulthalla in no time.

You’ll almost be finished Borderlands 3’s Psycho Krieg and the Fantastic Fustercluck DLC by the time you hit the Benediction of Pain section. All that stands between you and the secrets of Vaulthalla is the mask you need to unlock it, and three final Crew Challenges to clean up. These will be the among the most difficult to complete yet, but with a little help you can make it through this final area relatively pain free.

How To Complete The Benediction Of Pain Crew Challenges

You should already be familiar with how the DLC’s Crew Challenges work by now. Basically, you’re hunting down three hidden probes, cracking them open, and shooting down all the orbs that spew out of them. You’ll need to complete certain story missions on the way to reaching them all, but you won’t be locked out of getting any permanently. 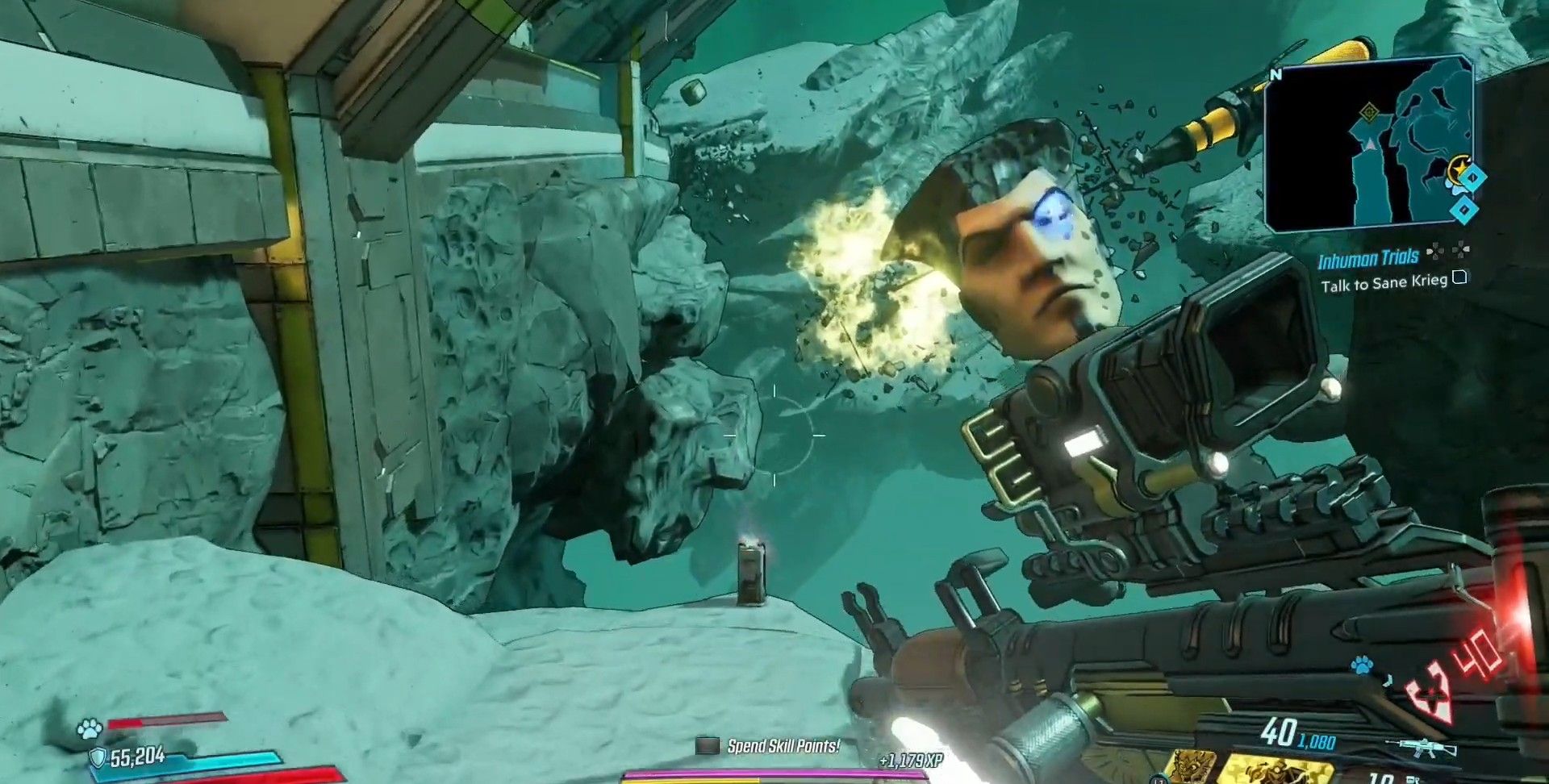 At the beginning of the zone you will come to a large open area where you will need to collect various pieces of a disassembled robot. There is a large building directly ahead of you, but before exploring inside take a right down a little pathway where you can see a giant floating robot head. Right at the edge is your first probe. The orbs will go fairly far, but you can hit them all without moving from that spot. 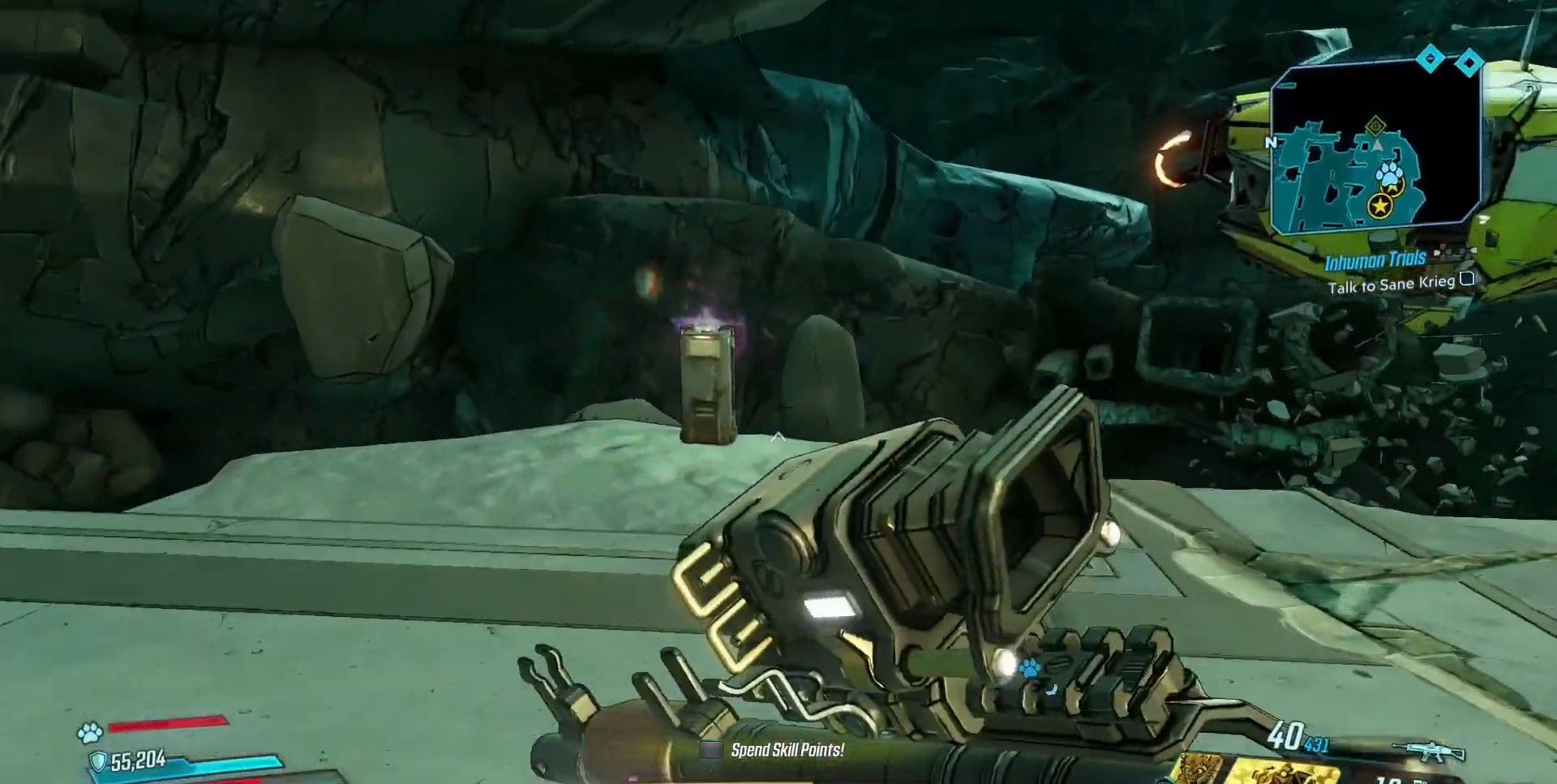 Further on in the mission you will encounter a new enemy called a Wardwatcher Beta on a big circular ledge. Once you take care of it, look to the northwest side of the arena to grab the second probe. You should see a big yellow robot head just above and to the right of it. The orbs are also easy enough to track and shoot, but just pay attention to the ones that fly above and behind you so you don’t miss them. 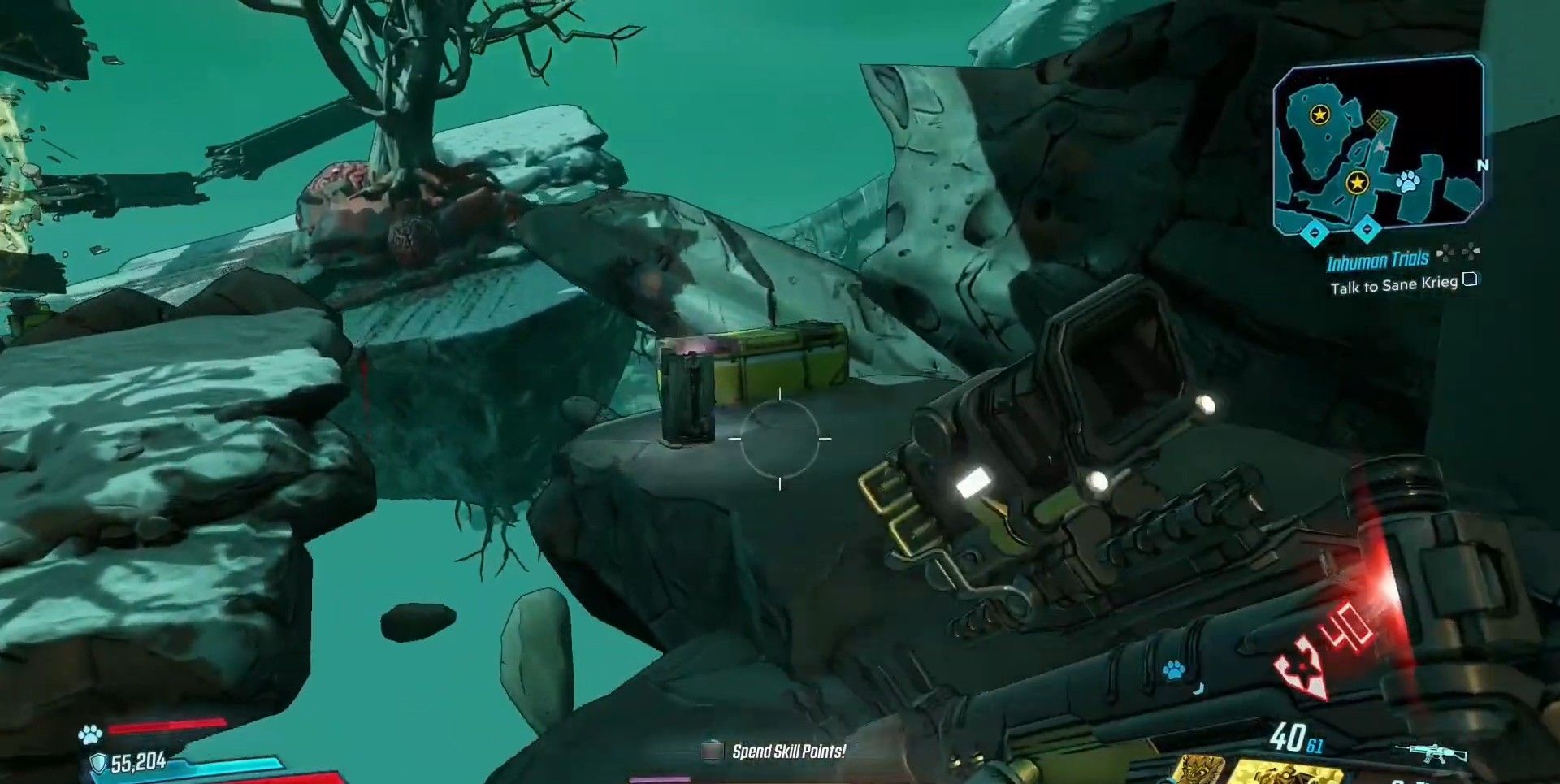 Your final probe for the DLC, and perhaps ever, is in the wide open arena where you will take down the Wardwatcher Alpha. Once the coast is clear, head to the immediate right of where you first entered the area. The probe is sitting on a ledge near a crate, but this one has a slight trick to it. Once you activate it and the orbs shoot out, you’ll notice a ton of other orbs already floating out in the air. Don’t let the other ones distract you, though, because you only need to shoot the ones that have the rainbow trails connected to them to complete the challenge.

With this final Crew Challenge complete, you will get your final reward via the mail from Tannis, which is the Scientific merit Echo theme. Throw it on next time you’re back in Sanctuary to show off just how smart you are, and get yourself back to Vaulthalla.