Claims that the Bored Ape Yacht Club's NFTs are full of Nazi dog whistles have resurfaced, this time during legal proceedings. Artist Ryder Ripps, who is being sued by the Bored Ape's team, has accused the ultra popular crypto project of "drawing from neo-Nazi culture and racist communities", with their NFTs using fascist imagery.

This follows on from claims circulated in June, when an hour-long video alleged that Bored Ape Yacht Club was running the "biggest troll in internet history". Using Ripps' findings, the documentary puts forward the theory that the project is actually run by 4chan and 8chan users, using NFTs to spread white supremacist messages and Nazi imagery.

In an attempt to have the case dismissed, Ripps has put forward his claims that BAYC creator Yuga Labs is running an elaborate racist trolling scheme (thanks, Daily Dot).

"The racist dog whistles that Yuga has embedded in BAYC and associated projects are too numerous to catalogue here", says Ripps' attorney. "Yuga’s systematic use of racist and neo-Nazi messages and imagery appears to be by deliberate design, and, by its co-founder’s admission are not ‘just random." 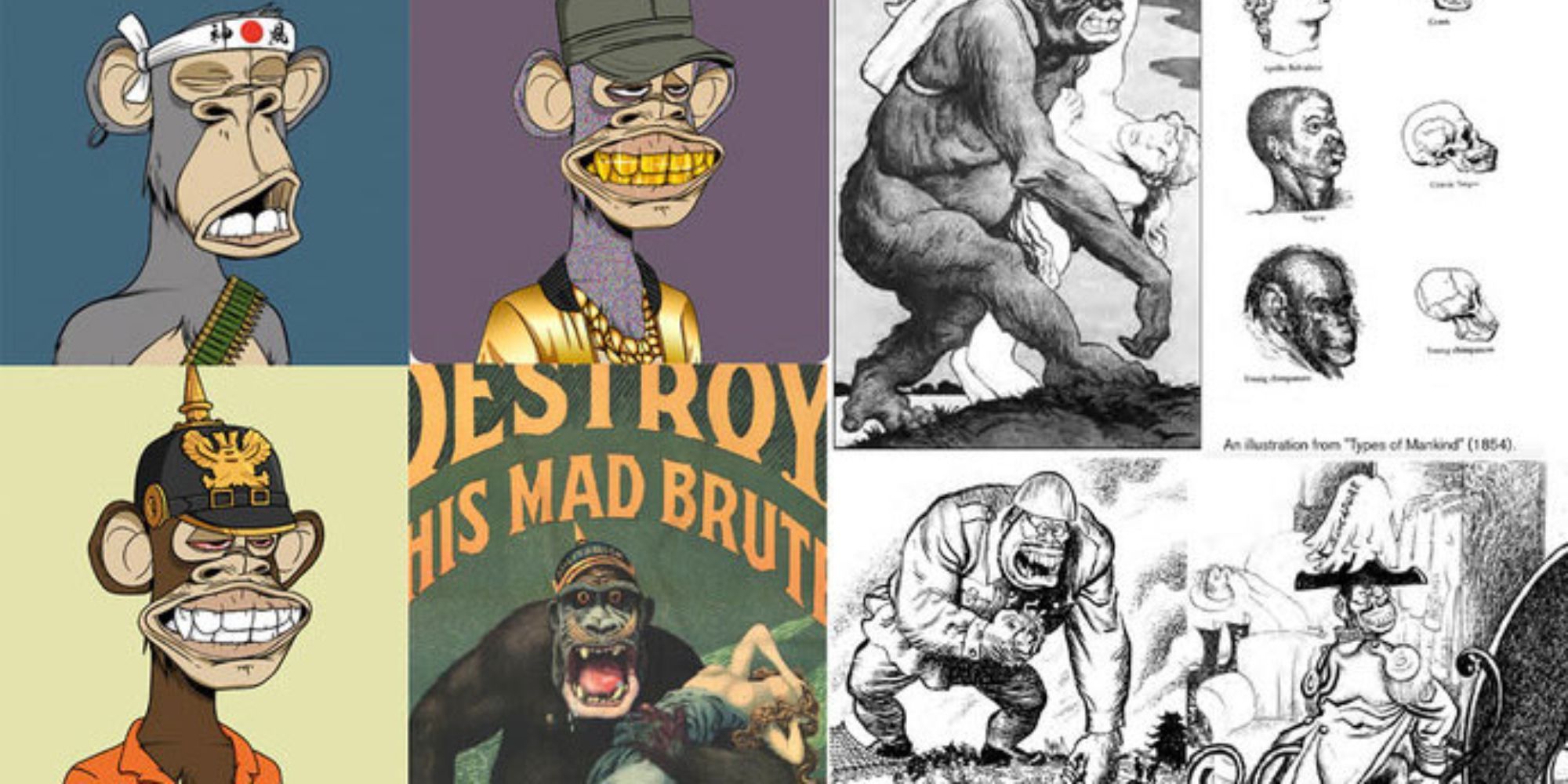 Examples of Yuga's alleged use of racist imagery have been shared on Ripps' website. Here, he has documented cases of BAYC NFTs bearing striking resemblance to racist depictions of Black and Asian people. Even the pseudonyms used by project leads seem to have racist, particularly antisemitic origins. For example, SASS may be a combination of the SS and SA (the Nazi Party's paramilitary wing that saw Hitler's rise to power). Another co-founder goes by the name Gargamel, an antisemitic term used on 4chan.

This research was the basis of an hour-long YouTube video that brought wider attention to the theory. Created by YouTuber Philion, Bored Ape Nazi Club claims: "The founders of Bored Ape Yacht Club are making a mockery of the entire world, pulling the strings of the global elite, including celebrities, athletes, actors, and influencers."

This development comes as Yuga Labs sues Ripps over his parody NFT collection. In the lawsuit, Yuga claims that Ripps is "seek[ing] to devalue the Bored Ape NFTs by flooding the NFT market with his own copycat NFT collection". Indeed, Ripps did take the original BAYC Apes and resold them himself, but he argues that was done for satirical and educational purposes, and therefore falls under fair use.

It remains to be seen if Ripps is successful in having the lawsuit brought against him thrown out of court. In any case, this is likely to bring wider attention to his research into BAYC, and its apparent ties to 4chan.