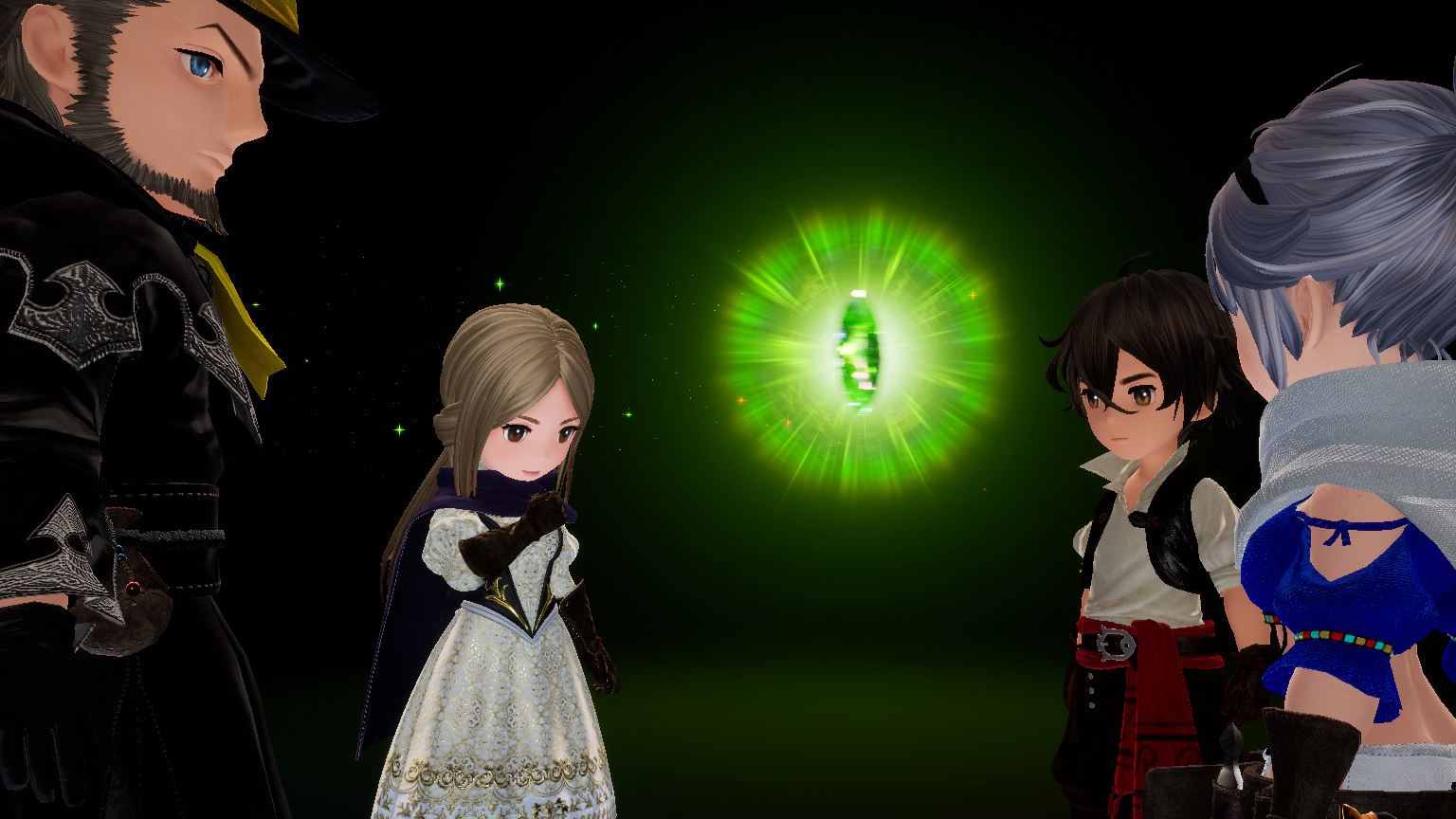 The best Final Fantasy game never made gets a sequel on Nintendo Switch but how does Bravely Default 2 compare to other JRPG classics?

The recent Nintendo Direct might not have offered much to get excited about in terms of first party Switch games but it did underline how healthy Nintendo’s third party relations are nowadays. Western publishers still aren’t well represented but Japanese publishers like Capcom, who have been surprisingly slow to embrace the Switch, now seem fully on board with it. Square Enix too, who can’t port games like Final Fantasy 7 Remake but have produced this exclusive new sequel that attempts to scratch many of the same itches.

If you’re reading this and thinking, ‘Didn’t Bravely Default already have a sequel?’ then you’re quite right, it did. Bravely Second: End Layer on the 3DS was a direct sequel to the original but Bravely Default 2, in standard Final Fantasy fashion, features a brand-new story and cast of characters. The key gameplay mechanics are the same but in terms of following the plot you can start here and not have missed a thing.

That’s good for those joining the series for the first time but there is the risk that it throws the baby out with the bathwater, replacing one likeable cast of characters with a bunch of unknowns. Those same dice are rolled every time there’s a new Final Fantasy sequel, so it’s not an unfamiliar issue, but how much it succeeds lies at the heart of whether you’ll enjoy this game or not.

The series’ peculiar name is a reference to the combat system which on the face of it is a standard, Dragon Quest style turn-based affair. However, amongst all the generic attacks and spells, that you’d expect of any Japanese role-player, there are two key moves called Brave and Default. If you use default your character will do nothing during their turn but their defence will increase and they’ll gain a Brave Point. This can be done up to four times but at any point you can choose to spend your Brave Points to perform an extra move that turn.

In other words, the game encourages you to hold back until the perfect moment, once you can unleash more powerful attacks or to take advantage of a buff running out or a boss suddenly becoming vulnerable. It may sound a bit abstract but in practice it’s very easy to pick up and when combined with the many and varied job (and subjob) classes creates a game with plenty of depth and unusual tactics.

The mechanics are broadly the same as the last two games but Bravely Default 2 comes with a twist, that instead of picking all your party’s moves in one round you now take things one at a time for each character. Thanks to some handy button shortcuts this doesn’t take any longer and instead manages to make the fights seem faster-paced and less stagey, although it’s a shame there isn’t more variety in the enemies.

In terms of story there’s absolutely nothing of interest to report, with the game’s break from the setting of the originals seeming almost entirely pointless giving how similar the whole warring kingdoms set-up is anyway. Everything revolves around a princess named Gloria whose country essentially no longer exists and who is caught in the machinations of a larger kingdom seeking to take advantage. Crystals are involved, monsters are menacing the countryside… you’ve seen and heard it all a hundred times before.

Thankfully the characters themselves are more interesting, and while the voice-acting is not consistent, in either quality or whether the game defaults to just written text, it is generally good. The main playable character is a sailor you can name yourself, who washes up on shore at the beginning of the game and so knows no more about the game world than you do as a player, while you also quickly meet up with Elvis the wizard and Adelle his mercenary companion.

Elvis is frequently used as comic relief but it’s the quicker witted Adelle who ends up being funnier, although the game does a good job of showing the characters grow together as the story progresses and they realise the full importance of their mission.

When considering the visuals, Bravely Default 2 is very much a game of two halves. We’d forgotten about the original’s painterly style at first and the backgrounds are shockingly gorgeous. They can be zoomed out to such a distance that they genuinely do look like something you could put on your living room wall. They already looked great on the 3DS’s tiny 240p screen but on a giant TV Bravely Default 2 becomes one of the best-looking games on the Switch… until a human character pops into view.

Art design is all a matter of taste but the taste Bravely Default’s characters bring to mind is one of three-day old pizza that you get halfway through before realising that the dog has already been at. They’re probably meant to look cute, like a doll or something, but the combination of weird body proportions, emotionless porcelain faces, and basic animation are just horribly unappealing. Which is a shame as the monsters are generally very good, but then they’re actually meant to look like inhuman abominations.

By the end of the game we found ourselves comparing it to Mass Effect: Andromeda, of all things, whose combat mechanics we really enjoy but not so much anything else except some of the visuals. The character work in Bravely Default 2 is fine but all the storytelling is far too happy to rely on tropes and cliches that are now so overfamiliar they’re indistinguishable from parody.

If this was but one lone game attempting to channel the style of 16-bit Japanese role-players that would be perfectly fine but it’s not. Its one of dozens, many of them from Square Enix themselves, that are all trying to milk the same nostalgic memories.

At some point one of these games is going to have to do something new and the frustrating thing about Bravely Default is that the original did, and yet here we are already with the same formula being reused a third time. And while the ugly character graphics seem like a trivial issue at first they’re on screen so much, including during battles, that their flat, emotionless designs make it increasingly difficult to become invested in what’s going on.

Despite its occasional flourishes of beauty, and one of the best battle systems of any modern Japanese role-player Bravely Default 2 is a disappointingly soulless and empty experience.

Rather than taking the systems and concepts of the original portable games and using a bigger budget and superior technology to improve on them it’s merely highlighted their failings. Bravely Default 2 isn’t a bad game but rather than being the new hope of modern Japanese role-players it just comes across as another misguided attempt to keep them in the past.

In Short: A disappointing waste of a fun combat system and an impressive graphics engine, with ugly artwork and unremarkable storytelling that expends all its goodwill disappointingly quickly.

Pros: The revamped combat system is faster paced but still retains the depth and strategy of the originals – especially combined with the job system. Backdrops are often stunning. Good soundtrack.

Cons: Distractingly ugly character artwork. Disappointingly few new ideas, compared to the existing games, and too much reliance on tropes and genre cliches.