The unveiling took place at the Albuquerque Convention Center and was attended by Bryan Cranston, Aaron Paul, and Breaking Bad creator Vince Gilligan. In a recent broadcast on Fox News (thanks, Variety), Montoya explained his objection to the statues, claiming that they are "glorifying meth makers." A local conservative talk show host called Eddy Aragon also condemned the statues, claiming that a statue of the state's first Spanish governor – Juan de Oñate – shouldn't have been replaced by "fictional, drug-dealing figures."

"Now we have brand-new statues," says Aragon. "Now we’re putting fictional characters out in front. We have Jesse Pinkman and, of course, Heisenberg, and we have now erected statues and our progressive mayor from the city of Albuquerque has stood behind them. We’re funding those, so it’s OK to go get rid of real historical figures and now, somehow it’s even better, to [have] fictional, drug-dealing figures." 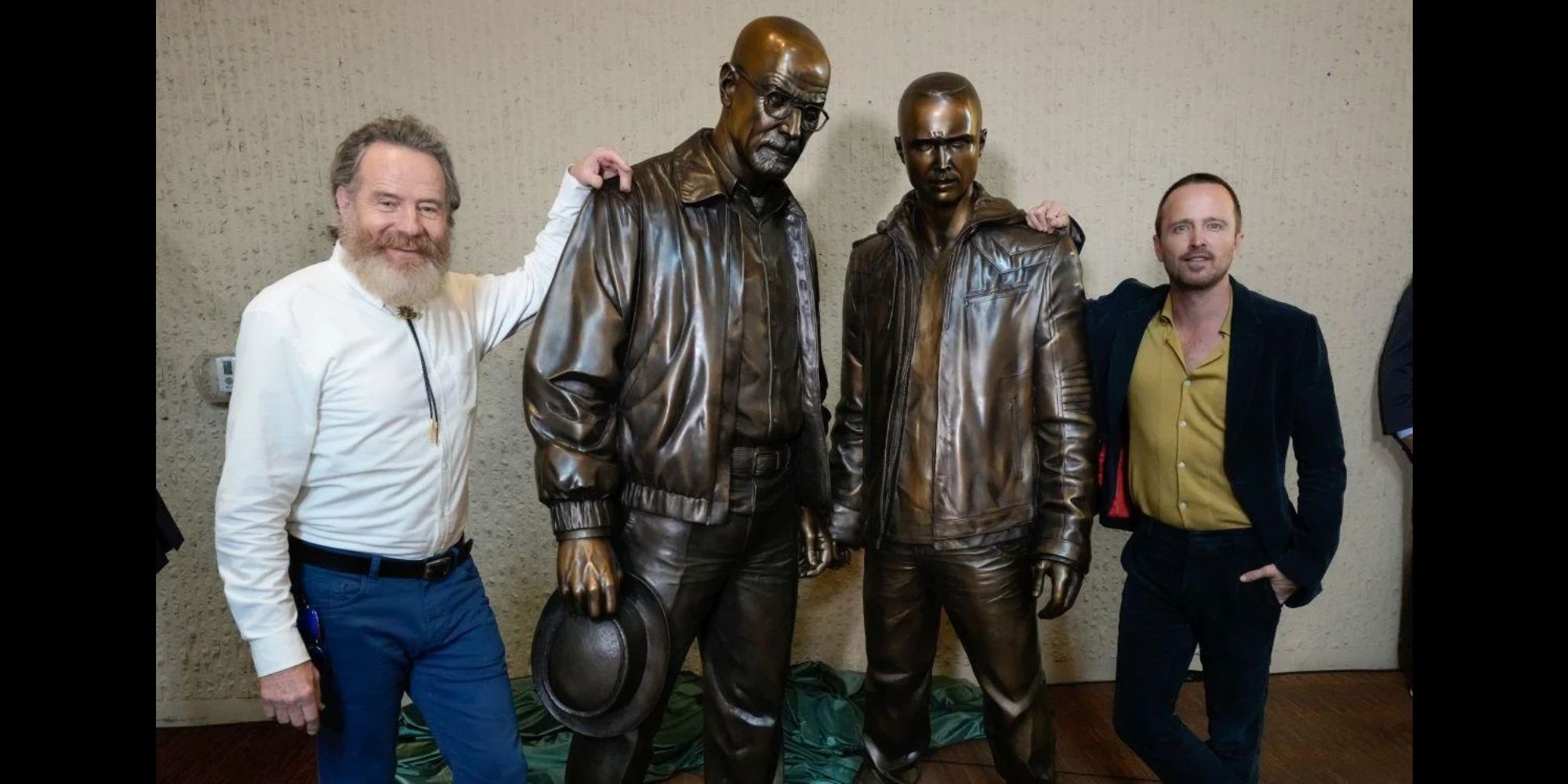 Albuquerque mayor Tim Keller has hit back at criticism over the statues, saying that the positive impact of the show on the local economy means the characters are completely deserving of the honor. Most fans of the show will know that the show is set in Albuquerque, but the show was also filmed there, bringing in tourists and massively helping out the city's economy.

Unsurprisingly, series creator Vince Gilligan also had some words for critics, predicting the negative reactions from local Republicans. Gilligan explains that he doesn't see the statues as honoring the characters, but sees them as a representation of "two of the finest actors America has ever produced," as well as "two larger-than-life tragic figures, cautionary tales.”

In other Breaking Bad news, Gilligan recently revealed that he had pitched a video game about the series, inspired by Grand Theft Auto. Of course, this never came to be, but it's fun to imagine what a GTA-inspired Breaking Bad game could have potentially looked like.