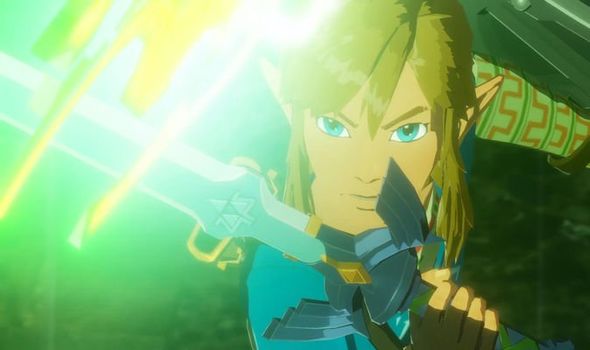 Nintendo Switch fans will need to wait a little longer for Breath of the Wild 2 information.

The Legend of Zelda Breath of the Wild 2 is undoubtedly one of the most hotly anticipated Switch games of all time.

Unfortunately, however, very little has been revealed about the game since it was announced last year.

After surprising fans with the announcement of Hyrule Warriors: Age of Calamity earlier this week, Nintendo has finally given fans a major development update on Breath of the Wild 2.

While it’s not necessarily the gameplay footage and release date news we were hoping for, series producer Eiji Aonuma has told fans that the team is working hard on development.

Fans will have to wait just a little longer before Nintendo provides a meatier update about Breath of the Wild 2’s development.

“Regarding the sequel, in order to make the vast world you enjoyed exploring in the original game even more impressive, the team is working hard on its development, so you’ll have to wait a bit longer before we can provide more updates,” Aonuma said during a recent Direct conference.

In the meantime, fans will be able to find out more about the world of Breath of the Wild when Hyrule Warriors Age of Calamity launches on November 20.

The upcoming Switch game takes place 100 years before the events of Breath of the Wild.

It features the same 1-vs-1,000 gameplay of the previous Hyrule Warriors game, which was developed by the team behind Dynasty Warriors.

“Travel into Hyrule’s past and fight to prevent the kingdom’s destruction in Hyrule Warriors: Age of Calamity for Nintendo Switch!” reads the official description.

“Unfolding a century before the events of The Legend of Zelda: Breath of the Wild, the fate of Hyrule hangs in the balance.

“Lead your forces onto the battlefield, then battle against the might of Calamity Ganon in the ultimate struggle for survival.”

As for the new Breath of the Wild game, few detail have been revealed, other than the fact that it’s coming to Nintendo Switch.

Nintendo also previewed the game with a new story trailer, teasing a dangerous new enemy for Link and Zelda.

Indeed, the game is said to be darker in tone than previous Zelda entries – especially compared to Link’s Awakening.

That’s according to producer Eiji Aonuma, who previously said that it will be partly inspired by Majora’s Mask.

“The new Breath of the Wild or the sequel to it, it’s not necessarily going to be related to Majora’s mask or inspired by it… What we showed you currently is a little darker.”