I must admit, I expected the eponymous bigsnax to be Kaiju-esque creatures, stomping around their island DLC habitat like Brothra, King Squidorah, or Peas-in-a-Podzilla. As it turns out, bigsnax are more like elephant sized, but I guess The Isle Of Elephantinesnax doesn’t have quite the same ring to it.

To be fair, this still makes bigsnax considerably larger than their buggy counterparts, towering over the likes of Chandlo and Shelda as they try to work out exactly what’s going on. Basically, the ‘snax are big, guys. You know, hence the name. The bigsnax are one of three major updates available in the free Bugsnax DLC, coming April 28, although for many they’ll be the main attraction. Homes and hats are also coming, but I’ll get to them later.

In a hands-off preview, Young Horses programmer Kevin Geisler says that The Isle of Bigsnax aims to create “a more well rounded rerelease of the game, adding the things that we didn't have time for previously.” The isle itself is a whole new area of the game, and adds 11 new Snax (plus an oversized Bunger). The island is “significantly larger than the other levels in the game,” according to Young Horses creative director Kevin Zuhn, but it remains one biome.

There are four questlines on the new island, one each for Triffany, Floosty, Chandlo, and Shelda. From our hands-off preview, it looks like more of the same kind of deal as the regular game. The Grumpuses are arguing, you need to solve some puzzles, and catch some ‘snax to fill out your Pokedex. Sorry, SnaxScope. That’s great news for me since I loved the main game, so more of the same is just what I want. For those who didn’t, it’s free DLC so stop complaining.

The puzzles themselves are new and quite innovative, you’ll have to make full use of your surroundings, equipment, and of course the wild bigsnax themselves to progress. Whether that’s enticing a Cheddorb to smash through a wall or bouncing off the trampoline-like back of a Clawbsteroni, the new ‘snax engage well with their environments and create interesting puzzles. There’s also more for your little Strabby in a Buggy Ball to do, as it was “a little underused in the main game,” says Zuhn.

There are a couple of downsides to the bigsnax, however. Firstly, to capture them you mostly need to shrink them down to regular size. This makes sense, seeing as your gear is equipped for catching regular ‘snax, but it still feels like a bit of a cop-out. Secondly, when fed to Grumpuses, they have the same effects as regular bugsnax, and offer no enlarging properties. That wasn’t meant to sound weird, honest. 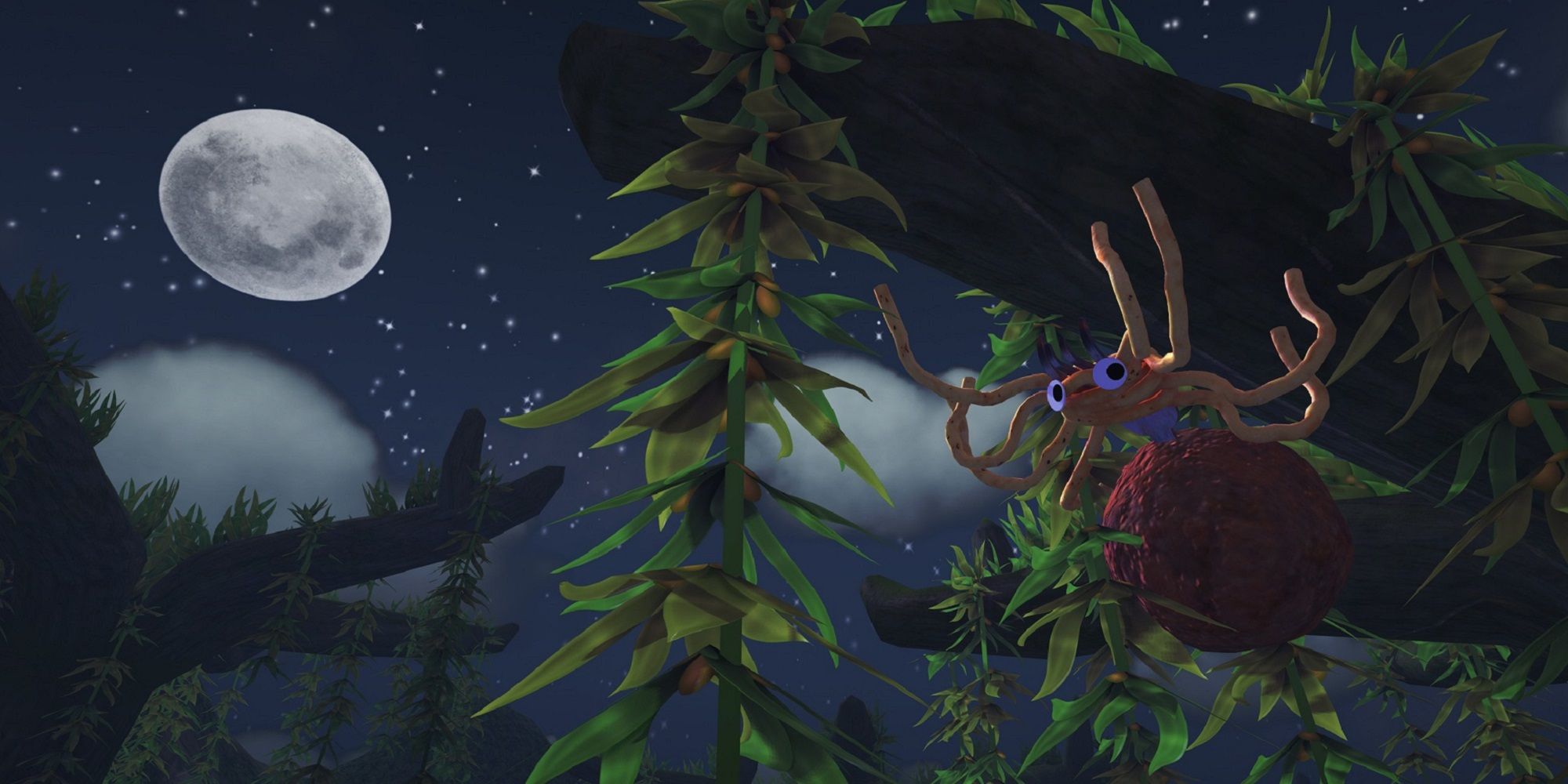 While the new levels are more of the same Bugsnax goodness that you know and love, there are some new new additions to the game in the DLC, too. The first is collectible hats dotted around the game, which you can equip to Snax living in Gramble’s ranch. Yes, you read that right, bugsnax have hats now.

The DLC also adds fast travel between areas, which was the “most requested” feature in the game, and the ability to own and fully customise your own home in Snaxburg. From wallpaper to rugs, furniture to the exterior, everything in your little hut is customisable, coming across as a mini Animal Crossing simulator inside Bugsnax. 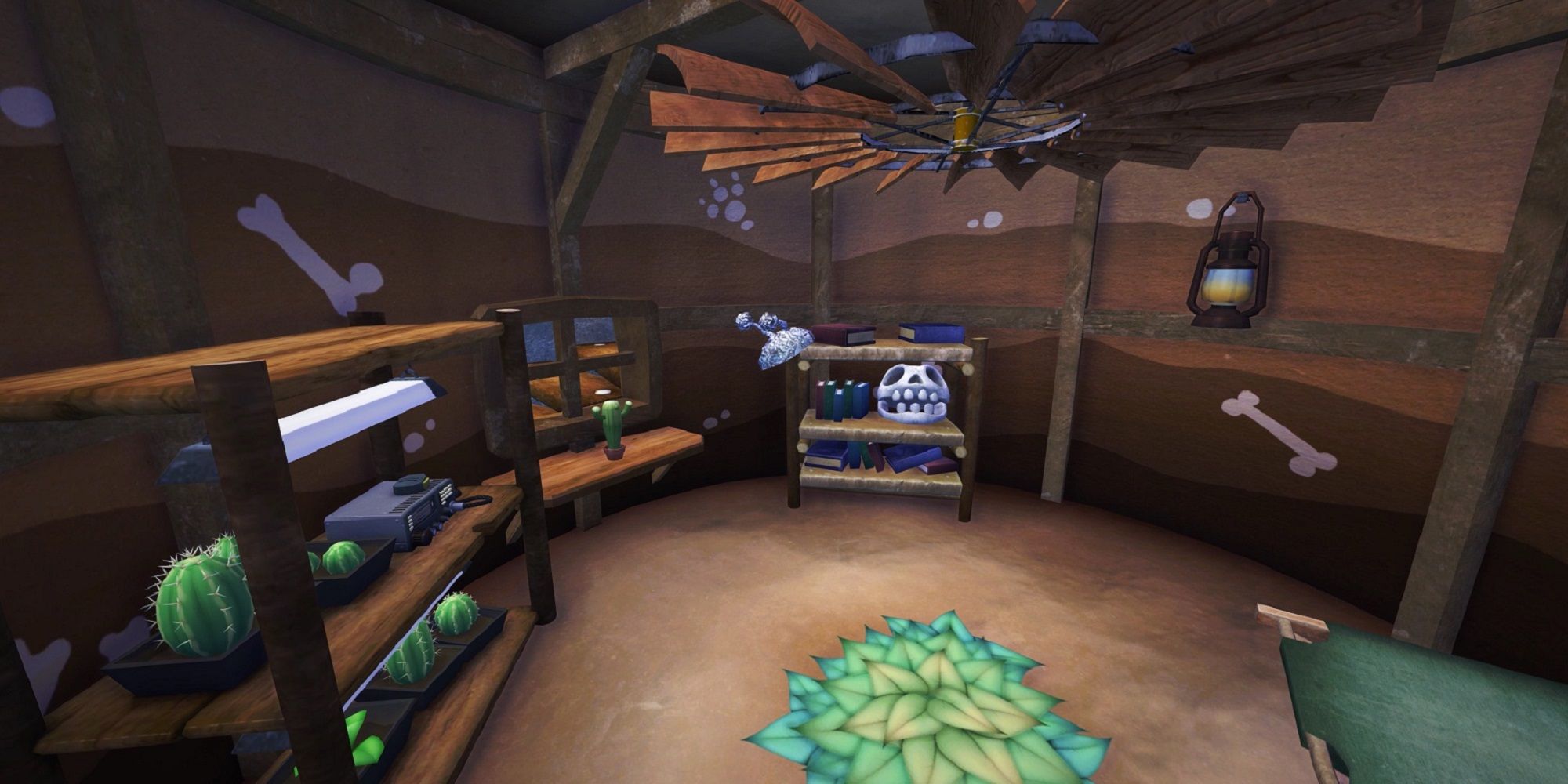 There’s nothing to complain about with free DLC – it won’t cost you anything, after all – but Switch and Xbox players will be especially excited to play the game for the first time (it'll be on Game Pass too). The DLC works in tandem with the main game, occurring at the same time as the main events rather than after the story has ended, and feels like an extended edition more than a spin-off.

If you loved Bugsnax and want to come back for seconds, then The Isle of Bigsnax looks like it’ll cater to you, and serve you a big old portion while you’re there. But if you’re new to this world, then you’re in for an even bigger treat, as the DLC looks like it’ll give you an even better first experience of the world of Bugsnax. Just be careful, because after all, you are what you eat.