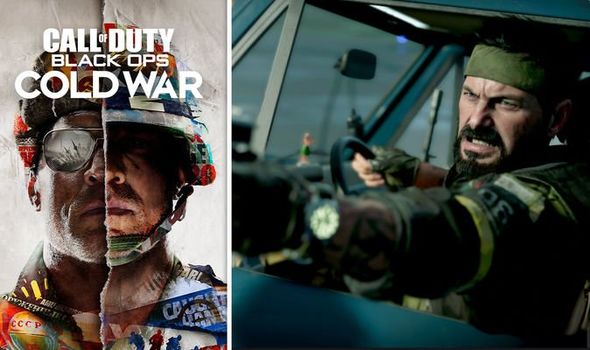 Call of Duty Black Ops Cold War multiplayer gameplay is about to be revealed by Activision.

The Cold War multiplayer reveal will feature insight from the development team, as well as popular Call of Duty streamers.

“Be among the first to see the next generation of Black Ops Multiplayer,” reads an Activision post.

“The biggest streamers in the world come together with Call of Duty developers to give you a deep dive into the latest Multiplayer experience across new maps, modes and experiences.”

There are rumours the Call of Duty Cold War multiplayer reveal will also coincide with a PS5 event, although the wording of Activision’s statement suggests otherwise.

The rumoured PS5 event is also expected to take place on September 9, which is the anniversary of the original PlayStation launching in North America.

At the very least, fans will be hoping to see some next-gen Call of Duty gameplay footage.

Call of Duty Black Ops Cold War is in development for PS4, Xbox One and PC. It will also be available on next-gen platforms including Xbox Series X and PS5.

“In pure Black Ops style, Call of Duty: Black Ops Cold War fuses elements of 1980s pop culture through a mind-bending conspiracy story, where deception and subterfuge are the norm in the gripping single-player Campaign,” reads the official single-player description.

“In this sequel to the original Call of Duty: Black Ops, players encounter historic figures and learn hard truths as they battle around the globe through iconic locales like East Berlin, Turkey, Vietnam, Soviet-era Moscow, and more.

“As elite operatives, players attempt to stop a plot decades in the making as they follow the trail of a shadowy figure named Perseus, who is on a mission to destabilise the global balance of power and change the course of history.”

Recent multiplayer leaks have given fans a look at the brand new Miami map, as well as a newly added VIP Escort mode.

The VIP Escort mode tasks one team with escorting a VIP to the exit, while the other team must stop them.

Elsewhere, Activision has confirmed plans to support cross-platform and cross-generation multiplayer. This means fans on all platforms can play with and against each other.

Similar to Modern Warfare, post-release DLC will also be available free of charge. This includes maps and operators.

The game has been given a November 13 release date on PS4, Xbox One and PC. PS5 and Xbox Series X versions will launch this holiday season.