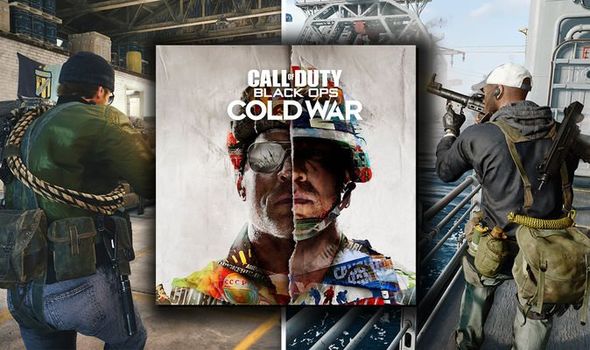 The next Black Ops Cold War beta weekend has an October 15 release date, and a 6pm BST start time for fans living in the UK.

Unlike last weekend’s beta, there’s no early access period, which means anybody and everybody can jump in and play, even without a pre-order.

To ensure you don’t miss a second of the action, it’s probably worth pre-loading the game early. The Call of Duty beta client weighs in at around 25GB, and can be downloaded from this link.

If you took part in last weekend’s beta, then you can jump back in using your existing download.

The free Cold War beta weekend runs until 6pm BST on October 19, so there’s plenty of time to enjoy the action.

Unfortunately, this isn’t the case for Xbox One and PC users, who can only gain early access by pre-ordering the game. You can read all about the Xbox One and PC beta at this link.

On the plus side, the Call of Duty beta will support cross-play multiplayer, meaning you can battle against players from other platforms.

Perhaps we’ll finally settle the PS4 and Xbox One console war – although PC players will probably come out on top due to the whole mouse and keyboard thing.

The Call of Duty Black Ops Cold War beta contains a whole host of maps, modes, weapons and even a few rewards.

“The Beta will feature a selection of the game’s Multiplayer maps set in distinct global locations during the Cold War.

“Players can progress and rank up in the Beta-specific levelling system where loadout items, including new weaponry, covert spy tech through Field Upgrades, and badass Scorestreaks can be unlocked by earning XP.”

New players who reach level 10 in the beta can earn a SMG Weapon Blueprint at the launch of Black Ops Cold War.

But arguably the best reason to play the Cold War beta is to experience the huge Fireteam: Dirty Bomb game mode.

“Fireteam: Dirty Bomb cranks the action up to 11 with multi-squad insanity,” Activision explains.

“A total of 40 players broken out into 10 teams will compete to take out enemies, collect uranium caches, locate Dirty Bombs scattered throughout the map, and successfully deposit their uranium into said bombs to detonate them and get the win.”