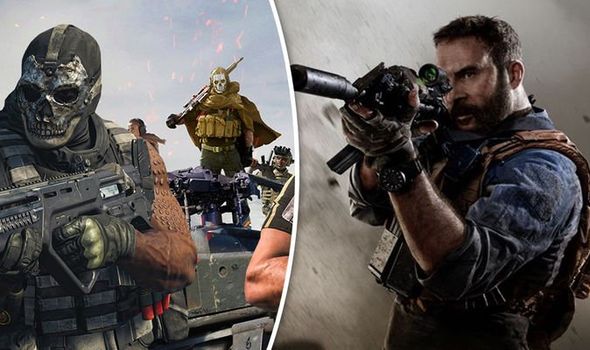 Call of Duty Modern Warfare and Warzone are about to be updated by Infinity Ward.

The next major Call of Duty update could go live as early as 6pm UK time on April 3.

This would mean new players trying out the game as part of the free weekend will also have to update on PS4 and Xbox One.

In the run up to the new Modern Warfare and Warzone updates, Infinity Ward has posted a list of in-game problems on Trello.

The Call of Duty Trello page provides information about the main issues being investigated in Modern Warfare and Warzone.

According to the early patch notes, the next Warzone update should fix problems with players being unable to self-revive.

Likewise, players who switch weapons to single-fire mode have been unable to swap for another weapon until switched back to auto. This should also be fixed in the next update.

You can see the full list of imminent fixes and issues under investigation in the early patch notes below.

• When mounting while crouched, counts as a standing mount and the UI position indicator shows the player as standing

• Audio on the PKM is incorrect

• Wyatt’s Outback skin can be seen through Thermal Scopes

• Players were unable to revive a teammate in the poppy garden, North of the Airport

• Players are unable to use self revive when playing BR solos

• Players are being killed before the ATV actually impacts the player

• In a rare case, a player found weapons appearing on the ground while in the Gulag

• After being brought back into the match, a player was in a state where they couldn’t interact with the teams loadout drop, and they had the revive prompt on them even though they were alive