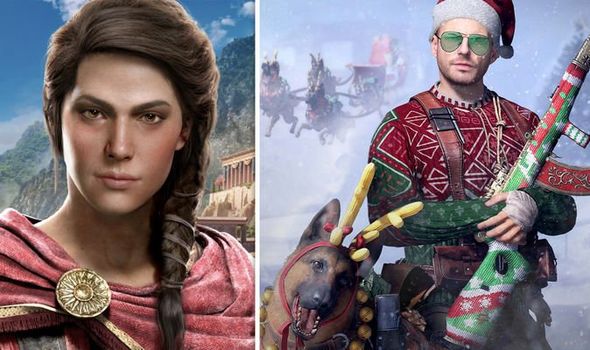 If you’re planning a marathon gaming weekend, then a couple of free downloads should be high on your radar.

Two of the biggest gaming franchises are available for free right now, but only for a limited time.

First up is Call of Duty Vanguard multiplayer, which is free from December 16 until December 21.

Better yet, fans can enjoy double XP bonuses on weapons to Operators and everything in between.

Activision explains more: “The most wonderful time of the year is here: a free access weekend for Call of Duty: Vanguard Multiplayer, complete with Max XP bonuses, during Festive Fervor.

Among the game modes included in the free weekend is Champion Hill, which is described as a survival tournament mode featuring smaller team battles.

Then there’s the Free Kills Playlist, which is a mix of Team Deathmatch, Domination, and Hardpoint on maps such as Radar, Das Haus, Hotel Royal, Eagle’s Nest, Numa Numa, and Shipment.

As an added bonus, anybody who purchases the game before December 31 will receive additional bonus content.

This includes ten Battle Pass Tier Skips for Season One, as well as a 10% Global Player, Weapon, and Battle Pass XP Boost during the season.

In addition to Call of Duty Vanguard, Assassin’s Creed Odyssey is also holding a free weekend.

“To celebrate Ubisoft’s 35th anniversary, Assassin’s Creed Odyssey will be free to play from December 16–19!

“Write your own epic odyssey as you adventure across Ancient Greece and become a legendary Spartan hero.”

The game sees players travel to Ancient Greece, where they’ll enjoy a branching narrative based on the game’s dialogue system.