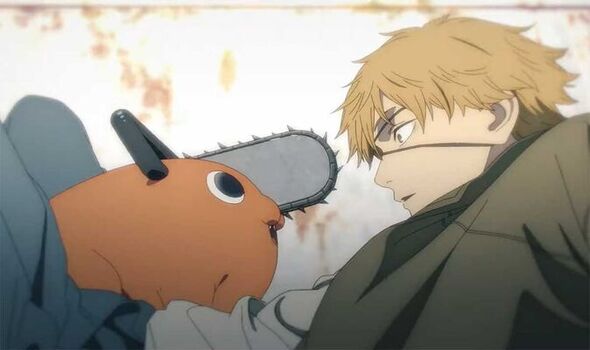 The Chainsaw Man anime is finally here, with episode 1 and episode 2 of the subtitled version already available on Crunchyroll. But if you’ve been waiting for the dub before delving in to one of the biggest anime shows of 2022 then we’ve got some good news. Crunchyroll has confirmed the release date and time for the Chainsaw Man dub, with episode 1 airing on Tuesday, October 25 at 8.30pm UK time.

This means the dub of the Chainsaw Man anime premiere will air a few hours after episode 3 of the subbed, Japanese language version becomes available.

And, if you’ve been following the subtitled version so far, here’s details on the release time for episode 3 on the very same day…

Alongside the reveal of the Chainsaw Man anime dub release date Crunchyroll also announced the English-language voice actor for Pochita.

The fan favourite character will be voiced by Lindsay Seidel, known for her role as dear old Potato Girl Gabi on Attack On Titan.

Here are details on the English language voice actors for Denji, Pochita, Power, Aki and Makima in Chainsaw Man…

The Chainsaw Man anime will initially run for 12 episodes, and is exclusively available to watch on Crunchyroll.

Unlike before, new episodes of simulcast shows aren’t available on Crunchyroll’s ad-supported plan – so you’ll have to sign-up to a paid-for membership.

Crunchyroll subscriptions begin from £4.99 a month and include 14 day free trials.

If you can’t wait till October 25 to watch the dub of the Chainsaw Man anime the subtitled version is available now, with episode 1 and 2 released so far.

Shiori Izawa as (Nanachi in Made in Abyss) as Pochita

Mariya Ise (Reg in Made in Abyss) as Himeno

Maaya Uchida (Catarina in My Next Life as a Villainess: All Routes Lead to Doom!) as Angel Devil

Yo Taichi (Kenya in ERASED) as Akane Sawatari

Looking to stream some anime? Then Crunchyroll will have you covered. The popular service boasts the world’s largest anime streaming library that includes hit shows like Attack on Titan, Demon Slayer, Spy X Family, Chainsaw Man and much more