Hi-Rez Studios recently unleashed a new playable Champion for its free-to-play fantasy team-based shooter Paladins. The new Champion wormed its way into the game to signal the Season 4: Calamity update, which also includes three new editions of the game, and the Season Pass for 2021, Season 4 Ranked Rewards, and a host of bug fixes and overall gameplay improvements.

Paladins’ new playable Champion is Yagorath, the Devourer, an acid-spewing giant immortal worm who has become the game realm’s tallest Champion. Yagorath comes equipped with six legs, has claws and fangs, her own lore and personality, and her own abilities, with one of those being the ability to, as her name indicates, devour other Champions.

The Season 4: Calamity Update Notes describe Yagorath and her abilities in crunching detail, including her Champion-gulping ability. When playing as Yagorath, you can activate her ultimate ability Devour, which will begin to pull your targeted enemy toward you, and immediately triggers a new 4,000-Health pool that replaces your standard Health pool. While your targeted enemy is being dragged towards you, they are immobilized, but can still fire weapons, and are also immune to damage and Crowd Control effects. If your 4,000-Health pool gets depleted (by attacks from any enemy) before your targeted enemy is dragged close enough to you, you are forced to drop them. If you still have Health when they reach you, you automatically Execute them.

Yagorath also comes with two forms, a travel form and a planted form, with each form allowing her to use different abilities. In Planted form, she has access to the Caustic Spray (primary fire) attack, Piercing Quill (alt-fire) AoE attack, and the damage-reducing Hardening (ability 1) ability. In Travel form, Yagorath can leave a Trail of Acid (primary fire), use Acceleration (alt-fire) for a 500 point damage and knockback attack, and use Primal Vision (ability 1) to briefly reveal enemy within 150 units to yourself and your team. 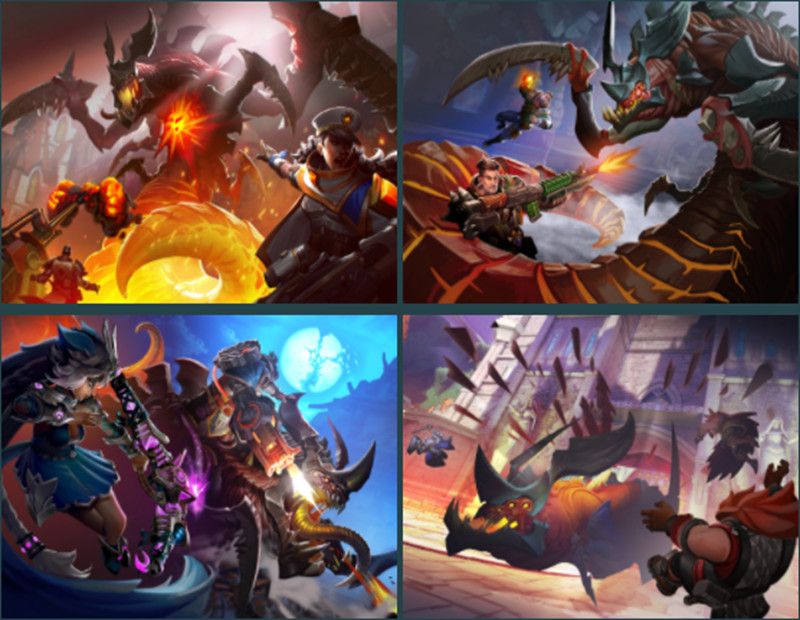 The Update Notes contain the long list of other features that arrived with the Calamity update, including Yagorath’s Talents, weapon and armor Cards, as well as new general player customization options. Details on the 2021 Season Pass include the new content additions you’ll get with every new Champion who gets added in-game this year, as well as the numerous fixes and improvements.

Paladins is available to download and play for free on PC (Steam and Epic), Xbox One X Enhanced, PlayStation, and Nintendo Switch, all linked to from the main website.