Eiyuden Chronicle: Rising is a game that tries to do several things at the same time. Aside from being a side-scrolling action RPG, it also has town-building elements wherein players are tasked with rebuilding the mining town of New Nevaeh following an earthquake.

Not every single one of those ideas comes together well enough to make a coherent whole, and Eiyuden Chronicle: Rising feels more like a proof of concept than a fully-realized game. So with Eiyuden Chronicle: Hundred Heroes slated for release sometime in 2023, here are a few things that could make the gameplay in both titles much better than what we have right now. 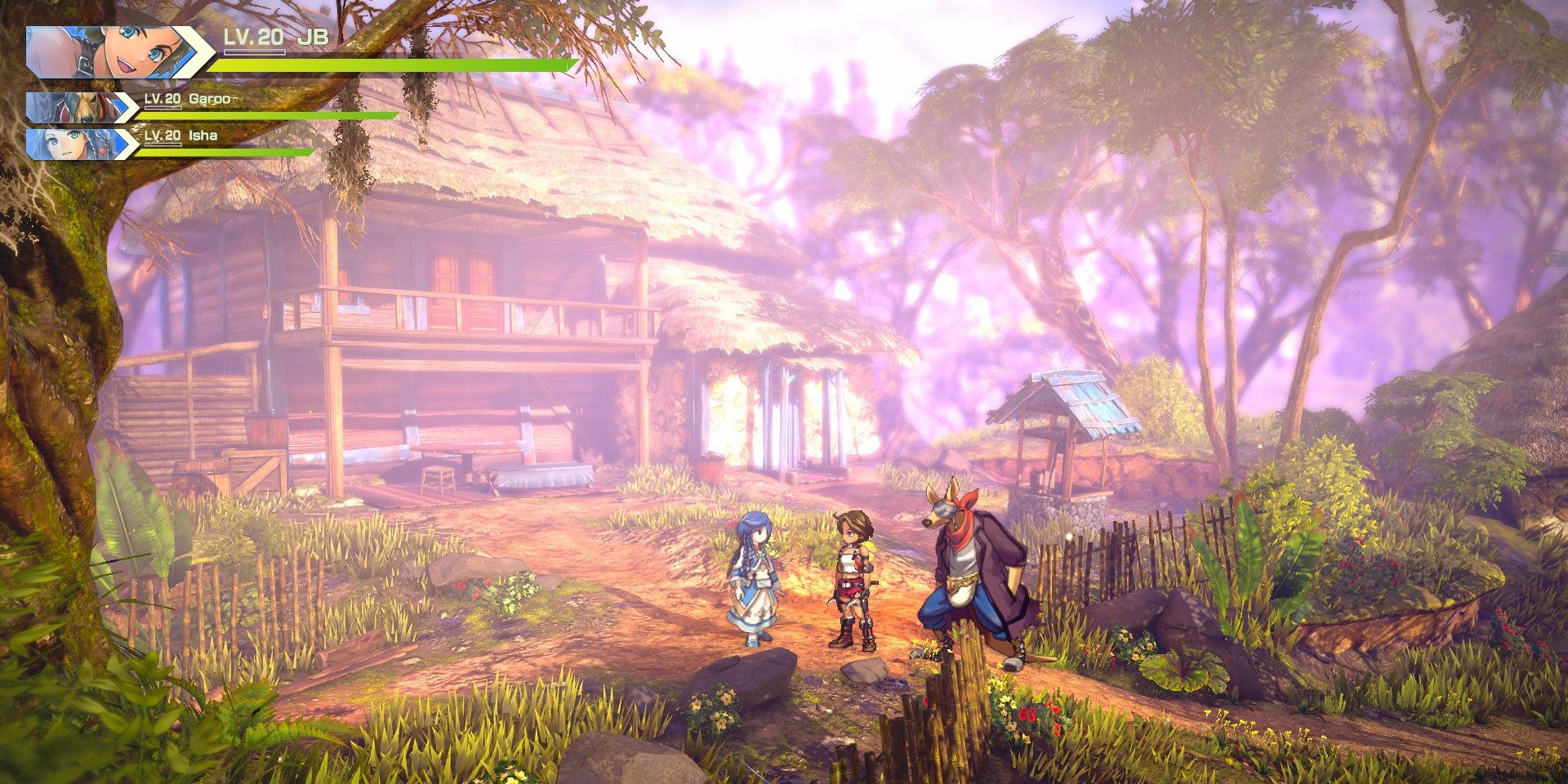 You spend most of your time hunting for treasure in the nearby Runebarrows, as well as taking on side quests from many of the characters you meet in the town of New Nevaeh, with some of them tied to the town upgrading mechanic. This quickly results in a laundry list of things to do in the game, many of which start to feel like busywork before long. As things currently stand, there is too much filler content and mandatory backtracking to make your time with the game feel less like a chore. 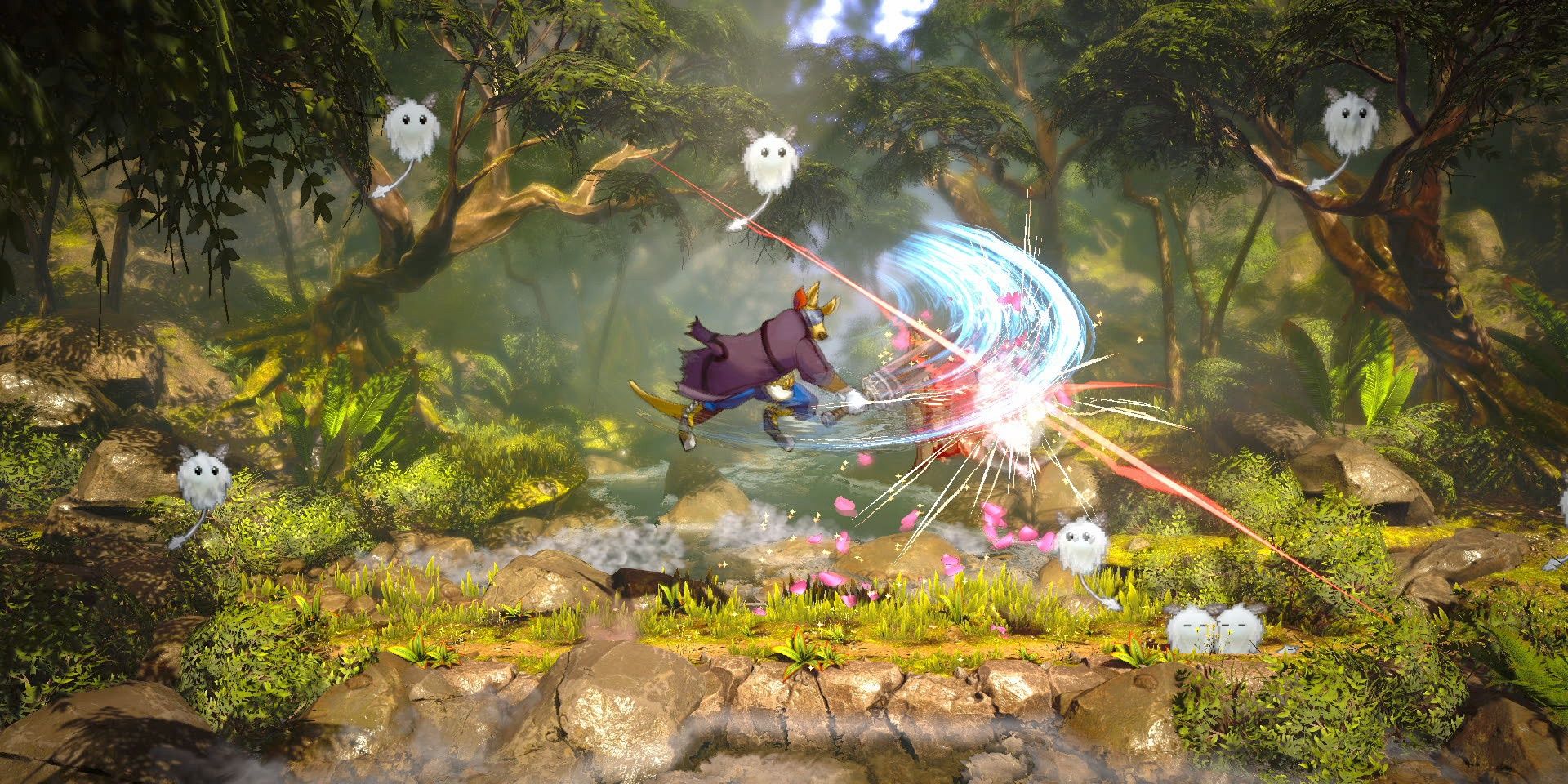 One of the first things that stand out about Eiyuden Chronicle: Rising is its 2.5D graphics, which feature hand-drawn character sprites and gorgeous backgrounds. The style pays homage to the older games in the Suikoden series, while still boasting plenty of modern visual flourishes that weren't possible during the time of those games.

This results in a painterly art style that is often beautiful to look at, from its expressive character portraits to the way environmental details bring each explorable area to life. The illusion is quickly broken though once those characters start to move around the screen in a stuttery fashion during gameplay, which immediately gives the game a lack of polish. This is especially noticeable in the wake of games like Eastward, with its detailed sprites and character animations, making this one feel quite primitive by comparison. 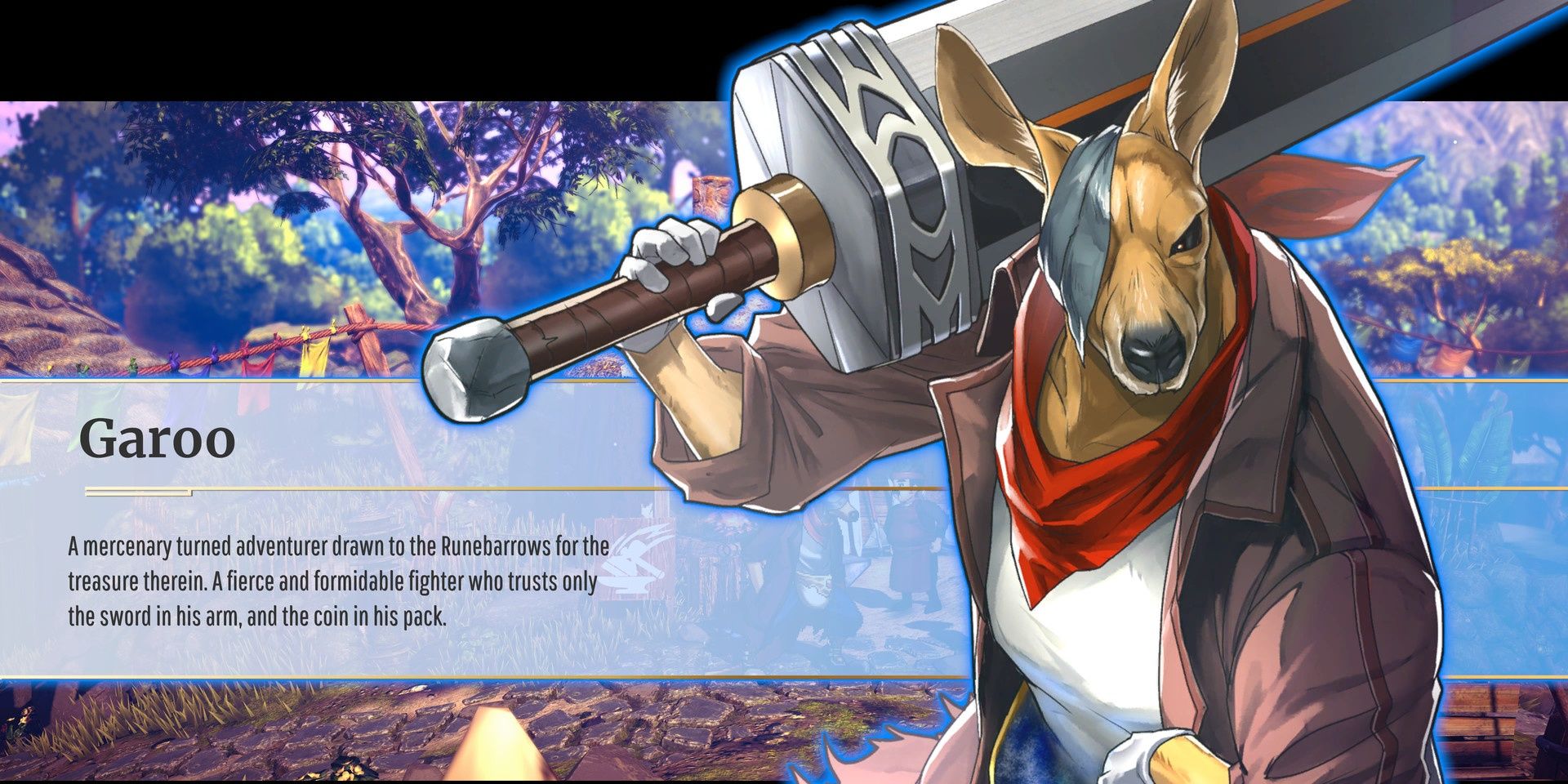 Speaking of characters, Eiyuden Chronicle: Rising has you stepping into the shoes of a young girl named CJ, seeking to find a worthy enough treasure to prove herself to her clan. Along the way, she teams up with an anthropomorphic Kangaroo aptly named Garoo, as well as a magic-user named Isha, forming a rather unlikely trio of heroes.

While on the surface all three characters might appear interesting enough to drive the story forward, they each lack the kind of depth you would expect from your typical RPG heroes, especially in a game modeled after the ones in the Suikoden series. This is not to say that each main character needs to have a mysterious or tragic past like you find in those older titles, but they still need to stay compelling enough in other ways to make your time with them feel worthwhile. So here's hoping that these characters get fleshed out more in Eiyuden Chronicle: Hundred Heroes where they are set to make a reappearance. 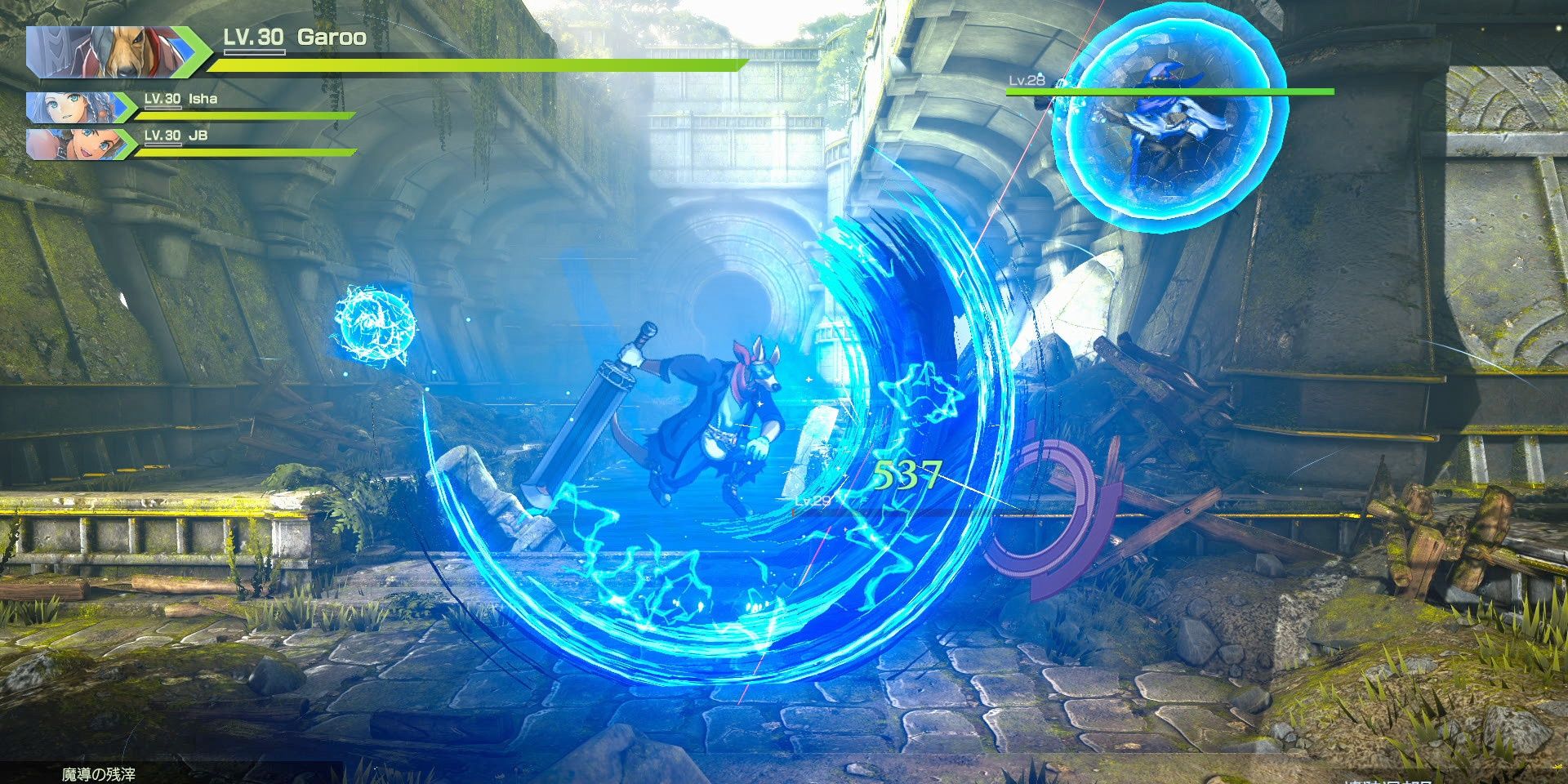 Being a 2D side-scrolling action RPG, there is an inherent limitation to the amount of complexity you can expect from the combat in Eiyuden Chronicle: Rising. You control one main character at a time, but can swap between them on the fly, making it possible to chain combos together in interesting and unique ways. You also unlock new moves along the way, which opens up the possibilities even further.

But while the game appears to make the most of its design restrictions, it still can't help but feel a little too simplified and uninvolved as a result. This is especially true when you compare it to the turn-based battle system from the older Suikoden titles. There is very little in the way of planning and strategy involved when going into enemy encounters, and you essentially find yourself button-mashing your way through most of them. So while the combat might appear adequate for what it is, there is still plenty of room for improvement. 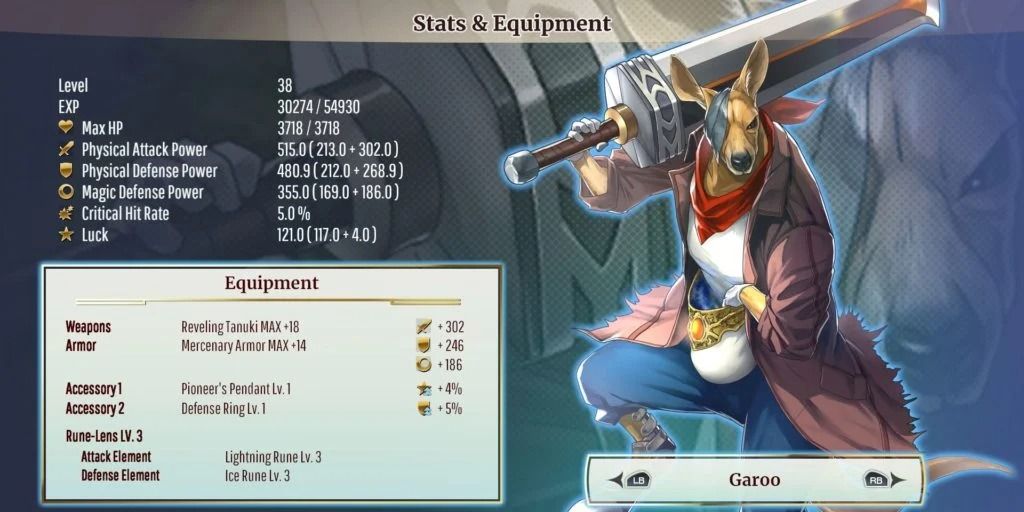 Like most RPGs, Eiyuden Chronicle: Rising presents you with a wealth of things to keep track of. These include your active quests as well as stats for your three party members and their equipment. And while a lot of that information is readily available at the press of a button, you'll still find that the user interface is not as accessible as you might hope.

For example, descriptions for specific quests aren't always clear, so you might find yourself having to spend additional time trying to glean what exactly you need to be doing. Likewise, some vital options for stats and upgrades are hidden underneath layers of menus, making it harder than necessary to reach them. This is why we feel that an overhauled user interface would go a long way in making the game feel more intuitive and less cumbersome to play.