MegaHouse is a Japanese collectibles retailer and designer that carries a huge inventory of figurines from the wide world of anime. This month the company is happy to announce the latest of their figures, a Pokémon figurine that showcases a day in the life for Ash and his team. This new figure shows Ash and his team indulging in some much-needed downtime. A round, grass-covered platform supports Bulbasaur, Squirtle, Jigglypuff, Ash, Pikachu, and Snorlax as they—most of them, anyway—take a group nap. This figure is set to be released for pre-order in Japan on August 28, 2020. MegaHouse has released one other figure under the G.E.M. EX series, a figurine that features a few favorite electric types, like Pikachu, Plusle and Minun, and Ampharos, getting up to some shocking fun. 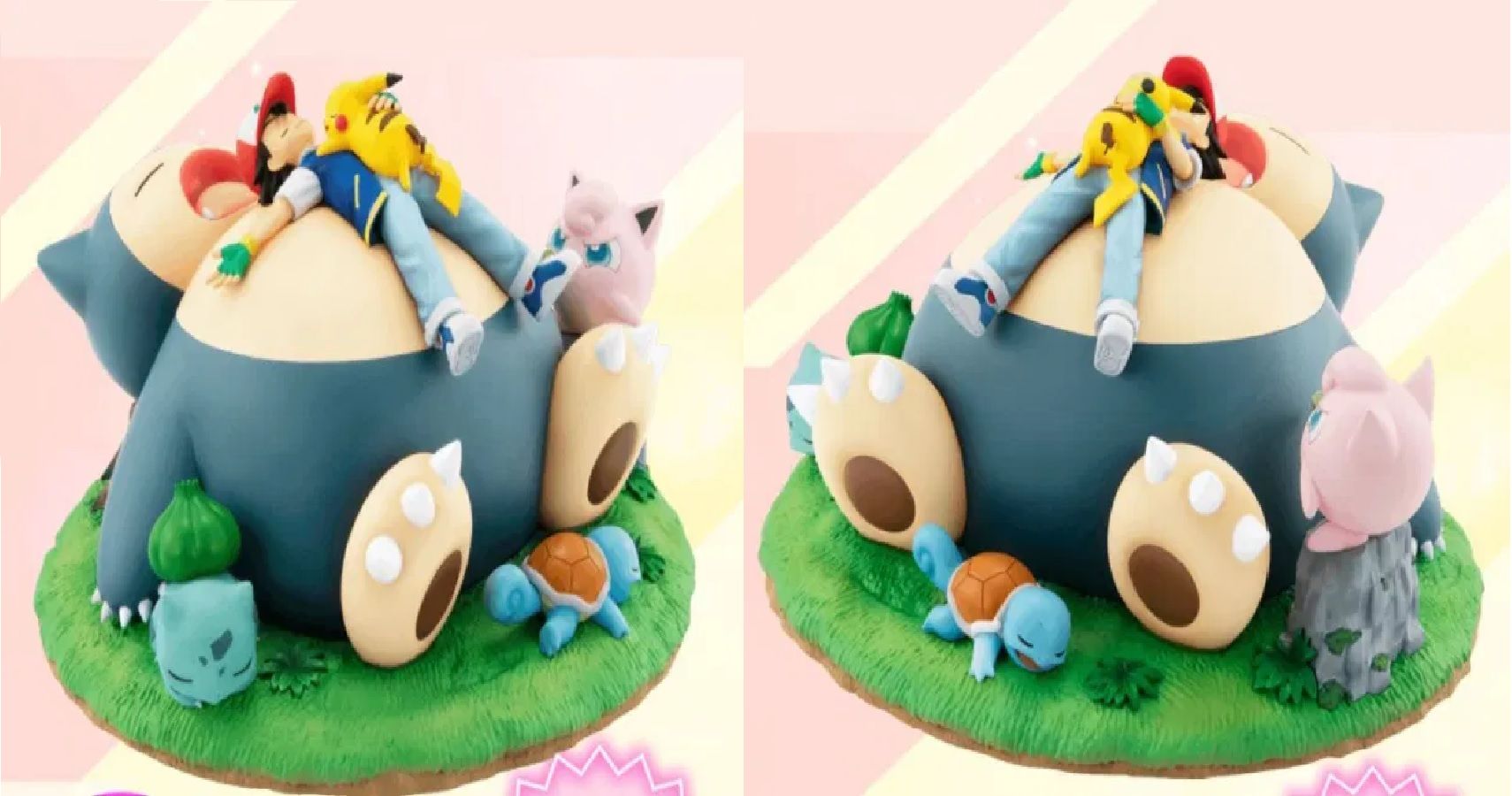 Consistent to the anime, Jigglypuff is not happy about the gang catching a few z’s in her presence, but luckily MegaHouse had the foresight not to mar everyone’s faces with Sharpie’d mustaches and glasses. Ash is living a real dream for a lot of Pokémon fans, as taking a nap with Snorlax as your warm and squishy mattress would be hard to say no to if given the chance. No detail was spared in this G.E.M EX figure, from the sleepy faces of Ash’s Pokémon pals to the lusciousness of the grass they chose. This figurine is a true picture of peace—if you angle it so you can’t see Jigglypuff’s grumpy, puffed up face. Snorlax’s face being frozen mid-snore seems to have that magical effect that seeing someone else yawn has, you’ll suddenly feel… so sleepy…

It’s good to see that Snorlax’s laid back attitude has finally rubbed off on Ash’s Energizer Bunny-esque attitude and energy levels and that everyone is finally taking a break. There’s no western release set for this figure yet, but it’s likely to make its way to a third party retailer before long so that Snorlax fans around the world can get their hands on this perfect depiction of the sleeping Pokémon.