I think it's safe to say that Star Trek: Picard has not made the most out of Q. John de Lancie's legendary trickster is one of the most entertaining, mischievous, complex, and downright fun villains in the history of Star Trek. Yet I haven't seen much, or any, of that in the new show yet. But fret not, because this is as good an excuse as any to revisit some of Q's greatest moments from Star Trek's golden era. 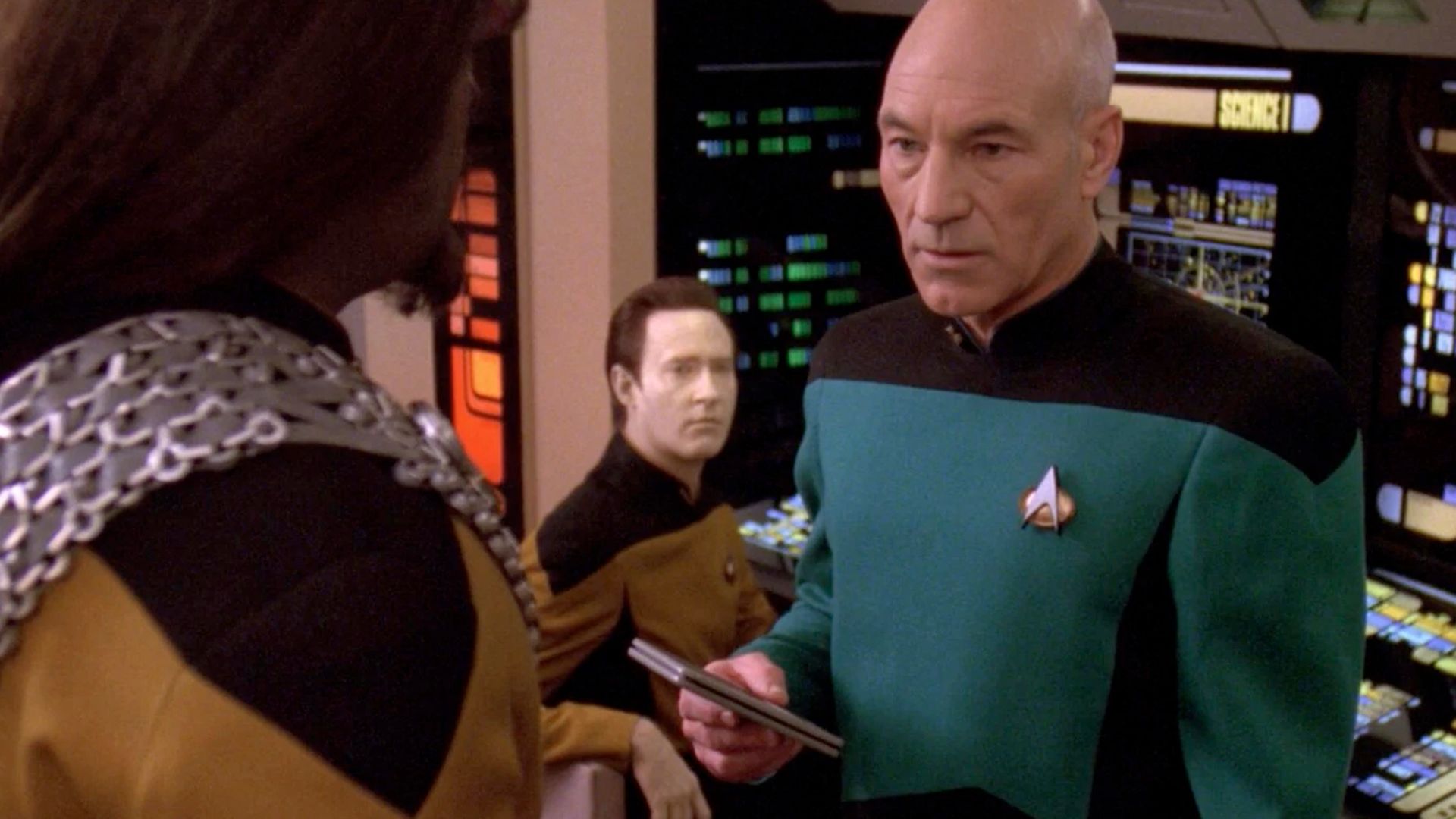 Q episodes don't get any better. In a shock opening, Picard's artificial heart is damaged and he dies. But Q intervenes, taking him back to relive his youth in a sci-fi take on A Christmas Carol—including the fateful bar fight that led to him needing a heart transplant. Scripted by Ronald D. Moore, one of Star Trek's best writers, this episode shows both sides of Q: the cruel prankster who delights in tormenting Picard, but also the self-appointed guardian who wants him to acknowledge his flaws so he can, in his eyes, become the best version of himself. This episode explores their complex relationship brilliantly. 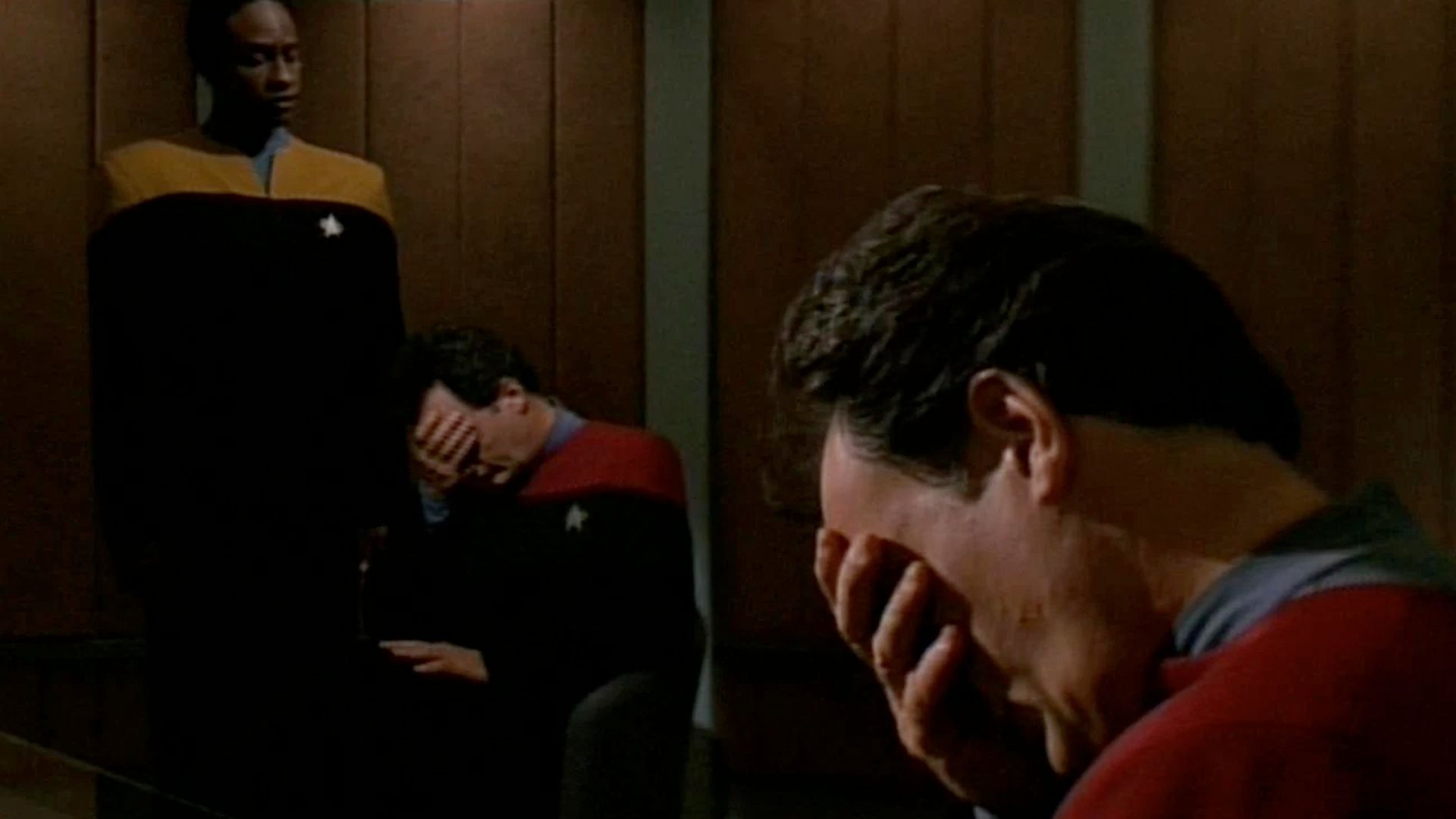 Classic Star Trek was always great at tackling challenging, controversial issues through a sci-fi lens, and Death Wish is one of the best examples of this. Another member of the Q Continuum, Quinn, wishes to become mortal and commit suicide—which Q, representing the Continuum, wants to imprison him for. Finding herself the judge of a trial determining his fate, Janeway is torn between sending Quinn to prison for eternity, or making him mortal and essentially assisting his suicide. It's a hell of a moral dilemma, and this episode is one of the deepest explorations of the Q, their way of life, and the curse of omnipotence. 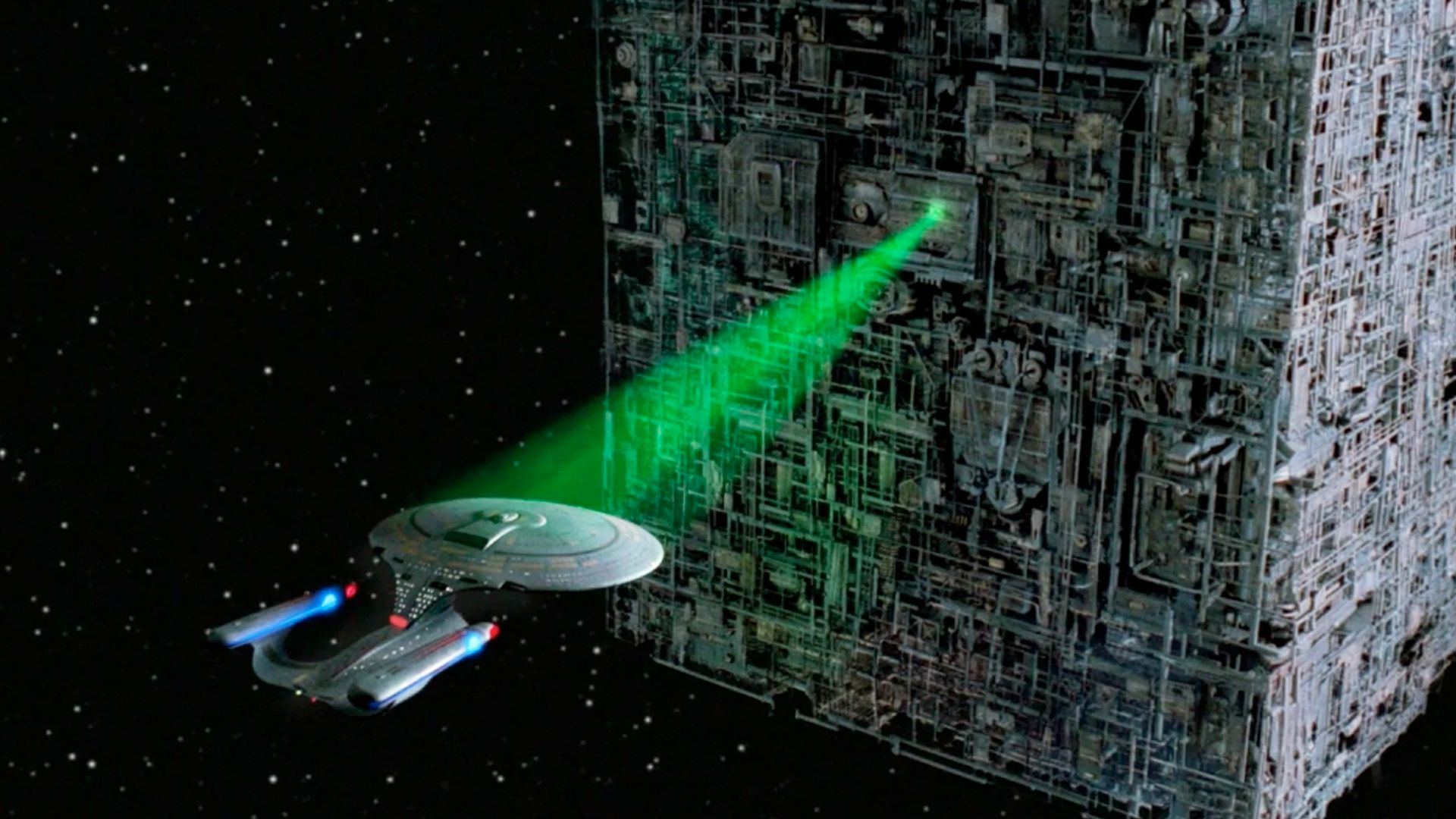 Q returns to play with Picard, his favourite toy. He appears on the Enterprise and asks to join the crew—even offering to relinquish his godlike powers. A rightly distrustful Picard denies his request, and Q retaliates in anger, tossing the ship into the depths of unexplored space and introducing the crew to a dangerous new species: the Borg. This is one of the most significant moments in Star Trek history, with repercussions that echo throughout the whole series. It's Q at his most wilfully, gleefully malicious, with no hidden lesson to be learned. He just wants to get a reaction out of Picard, and it works. 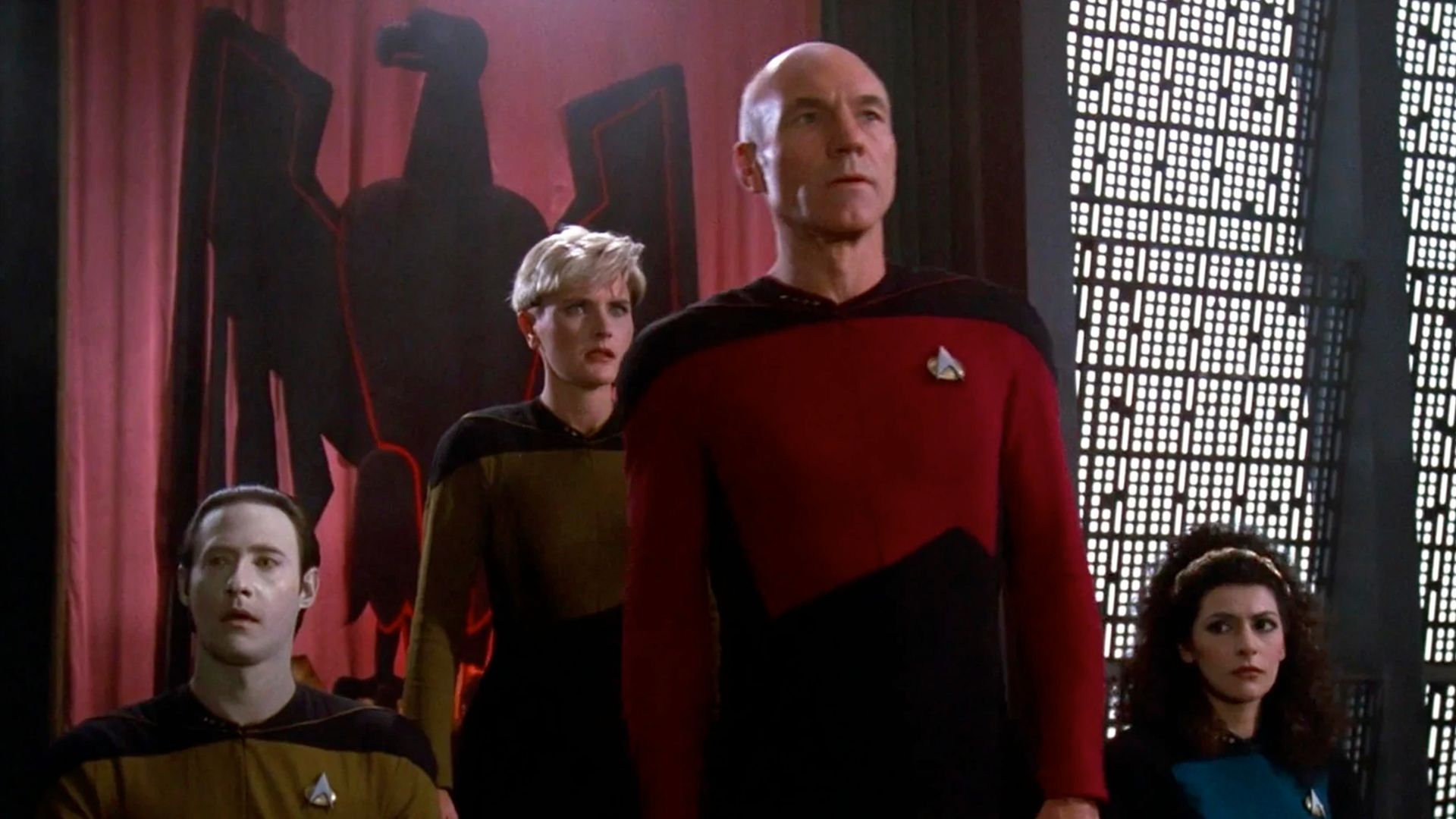 The very first episode of TNG was also the first starring Q. While the first season is pretty bad overall, Encounter at Farpoint is still a classic. Q plays the role of judge and puts humanity on trial. He's less tricksy and mischievous than he is in later episodes, but his cruel streak is very much present. He considers humanity to be a barbaric, primitive species, and Picard has to make a case to the contrary. This is the first time the pair butt heads, but the fierce rivalry is already there, and only gets more bitter as the show goes on. A memorable debut where it's abundantly clear this is the role John de Lancie was born to play. 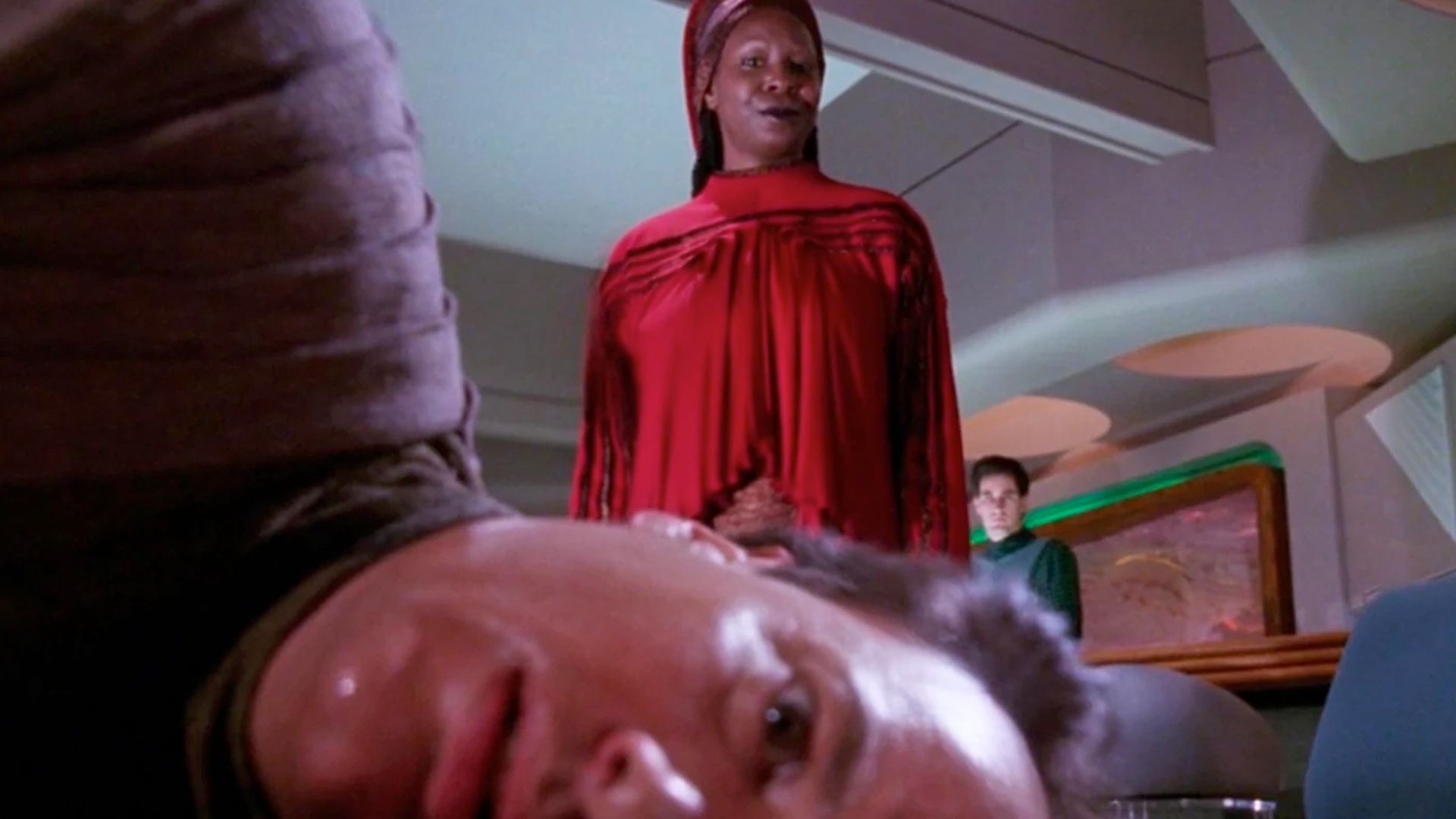 In an amusing twist on the Q formula, this episode sees the character stripped of his powers—and, hilariously, of his clothes—and dumped on the bridge of the Enterprise. Cast out by the Continuum, Q has to deal with being mortal and depend on the good will of a ship full of people who hate him. This is a rare moment of soul-searching for the character, who is forced to confront his worst traits—namely taking pleasure in the suffering of others. It's a fitting punishment for his actions in Q Who. Seeing Q humbled is always enjoyable, but he still has that sense of fun and mischief that makes him so endlessly watchable. 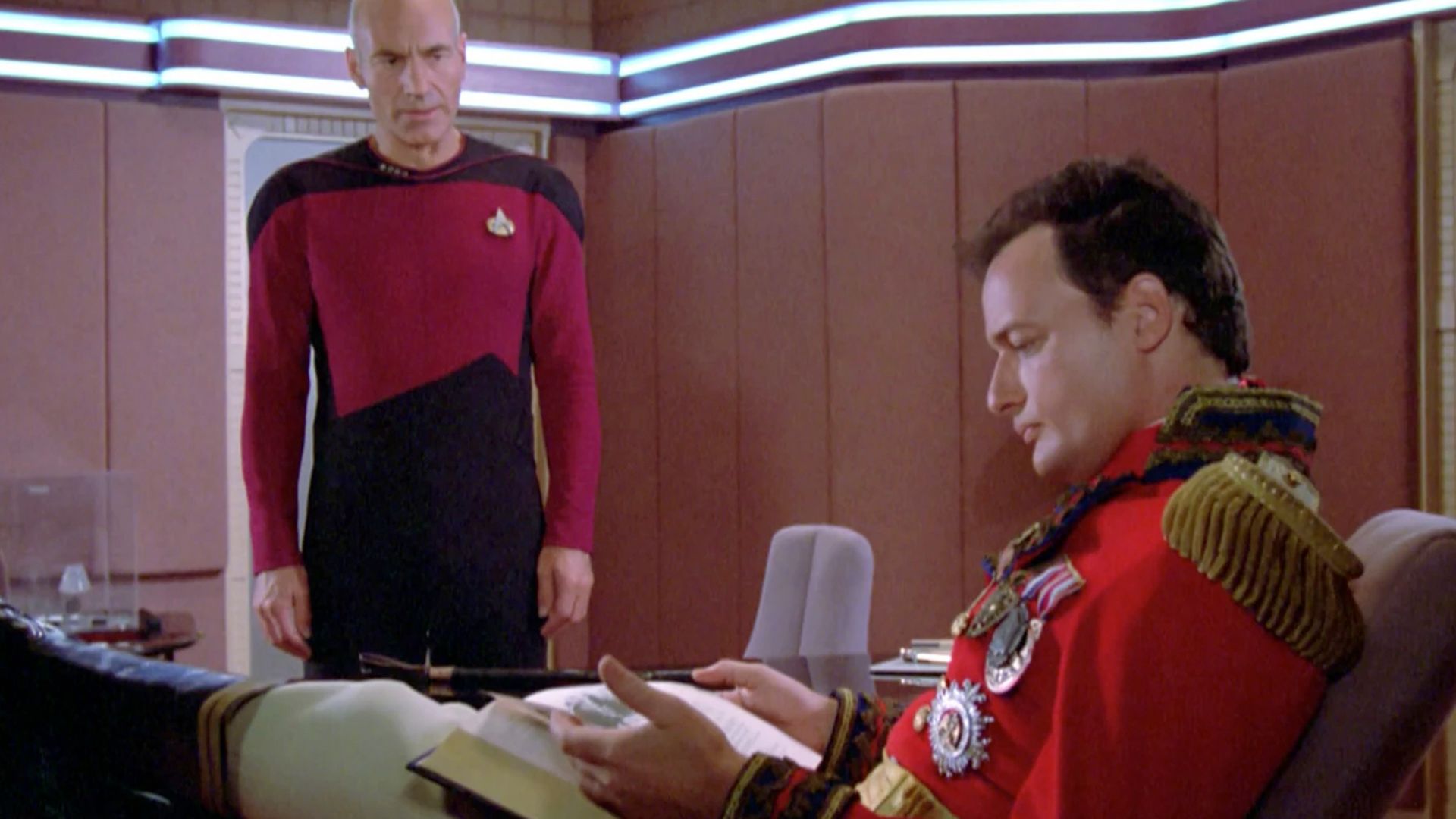 This is another great example of Q just being a straight-up jerk, as well as indulging in his love of dressing up in fancy costumes. As part of a twisted game he freely admits is unfair, he grants Riker the powers of the Q Continuum. Q claims this is all part of his ongoing quest to understand humanity, but it's clear he's getting a kick out of freaking these lesser beings out with his reality-altering powers. He gets his comeuppance in the end, in part thanks to Riker's unwillingness to become a god, but still has fun subjecting Picard and the crew to his sick little game. Fun to watch, but I'm glad they gave Q more nuance later on.