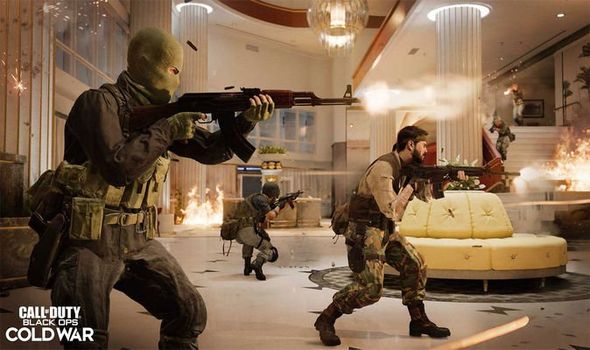 Call of Duty Black Ops: Cold War gamers can no longer play Prop Hunt since it was removed from the Playlist rotation today.

This was done to make way for new modes, including Shamrock Stockpile, which is available for the next week.

But while today’s Cold War update has removed a fan-favourite, it’s not all gloom and doom for those passionate about hiding in plain sight.

The good news is that Prop Hunt is getting more maps during its downtime, meaning there will be new locations to explore very soon.

Treyarch hasn’t provided a timeline for the return of Prop Hunt, but it sounds like it could be back in rotation before the end of Season 2.

A message from Treyarch explains: “Prop Hunt is taking a short break while we refresh the prop selection on our existing maps and add support for two more maps later in the season: Satellite and our next 6v6 map, Miami Strike. Face Off and Gunfight Blueprints also return to the Featured Playlist rotation this week.”

The development team behind the hit shooter has also confirmed that they have added further support for in-game patch notes.

This will make it easier to check out the latest changes without having to search for them on the web.

According to Treyarch, players will now see the new Patch Notes tab at the Message of the Day screen, keeping everyone up to date on the latest additions to the game.

COD fans can now navigate to the set of notes you’d like to read and scroll through to see what’s new.

Today’s update also includes the release of the new E-Tool melee weapon, new fixes and gameplay improvements for Zombies and League Play, and a new UI feature in Create-a-Class.

The new Stockpile event takes over the from the crossover with Warzone, although it doesn’t come with nearly as many cosmetic rewards. Warzone is expected to take centre stage over the coming weeks, with Cold War playing more of a backseat role until after the end of Season 2.

Full patch notes can be found below and include the following changes:

Eliminate your enemies and collect the Shamrocks they drop, grab as many as you can, and deposit your stash at the Pot o’ Gold to earn points for your team. The first team to hit the score limit wins, but be careful… you’ll drop your entire stockpile if you go down.