Europa Universalis IV: Leviathan features new diplomatic and economic tools for you to govern your empire with, along with bringing some important changes to Colonies, Regencies, and your capitals. Leviathan also factors in a free major update to the base game that “ reworks the Southeast Asian and Australasian maps”, according to the announcement.

With the expansion having just been announced, the details are still slim and few as of this writing. The announcement post states the expansion’s gameplay includes new tools “that allow you to play “tall” with smaller and more focused realms with a few centers of power.” The devs add to that with word that you’ll be able to establish and control smaller nations, and yet still be able to ‘punch above your weight class’ through focused and strategic use of resources, capital development, vassals, and conquered territories.

As briefly alluded to in the announcement trailer (embedded above), Leviathan will also feature new nations, new cultures, and new religions. The reworks to the Southeast Asian and Australasian maps play in here, with the announcement post saying there’ll be new merchants and monarchs available to offer up new ways to play.

Again, details are lite as of now, but the latest EU4 Development Diary may present some early clues as to what you can expect to see once you get Leviathan loaded. The dev diary focuses on the dev’s work on the continent of Australia, bringing it up from “little unconnected islands” and “an entirely uncolonized block of nothing before colonialism”, to a continent “now entirely connected through colonisable provinces”. The objective was to bring Australia’s pre-European colonization state level with its actual historical state, and to bring its province count and strategic importance “on par with the other colonial regions in the game”. The dev diary gives a close look at Australia’s states and provinces in both colonial and Aboriginal control, and even shows an image of the new Aboriginal unit models. 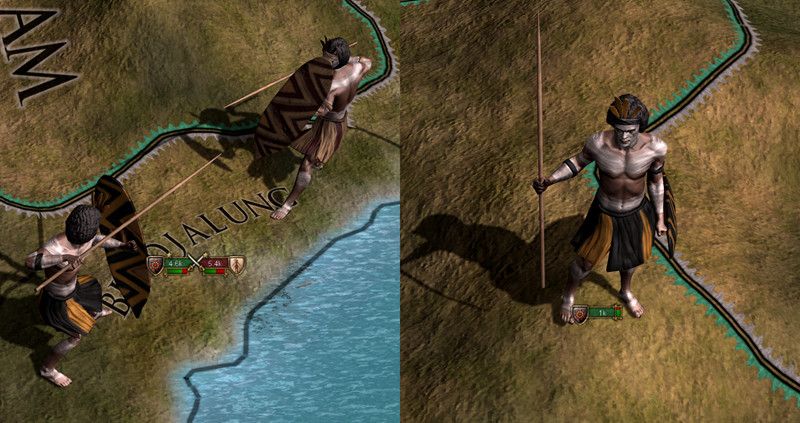 So until Europa Universalis IV: Leviathan becomes available, keep up with the expansion’s development from its Twitter and Facebook channels, as well as through its main product page.