If you’re one of the lucky ones who has been able to secure a PlayStation 5 in the early months of its lifecycle, your PlayStation Plus subscription is about to reward you. Not only is February’s PlayStation Plus lineup giving subscribers the definitive version of Game Informer‘s 2019 Game of the Year, Control, but it’s also adding an all-new PlayStation 5 game to your library on day one, as well as an often-overlooked PS4 gem with a touching story and clever puzzles.

As previously mentioned, the February 2021 PlayStation Plus lineup kicks off with Remedy Entertainment’s Control: Ultimate Edition. This version, which is cross-generational (meaning it works on both PS5 and PS4), includes the critically acclaimed base game, as well as the two expansions: The Foundation and AWE. If you’re unfamiliar with Control, you step into the shoes of Jesse Faden, a women who travels to the Federal Bureau of Control in New York to search for answers about her past. However, right before she arrives, a mysterious force known as The Hiss invades, wreaking havoc on The Oldest House. Jesse must obtain and master newfound power as she steps into the role of the Director and attempts to fight back the Hiss invasion and uncover mysteries about what it is and how it’s connected to her. The PlayStation 5 version utilizes the various features of the DualSense controller, and offers a 60 FPS performance mode or a 30 FPS graphics mode with ray-tracing. To learn more about Control, check out our coverage hub from when the game graced our cover in 2019. 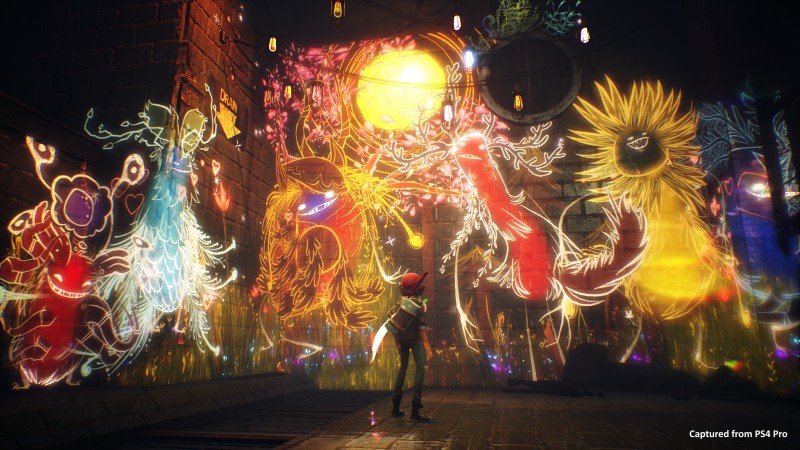