Once Ratau's tutorial concludes in Cult Of The Lamb, you can stop by the Lonely Shack any time you like to play knucklebones. This simple and strategic dice game can be played for fun, or you can bet Coins to try and win some extra cash for your cult. The more skilled the opponent, the more you stand to win if you can beat them.

We've broken down the rules of knucklebones to make them easy to digest. Read on for a crash-course in the forest's favorite dice game, as well as winning strategies to help you rake in the gold!

How To Play Knucklebones 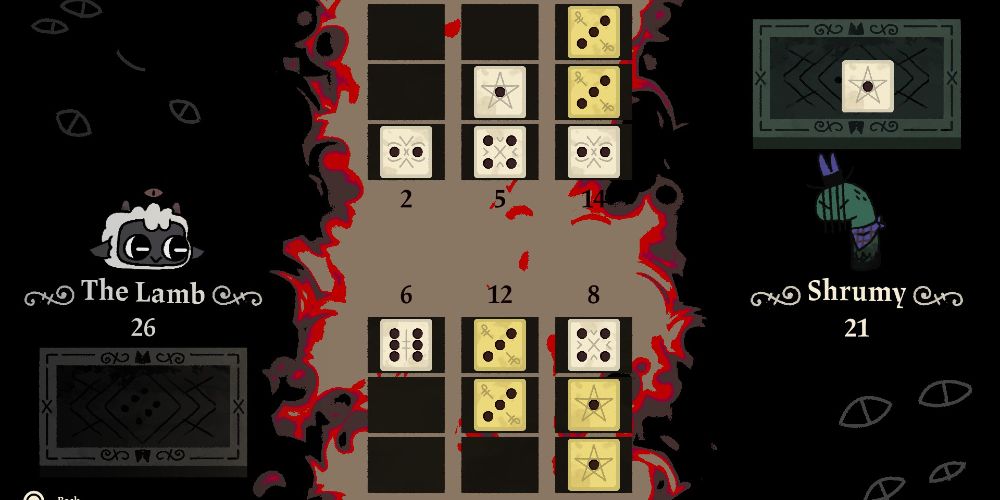 Players take turns rolling a single six-sided die and placing it on their side of the board. Each player has their own 3×3 grid, and their score is the total of all the dice currently placed there. When one player has filled all nine slots on their board, the game ends and the player with the highest score wins.

Each player's grid is divided into three columns. If a player has two or three dice showing the same number in a single column, their values are added together and multiplied by the number of matches. Getting matching dice in the same column is the best way to drive up your score.

If a player places a die that matches one or more dice in their opponent's corresponding column, all of their opponent's matching dice are removed. This allows you to get rid of high-scoring dice, even doubles or triples, as long as you have somewhere for your matching die to go. 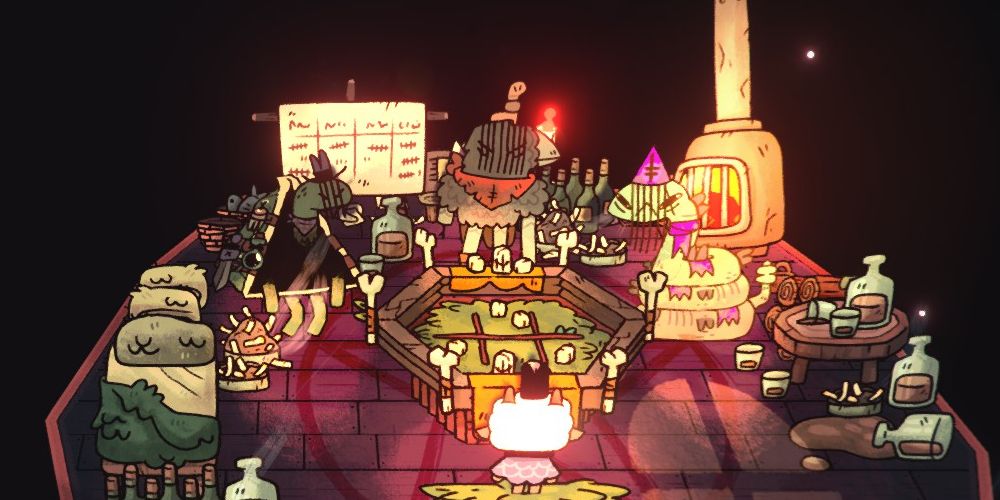 As you explore the realms of the Old Faith, you'll encounter Ratau's friends on their way to the Lonely Shack. They typically appear late in each region, as you're approaching the Bishop's Temple, but you don't have to worry about missing them – they always appear on the main route.

Ratau and his friends have different skill levels at knucklebones. A less-skilled opponent will often make mistakes, missing opportunities to remove your dice or to get doubles and triples. More skilled opponents will not make these mistakes as frequently, providing more of a challenge.

You can play friendly games, or you can bet Coins in increments of five. More skilled opponents have higher maximum bets, letting you put more gold on the line. If you lose the game, you lose the Coins, but if you win, you get the same amount!

How To Win At Knucklebones 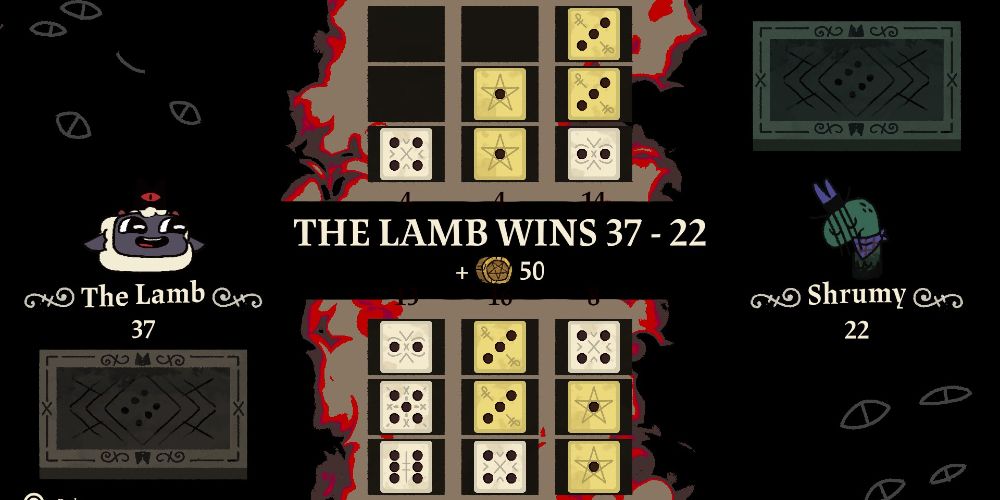 Even Shrumy can be beaten with relative ease as long as you play smart. Whenever you place a die follow these guidelines:

Once you've gotten the hang of knucklebones, you'll be walking out of the Lonely Shack with a full purse every time!