Cyberpunk 2077 gets another much-needed romance mod that adds more life to V's relationship with Judy Alvarez. It also includes the earlier released hug option available almost at any time when you're both staying at her place.

Despite some strengths, Cyberpunk 2077 falls somewhat flat in terms of how your relationships with the game's love interests develop after your complete dedicated questlines. For instance, after your first night with Judy, you can still crash at her place in Kabuki at any time — although there's nothing really to do there. A brief repeated conversation is the only thing that's available to players, while Judy spends all of her time at home simply standing at the window.

A modder nicknamed 'Deceptious' decided to change that with his 'Judy Romanced Enhanced' mod, adding some variety to her daily routine in the PC version. The project can be downloaded on Nexus Mods and adds a few different states for Judy to be in when you visit her apartment later. Of course, she will still visit her favourite window spot from time to time, but now she can also hang out in the kitchen, take a shower, sleep in her bed, or eat some food. 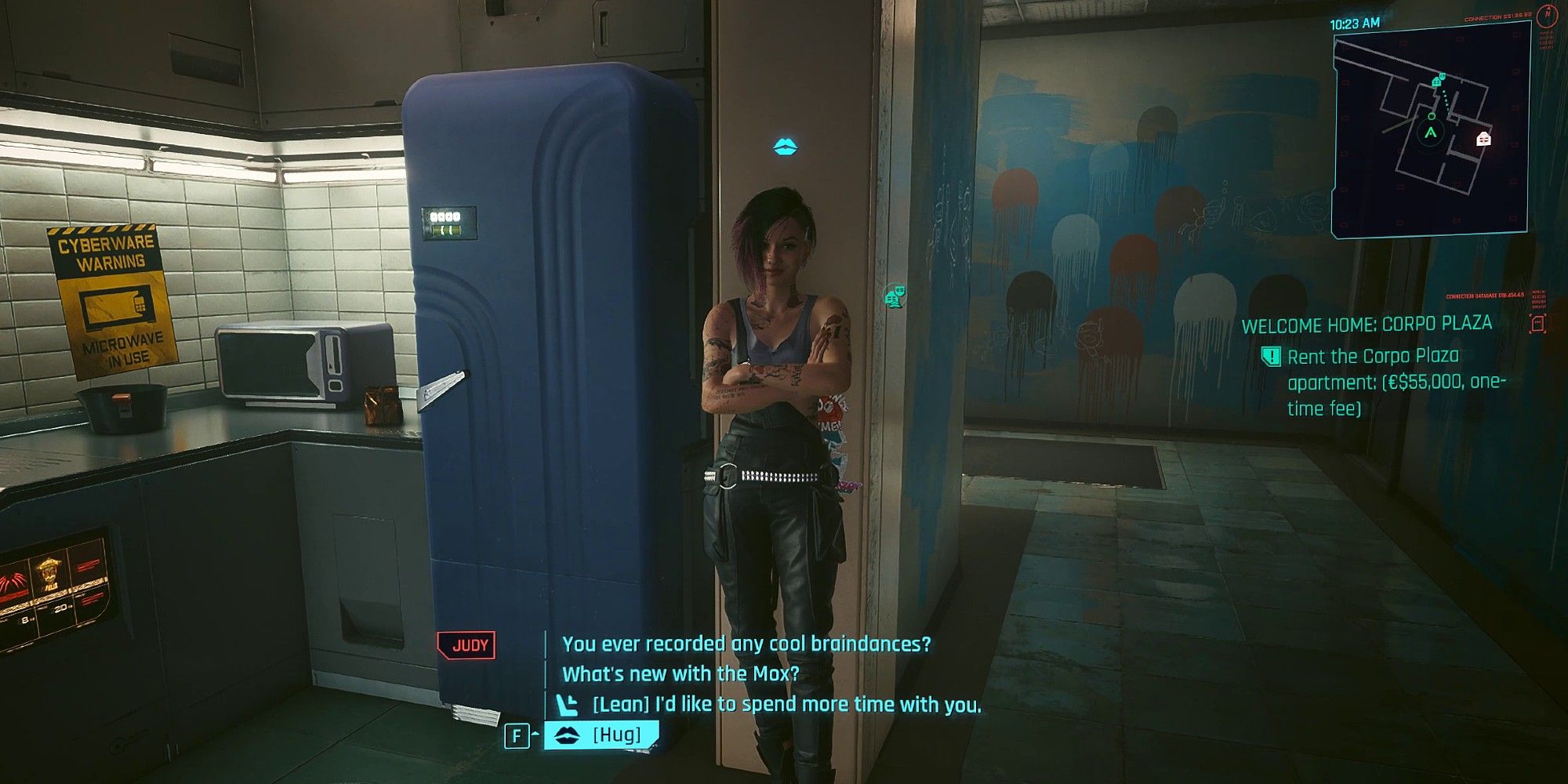 What's even better, is the modder includes another popular Cyberpunk 2077 mod allowing you to hug Judy when talking to her. The hugging animation is taken straight from the game's Star ending, and it is a bit curious why CDPR devs wouldn't let players hug their beloved ones by default.

There are several minor problems with the Judy Romanced Enhanced mod, including minor visual issues when saving or loading within her apartment like errors in the character's appearance, as well as some animation popping. It's also worth noting how incredibly fluent Judy's schedule may seem for a skilled (or possibly retired?) braindance technician — for example, she takes a shower for two hours twice a day. Still, it's much better than what the original game has to offer.