When it comes to Destiny 2, there have been great villains that gaming will remember for years to come… and some that were forgotten directly after you defeat them. Sometimes even during their associated fight. Val Ca'uor anybody?

Luckily, there have been more ups than downs in the live-service FPS. You'll find that many of the best villains are more recent entries to the franchise, which showcases Bungie's steady narrative incline over the last year or two. Destiny has a ton of enemies and bosses, but not all of them can really be described as villains. That honorable title goes to campaign and raid bosses, with one or two notable exceptions.

10 Xol, Will Of A Thousand Voices 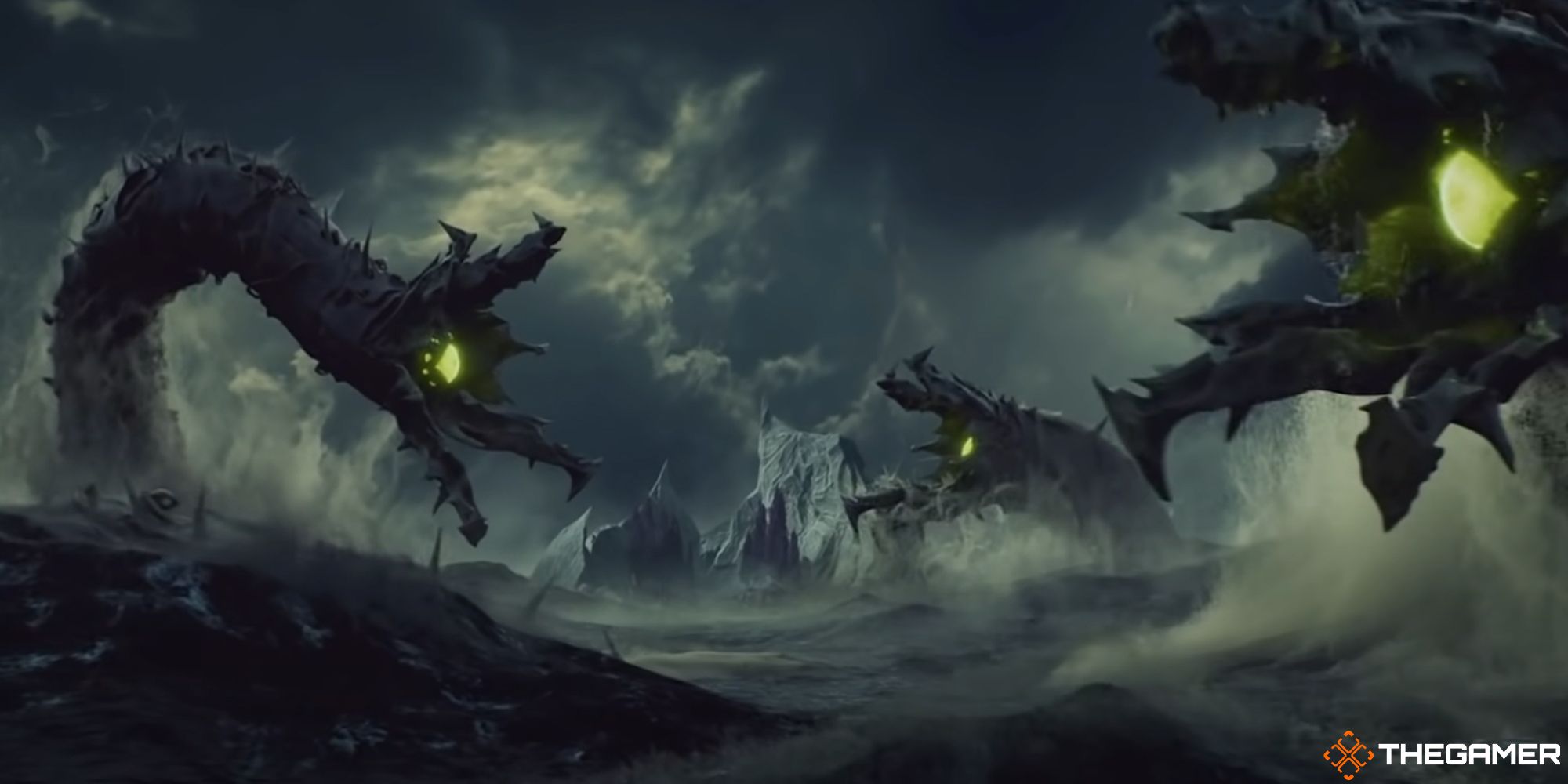 In Destiny's lore, the worm-gods are beings with immense power. Ones who can commune directly with the Darkness itself, a power Oryx gained when he killed his own worm-god and took on the mantle of Taken King.

It's disappointing, then, for Xol to be such an underwhelming villain. Lore wise, he's fine and in-game, his "drown in the deep" line could still send a shiver down your spine if it were still in the game. However, the boss fight made him a forgettable pushover, with such a limited number of moves, low threat, and the threat of the incredibly overpowered warmind javelin. 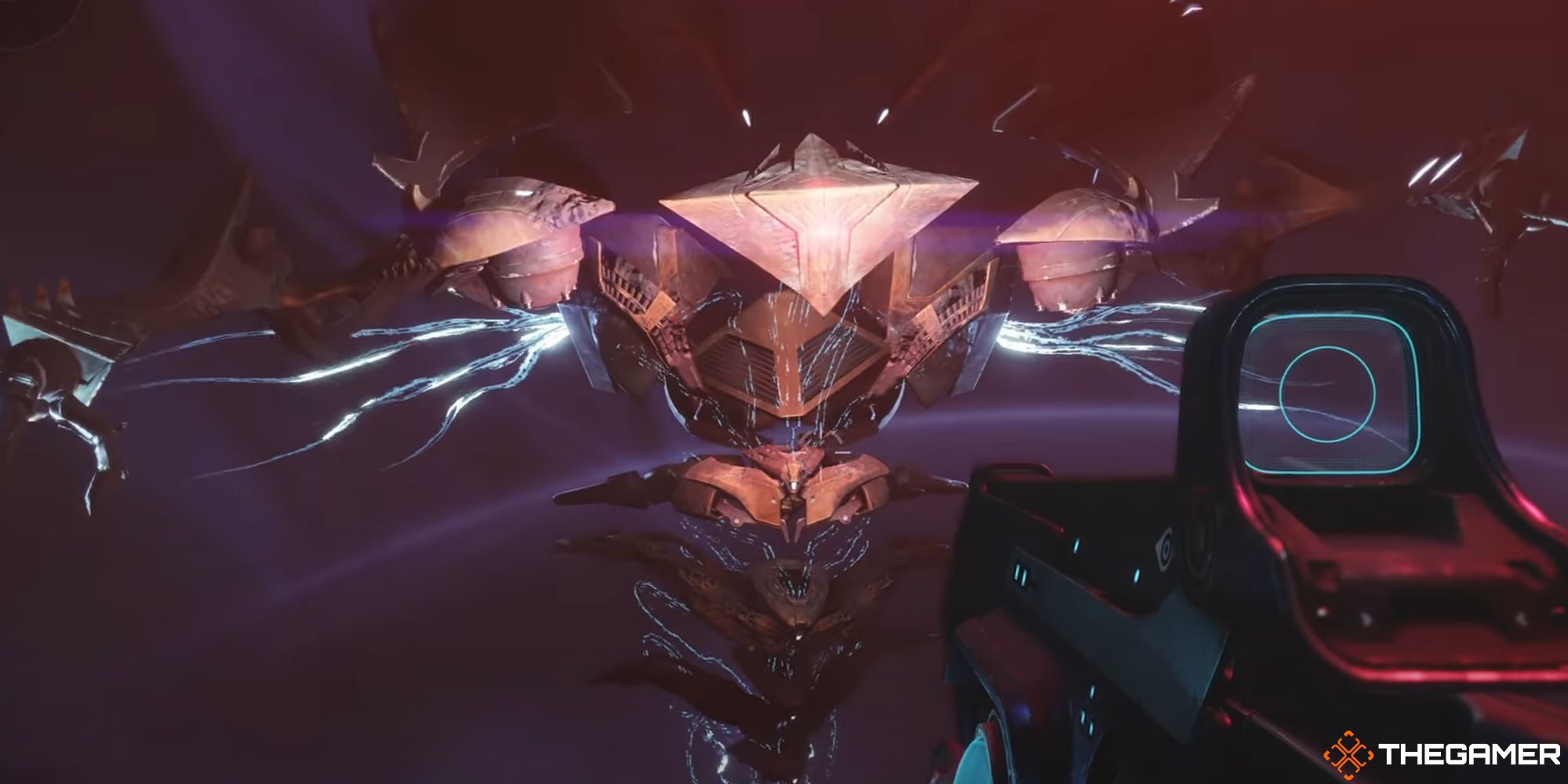 There is a sad theme with Destiny's more powerful enemies not living up to what they are supposedly capable of in the lore. In Panoptes's case, a vex mind with the supposed power to manipulate the infinite forest in whatever way it sees fit, even deleting the Guardian entirely if Osiris hadn't stopped it.

That being said, Panoptes started as an impressive villain, threatening a nearly inevitable future where the Vex win, and all Light is extinguished from the universe. However, during the fight with it, Panoptes just sort of… sits there while you and Osiris dunk some orbs and chunk its health three times, and then poof. That's the end of Panoptes. 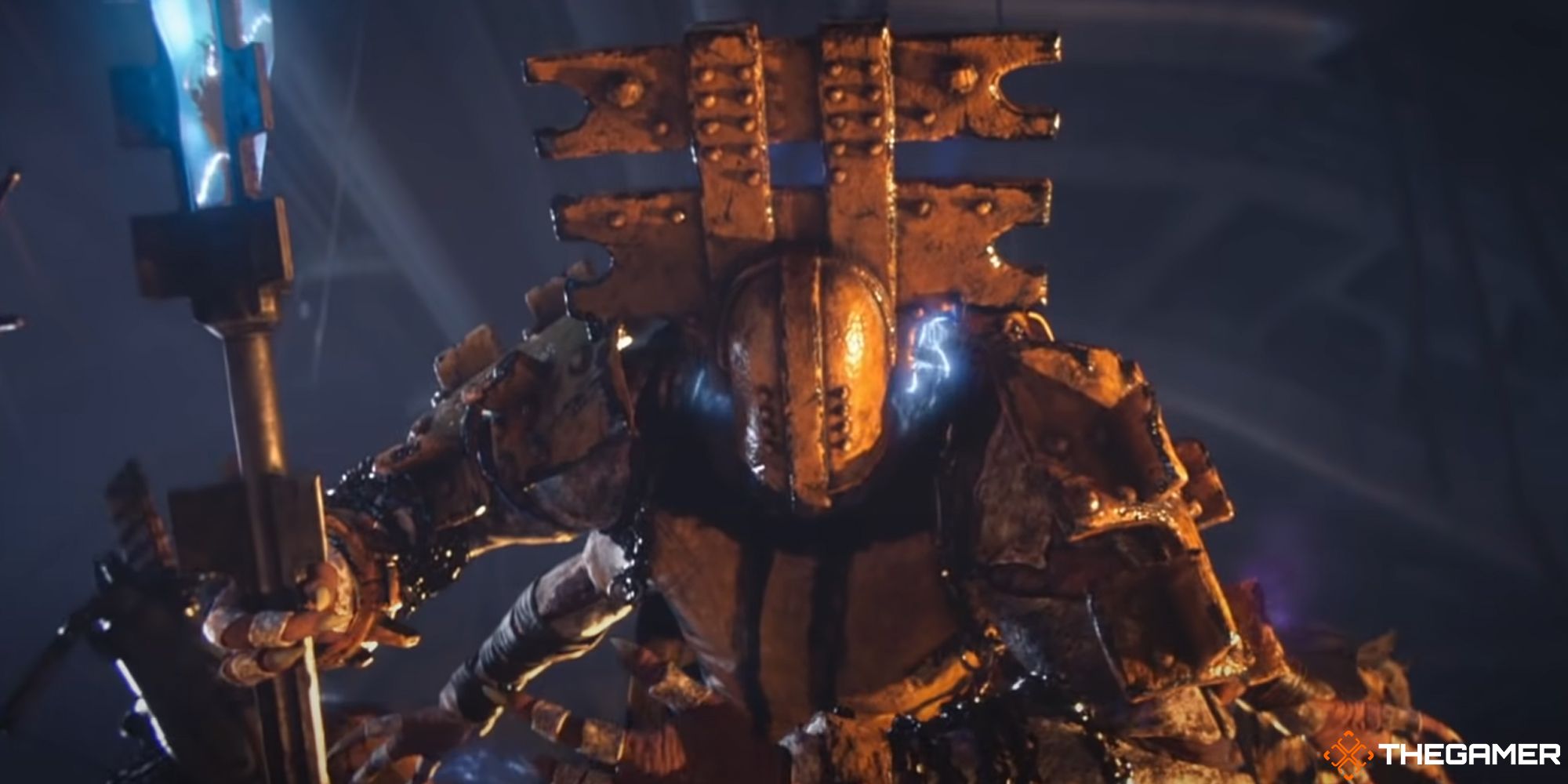 Now the real villains of Destiny 2 start rearing their ugly heads. Fikrul is the leader of the scorn and the barons, loyal to Uldren Sov and arc damage aficionado. Fikrul isn't some all-powerful being like some of the other entries on this list. In fact, throughout his villain ark, he seems very… mortal.

He earns the right to be called a villain because of what he is. A fanatic. Throughout his story, he is completely and totally loyal to Uldren Sov. Uldren, who at this point, was being driven absolutely twisted by Riven and the Darkness. This unchecked devotion meant Fikrul would follow Uldren's order to send the barons out onto the Tangled Shore and unleash chaos without hesitation. 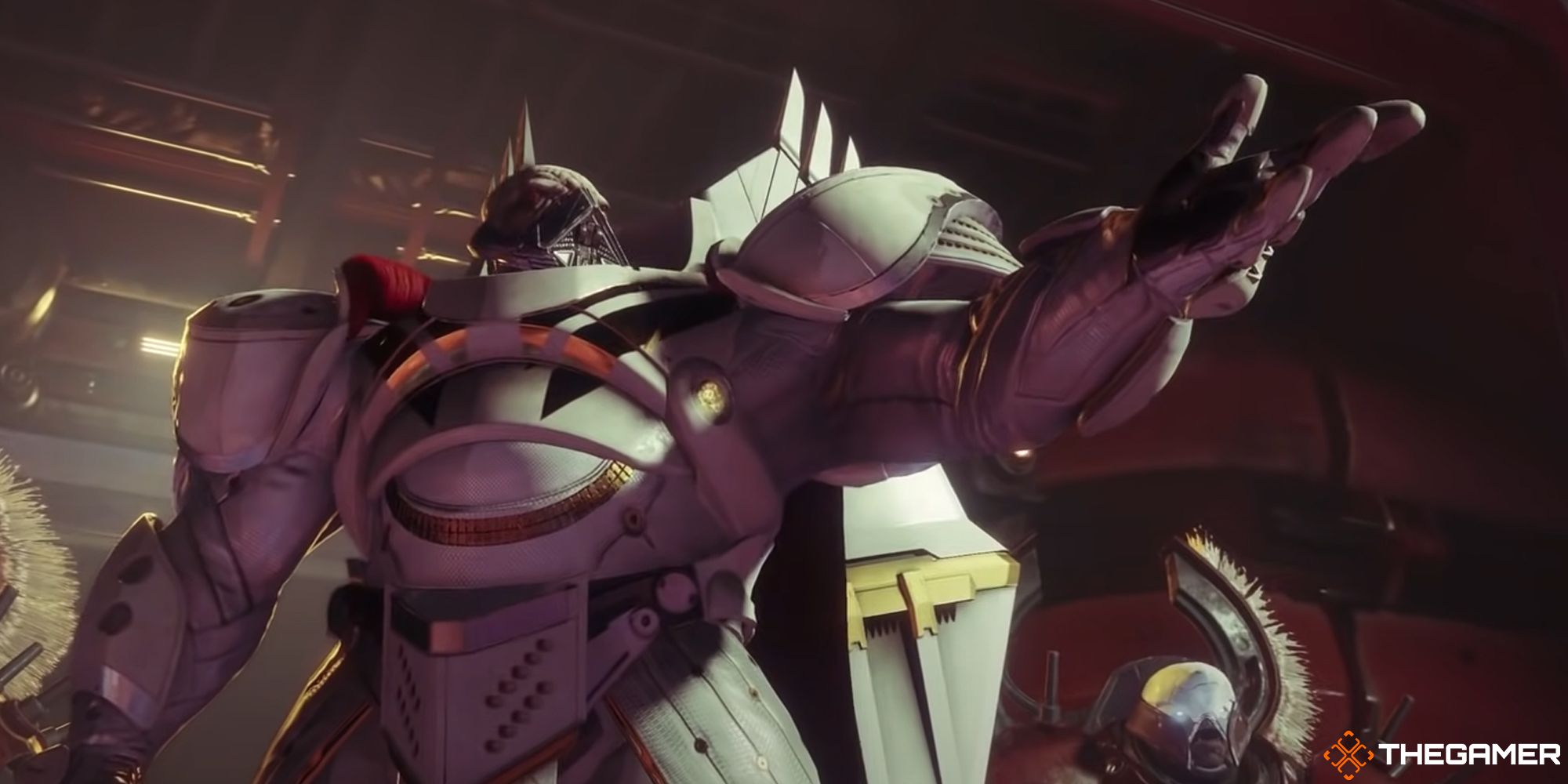 Once leader of the red legion, and then ruler of all Cabal after usurping the throne from Emperor Calus during the midnight coup, Dominus Ghaul is a solid villain. Made even more impressive by accomplishing something no other villain had done before nor since: taking the Last City and taking the Light from humanity.

Throughout his narrative ark, Ghaul is seen wanting desperately for the Traveler to recognize him. The violent and powerful leader of the Cabal sees himself as worthy of the Light, yet his spiral ever downward points to the fact that he isn't, culminating in the Traveler reawakening and dissolving him off the face of the universe. 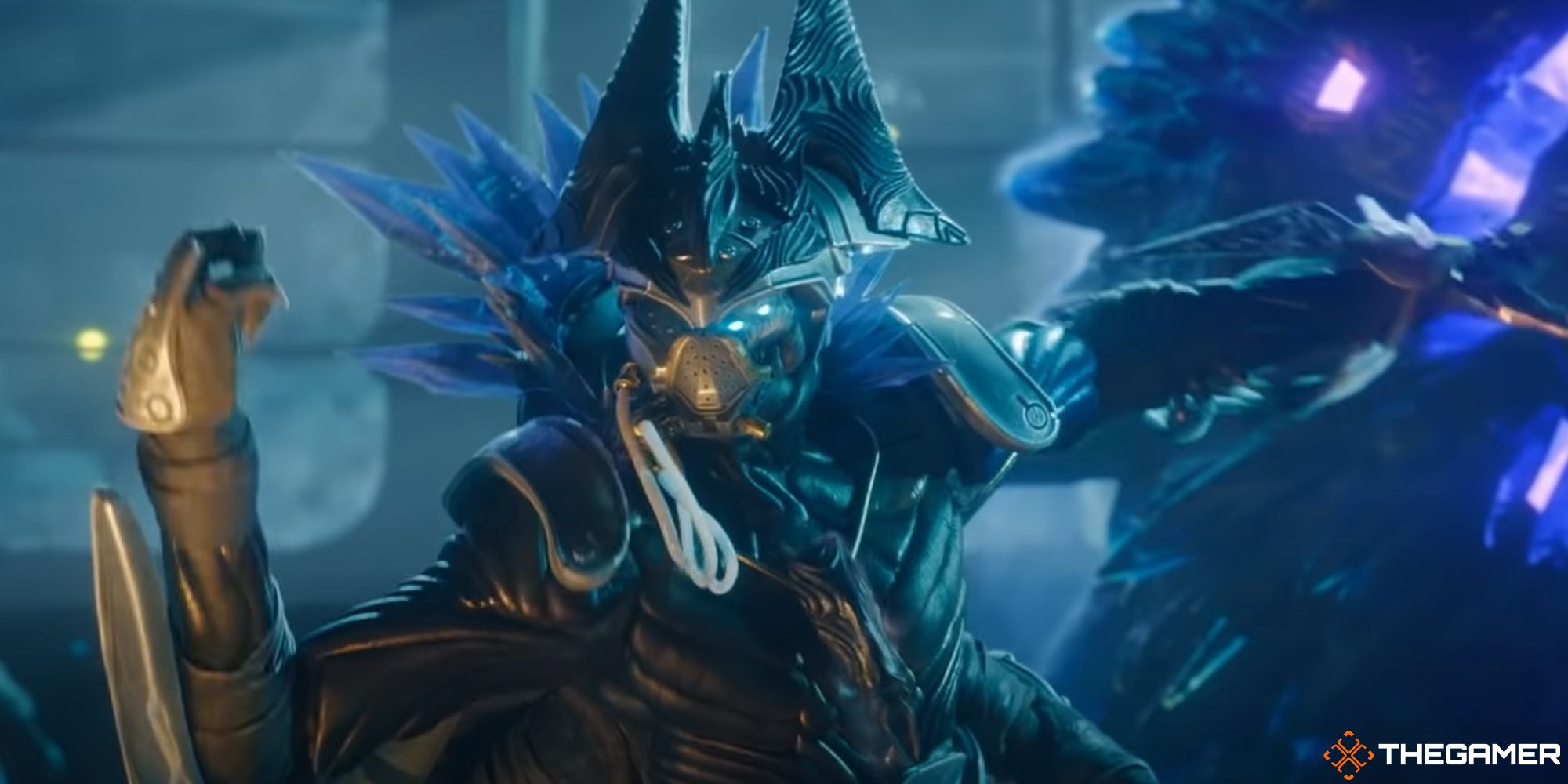 Destiny has two fundamental cosmic forces: the Light, personified by the Traveler, and the Darkness, personified by the pyramid ships – or the Black Heart for those vanilla Destiny veterans. Eramis is the first villain we see in Destiny 2, who wields the power of the Darkness. Stasis. Something she has taken for herself, created machinery to wield, and distributed to her most trusted advisors.

Eramis takes the Eliksni's ideology of praising the traveler and pining for its favor and discards it in search of something greater. Something new. Something darker. Something truly befitting the Fallen name. 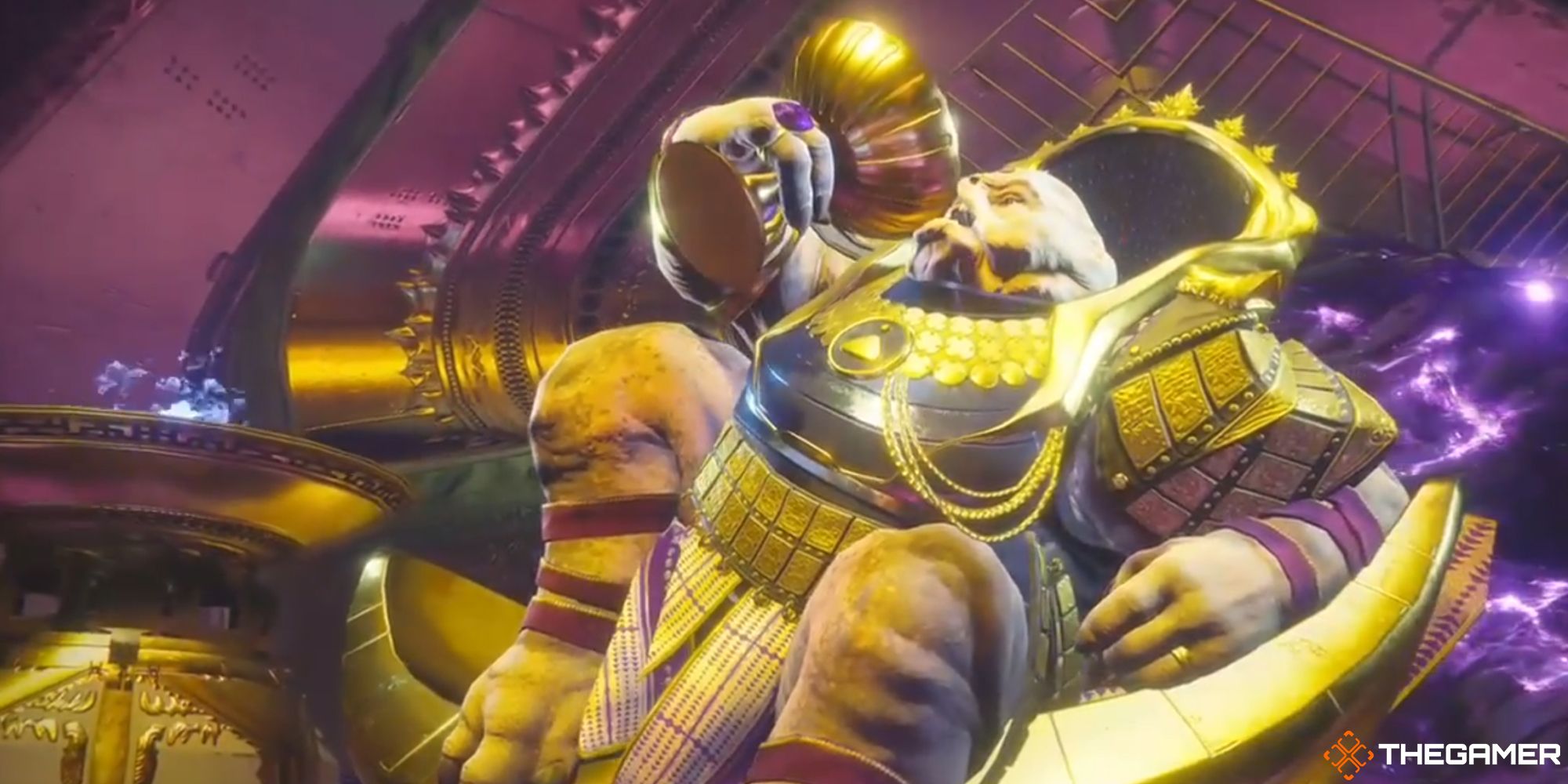 While it is unclear whether or not Calus is actually a villain, he is definitely an antagonist. He is the former leader of the Cabal who was exiled and sentenced to drift forever in space, and who has supposedly seen how the universe will end.

Calus forces the Guardians to play games in exchange for a reward, simultaneously testing you while ensuring you have a well-stocked arsenal. He does all of this in the hope that you will stand at his side and protect him from the Darkness, so he can be the last living thing in the universe when it ends.

Brother the Mara Sov, Queen of the Reef, Uldren sought only to serve his sister. In a way, Fikrul's sick devotion to Uldren was a reflection of Uldren's same devotion to Mara. After Mara's apparent death immobilizing Oryx's fleet in the rings of Saturn, Uldren began his slow descent into madness.

Under the seduction of Riven, who weaseled her way into his mind after he wished for Fikrul's revival, Uldren killed the beloved hunter vanguard, Cayde-6. He then set the barons upon the Tangled Shore, stole a piece of the traveler, and unleashed Riven's influence on the Dreaming City, all in the name of Mara Sov.

3 Riven Of A Thousand Voices 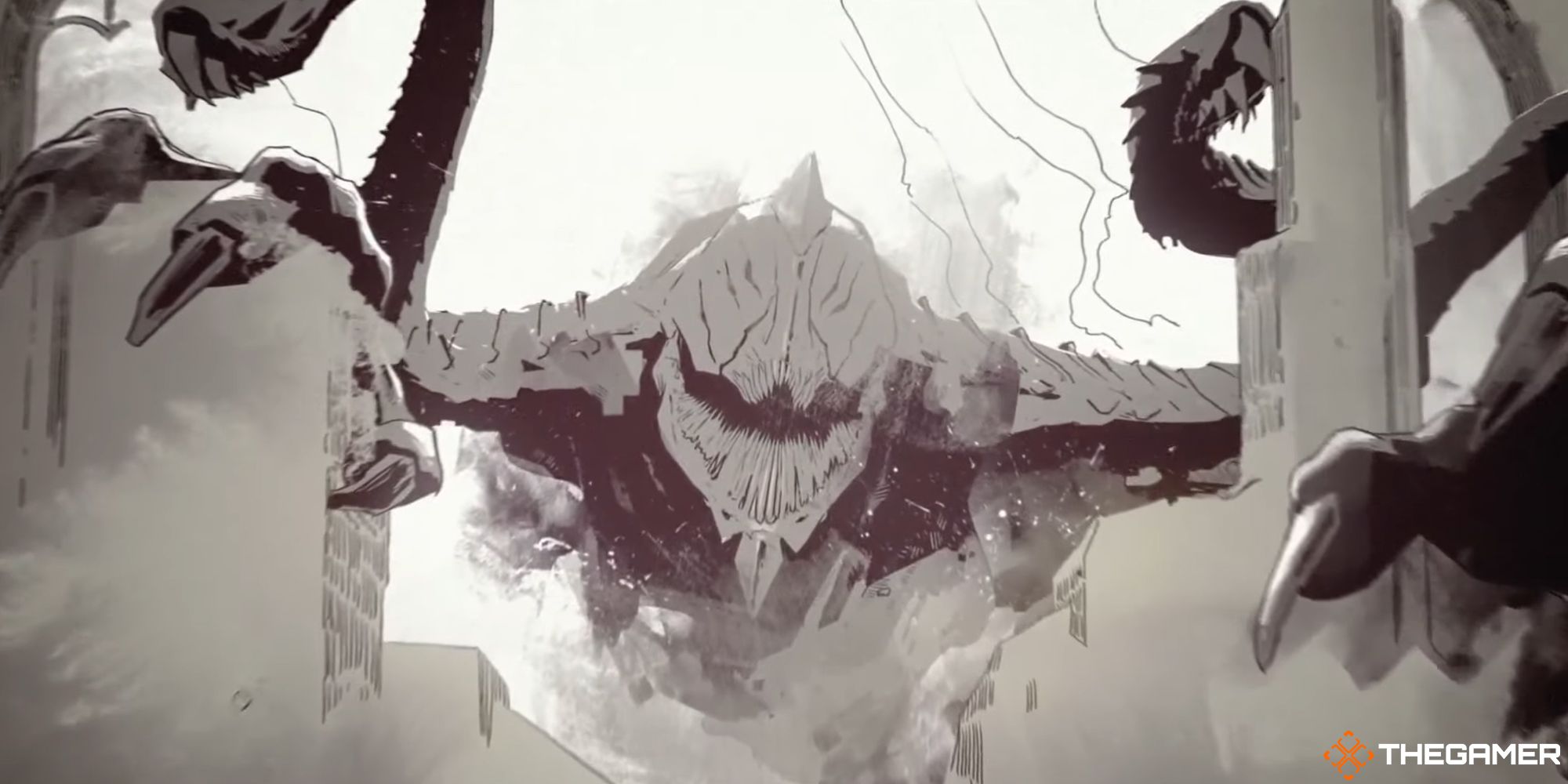 Destiny's wish-granting dragons are called the Ahamkara, all of whom were killed during an incredible war between them and the Guardians. All, except one. Riven, Queen Mara Sov's unique pet, manipulated Uldren Sov into doing terrible things in the name of freeing her.

As is often the case with wishes and fantasy, a wish comes at a cost, and in Riven's aptly named raid, the Last Wish, her hard-fought death gives way to one final wish. One where the Dreaming City and its inhabitants are caught in an endless time loop – forced to suffer the same three weeks repeatedly for another villain's grand design. 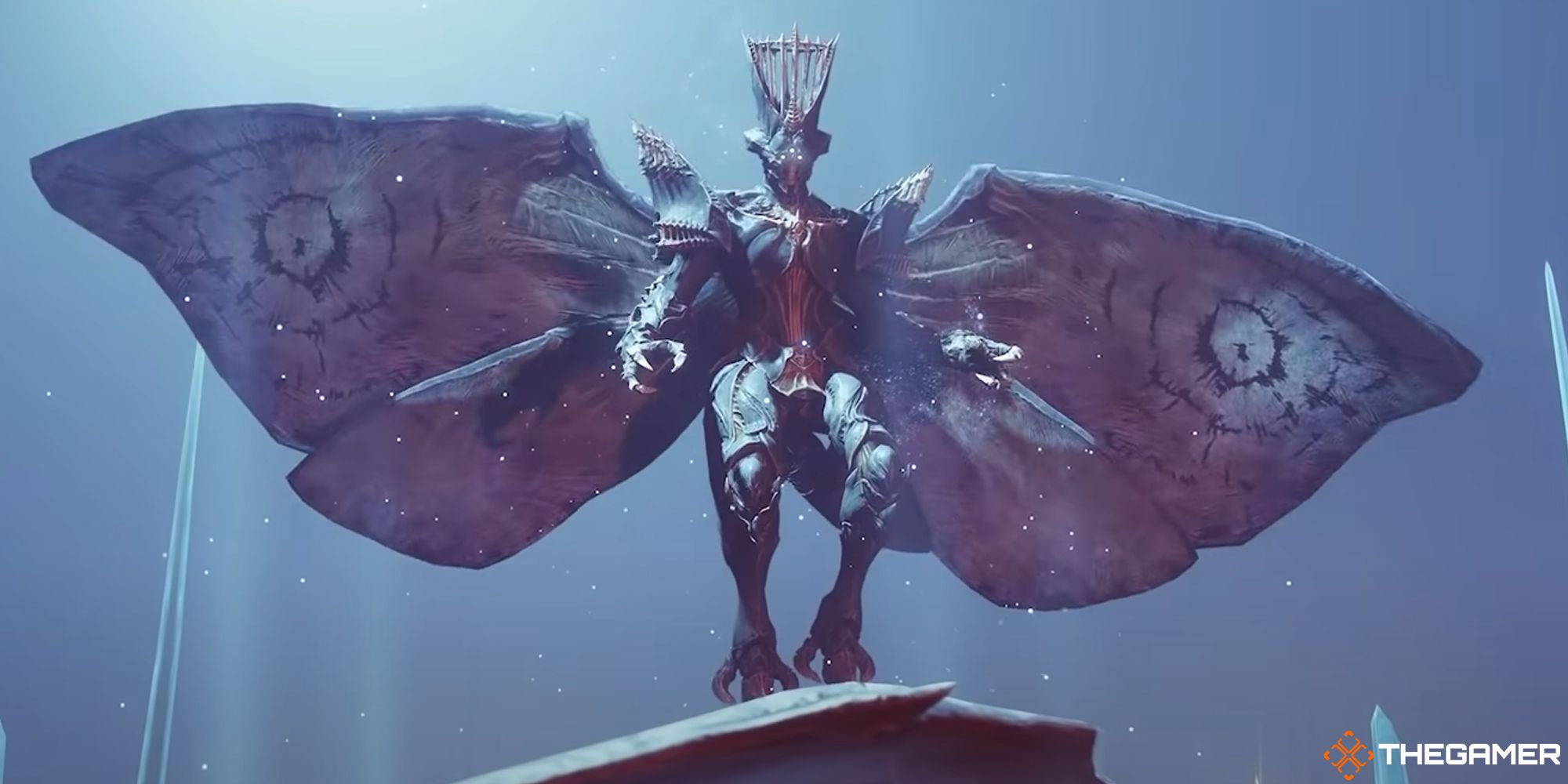 The Witch Queen of deception and lies, Savathun was the first being that successfully stole the Light. In a way. Her endless schemes have haunted Guardians since Destiny and continued until she attempted to steal the Traveler itself and lock it in her throne world.

Savathun was chosen by the Traveler, same as the Guardians, and she and her lucent hive obtained the same powers as the Guardians, making them incredibly powerful enemies. In the end, you were victorious in taking her down, though her ghost, Immaru, escaped, so her death was not final. Her influence is still all throughout her throne world, warning us about the impending doom yet to come. 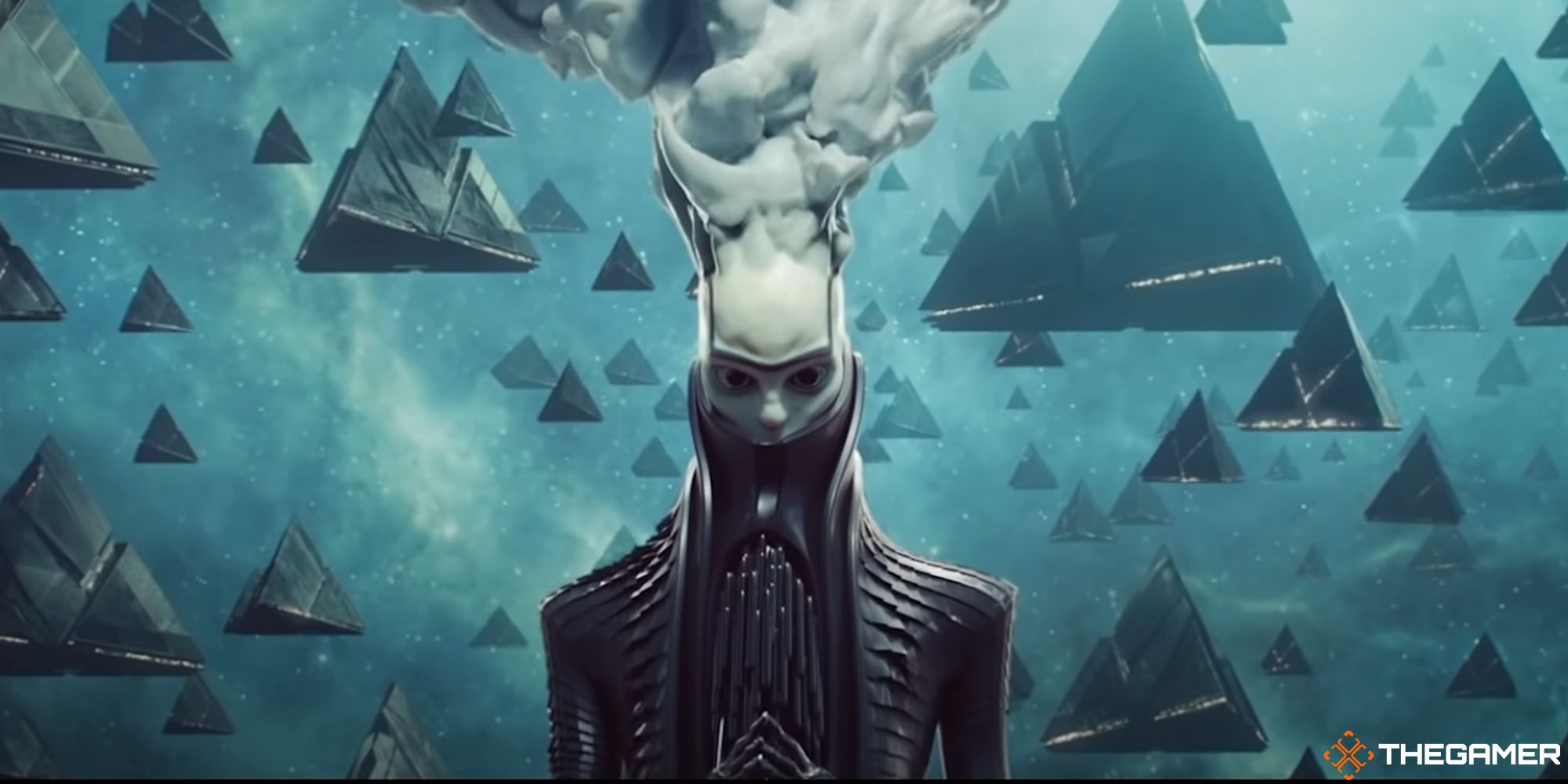 It's all speculation now. The little Guardians do know about the Witness comes from Savathun, who isn't exactly a reliable source. Even Mara Sov's composure broke when she felt the Witness peering in on humanity.

The Witness has the power to take entire planets and commands the black fleet. They are the closest thing to the Darkness humanity will have to face, seemingly even able to command Darkness, something even the worm gods themselves cannot do. They are, indeed, Destiny 2's greatest villain yet. Or at least will be.