Digimon Survive features plenty of engaging visual novel storytelling, but between its exciting narrative developments, you’ll also have the opportunity to encounter and collect new Digimon in the game’s selection of battle areas. Throughout Digimon Survive, you’ll need to train and cultivate your Digimon team in these areas to stay prepared for the regular story battles against the dangerous Digimon that you’ll face off against.

In the early chapters, you’ll want to get your hands on the easy-to-acquire Gotsumon to bolster your team’s strength, as they can evolve into a selection of powerful Digimon not available in the evolution trees of others, such as Monzaemon or Piedmon. They’re also a valuable ally in their own right, boasting a selection of moves that can be useful for the early game. 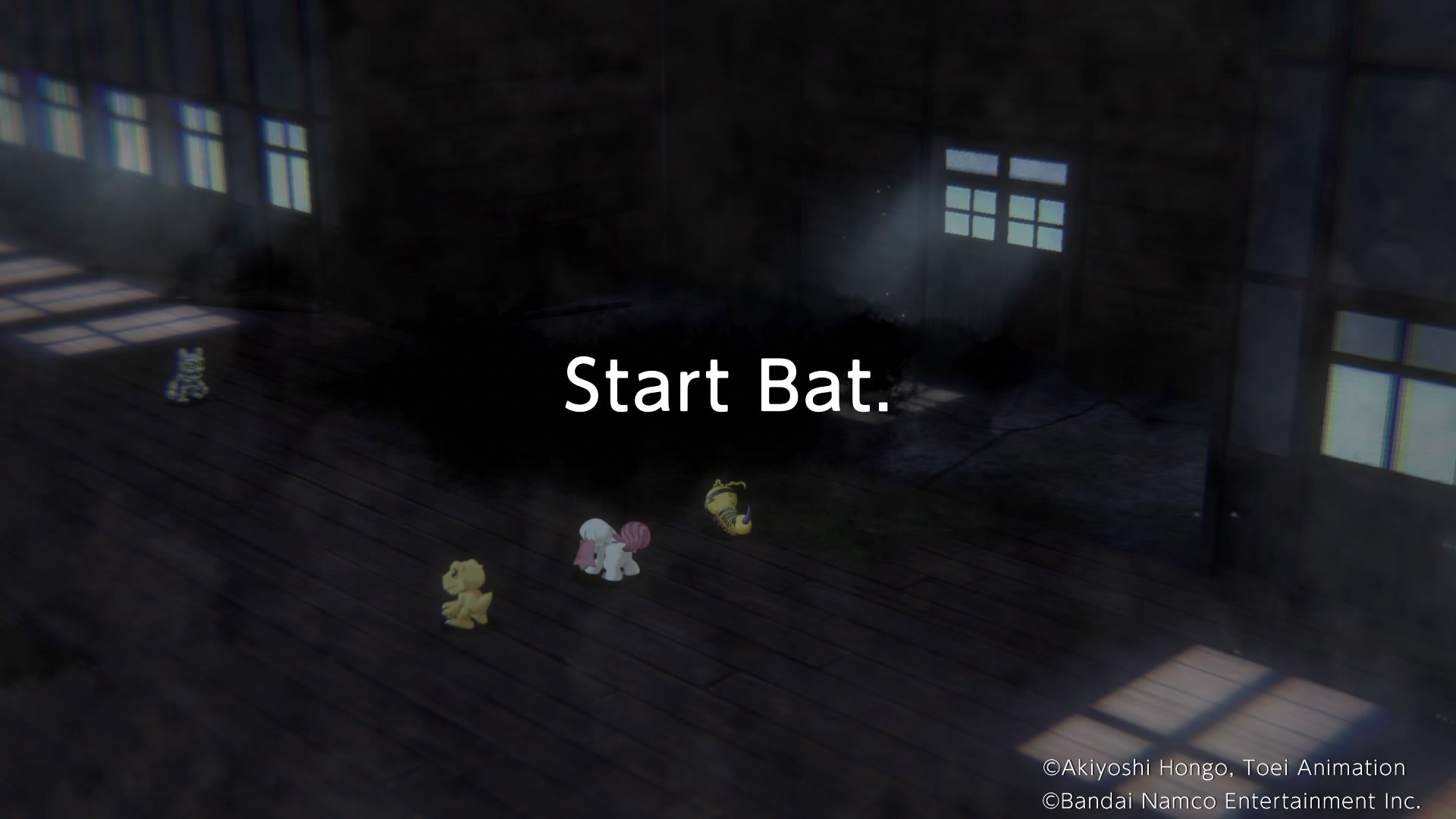 After meeting some aggressive Gotsumon in the prologue and exploring the school and its surroundings in the early story of Part 1, you'll eventually be able to move to the Free Battle Area in the school from the menu on your phone. This is strangely abbreviated as ‘Free Bat.’

A few different types of basic, low-level Digimon can appear in the Free Battle Area of the school. The most common to appear in this area is Gotsumon.

Before you enter the Free Battle Area, observe the Digimon portraits in the small circle(s) above the location description. This denotes which Digimon is appearing in the free battle area next. If Gotsumon appears here, you'll encounter them in the battle in this area.

Gotsumon can appear as a single Digimon or in groups. If you find one in an encounter, you’ll be able to befriend it and get it to join your team by talking to them. This is your first opportunity in the game to do this, but Gotsumon can still be found in other free battle areas beyond this point.

How To Get Gotsumon To Join Your Team 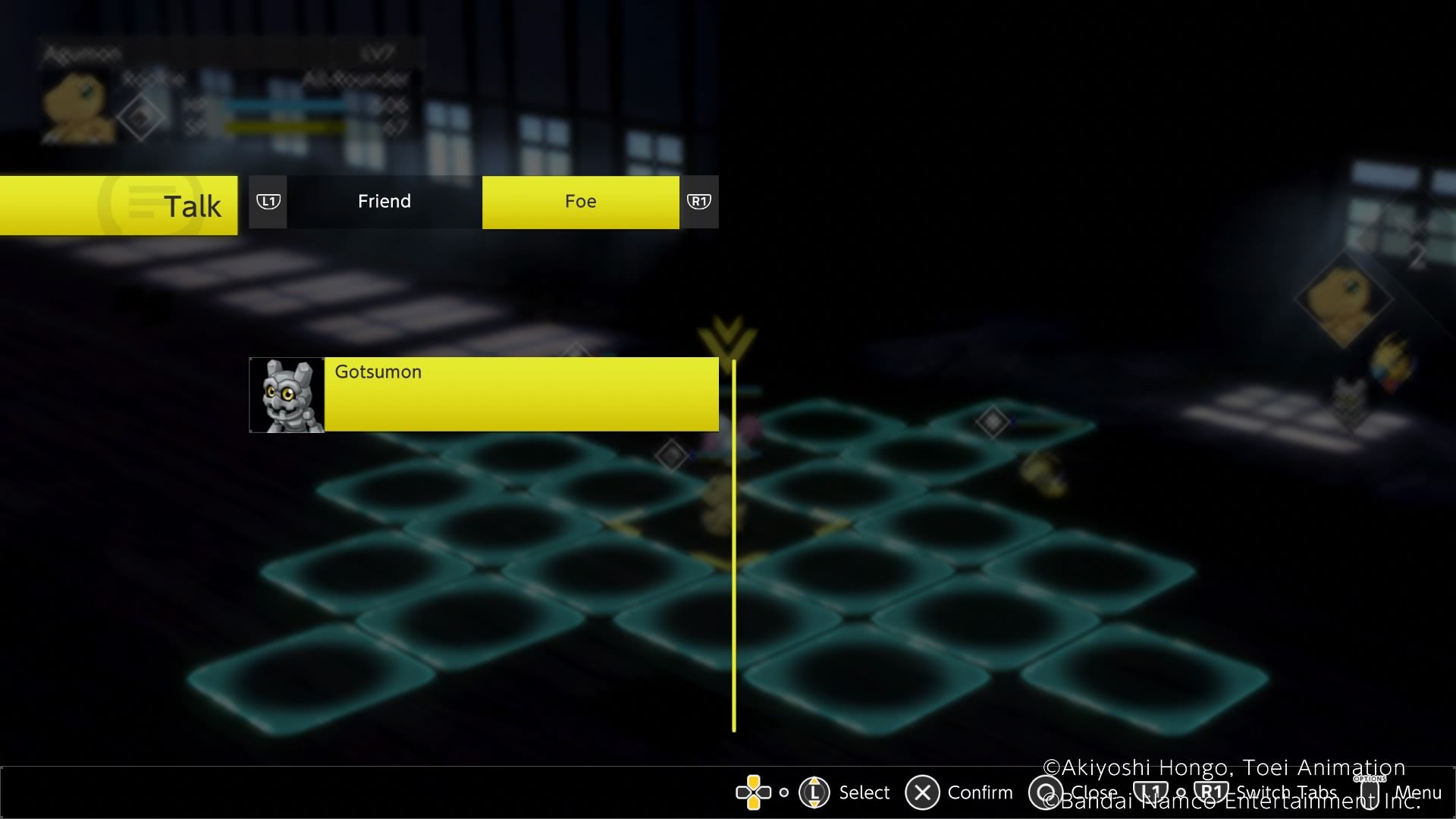 During a free battle with Gotsumon, instead of getting straight to the fisticuffs, you’ll need to activate the talk command. The talk command can be used to bolster your allies with inspiring words, but it can also be used to persuade enemy Digimon over to your side.

After activating the talk command, move over to the foe tab to speak with Gotsumon. This will launch some question-and-answer gameplay, where Gostumon will make a statement or ask a question that you need to respond to by selecting one of four dialogue options. 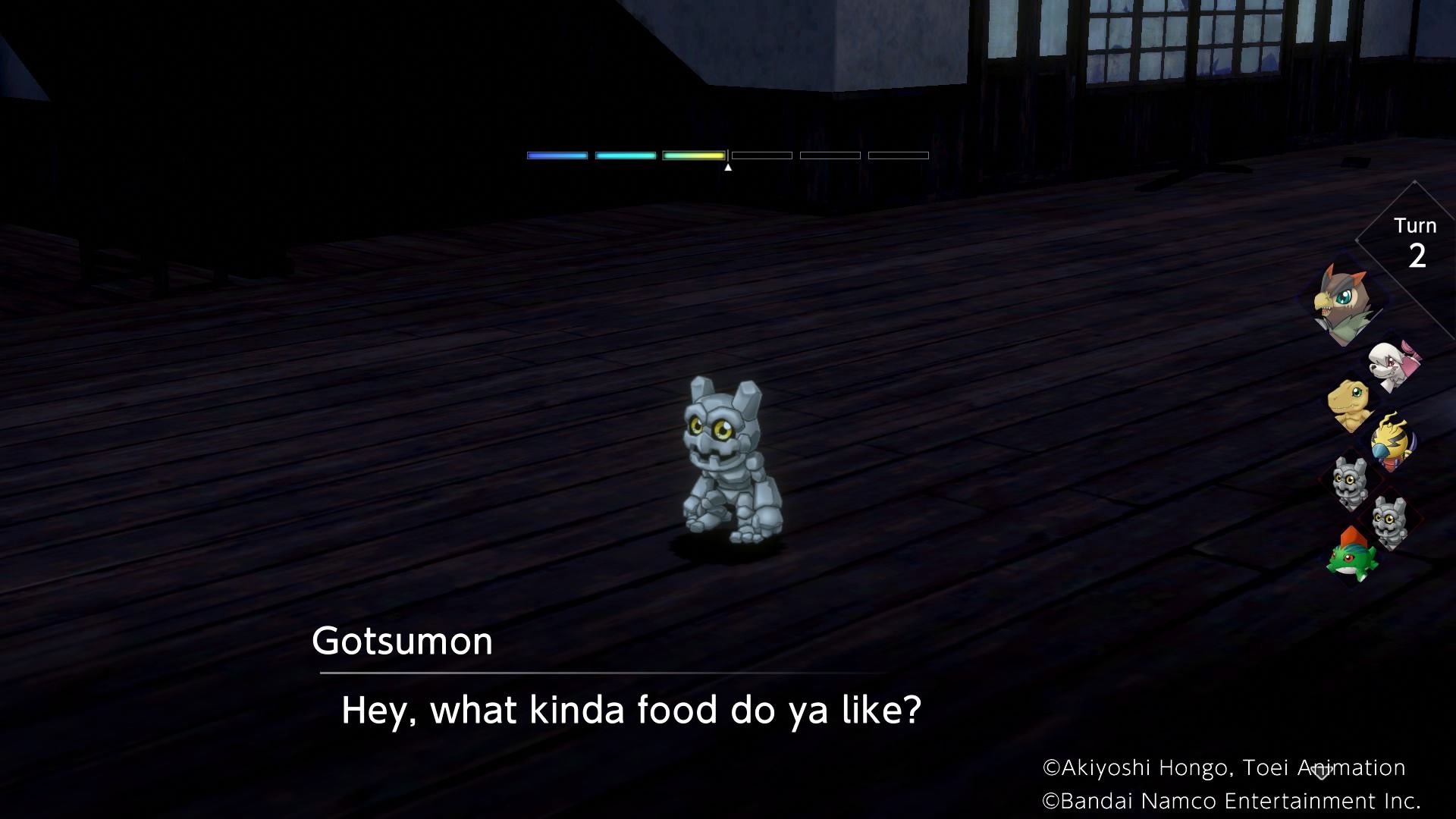 A gauge with six bars will appear above Gotsumon indicating his level of persuasion. For each ‘successful’ answer this will increase by one or two bars. The objective here is to raise the Gotsumon’s persuasion level as high as possible, which will increase the likelihood that they will join your team when you eventually ask them to at the end of this sequence.

Gotsumon has a particularly devious and aggressive personality which you should consider in response to each question they raise when looking at your four options. With this in mind, the responses are fairly easy to guess, but if you’re looking for a specific effective response for every question they can ask, here’s what to say:

After answering three questions correctly, you'll be able to ask them for an item or ask them if they want to be friends. Ask if they want to be friends, and if you answered all three questions correctly, there's a high chance they'll join your team. If it doesn't work (a roll is made with a percentage chance of success), you can re-attempt by restarting the battle or finding another Gotsumon in a free battle zone.