Dirt Rally wants to hurt you. Codemasters' hardcore rally sims try everything they can to make you fail—whether they're pummeling your windshield with heavy rain, surprising you with a hidden hairpin turn, sending your skidding into a ditch, or puncturing a tyre. You're constantly at war: with the physics, with your vehicle, and with yourself. All it takes is one stupid mistake to lose traction, slam into a rock, launch off the side of a mountain, or just grind to an embarrassing halt when you damage your car beyond repair. But this is precisely why, for me, driving games don't get any better. It's an intoxicating mix of adrenaline-surging excitement and sheer white-knuckle terror as you hurtle towards a corner.

The driving genre needed Dirt Rally. The mainline Dirt series, as good as it is, got a little too fixated on the more extreme, Monster-swigging side of the sport. It became loud, brash, and a little too gimmicky at times. But Rally is a more modest affair, harking back to the simplicity and understatedness of the legendary Colin McRae series. The low-key, mature presentation brings the rallying back to the forefront where it belongs, stripping everything back to the barest essentials. There's no screeching rock music, no obstacle-laden gymkhana events, no ego-boosting narrator shouting "You killed it, bro!" when you finish a race. It's about driving hard and driving fast, and very little else. The sport in its purest form. 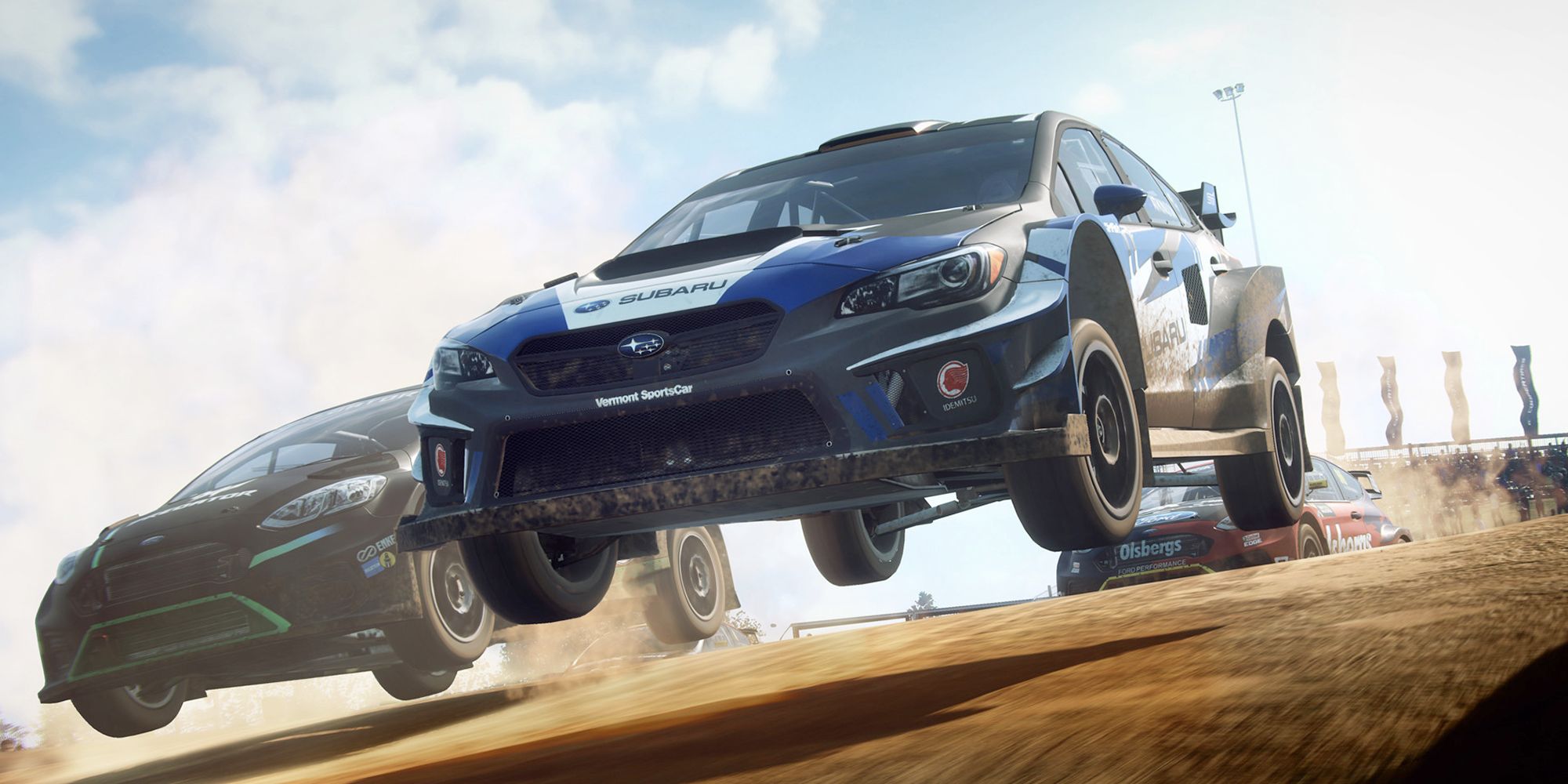 Dirt Rally is punishing and, in the early hours, difficult to get used to. When you approach a bend, every instinct is telling you to slow down and carefully guide your car around. But you'll never make a dent on the leaderboard with that attitude. You have to strike a fine balance between patient, attentive driving and pushing your vehicle to its limits. Taking corners aggressively and accelerating more than feels comfortable on the straights is difficult, but the key to success. You have to make a dozen snap decisions a second, any one of which can send you into a spin or bashing into an obstacle. You cannot switch your brain off, even for a second. Dirt Rally is relentless in its demands for your patience and dexterity.

If that sounds exhausting, well, it is. But when I play these games, they're so ridiculously intense that I find myself slipping into a trance-like state of pure focus. The outside world is completely dead to me, like I've suddenly been sealed in a vacuum. All I can concentrate on is the road ahead, my heart pounding in my chest. A lot of the time I'll screw up and end up in a ditch with a wheel rolling into the distance. But it's the moments when I take a wild risk, screaming along at top speed, and somehow survive a sharp turn or treacherous stretch of track that make it worthwhile. There's nothing like the giddy thrill of making it cleanly through a twisting stretch of muddy, rainy Welsh forest without a scratch. 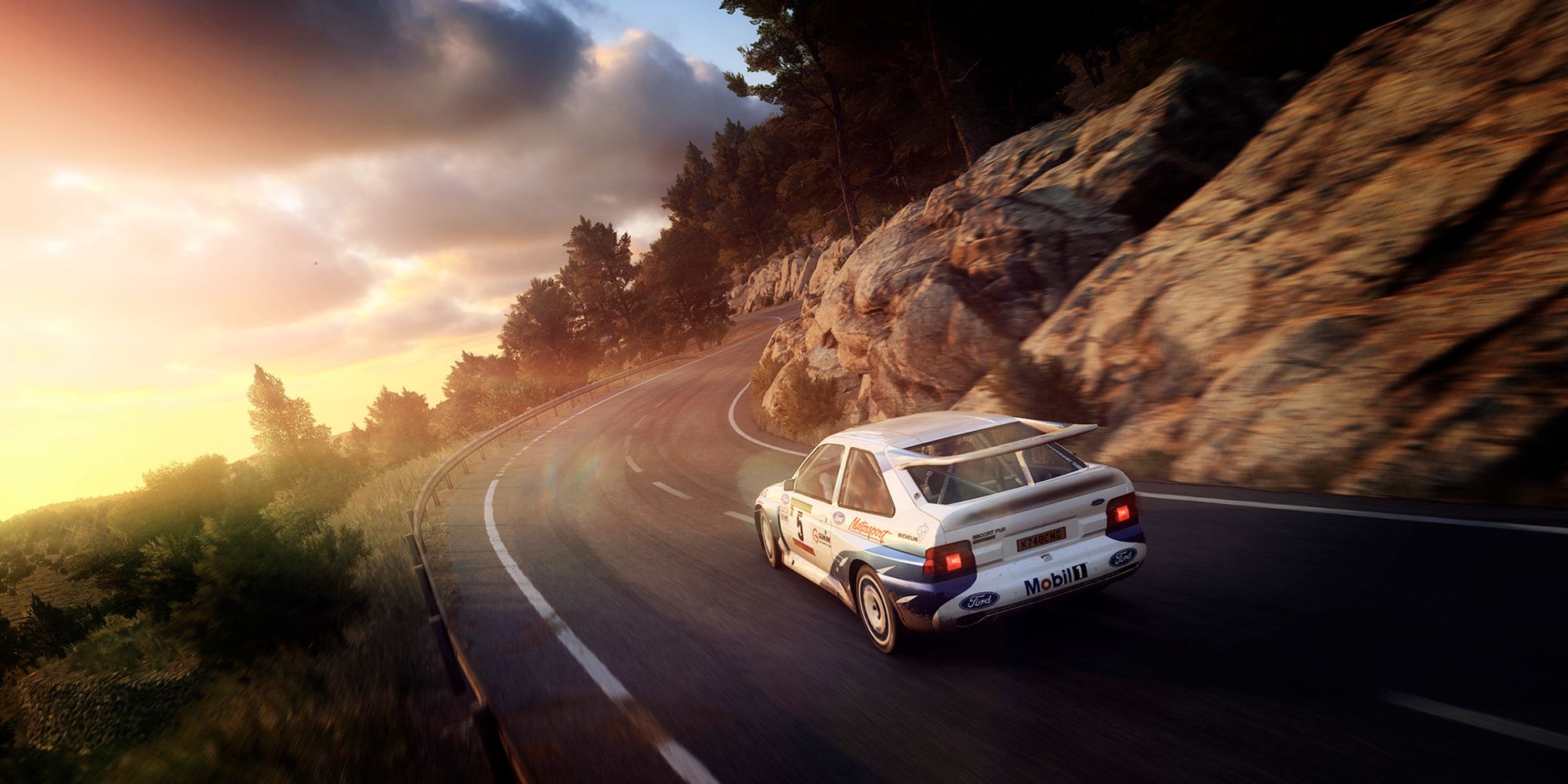 It also helps that the game really sells the sensation of being in command of a fast, dangerous, and deadly rally car—especially when you're at the wheel of one of those infamously monstrous Group B cars from the 1980s. As you drive they get muddy, dented, bashed, and beaten up. The sound design is remarkable too, with subtle sonic details like gravel being kicked up, rain drumming on your windshield, and your chassis creaking as you swing around corners adding an incredible amount of fidelity to the experience. I can safely say that both Dirt Rally and its sequel Dirt Rally 2.0 are the most exciting driving games I've ever played, and I'm looking forward to the next game in the series kicking my ass.