YouTube has frequently been the target of criticism for wrongfully killing channels, with only the top dogs on the platform having the resources and audience backlash to defend themselves. It’s been a problem for years.

It seems this time the termination was made in error, and YouTube apologized, stating that they were sorry it happened and that they’d shared feedback with the review team to stop it from happening again. Considering the prevalence of these problems, however, it’s more than likely PR for “stop complaining, it’s back now.” After all, YouTube’s copyright ID system has claimed silence and white noise before.

As for the content creator, ChilledCow put forth a heartfelt thanks to their community of 4.3 million subscribers, stating that they’d get back to streaming soon. As of now, the channel is back up. 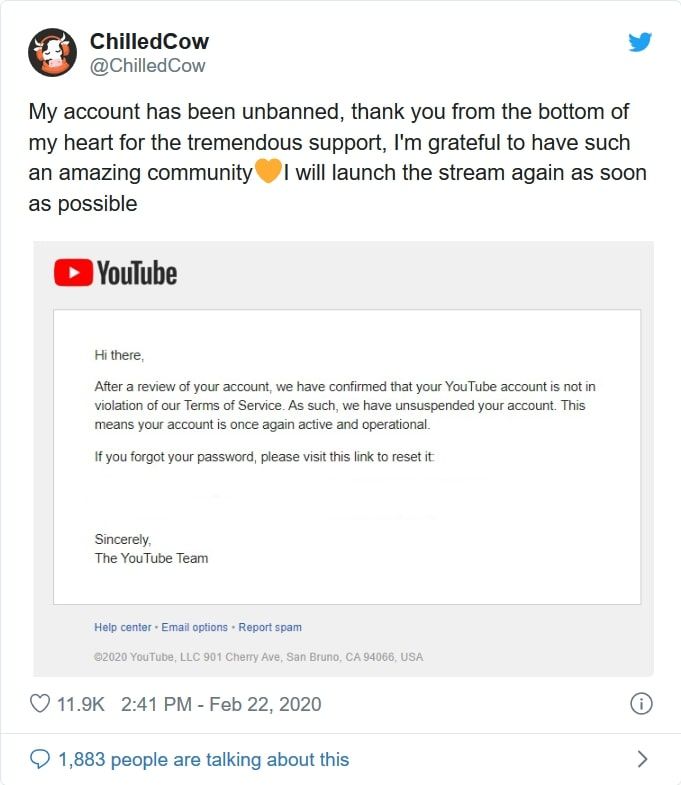 Still, people were understandably upset as the reason for the termination will likely remain hidden forever. Some of the biggest content creators have written heartfelt emails asking what was wrong, only to be met with automated replies.

Twitter user @yuusharo asked how the issue occurred, and what steps would prevent it from happening again. Getting started on YouTube these days is almost impossible due to the competition, but there’s an added danger of that work randomly disappearing one day with no rhyme or reason. 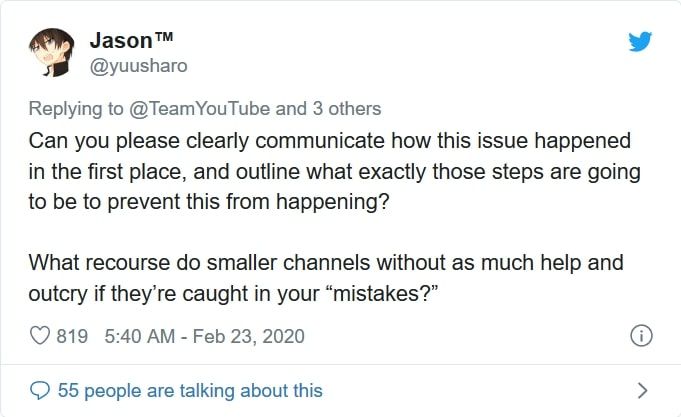