You can play the original DOOM and DOOM 2 in DOOM Eternal. Here’s how.

As with the 2016 reboot, DOOM Eternal has a bunch of references to the original games littered throughout its Hellish world. There’s the painting of Doomguy and Daisy, his pet rabbit that meets an unfortunate end in the original games; there are collectible toys of the original DOOM demons; and there’s even an original Doomguy skin to find.

But there’s also the original games themselves hidden in DOOM Eternal. If you ever get tired of the modern graphics and sound, you can take a break to play DOOM and DOOM 2 on a virtual CRT screen. 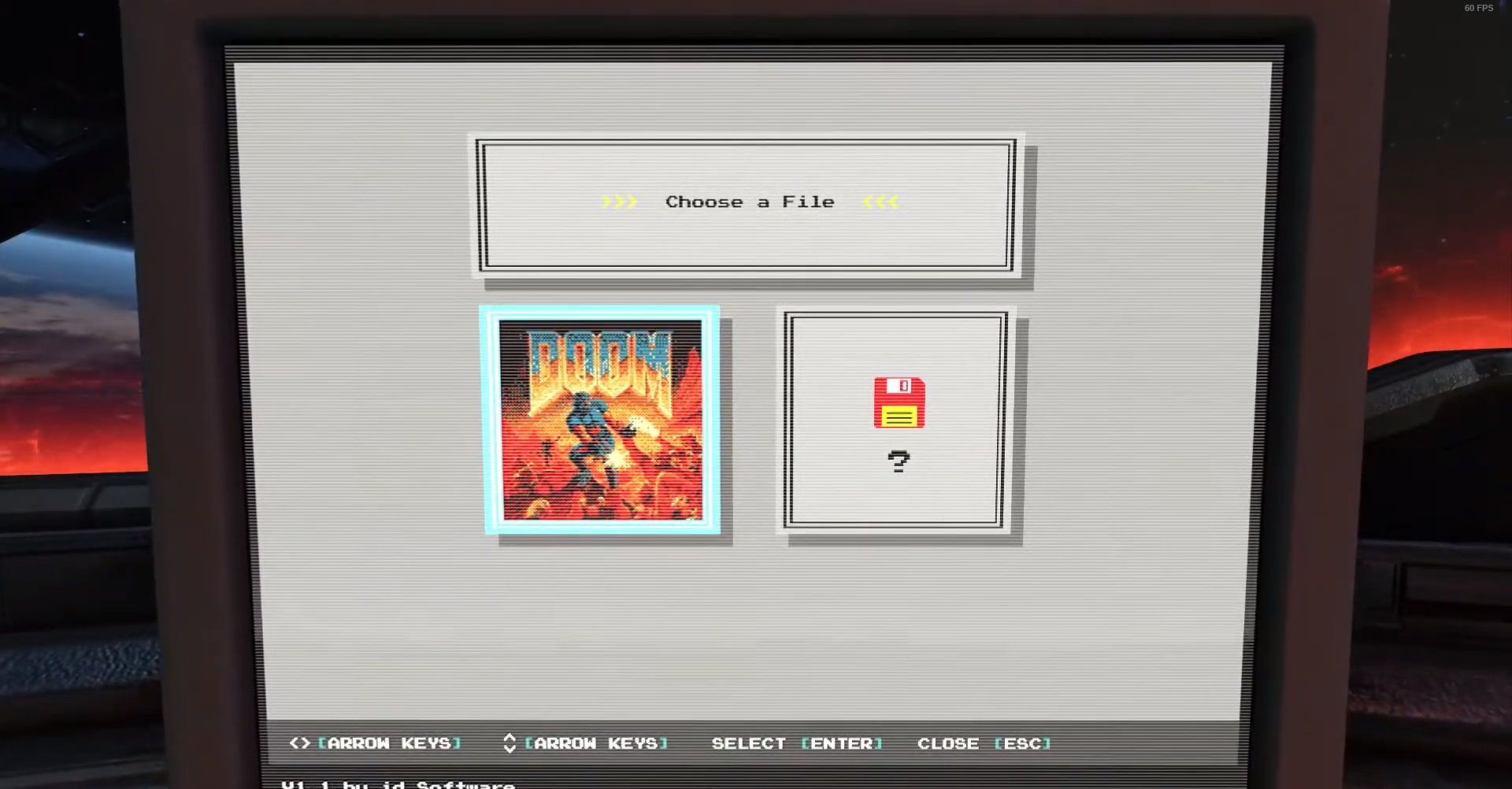 On the Fortress of Doom, head to the Doom Slayer’s office (you can follow the video below if you don’t know where that is). You won’t be able to access the office until you reach the third mission, so progress the story until then. Once you’re there, head to the strange grey box that older games will recognize as a 4:3 Cathode Ray Tube monitor–the kind that you’d play the original DOOM games on.

Log in and you’ll be met with two “?” files. These are the games, but you’ll have to unlock them in order to gain access. To unlock DOOM, just beat DOOM Eternal’s campaign. To unlock DOOM 2, input the code: “FLYNNTAGGART.”

You might be wondering just who the heck this Flynn Taggart guy is. He’s actually Doomguy–or at least, the name they gave Doomguy in the original DOOM novels that were printed shortly after the game’s arrival in 1993. They start off with the typical DOOM story of a lonely marine having to fight his way through a Hell-spawned apocalypse on Mars, but eventually he meets other survivors, builds a homemade rocket ship to escape to Earth, and then finds out that the demons are actually just aliens fighting an ideological war with another alien species, and Earth is just a convenient intergalactic staging point.

Since the original DOOM is just 2.4 MB, it’s not hard to sneak it into a game that’s 55 GB. That’s not even a fraction of DOOM Eternal’s total memory allocation. Just imagine–in 30 years, maybe the next reboot of DOOM will be so huge that DOOM Eternal isn’t even fraction of its total memory.