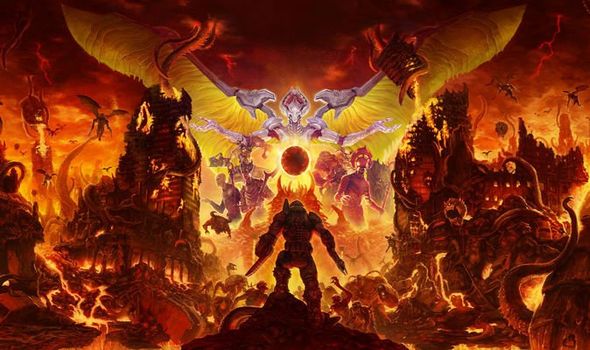 The Doom Eternal release date has been set for Friday, March 20, 2020, on PS4, Xbox One, Steam and Google Stadia. And that means we’re very close to the latest gruesome adventure featuring Doomguy kicking off on all platforms. The one downside is that Doom fans on Nintendo Switch will be waiting a little while longer to start playing. But that makes sense when you consider what an ambitious port the new Doom Eternal game will be for the plucky handheld console.

For everyone else planning for the big Doom Eternal release date on March 20, here’s what we know about what Bethesda is planning.

WHEN IS THE DOOM ETERNAL RELEASE TIME ON MARCH 20?

Following a number of delays in the original schedule, Doom Eternal will now release on March 20, 2020.

This date has now been set in stone, meaning there won’t be another slip for PS4, Xbox One and PC gamers to groan at.

The latest Doom game will be available to buy from stores on the day, or gamers can pre-order it and unlock DOOM 64 on top.

For those gamers wanting to know exactly when they can start playing, Bethesda has confirmed its plans for consoles and PC platforms.

The Doom Eternal release times for PS4 and Xbox One have been set for midnight, in your local time zone, on March 20.

This will be the official unlock time for gamers in the UK, however, Doom fans in the United States may get to jump on a little earlier.

In North America, DOOM Eternal unlocks at midnight ET on March 20, meaning it will be available on March 19 in the Pacific time zone.

For PC and Stadia gamers, things will be a little more complicated, with the current unlock times listed below:

PRELOADING DOOM ETERNAL ON PS4, XBOX ONE AND PC

The good news for gamers who have pre-ordered the game is that they can start pre-loading Doom Eternal now.

Preloading means installing the digital version of the game before it unlocks on March 20, removing added wait time on release day.

Digital pre-load will start 48 hours before DOOM Eternal launches in your region on PlayStation 4, Bethesda.net (PC) and Steam (PC).

Bethesda says that pre-load date and time discrepancies are due to platform policy differences.

Meanwhile, Google Stadia will not need preload due to it being a streaming service.

Doom Eternal has been racking up some great reviews before its release, which is a great sign that this latest launch will not disappoint.