Mork Bork Artpunk RPG officially bills itself as “a pitch-black apocalyptic fantasy RPG about lost souls and fools seeking redemption, forgiveness or the last remaining riches in a bleak and dying world.” The game also has a death grip on the Old School Renaissance (OSR) tabletop genre, and heavily themed and illustrated with a hardcore metal motif. Mork Borg is also a highly versatile game, containing all the rules needed to play it as is, added to your own homebrew campaigns, or easily integrated with “most of the editions of the world’s largest role-playing game.”

Mork Borg features a setting placed in a dying world, where it has already been fated that “One day all will blacken and burn.” In this dying world, there are such things as the Calendar of Nechrubel, an item “that decides the speed of the world’s demise.” You can visit such places as a gothic cathedral dedicated to The Two-Headed Basilisk, the limestone palace of the Blood-countess Anthelia, along with “the fields of death in Graven-Tosk and the barren wastes of Kergüs.” 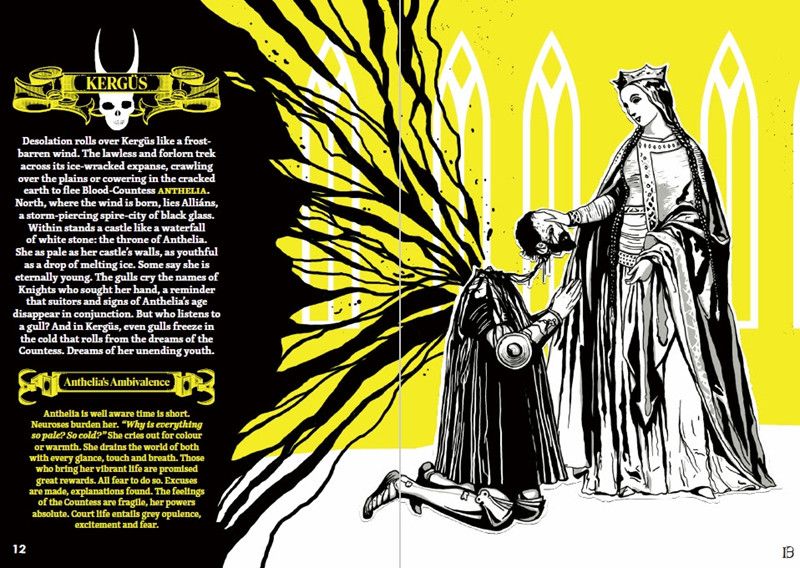 The Mork Borg sourcebook provides Game Masters with numerous tools to bring the game quickly and easily to their tables, including GM info tables covering standard Mork Borg gameplay such as adventure sparks, dungeon generation, corpse plundering, and occult treasure. For players, the sourcebook contains unique Mork Borg classes with their own traits and quirks, 20 occult powers to use to bend or break reality with, Omens, and other optional rules to help add more metal depth to your character and game. 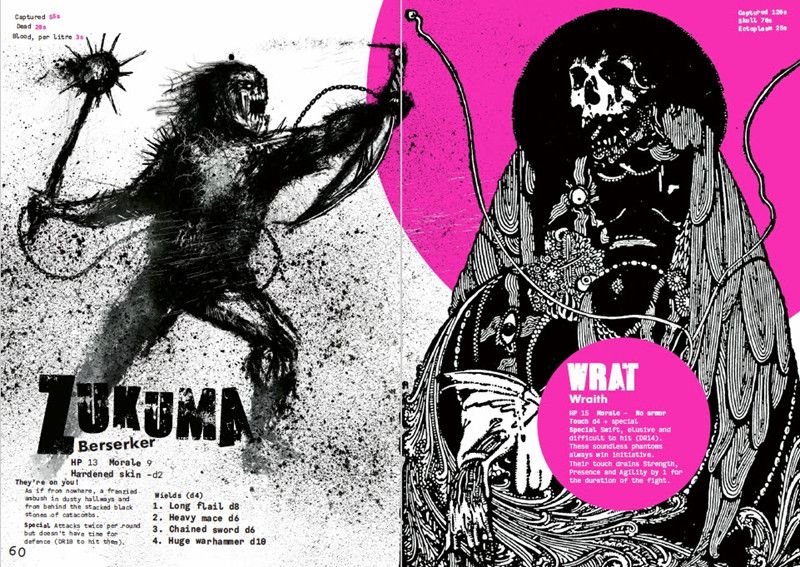 The best place to go online to see and learn what Mork Borg is about is the game’s official website. First off, the scroll down mechanic and site design are pretty damn cool. The art and graphic designs are just utterly outstanding, especially if you dig the whole metal vibe. Then there’s all the info the game devs made available on the site for free, including rules reference and character sheets, online character and dungeon generators, numerous adventure PDFs, and pre-gen character and monster sheets.