The inspiration behind so many of our most loved Sci-Fi classics, Frank Herbert's Dune, was written in 1965 and has been made into multiple films and games since. The first movie starred Kyle Maclachlan and Sting. In 2021 Dune got a facelift and was remade by Denis Villeneuve, now featuring Timothee Chalamet, Zendaya, and Jason Momoa.

In 2022, the game Dune: Spice Wars was released on Steam, a strategic game where the player must choose a house, councilors, and tactic to gain control of Arrakis' only export, Spice Melange. These are some things that those familiar with the movie will pick up on when playing the game.

One of the houses available to the player is Atreides, an off-planet family of great honor, originally hailing from Caladan but sent to Arrakis by the Emporer. Duke Leto is the head of his fiefdom and is widely acknowledged as a fair and loyal man, though rumors circulate that the lush environment on Caladan has made him soft. Duke Leto never married in the film and instead kept Lady Jessica as his only concubine, though everyone knew she was more than just that.

Leto's only son and heir, Paul, is fifteen in Dune and trained his whole life to survive the harsh political climate he was born into. Unfortunately, before completing his goal of turning Arrakis into a home for his family, movie buffs will know Duke Leto was used as a bargaining chip and assassination tool. However, he lives on in the game as a great strategist, governing minor houses and Fremen alike.

7 The Importance Of Moisture

Water is a coveted currency in Dune Spice Wars, but the film really goes into the intricacies of how Arrakis culture is built on maintaining moisture. Good stillsuits are expensive but lifesaving when leaving any major city or sietch, capturing sweat and condensation and filtering it back into drinking water. The Fremen refer to blood and living bodies as 'Water' because of just how much of a human is made up of it and will extract every drop if they come across a corpse.

Moisture is even used in signs of great respect in ways that a casual Dune: Spice Wars player might not know about. Spitting right into someone's face acknowledges a new bond with them, which Leto quickly realizes due to his prior research into the Fremen. Water is worth more than money on Arrakis.

6 Fremen Are Hardcore And Honorable

Off-worlders in Dune would assume there are barely ten thousand Fremen scattered throughout sietches in the desert, but their numbers are patiently waiting, hidden in the sands. Spice Wars represents Fremen as stealthy, hardened combatants, able to withstand the harsh ecology of Arrakis. If you've seen the movie or read the books, you'll know they are very religious and follow intricate rites centered around respect for their environment and one another.

The sandworms that plague spice harvesters provide Fremen with their unique weaponry; Crysknives. These blades are fashioned from the teeth of the beasts and hold sacred significance to the local peoples. Stilgar Ben Fifwari leads a large sietch, or colony, that Paul Atreides gets involved with. Here he learns that anyone may challenge a Naib if they can prove themselves more adaptable and better suited for the position. It's to the death, though, and your water will belong to the victor, along with your Crysknife.

5 Why Spice Is So Valuable

The main goal of Dune Spice Wars is in the name; that sweet, sweet Spice. The game explains that it's a resource produced solely on the desert planet Arrakis and harvested from the sand with spice harvesters. It's what keeps bringing invading houses back, as the empire requires a constant supply in order for anything to work. Dune goes into more detail about how Spice keeps the galaxy turning.

It's not technically used as fuel as the game describes but rather acts as an awareness spectrum narcotic that gives the user incredible knowledge of time and space. Navigators are employed for each ship and are well versed in, well, taking drugs – and it's in this way that they can plan flight paths through fold space and keep the crew safe. The Fremen use spice in sacred rites and ceremonies, and some can even see through time with it.

The Harkonnen house is shady, powerful, and underhanded, but that's how you get to such a seat of power. The Baron Harkonnen is Duke Leto's arch-nemesis, if you'll allow us to be a little dramatic, and their houses have been on the brink of war for centuries. The game doesn't include that the Emporer caught wind that the Atreides family could be planning to overthrow him, as he has no true heirs.

This fits in with Baron Harkonnen's plans for the Atreides perfectly, as the Emporer orders the annhilation of the faction. Duke Leto's family doctor had already been compromised, ready for this opportunity, with Dr Yueh's wife being tortured until the traitor completed his assignment. The Baron happily wipes out thousands of Fremen, including children, and has Paul taken out into the desert to die in the merciless heat – all while keeping his greasy mitts clean to avoid being caught out by any Truthseers.

One of the councilors available to the Atreides house is Lady Jessica, who has the fantastic trait of being able to turn influence points into power. The Jessica of the movie is a Bene Gesserit student, an order of powerful women who guide the future according to what they believe must come to be. Using voice control and incredible personal insight, they can command others and use the 'weirding way' to best opponents much stronger than themselves.

She is often described as a witch, though she technically holds no magic, only great knowledge of herself and others. The Bene Gesserit order use Spice in their own way, to induce clairvoyance and unlock matriarchal genetic memories. Lady Jessica, as Paul's mother and partner to Duke Leto, is an incredibly integral figure in the series, much more than just a counselor.

Dune: Spice Wars makes it clear that this planet isn't what you'd describe as home, sweet home, as even the Fremen battle daily to live in the harsh climate. There are limited basic resources such as water, and no trees for lumber and crops. Significant funds have to be allocated to importing food as the only things Arrakis provides are Spice and plascrete.

Despite that, people have thrived in this environment since its discovery, and that's due to strict adherence to long-held rules and traditions. The game points out that Fremen are built differently and don't suffer exhaustion nearly as quickly. The movie explains that this is due to fastening their stillsuits slip-fashion to retain more water, traveling only at night, and understanding what the shifting sands mean. They also avoid sandworm attacks by moving irregularly, mimicking the sounds of nature with sliding feet and arrhythmic footsteps.

1 The Source Of Spice 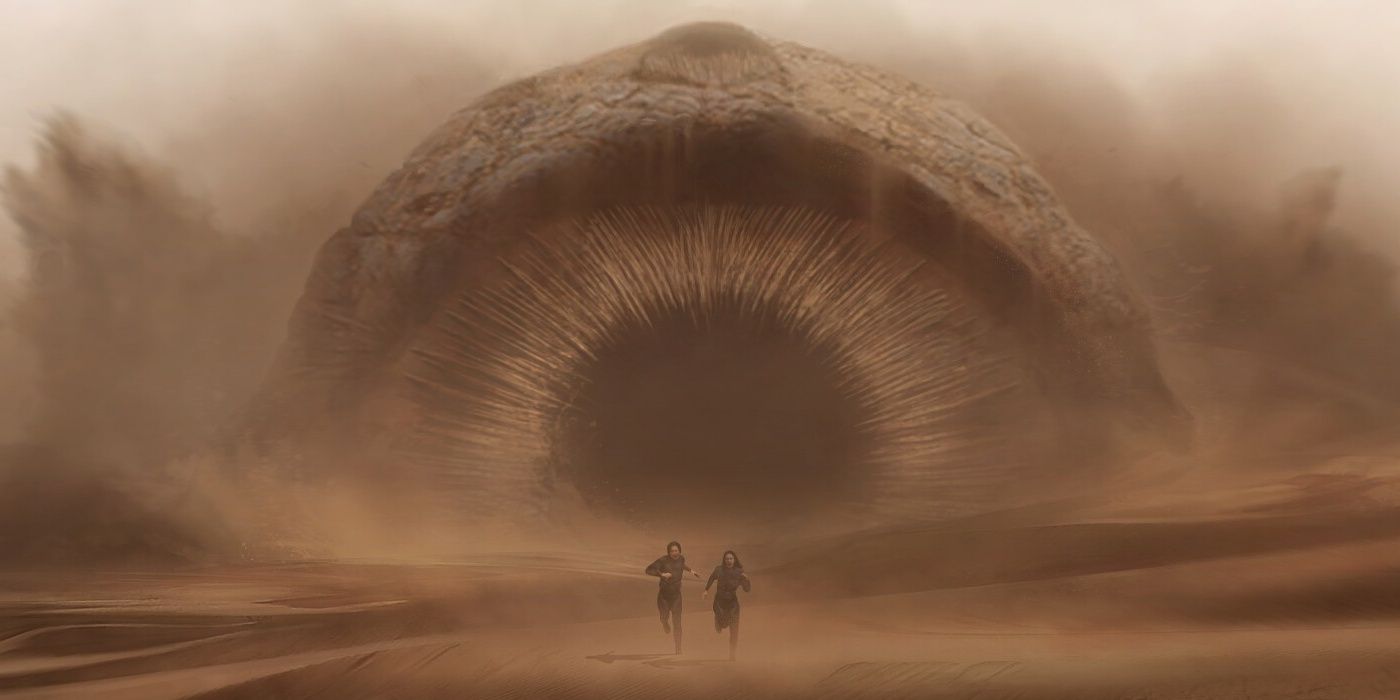 Spice is life, and if you control the spice, you control the universe. But why does Arrakis have all of the spice, and how does it just bubble to the surface, ready for harvesters to vacuum it up? Those who watched the movie will know it's a byproduct of the endemic sandworm population. Little makers, or sandtrout, produce fungus while swimming through the sand, and if that meets water, it grows into a pre-spice mass. In the movie, Liet Kynes is consumed by a fully grown worm, though he is shot into the sky by the pressure that builds up from pre-spice in the book.

Somehow, the locals managed to turn even the sandworms into a resource, as the film hints at their ability to ride the giant beasts across the deserts, with Liet Kynes squaring up with hooks, ready to tame the wild beast.