When someone utters the word "wizard," it conjures the image of an elderly male with a long beard and a big stick. Because of this trope, brought on by several popular fantasy series, wizards in Dungeons & Dragons are too easily categorized as bookish, withdrawn, or all-knowing. Indeed, a wizard must constantly calculate their next step in every situation, ensuring that they've prepared the proper spell, but this is a tactic, not a defining personality trait.

Let's make one thing clear, as long as your character has earned their magical ability through rigorous training, they're a wizard. The class mechanically has a spellbook or a record of their known spells, but they don't have to enjoy reading. Someone with a high intelligence modifier can perceivably be all-knowing, but their low wisdom score might say otherwise. With that said, let's look at some paths that divert from a bespectacled man grunting, "Merlin's beard!"

6/6 Following In Their Footsteps 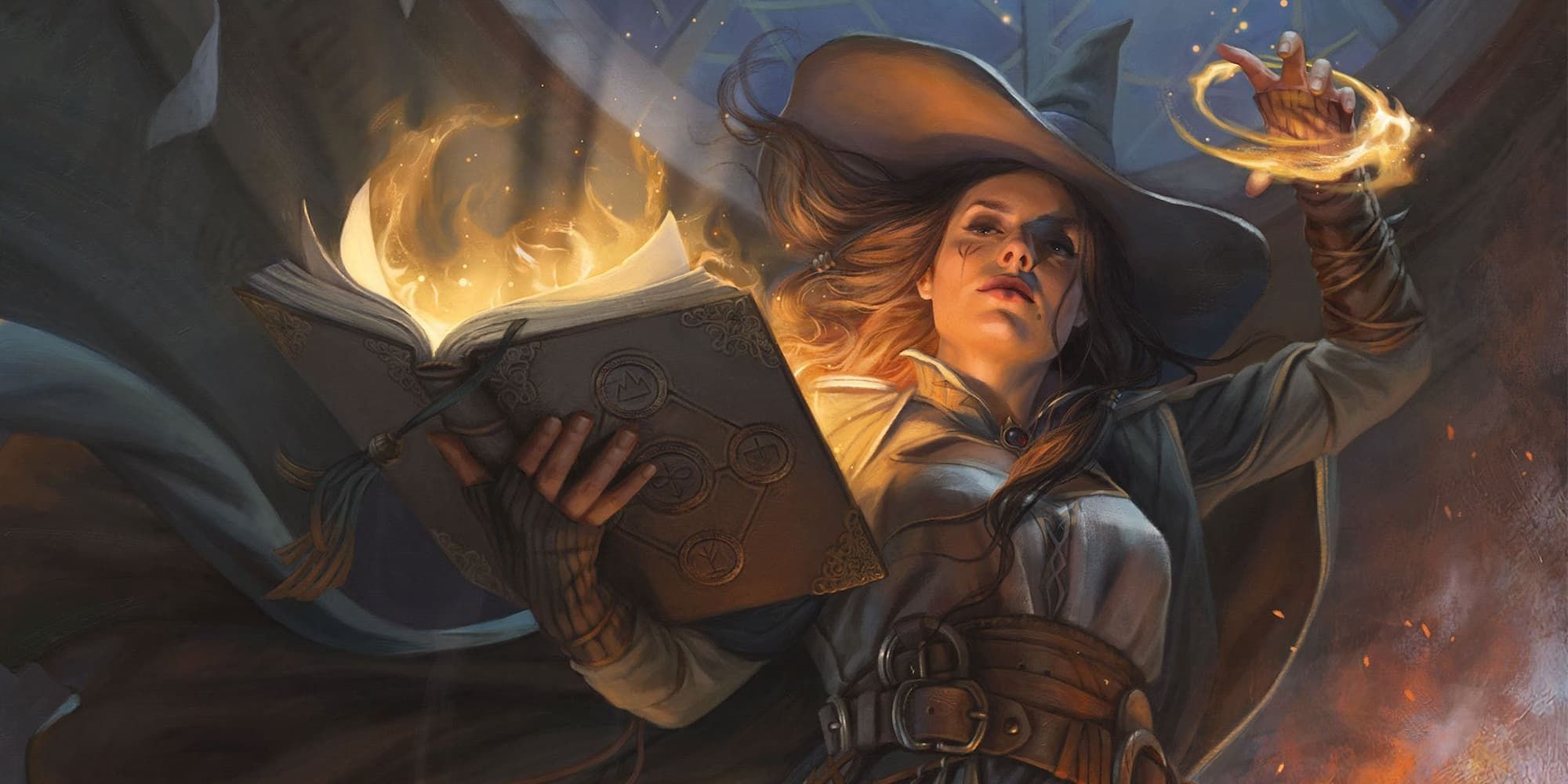 Someone close to you has passed away, and they willed you a hefty leather-bound tome in the possessions they left behind. Some text you can read, but the rest of it appears to be written in a number of different languages that nobody seems to recognize. You've spent years since journeying the world, riddling out this book's secrets, and with it, you've begun to conjure power beyond your wildest imagination.

Play with the idea of whom this person was to your character. Was it one of your parents? Was their passing mundane or a mystery? Why did they entrust their life's work in arcane studies to you? 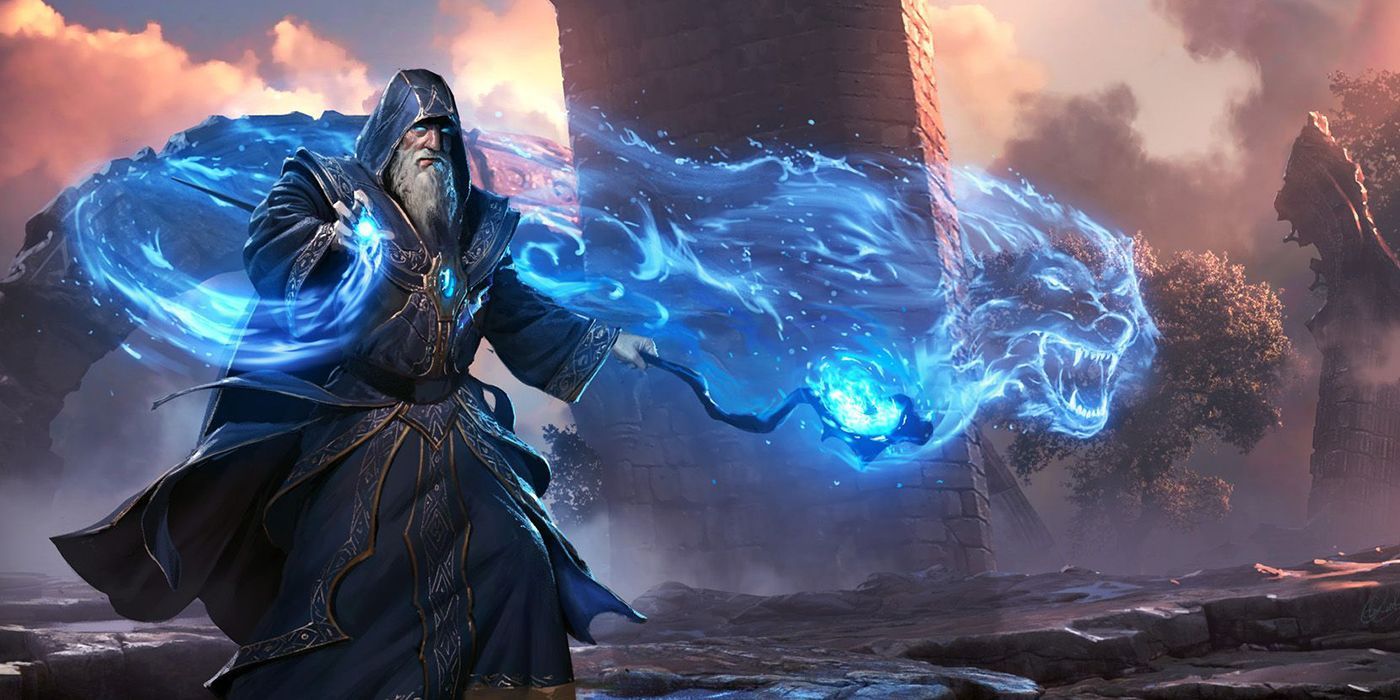 From the outside, your life appears rather plain. You spend your days maintaining the grounds of a local mage college, where everyone perceives you as nothing more than a dutiful custodian, assuming they even notice you. But when the study hall candles are snuffed, and the doors to the library are locked for the evening, your work continues well into morning as you pry open the third entry in a series of lectures from a former archmage. You've read this already, of course, along with every other book these shelves house; you've just got time to kill.

It's not just sorcerers who are born with magical abilities. Some wizards are described in the Player's Handbook as being born with innate arcane intuition. With this story, you'll want to focus on how a life of adventuring would take you away from your humble circumstances. Are you thrust onto a new path by someone or something? 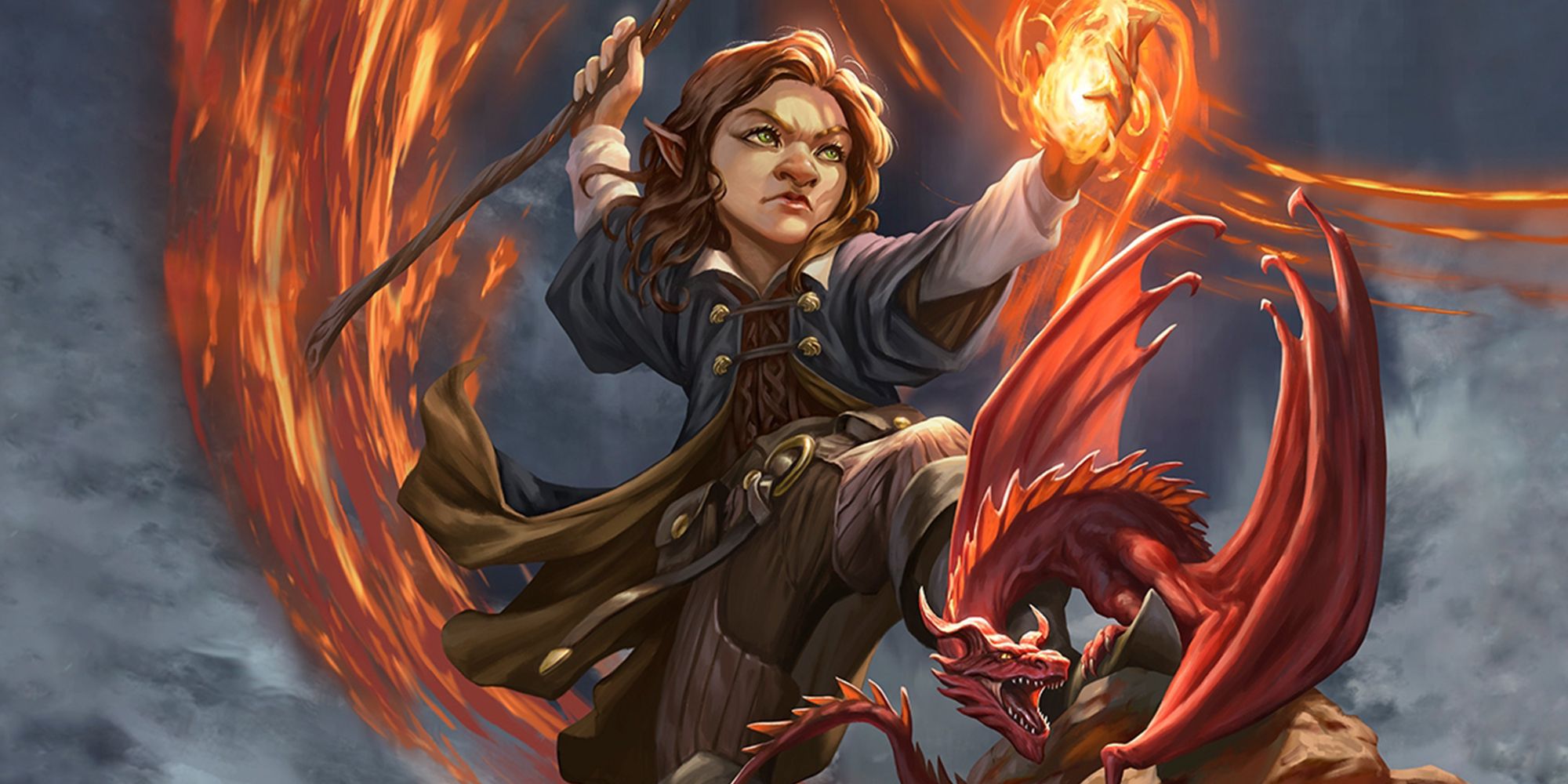 From birth, you were placed into a school of magic based on the stars' alignment. Your first cantrip was as monumental as your first steps, and your formal training began not long after. The practical application of low-level spells assisted every job in your city, and the thought of completing any task without magic is an alien concept.

In the Forgotten Realms setting, the ancient city of Netheril is described as similar to what's presented above. The empire's system of government was a magocracy, where only those who wielded the most powerful magic were in power. If your character comes from a land like this, reflect on how they'll function in an area with little to no magical influence. If your campaign setting doesn't offer or have room for a city like this, ask yourself why you left! Did something happen to where you're from? 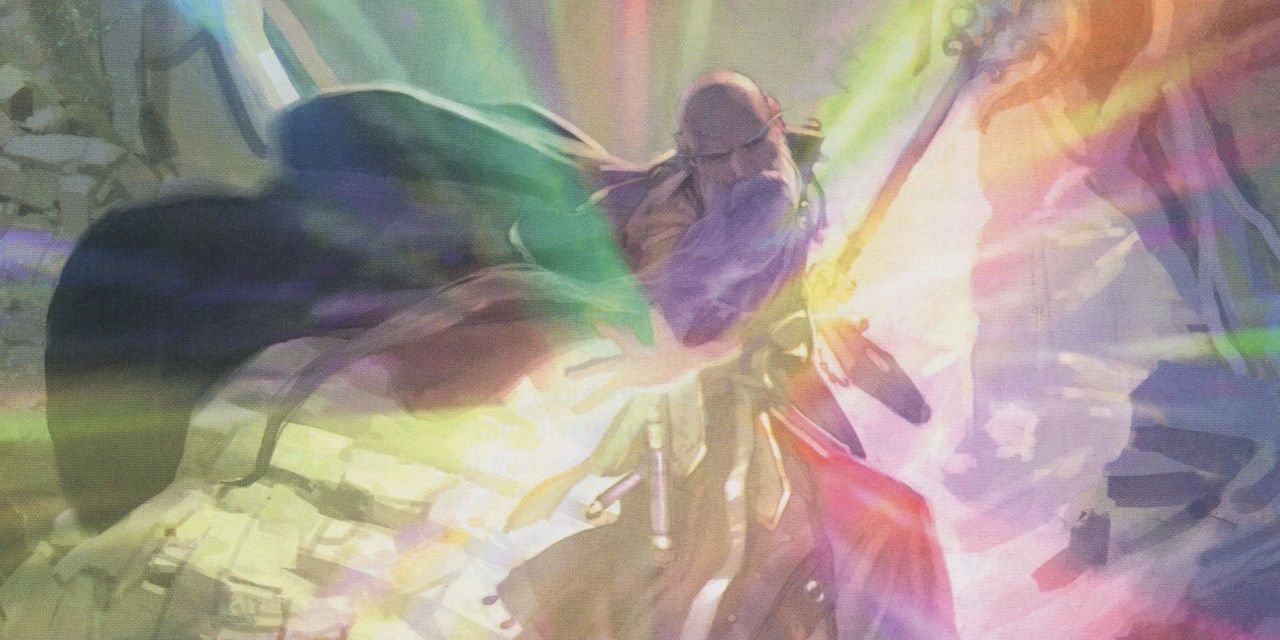 You hide away as a horde of otherworldly creatures rampages through your city, destroying everything in their path. The sounds of their sniffling nostrils draws closer, and you come to terms with your final moments when suddenly, a robed figure blasts the creatures away with a burst of flame. You were the sole survivor that day, and your savior believed there to be meaning in that. Since then, you've studied under their tutelage, learning the ways of the arcane arts and better understanding the threat that befell your home.

If your campaign centers around a specific type of threat, perhaps a demonic incursion or a take-over from the Far Realm, this is a perfect origin story. Consider your character having lost everything and decide how that affects their outlook and morality. Is the figure who taught you spellcasting still alive? If so, do they have a direct role in your life, or have you since gone down different paths? 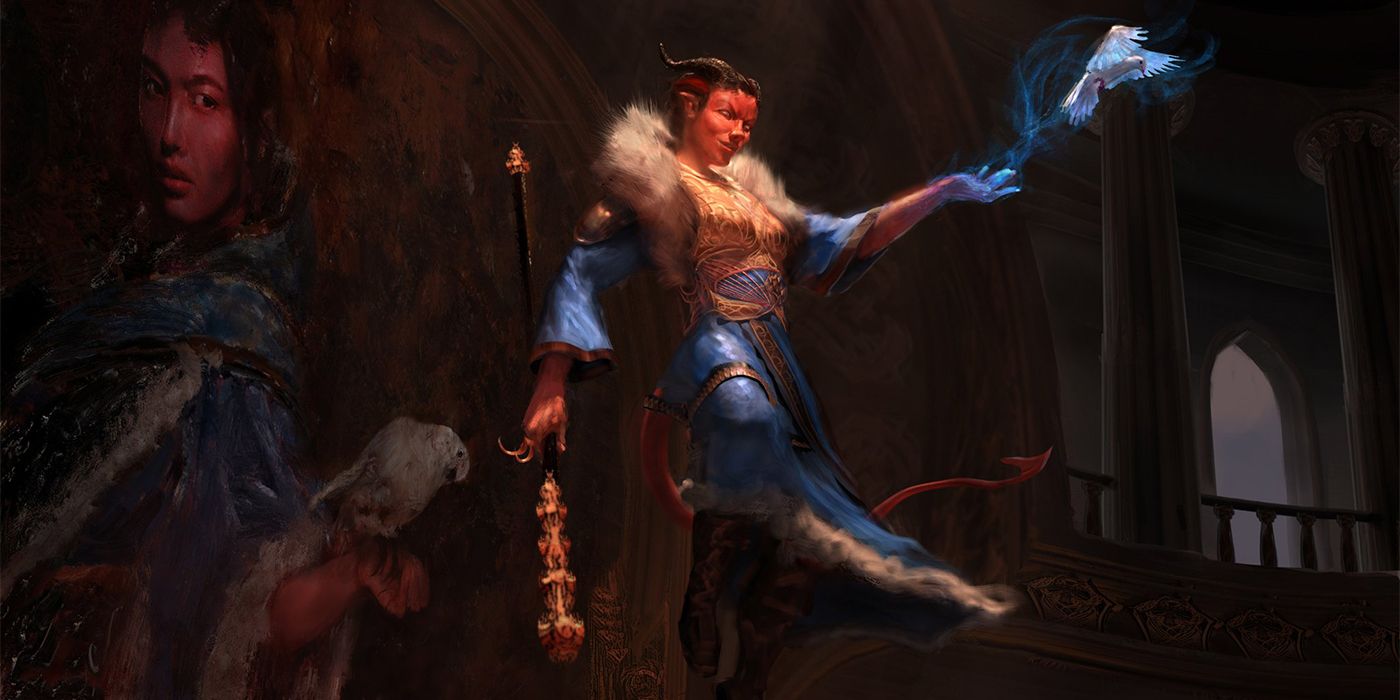 Growing up, you've always known your family to blame all misfortune on a curse that befell your lineage long ago. You've known little of it and cared even less. That is until it finally reared its ugly head toward you. Now you realize that the stories around the dinner table were far from fiction, and your life will forever be in decline unless you do something to break your family from this nightmare. But fire must be fought with fire, as a powerful curse can only be countered by equally powerful magic. No one ever attempted to undo this hex, but you'll pour over every piece of parchment you can find until you find something that does.

This narrative fits a family of nobility perfectly. Perhaps a wizard was scorned by a ruler centuries ago, but their ninth-level Wish spell placed upon your family still wreaks havoc. Is that wizard still alive or dead? Can the spell be undone without interacting with them, or does this road end in a final confrontation between two family descendants who know little of their ancestors' quarrel? 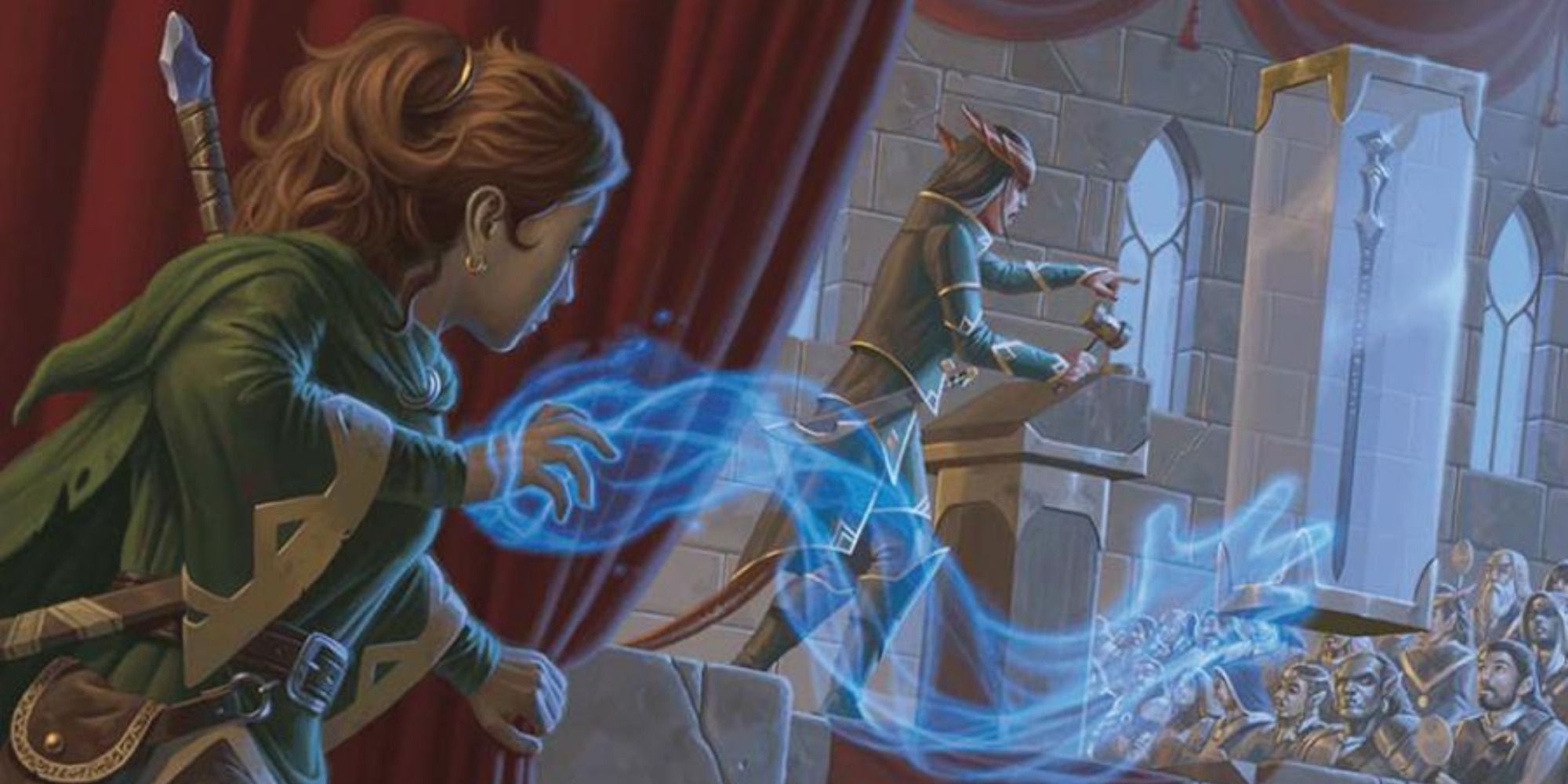 You awaken inside a coffin, having just experienced your death. But now you're back and ready for vengeance. You stretch your arms after what feels like a long nap, and the aches and pains of old age are now a thing of the past. Your ability to weave powerful spells is not lost, but your books and equipment are now most likely in the hands of your killer. Who knows how long it could take to get everything back, you'll certainly need help along the way, but you've got nothing but time. You can do this repeatedly until your means finally meet your end. Indeed, your adversary had no clue who they were messing with.

The 8th-level Clone spell is a fantastic way to craft a wizard for a high-level campaign. It allows the soul of the caster to travel into a fresh, possibly younger copy of themselves that they previously made, just in the case of an untimely demise. The clone retains all their memories and abilities but has the setback of having none of their old equipment (obviously.) As long as you're prepared to take on the role-playing burden of knowledge that a previous character may have had, this is an excellent twist on a magical origin story.