Elden Ring's repository of bosses never ceases to amaze us with its sheer number and creativity. Although there are a couple of repetitions throughout your journey, sometimes you'd have to venture to an alternate plane of reality to defeat a boss.

You might have noticed a spherical tomb surrounded by wriggling worms made out of stone balls – these are Evergaols, containing imprisoned bosses that you can test your combat mettle against. This time, we take a deeper look into a boss of massive proportions, a true giant in every sense of the word. We show you how to defeat the arcane warrior Bols, Carian Knight. 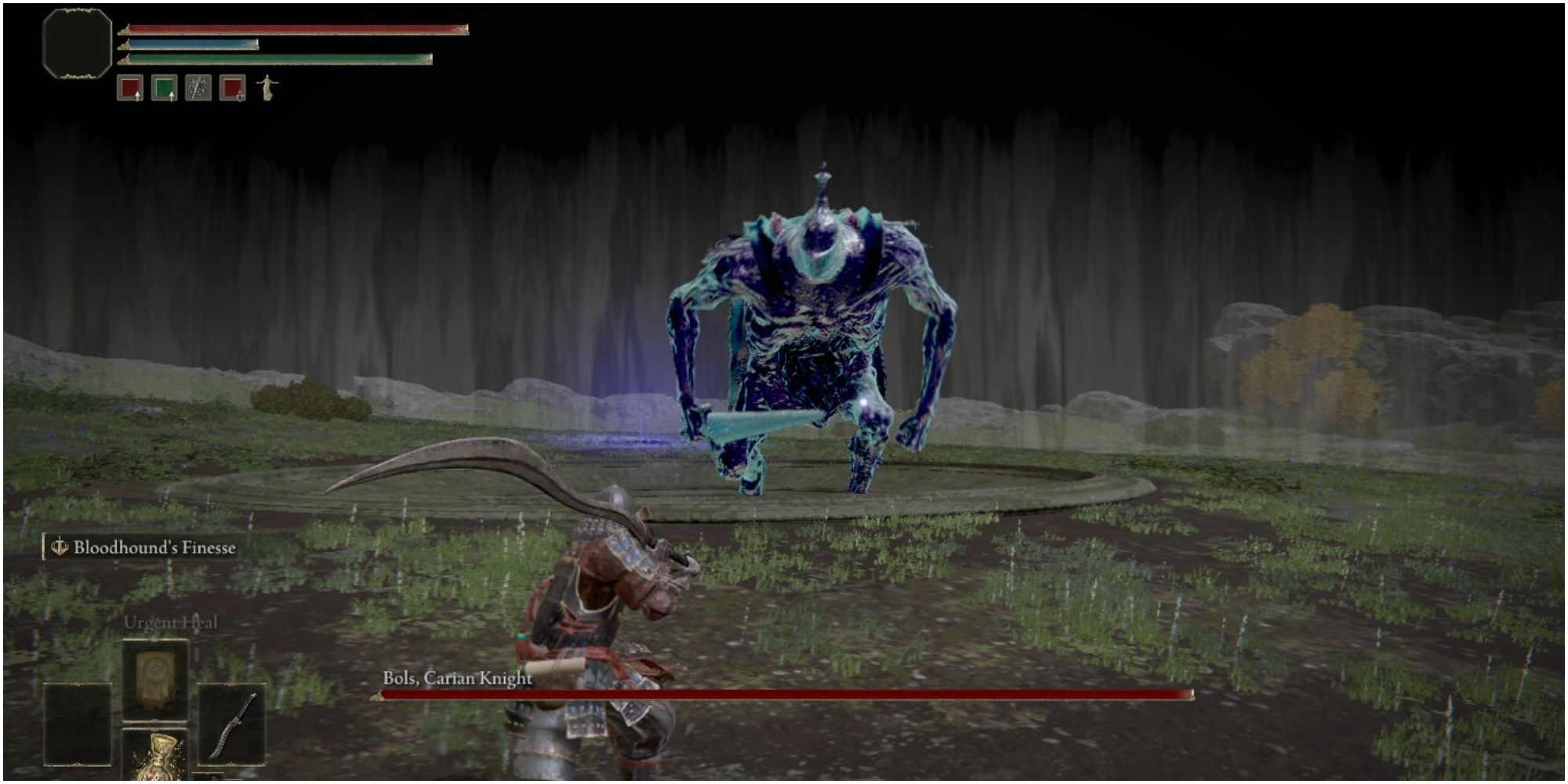 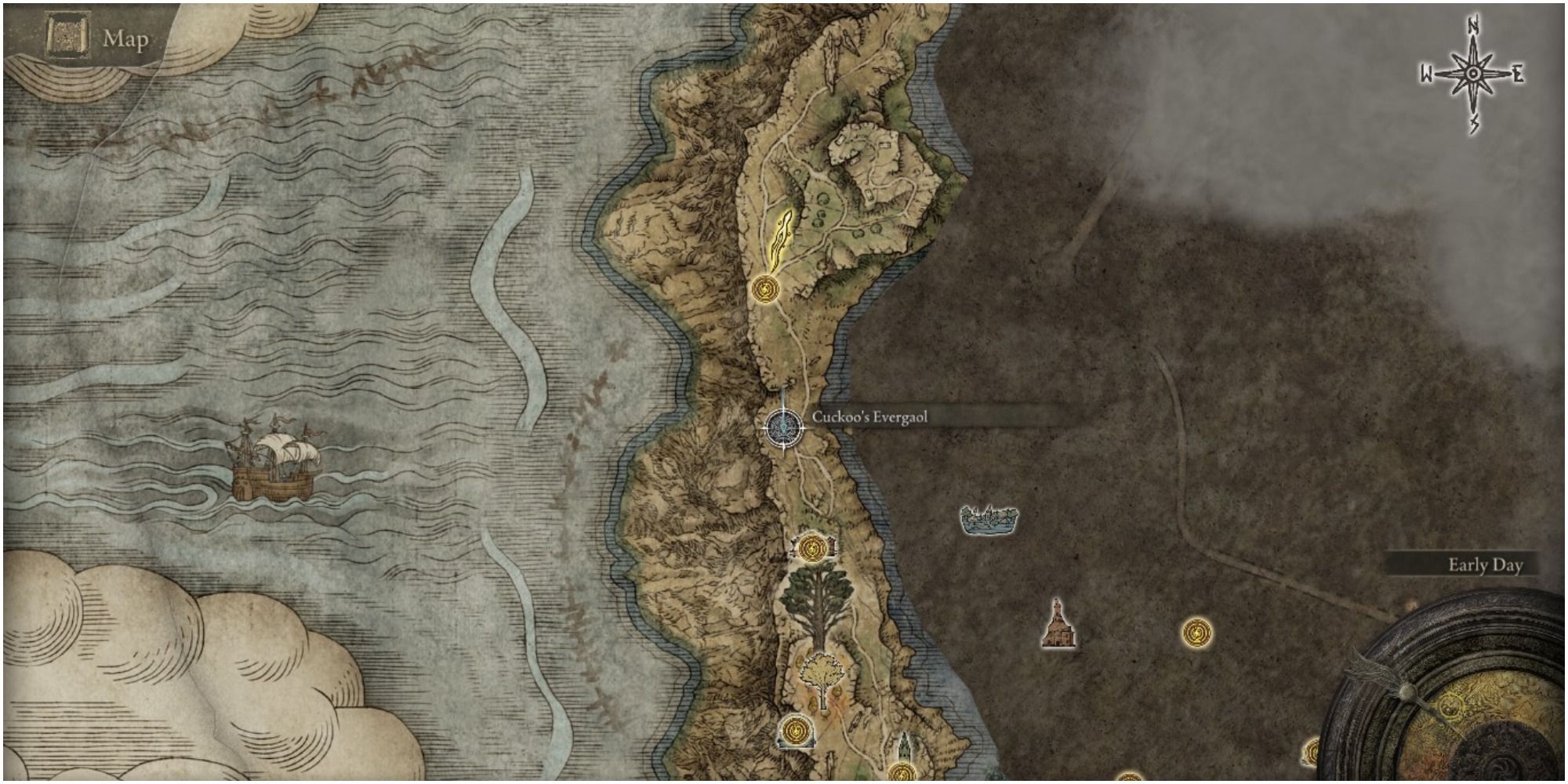 Bols, Carian Knight can be found in Cuckoo's Evergaol in the western section of Liurnia of the Lakes, with the closest Site of Grace being the Foot of the Four Belfries. Unfortunately, all Evergaol bosses do not give you the option to call upon your Spirt Ashes or your friends on Multiplayer for help, so you're all alone on this one.

This boss is largely melee, but he has one arcane attack that he can use that locks on to you. When it comes to weapons, upgrading it up to a +4 is sufficient to deal with this giant knight. Bols is quite vulnerable to several attacks, from your standard physical attacks to bleed and poison damage. 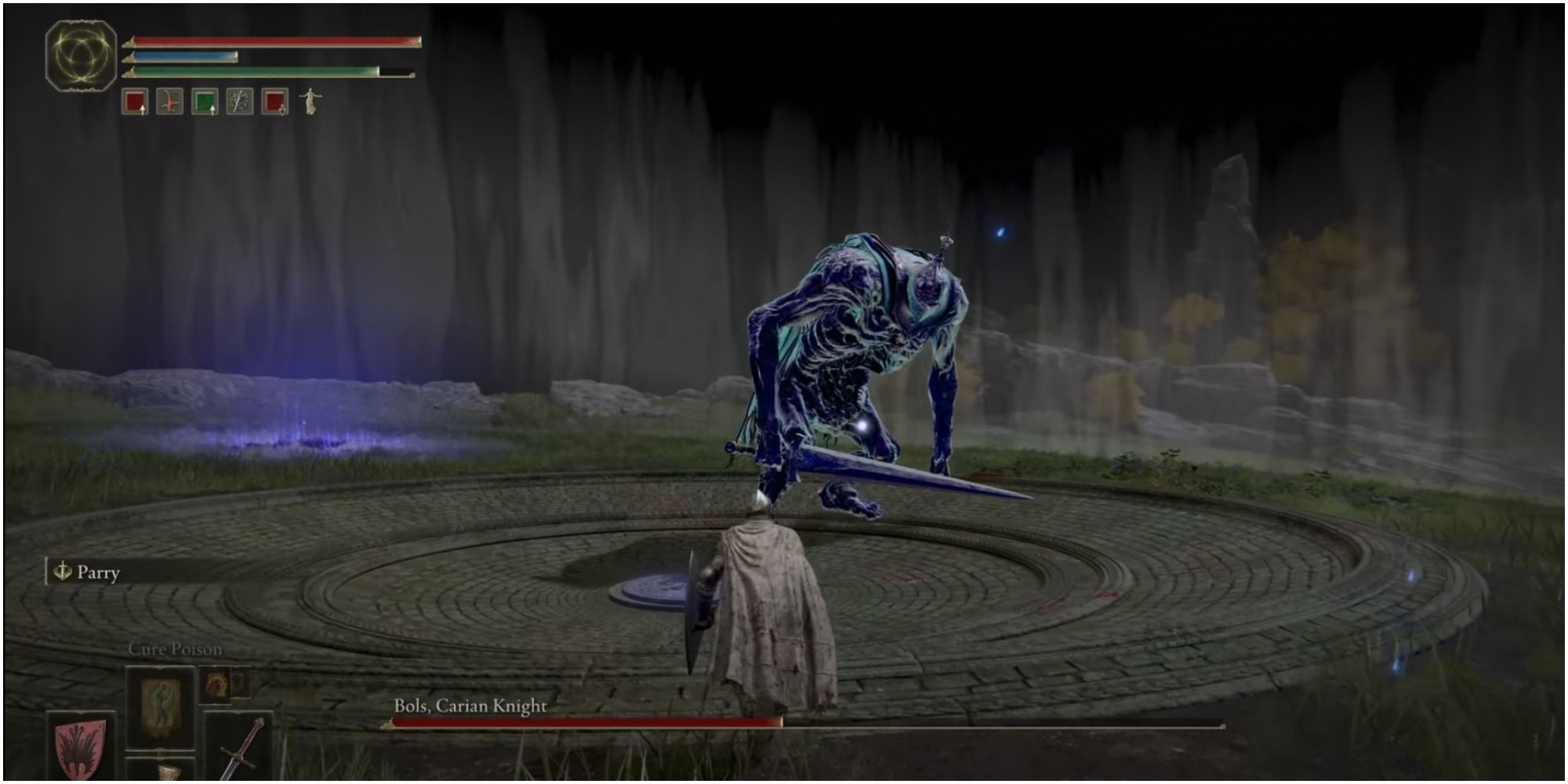 As mentioned before, Bols' attacks are mostly melee, but if you've caused enough distance, he'll resort to an arcane attack. The latter is simple enough to dodge, but the tricky bit is to watch out for his charges and sword slams, as they pack a heck of a punch. Here is a comprehensive rundown of all of Bols' attacks. 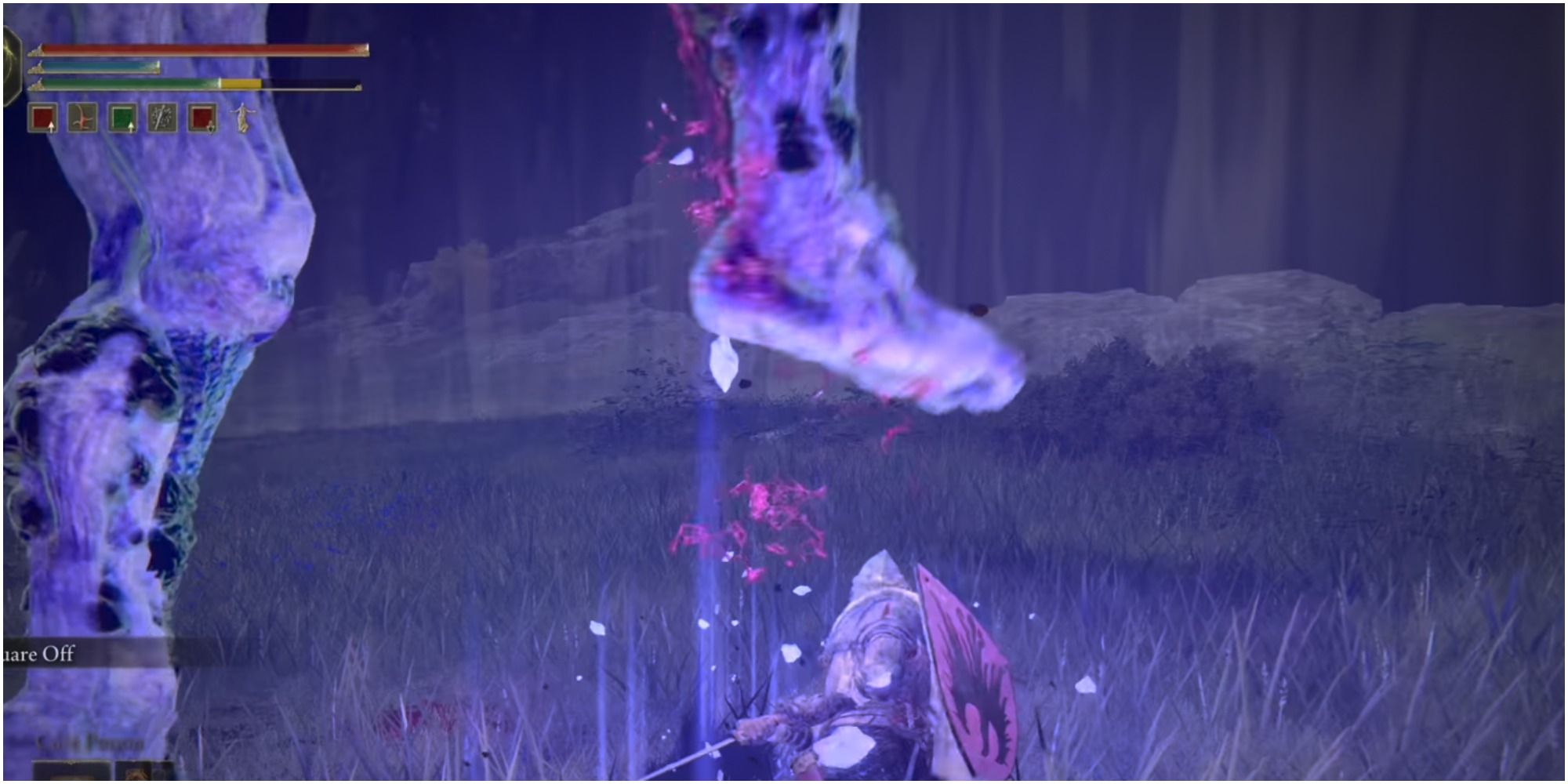 If you're playing melee, the first thing you'll probably do is attack his legs. When you do so, then expect his right foot to try to squash you to a pulp.

Counter: Get in as many as three hits before doubling back immediately. 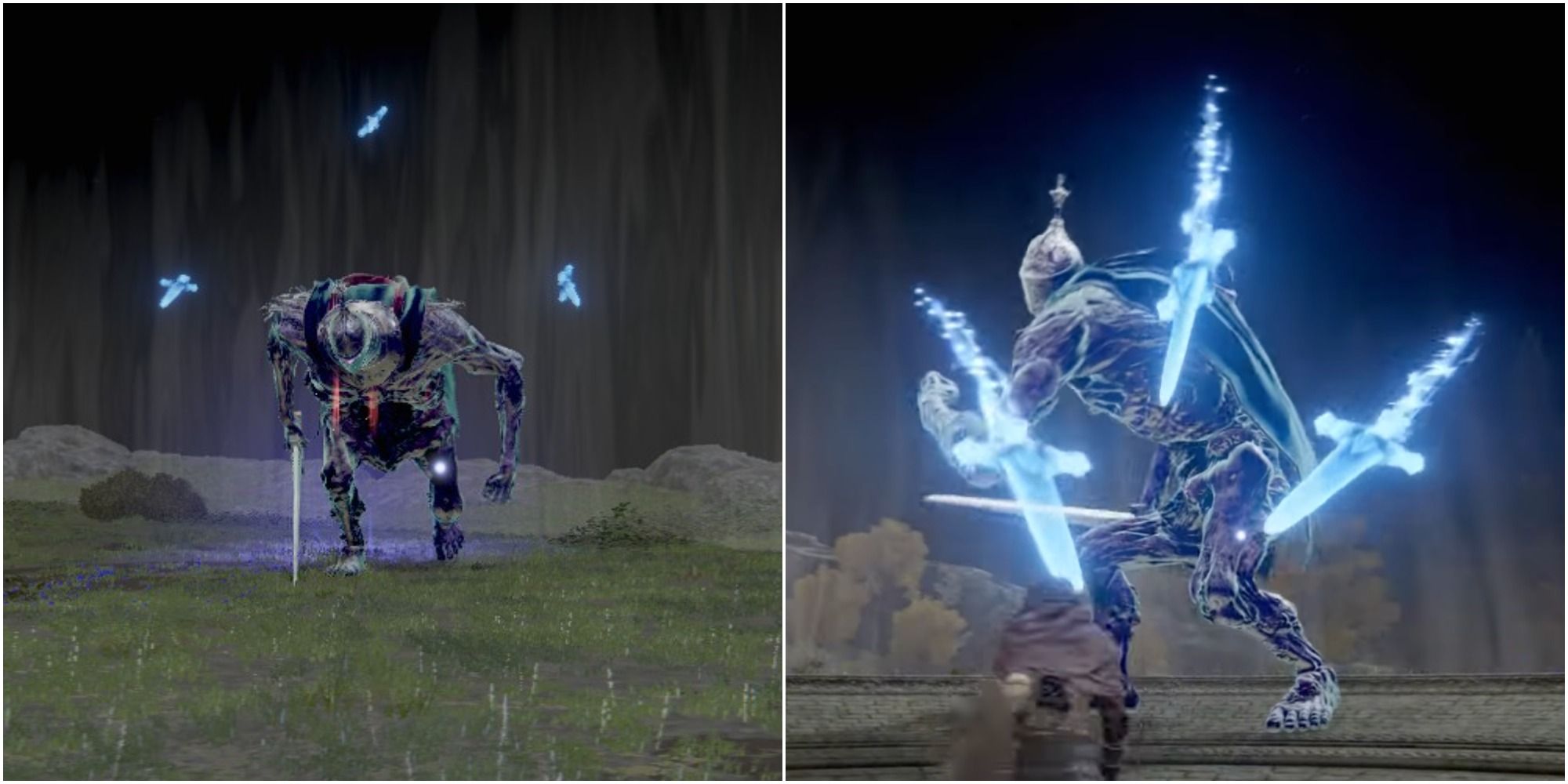 The single arcane attack Bols has in his arsenal, Bols will use his Greatblade Phalanx occasionally throughout the fight. You'll know when it's about to happen when Bols does a flourish of his sword-arm, and three azure blades appear above his head, before launching straight at you simultaneously.

Counter: As soon as the three swords appear, wait for all three of them to launch at you before dodging in the opposite direction. 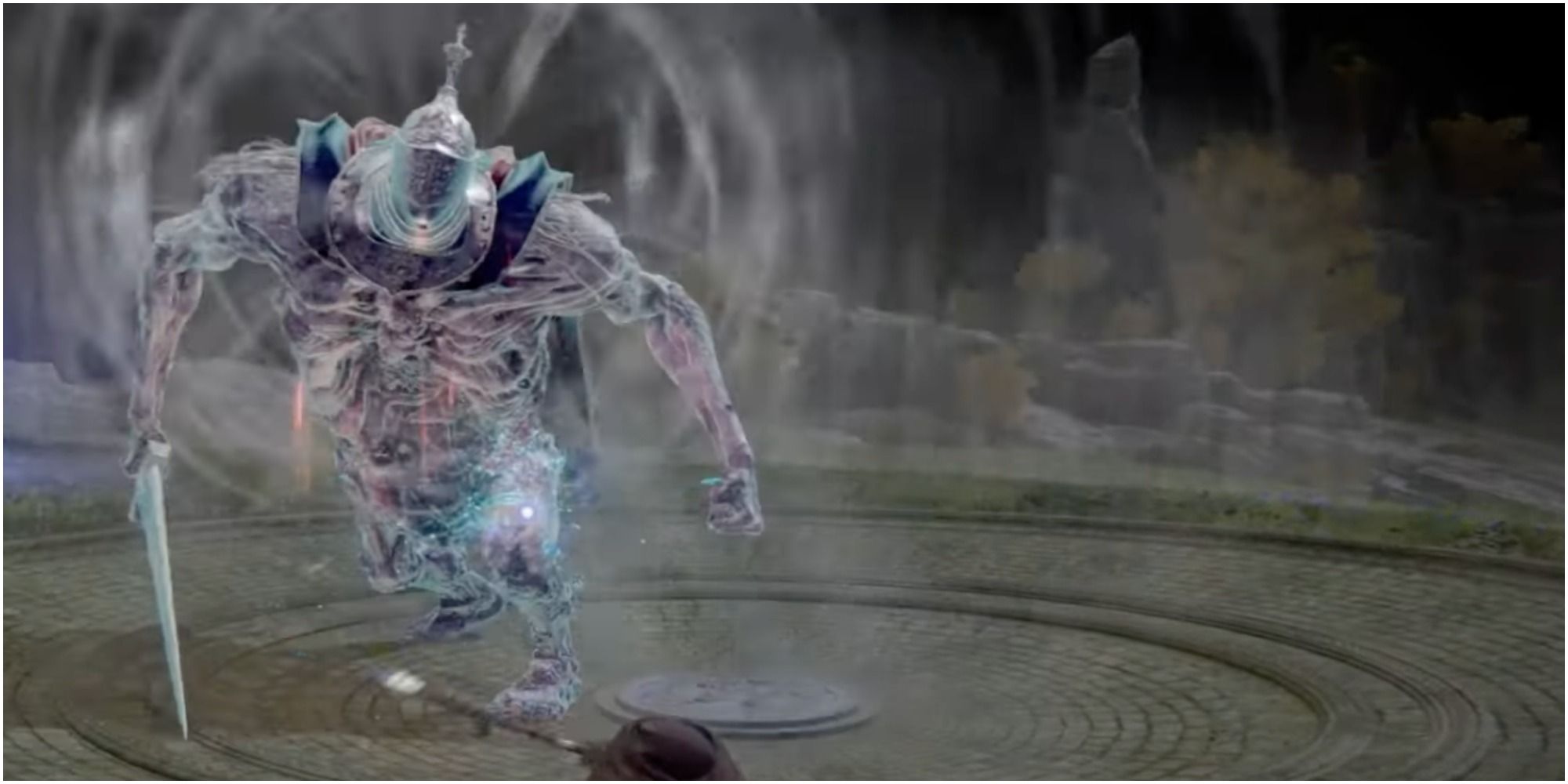 At times, Bols will unleash a powerful scream, which will cause you to topple to the ground.

Counter: It's not always easy to know when Bols will whip out this attack. But if you end up falling to the ground, get up immediately and roll away, because Bols will usually follow up with an overhead slam. 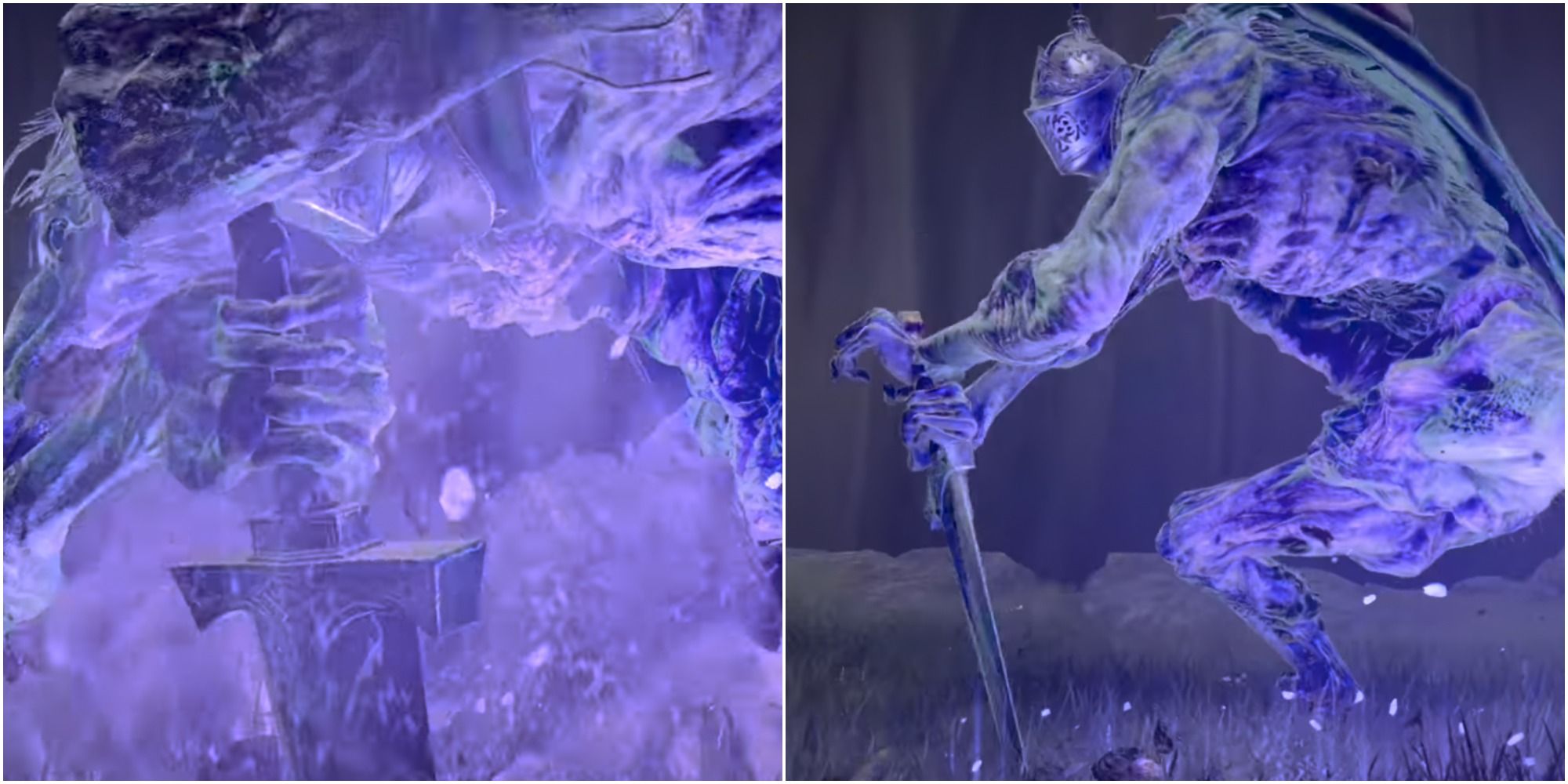 In one of his most devastating attacks, Bols will plunge his blade into the ground and drag it to your direction, before roughly yanking his weapon out. Every step of this move set deals damage and is something you must avoid in order not to get one-shotted.

Counter: As soon as you see Bols wrap both hands around the hilt of his blade and rear back, it is time to either roll far away or quickly roll into the boss, in between his legs. 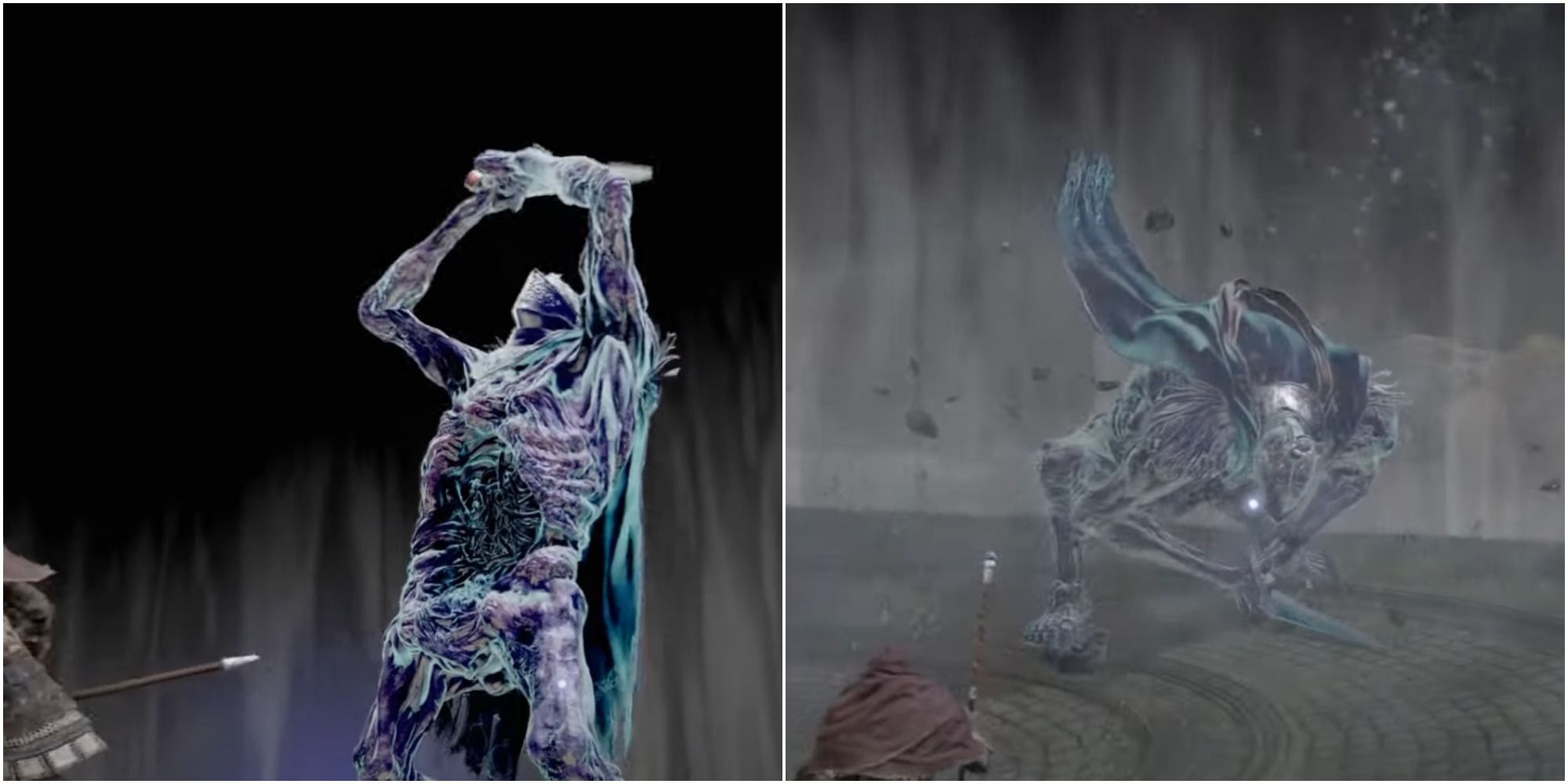 When you see Bols stand upright and hold his weapon aloft, then he is about to perform his overhead slam attack. He will throw his body forward and smash his weapon onto the ground, causing great amounts of dust and rock to fly up into the air.

Counter: Either roll into the boss between his legs or create as much distance as possible. 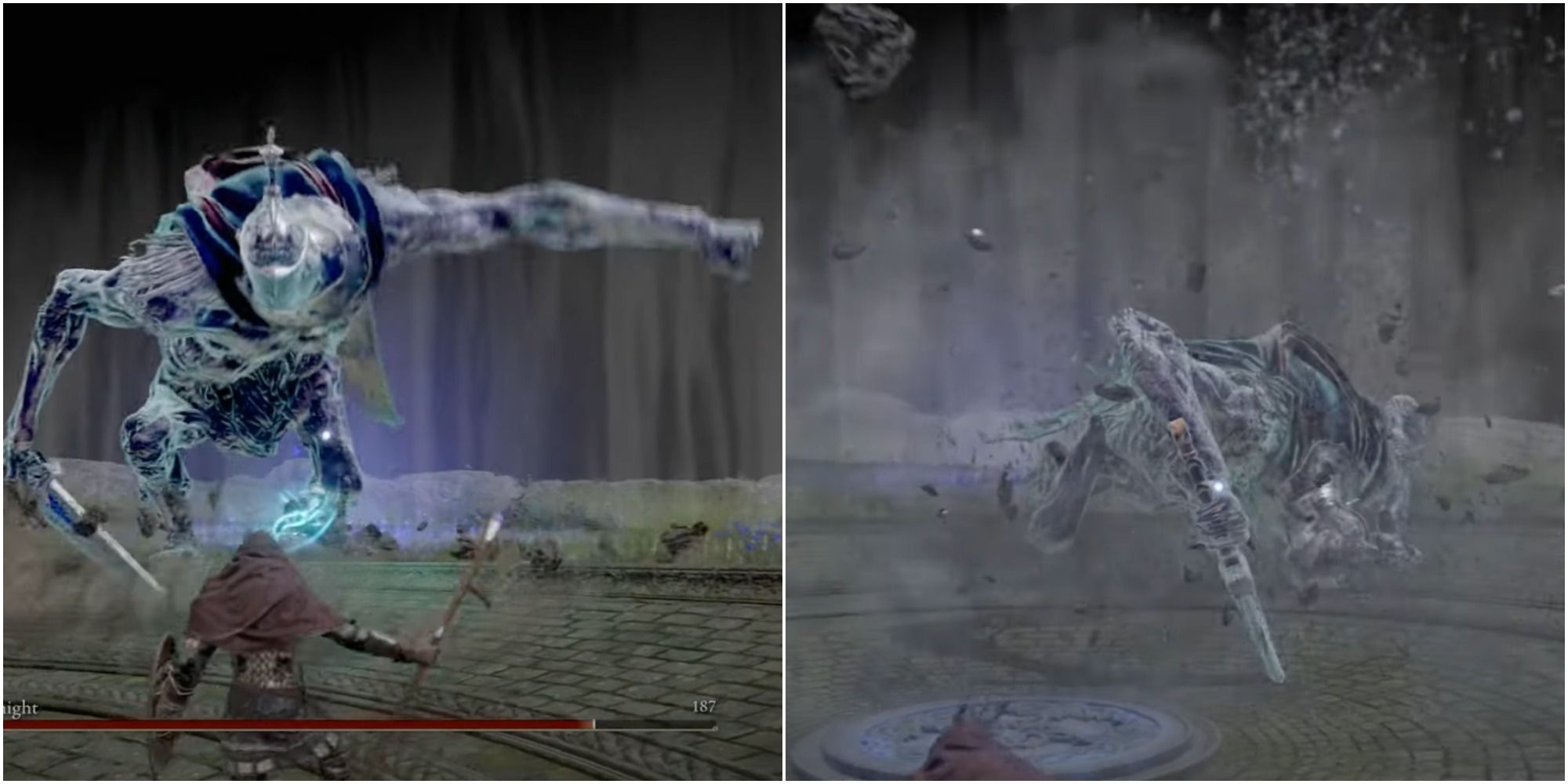 Bols will sweep the ground with his free arm, before following it up by plunging his blade into the ground.

Counter: Once more, create as much distance as possible.

RELATED: Elden Ring: How To Defeat All The Death Rite BirdsBattle Strategies 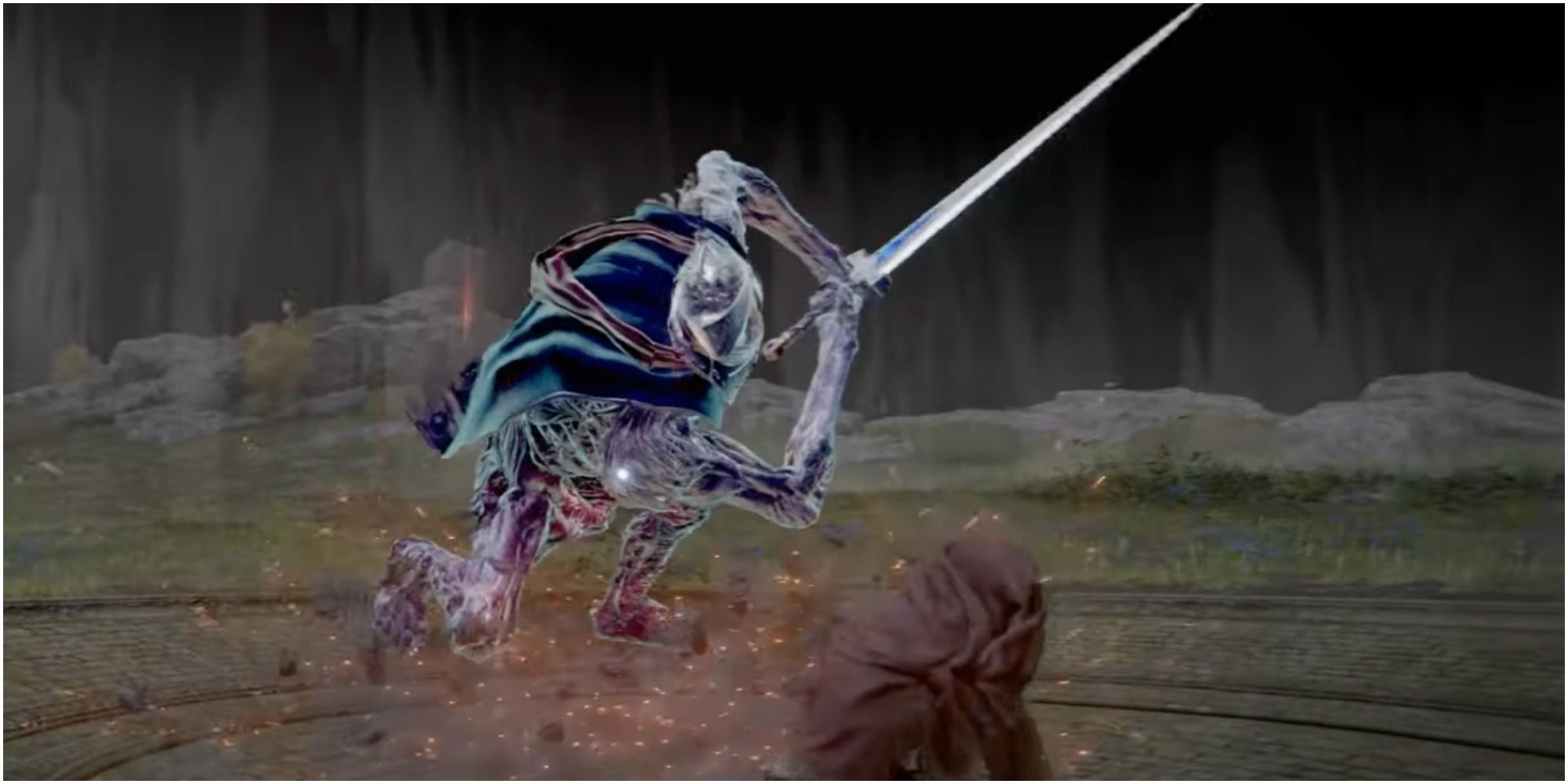 There are two methods in which to defeat Bols, Carian Knight. Melee builds are going to have a tough time trying to get in close quarters to inflict damage without getting squished themselves. On the other hand, sorcerer builds might have the advantage over this one, as attacking from a distance helps immensely. 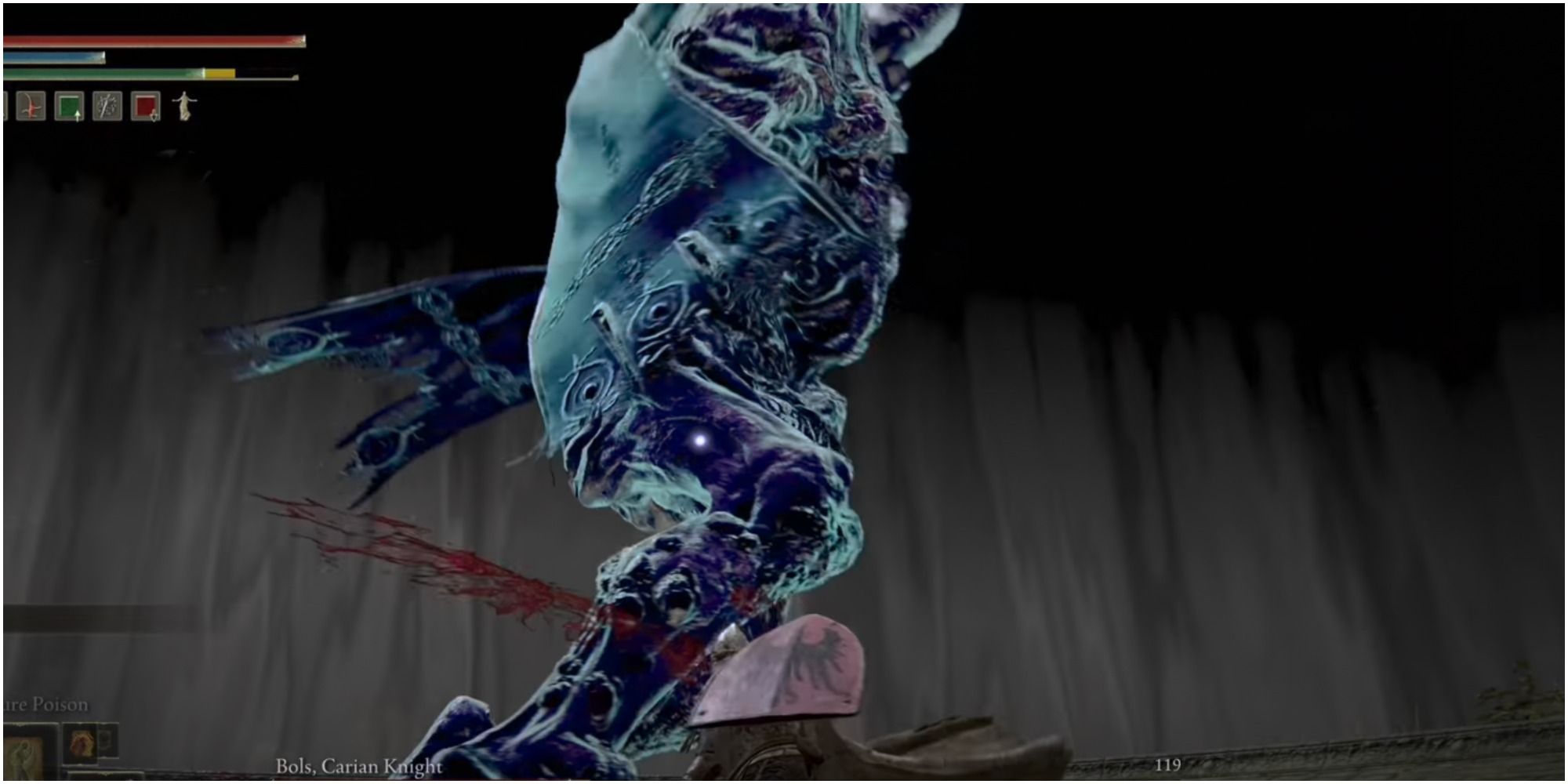 For those playing as a melee fighter, the strategy of patience, and getting a few hits in and getting out quickly is key. Upgrading your weapon up to a +4 is more than enough to remove chunks of his health. You might want to coat your weapon with Blood Grease, Poison Grease, or Rot Grease, as Bols is weak to all of these.

As for weapons, Bloodhound's Fang, Hookclaws, or any weapon with a Hemorrhage-type Ash of War is perfect for ending this battle quickly. With Spirit Ashes and Multiplayer assistance out of the picture, you'll need to do everything you can to gain an advantage. You've probably heard this many times before, but do not get greedy. 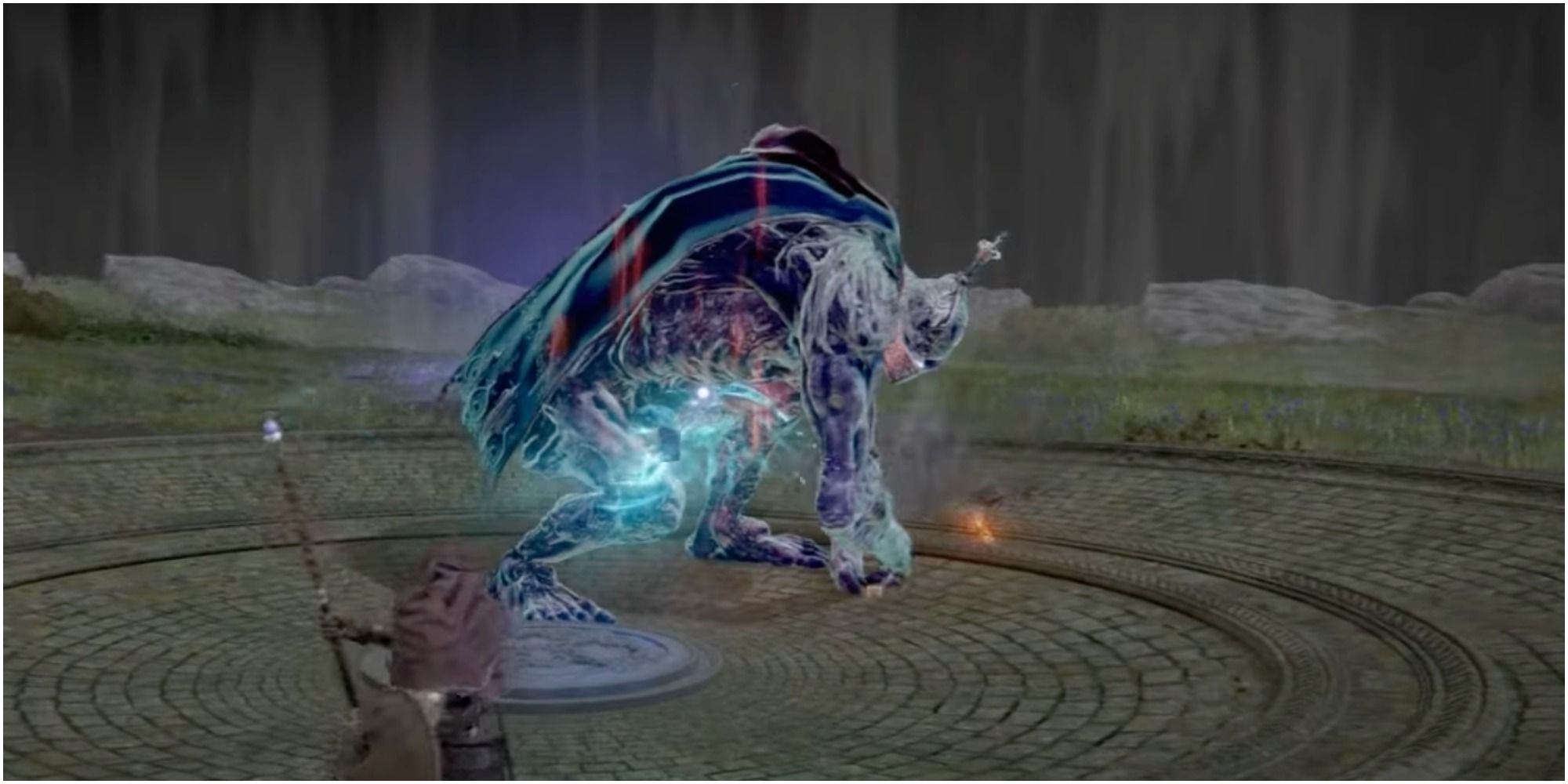 For those who have chosen to play as a sorcerer more than a melee combatant, it is highly unlikely that you've attained Hemorrhage-type spells such as Swarm of Flies at this point of the game. So, arming yourself with spells that deal huge physical damage is recommended, like the Great Glintstone Shard or Glintstone Pebble sorceries.

There are certain weapons you can keep an eye out for. Duplicating and wielding Reduvia daggers and inflicting bleed damage by its Reduvia Blood Blade Skill is recommended. 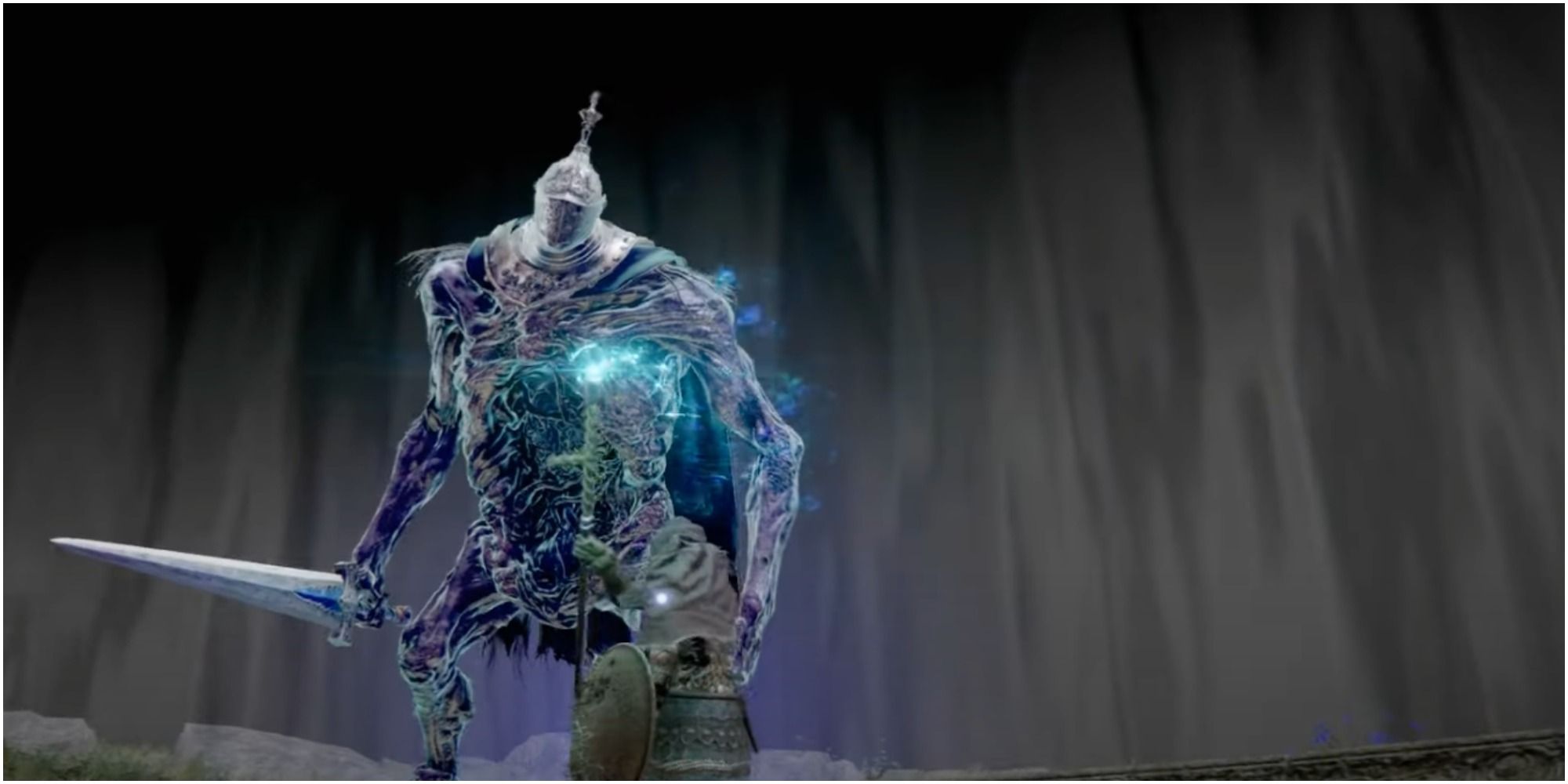