Perfumer's Grotto is an easily missed dungeon in Elden Ring. It's located within Atlus Plateau but tightly hidden away behind various enemies. The very entrance is guarded by a giant poisonous flower and just before the flower is a couple of bears. RELATED: Elden Ring: Leyndell, Royal Capital Legacy Dungeon Guide

This location is to the left of the entrance stairs to the capital, just before the Outer Wall Phantom Site of Grace. Behind the railing, in between the stairs and the mountain can be found a giant miranda ready to attack. Defeat this flower to enter the dark cave in the wall. 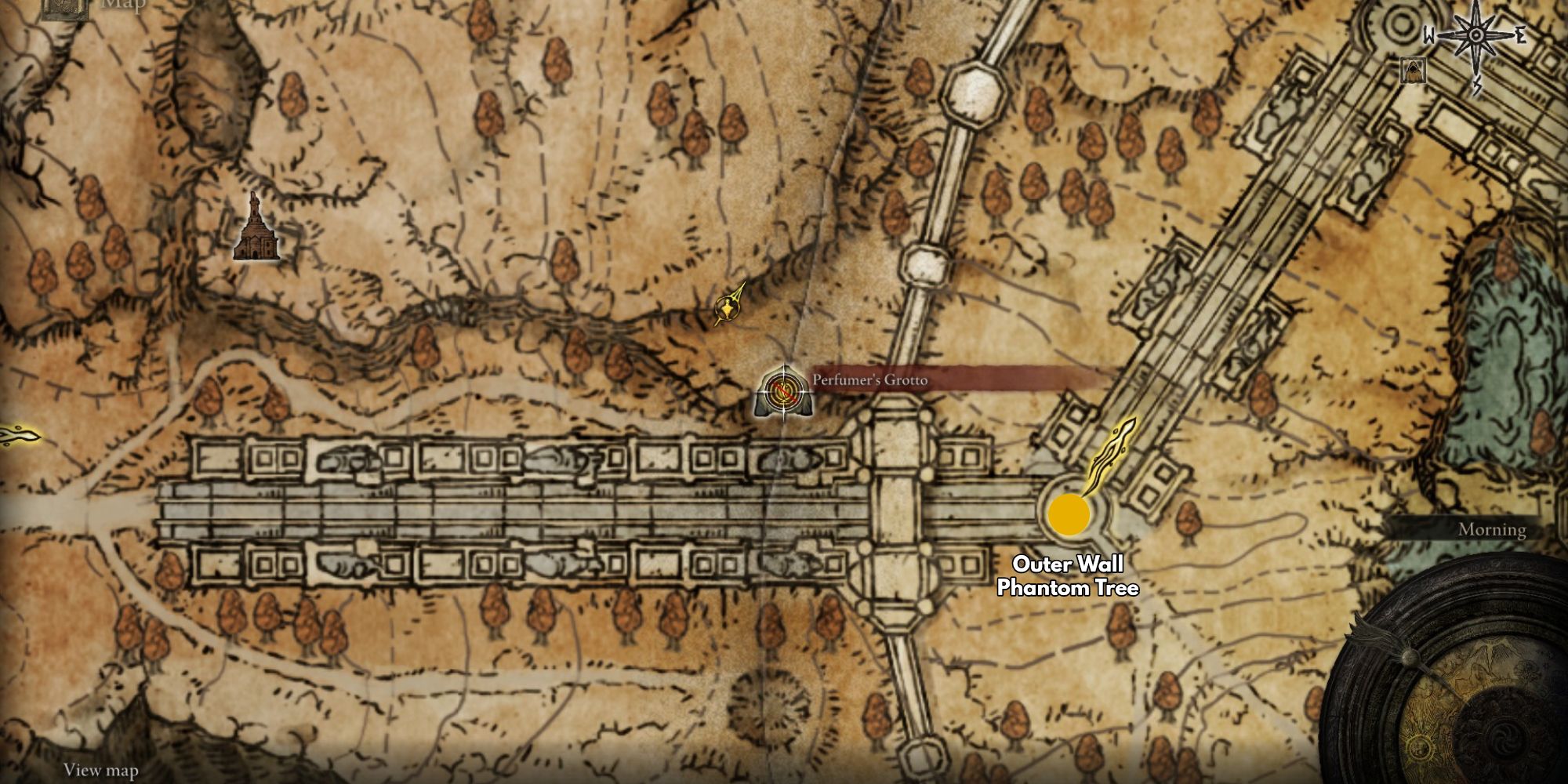 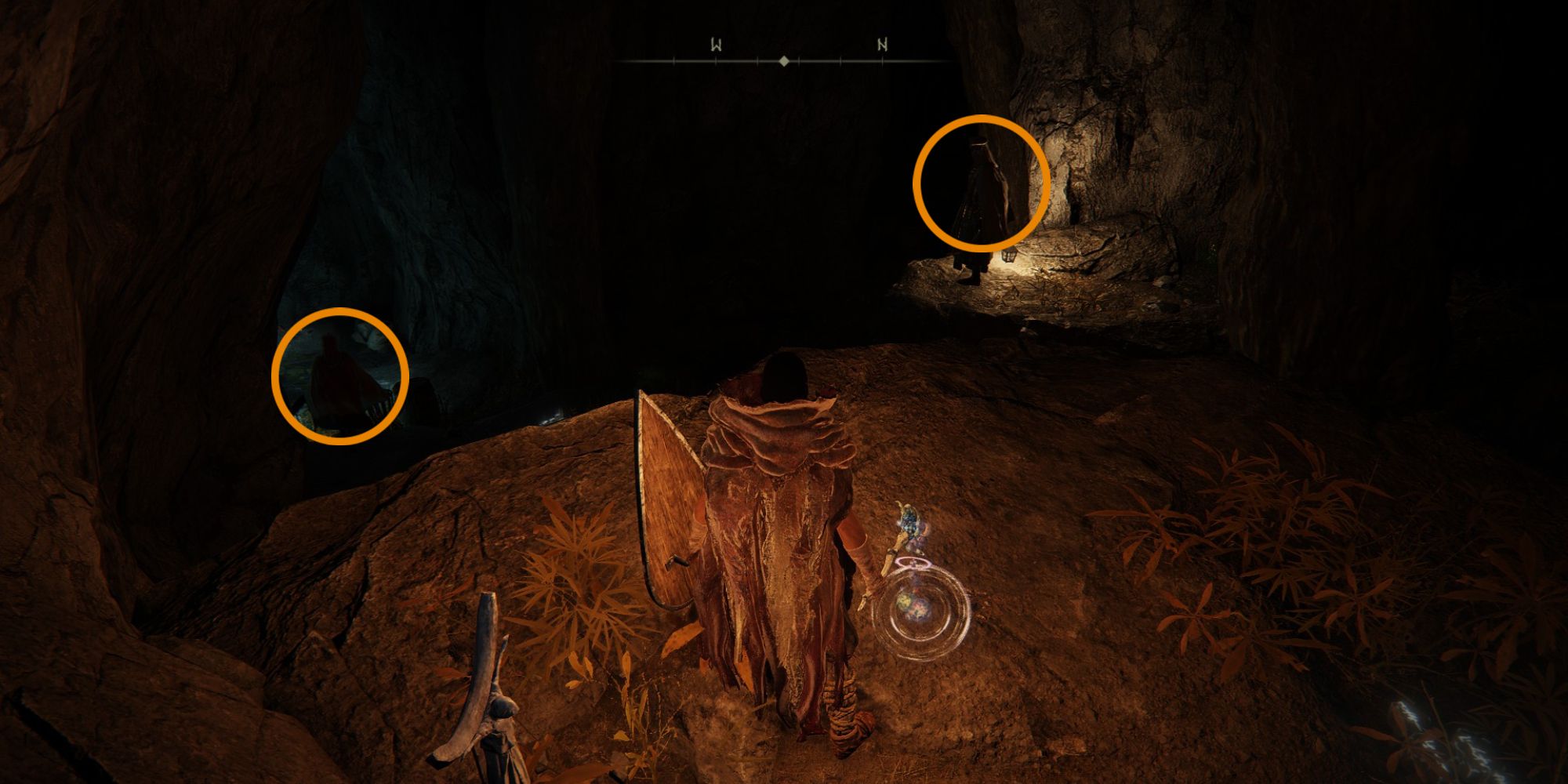 You'll immediately run into a Perfumer on a ledge across from you. There are two more Perfumer's just beneath you and the ledge. All enemies cannot see you, as their backs are turned. There is a giant flower down and to the left, as well. 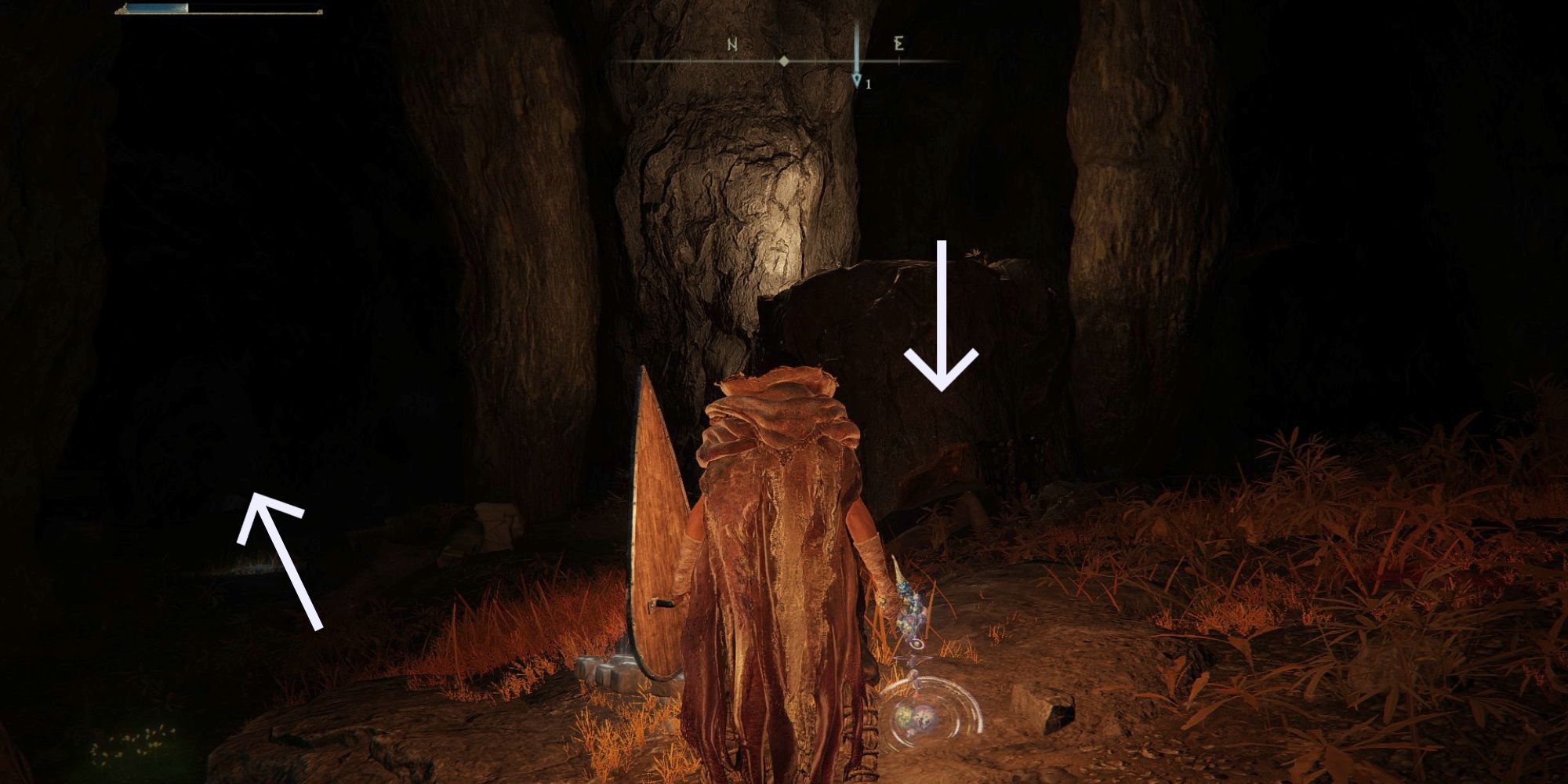 You can either drop down and brute force the enemies or you can stealth behind them by heading down the slope to your right, past the ledge. Either way, to continue through the cave you must continue right. 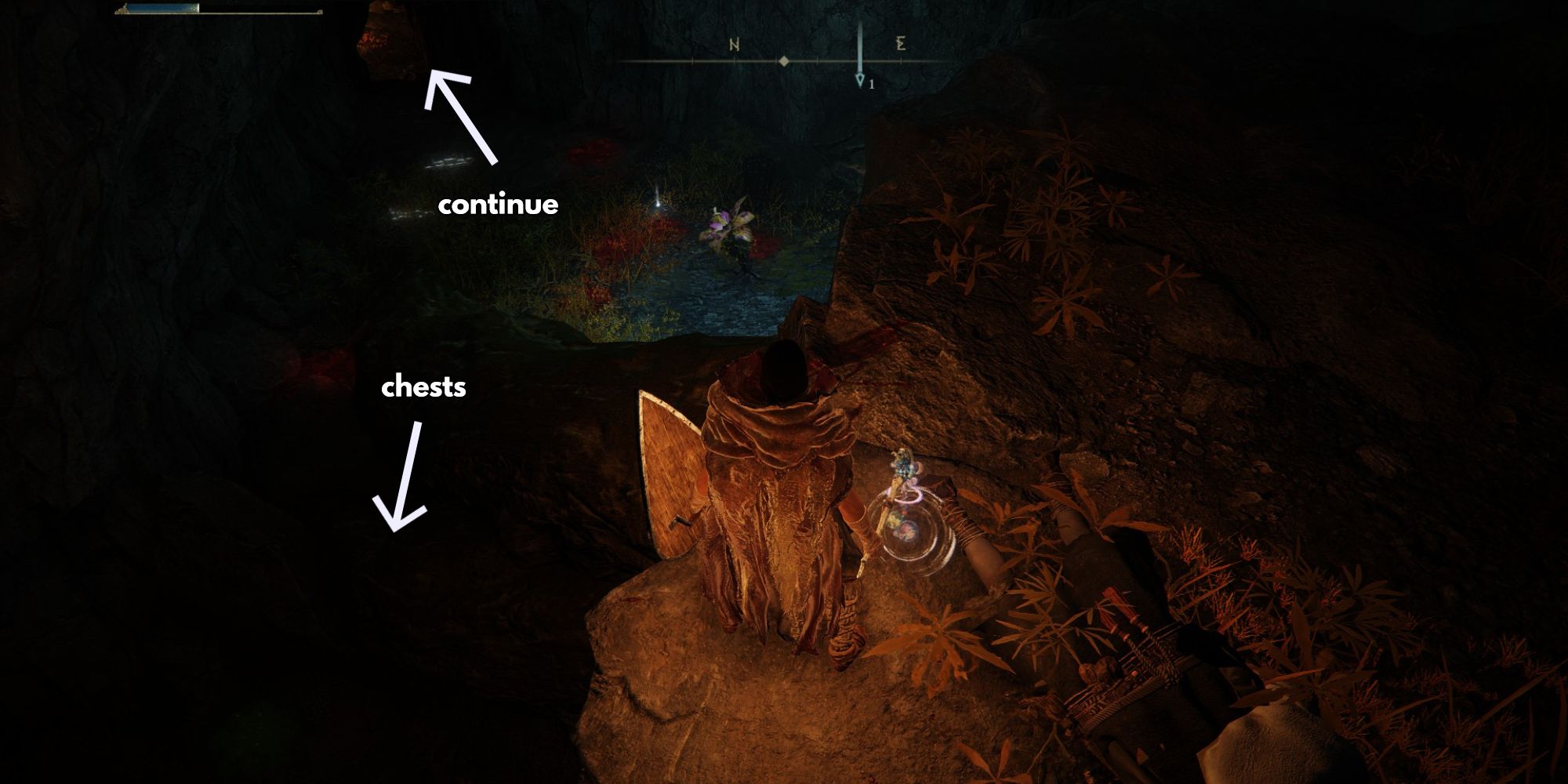 In this next room is a large poisonous flower down below, along with a Perfumer and two tiny flowers. There is a rock formation you can walk down safely to your left. On the other side of the makeshift bridge is two treasure chests. One contains multiple Living Jar Shards, the other contains a Perfume Bottle. 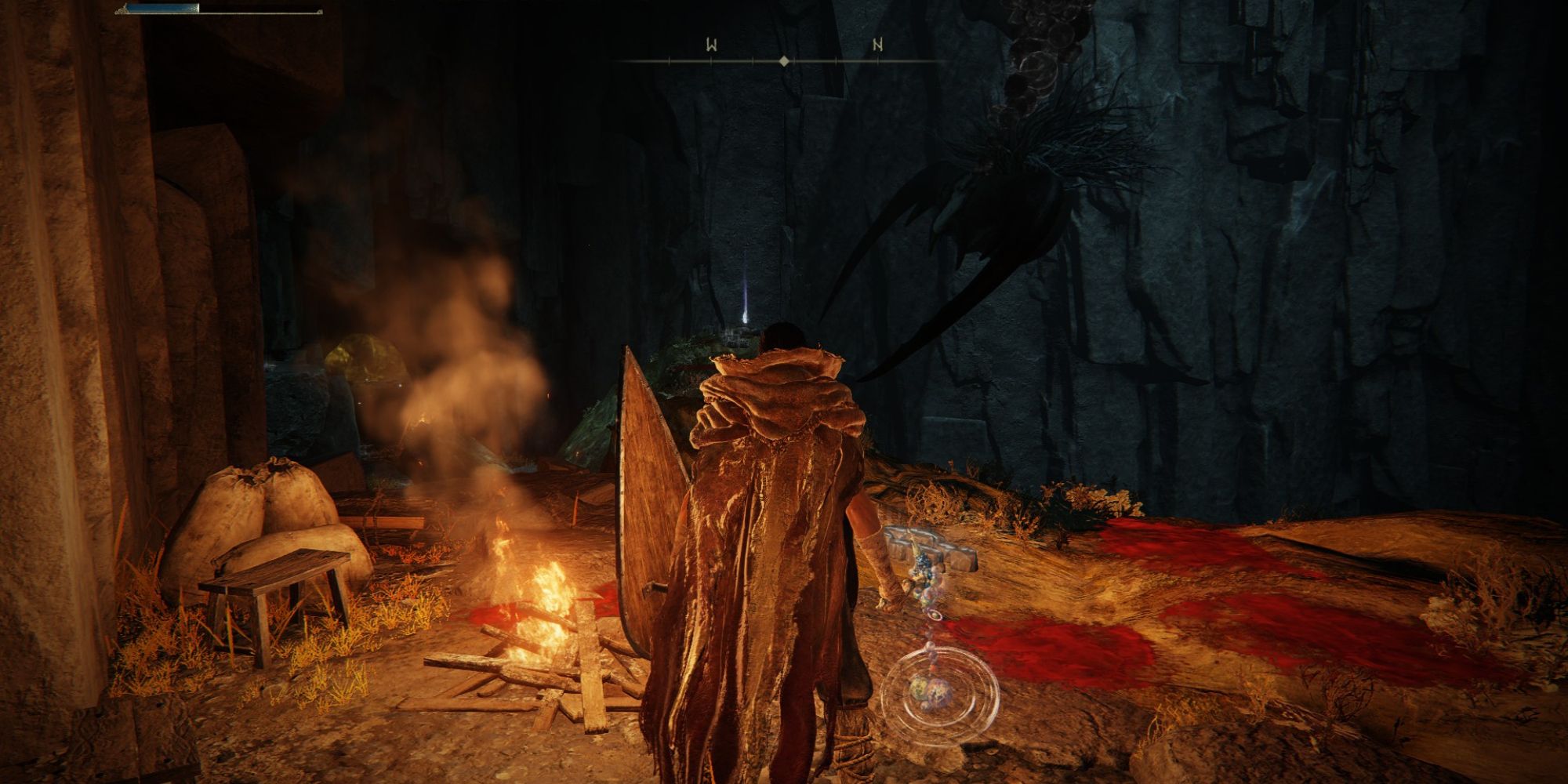 Continuing through the cave, you'll bump into a Malformed Star hanging in a large chasm. It will be easy to inflict damage and quickly run back into the cave for defense, as the Malformed Star's ranged attacks won't be able to enter the cave. 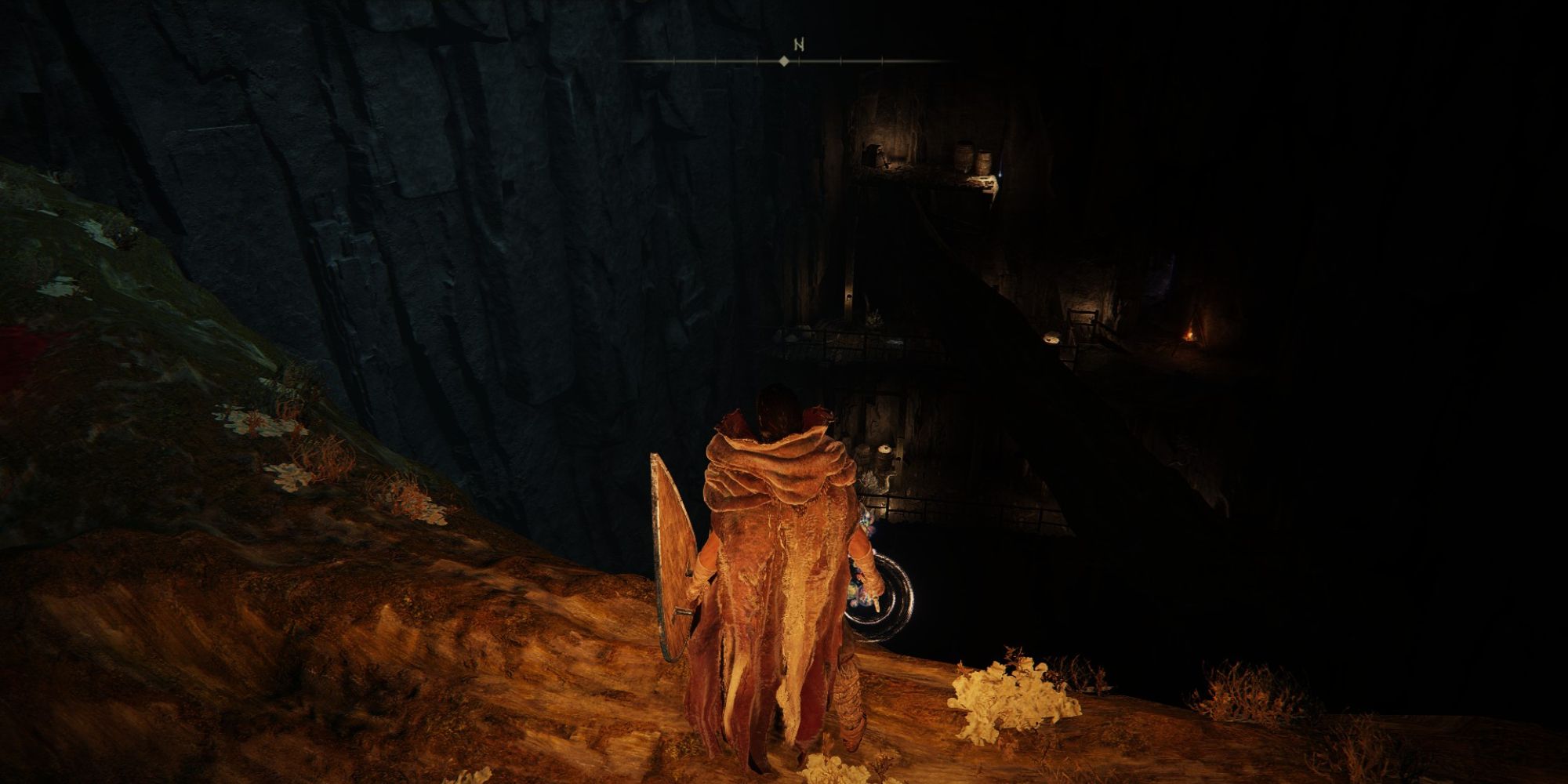 Across the chasm, you'll notice items and light. This chasm is connected to the Atlus Tunnel system, another dungeon in Atlus Plateau. It's best to take the Malformed Star out here before completing the Atlus Tunnel because you won't be able to damage it from the other side.

Across the roots is the boss fog wall.

Miranda The Blighted Bloom and Omenkiller 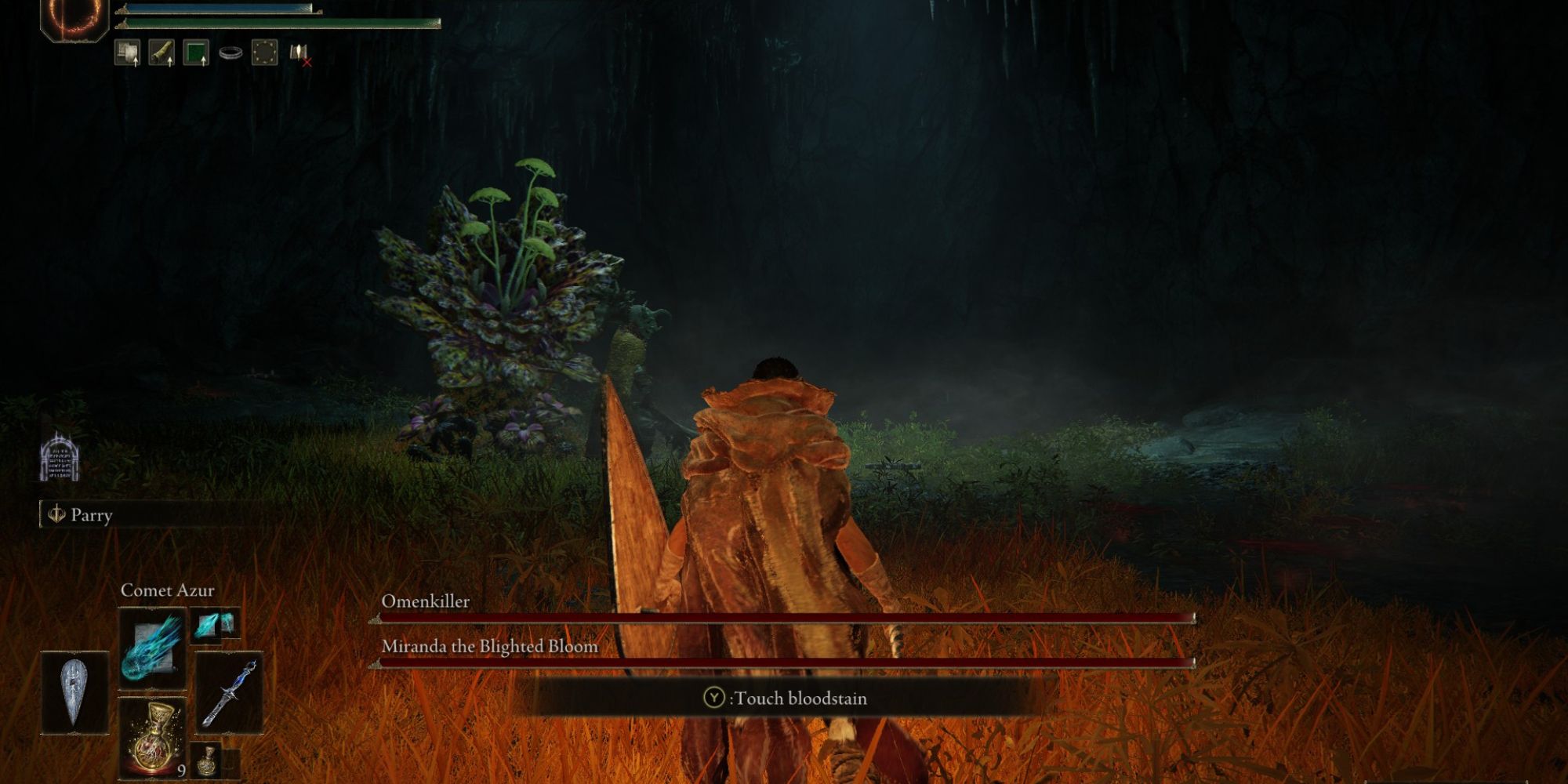 This is a duo boss fight between a deadly Giant Miranda and a quick-witted Omenkiller. The Giant Miranda will relatively stay in the same spot and only do its ranged, raining-down attack every so often. For now, it's the Omenkiller you want to worry about. He moves fast and hits hard with melee damage and then comes in with a flamethrower-like attack.

You'll want to isolate the Omenkiller and take him out first. The giant flower can't press you as he can. If you want, you can use a summon to distract the Giant Miranda's attacks while you deal with the Omenkiller or have it the other way around.

As a mage, it will be hard to cast spells against the Omenkiller. If you have any melee, you should try to use it for him. You could also use a summon to take on the Omenkiller instead so that you can cast your spells.

As a melee fighter, the Giant Miranda will be harder since you can't get close without being inflicted with poison build-up. Using ranged Ashes of War will help, but with the Omenkiller out of the way, it shouldn't be too hard to take out the flower.

When the Omenkiller uses his flame attack, it's better to roll backward instead of sideways because the fire spreads.

Upon the defeat of the duo, you receive the Great Omenkiller Cleaver.