Blaidd is Elden Ring's poster child, the big bad wolf that everyone loves to love. We meet him during Ranni's questline in an underground city, in the middle of the woods, and at Radahn's Festival, ready to help you take on the boss beside Mr Pot and Patches.

But he has a fairly troubled history and a tragic end. Like the poster children of Soulsborne games before him, he's the hero who falls from grace, turning from a fan favourite to a tearjerker – think of him as a Were'Solaire'.

You first meet him at Mistwood Ruins where he's looking for Darriwil. His quest seems simple enough – find Darriwil, kill Darriwil. But then you go through the manor, fight all manner of ghastly creatures, encounter a large magical dragon, a witch in a tall tower, and a new path which Blaidd helps you follow. A new path and a new chapter in his story. 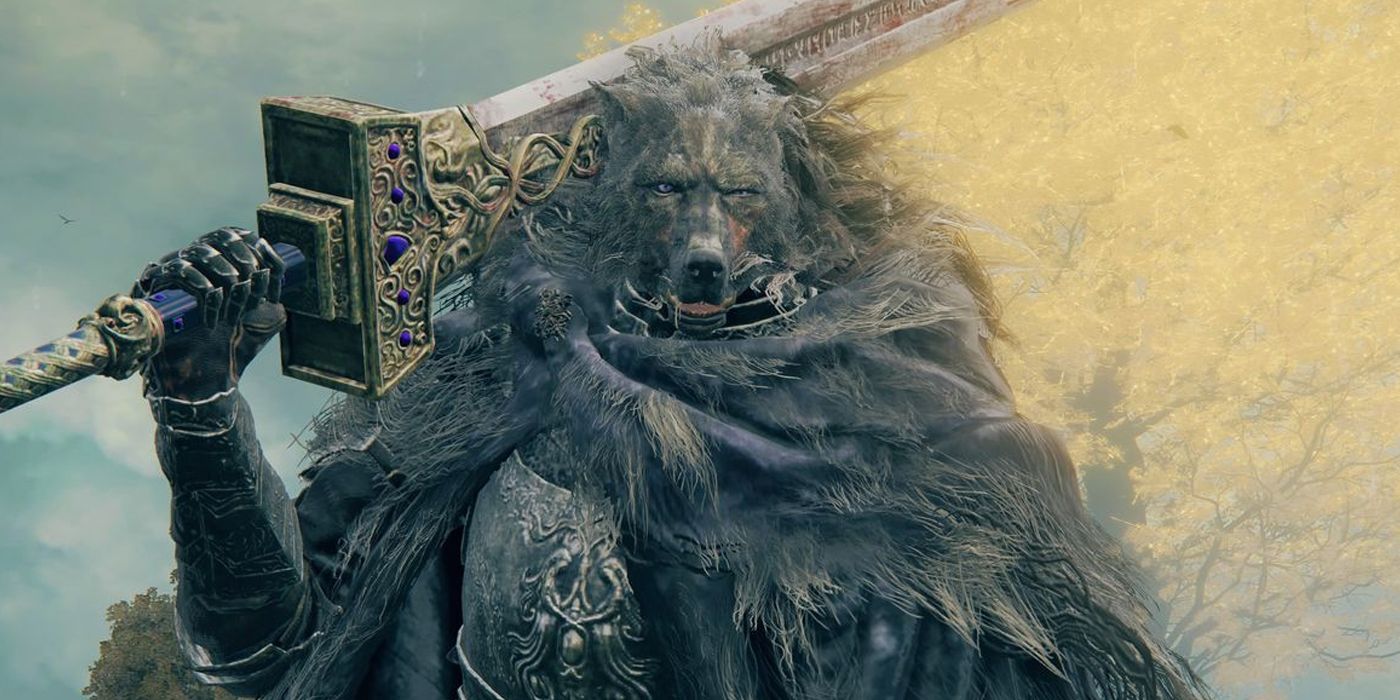 Blaidd is half-man, half-wolf, and was created by Ranni's Two Fingers to keep tabs on her, to make sure that she followed the path to her destiny of replacing Queen Marika. But Blaidd didn't follow the Two Fingers, instead swearing allegiance to Ranni, even after she sought to abandon her quest, stealing the rune of death. But the Two Fingers had placed a curse on Blaidd – if Ranni ever abandoned her destiny, Blaidd would lose himself, becoming bloodthirsty with an uncontrollable urge to kill. He would go feral.

In defiance of the fate he was born to, Blaidd swore to serve no master but Ranni. As proof, the sword was imbued with a cold magic at the moment the oath was sworn.

As for his vendetta with Bloodhound Knight Darriwil, there's little known. They seem to be part of an order of knights, though we only encounter Darriwill, and they're Bloodborne-like in their beastly mannerisms and attacks, with elements of Dark Souls 3's Dancer in their finesse. And Darriwil's sword gives us little insight into his origins or feud with Blaidd – you could assume that he posed a threat to Ranni, but that's simply speculation.

We know that Blaidd is a sworn protector of Ranni, so by the events of Elden Ring, we find him doing just that, even as the world crumbles and Ranni forsakes her destiny. He fights back against the corruption of the Two Fingers, but it eventually engulfs him.

Why Does Blaidd Betray Us? 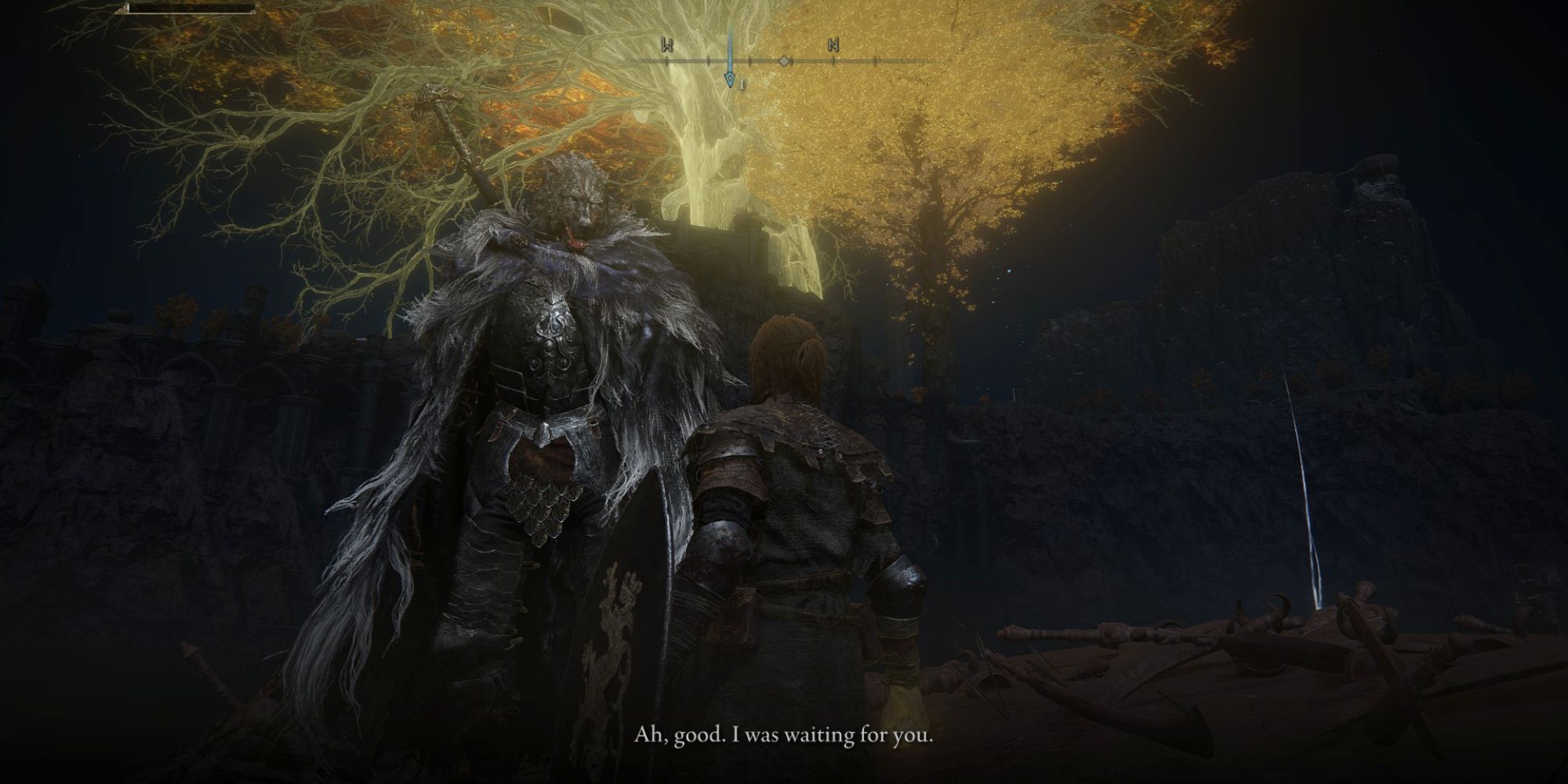 Ranni has a few aids by her side, chiefly Iji, the blacksmith. After you defeat Radahn alongside Blaidd, he tells you to meet him in the sunken city of Nokron, but he never arrives. That's because Iji imprisons him in an evergaol, the same one we fight Darriwil in. These are magical jails which Blaidd comments on when we fight Darriwil, saying that a cell isn't enough and that he will put him out of his misery. We don't do the same for Blaidd.

Instead, we release him, to which Blaidd remarks that he's confused as to why Iji would lock him away. Iji believes he poses a threat to Ranni. Although we aren't clued in on why, visiting Iji gives us an insight – Blaidd is cursed. But Iji didn't have the heart to kill Blaidd, so he trapped him in the evergaol.

Venturing back to Ranni, we find Blaidd among a sea of corpses – Black Knife assassins sent to kill Ranni. But in his blood-filled killing spree, Blaidd's loss of self worsens. He isn't consciously or intentionally trying to harm us, nor is he actively hunting Ranni. However, every kill, every moment drenched in blood, drives Blaidd further and further away from himself until he goes feral and attacks us, forcing us to cut him down.