The vast realm of ZeniMax's Elder Scrolls Online never ceases to amaze with its detailed, gorgeous aesthetics and bountiful quests. And with the game's developers continuing to add new lands and territories to the ever-expanding world of Tamriel – like the recent launch of the Blackwood Chapter – it would seem that these adventures have no end.

But there are a myriad of ways to test and prove your mettle as The Vestige, such as facing the all-powerful world bosses. The colourful island of Auridon is teeming with these difficult bosses that require you to put a stop to their reigns of terror. One thing's for sure: you can't defeat them solo. 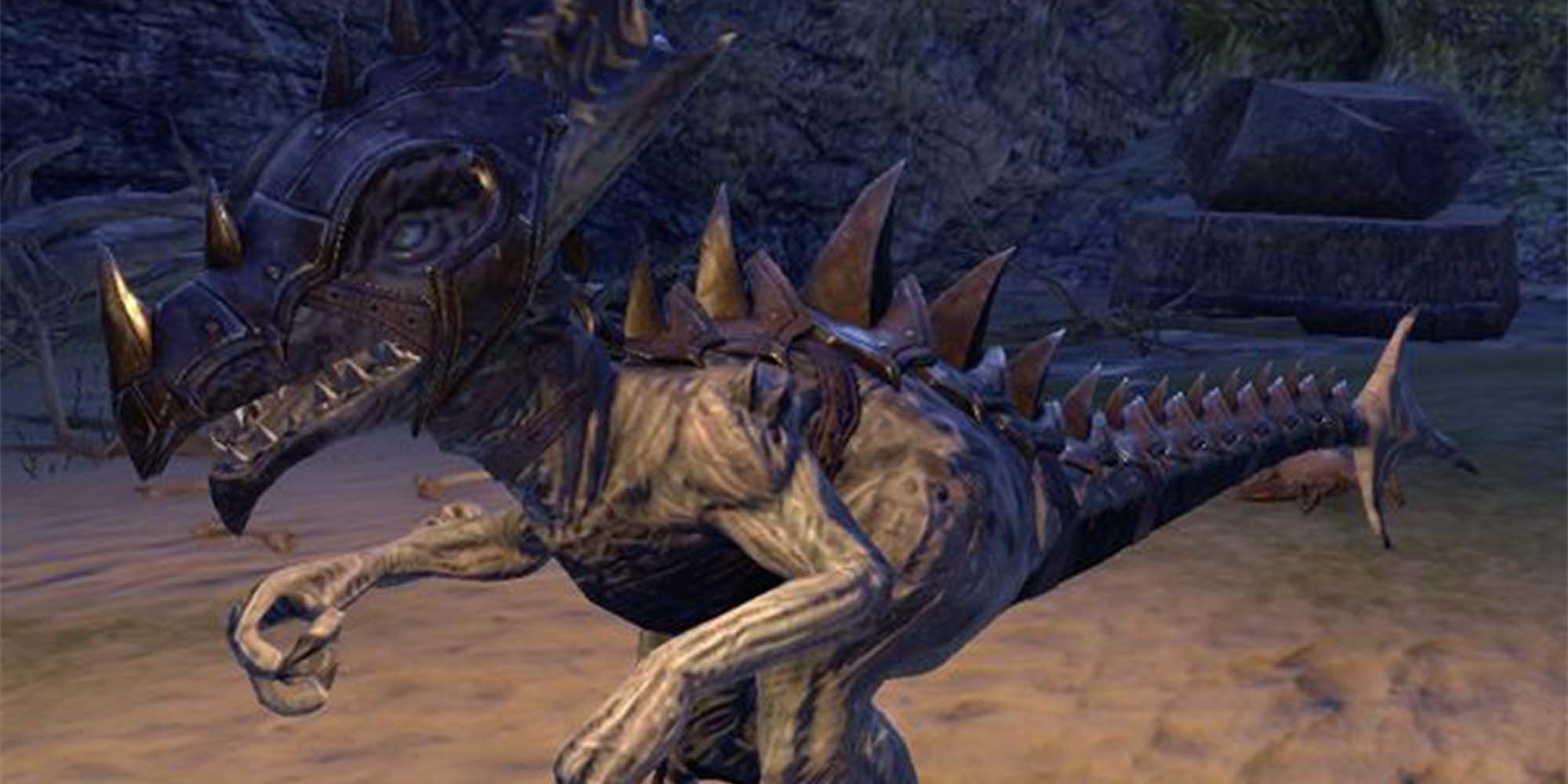 Nestled in its nest in the ruins of Heretic's Summons, the Snapjaw proves to be a mighty adversary. Unlike other clannfears you have faced thus far in the game, Snapjaw comes decked out in its very own armour.

Although its health bar is nothing compared to the other bosses on this list, the thing that makes Snapjaw so difficult is its 'Devour' ability. The Snapjaw pounces on you and holds you down, before devouring you and healing itself. And now you are back to square one. To top it all off, Snapjaw can summon a multitude of baby clannfears to attack you. Their purpose is to overwhelm and distract you so that Snapjaw can use its 'Devour' ability before you have time to notice. 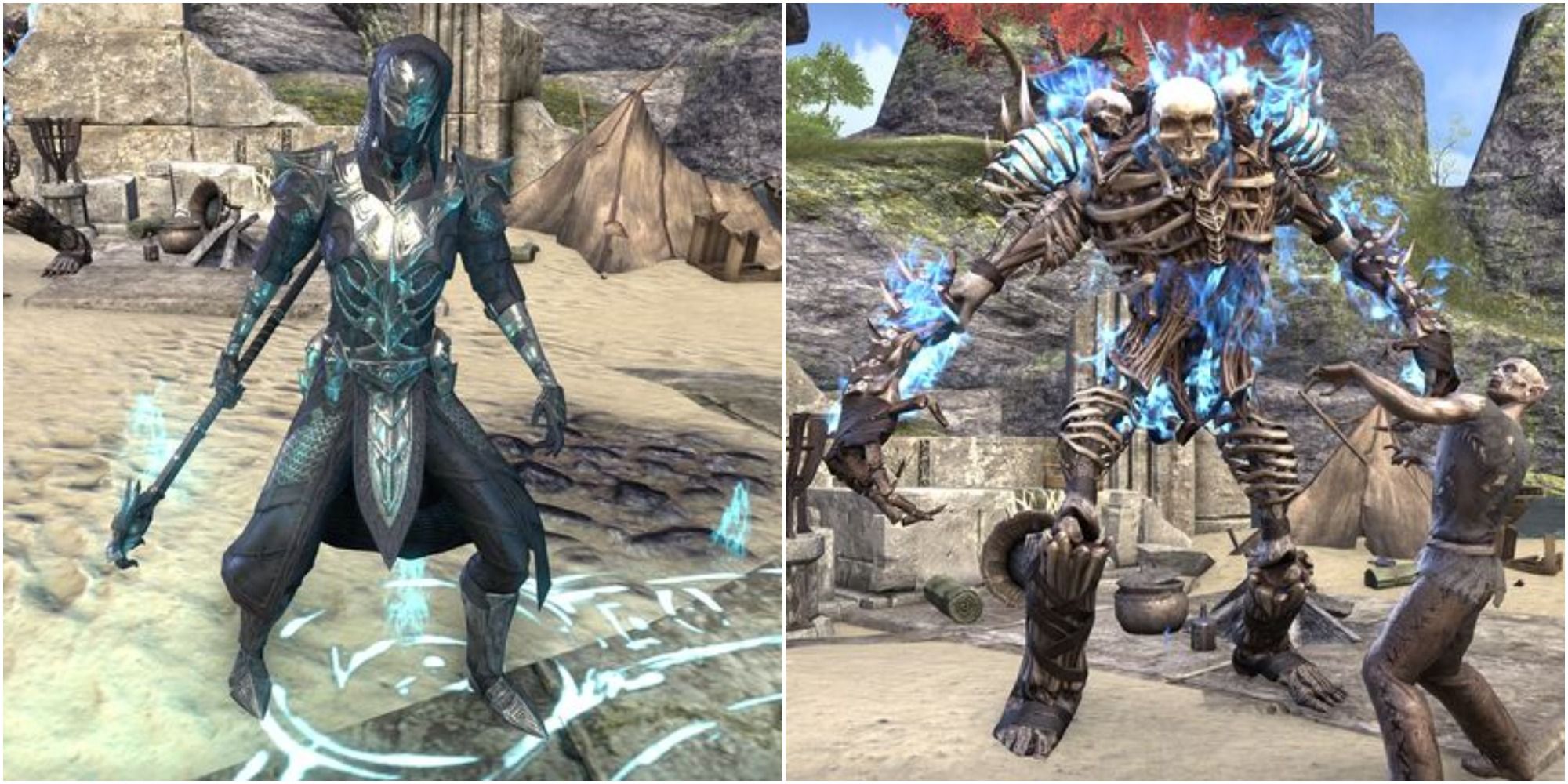 Found at Seaside Scarp Camp, the powerful High Elf necromancer Quenyas rules the roost with an iron fist, and a few undead corpses to help her out. As soon as you enter the ring, you'd think that you're only facing Quenyas -that is until she summons the bone colossus Oskana.

Quenyas already deals major damage with her lich crystals and magic spears, as well as the zombies chasing you around the arena. The zombies are easy enough to ignore, but adding Oskana to the mix makes it ten times harder, with one swipe already eating at your health. When it comes to these two, remember to dodge and roll like you never have before. 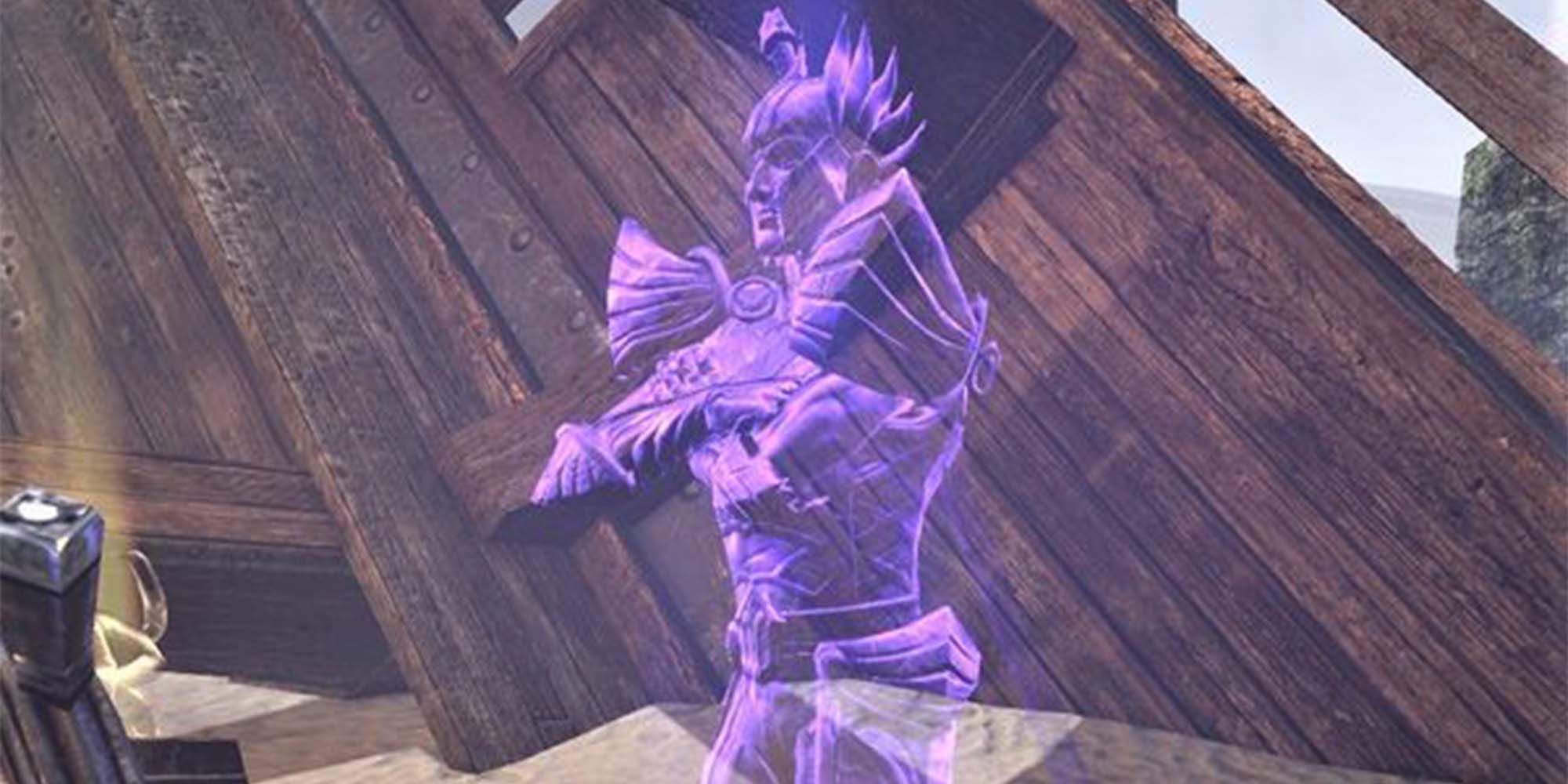 The hostile Maormer spirit of Captain Blanchete lives on at the Wreck of the Raptor, as ever battle-ready in death as he was in life. Interestingly, in order to trigger the boss fight, you have to kill the spirit of his precious pet monkey, Hardtack.

Hell hath no fury than a man who's been deprived of his beloved pet. Captain Blanchete combines your everyday sword swing with devastating magical attacks. He can summon lightning from the sky like he's Thor, as well as electrocute you from different spots on the ground. His 'Thunder Hammer' move allows him to slam his sword to the ground and cause an avalanche of lightning to decimate your health bar. 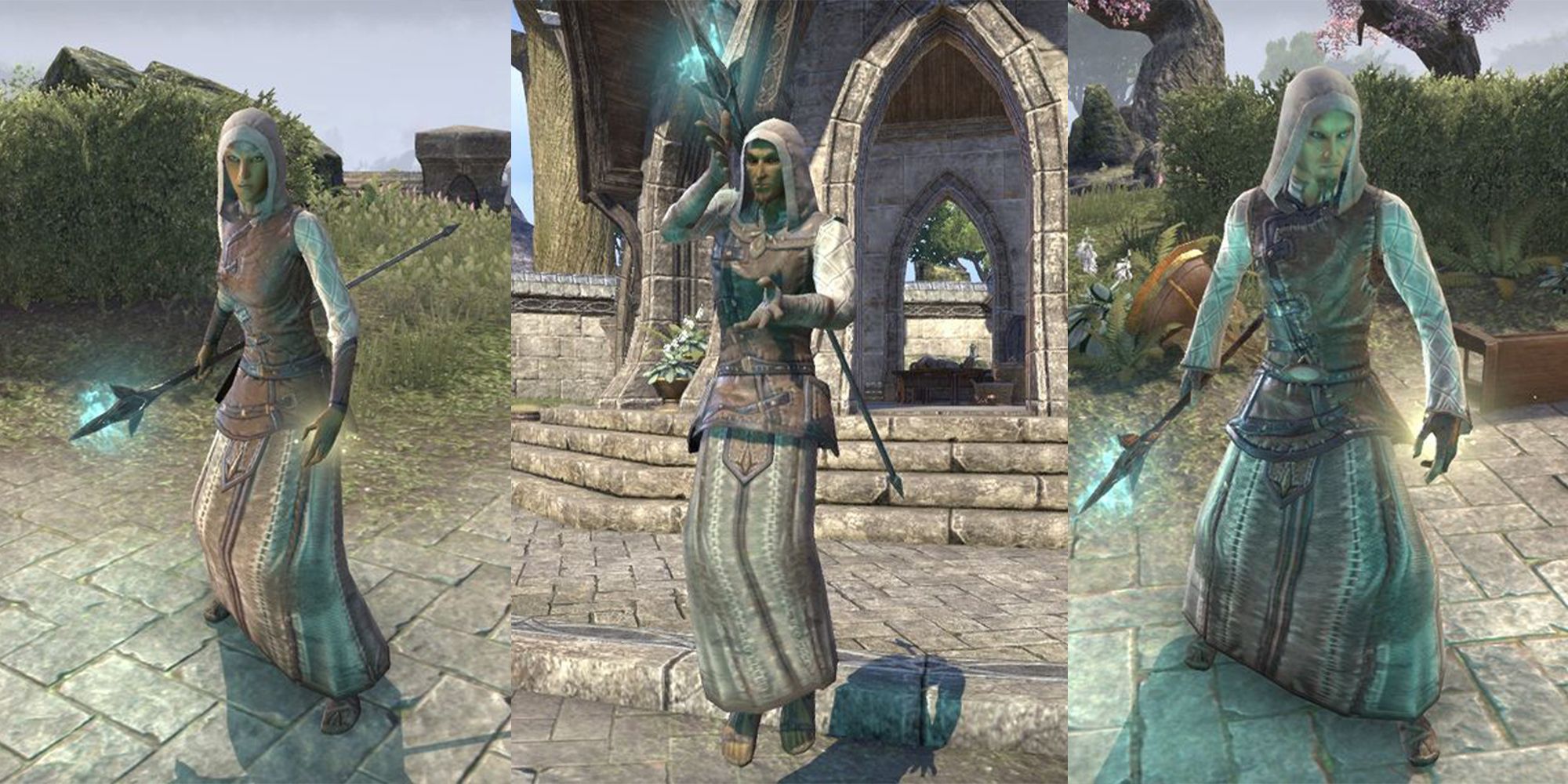 If you think Quenyas and Oskana were hard, then you've seen nothing yet. The challenge you face at Soulfire Plateau entails not one, not two, but three bosses to deal with at the same time.

With all three being necromancers, you not only have to watch out for their attacks but swarms of walking skeletons as well. All of these three bosses have the largest health bars out of all the world bosses in Auridon, so you have your work cut out for you when dealing with these three. So don't forget to have a high-level healer tag along in your group. 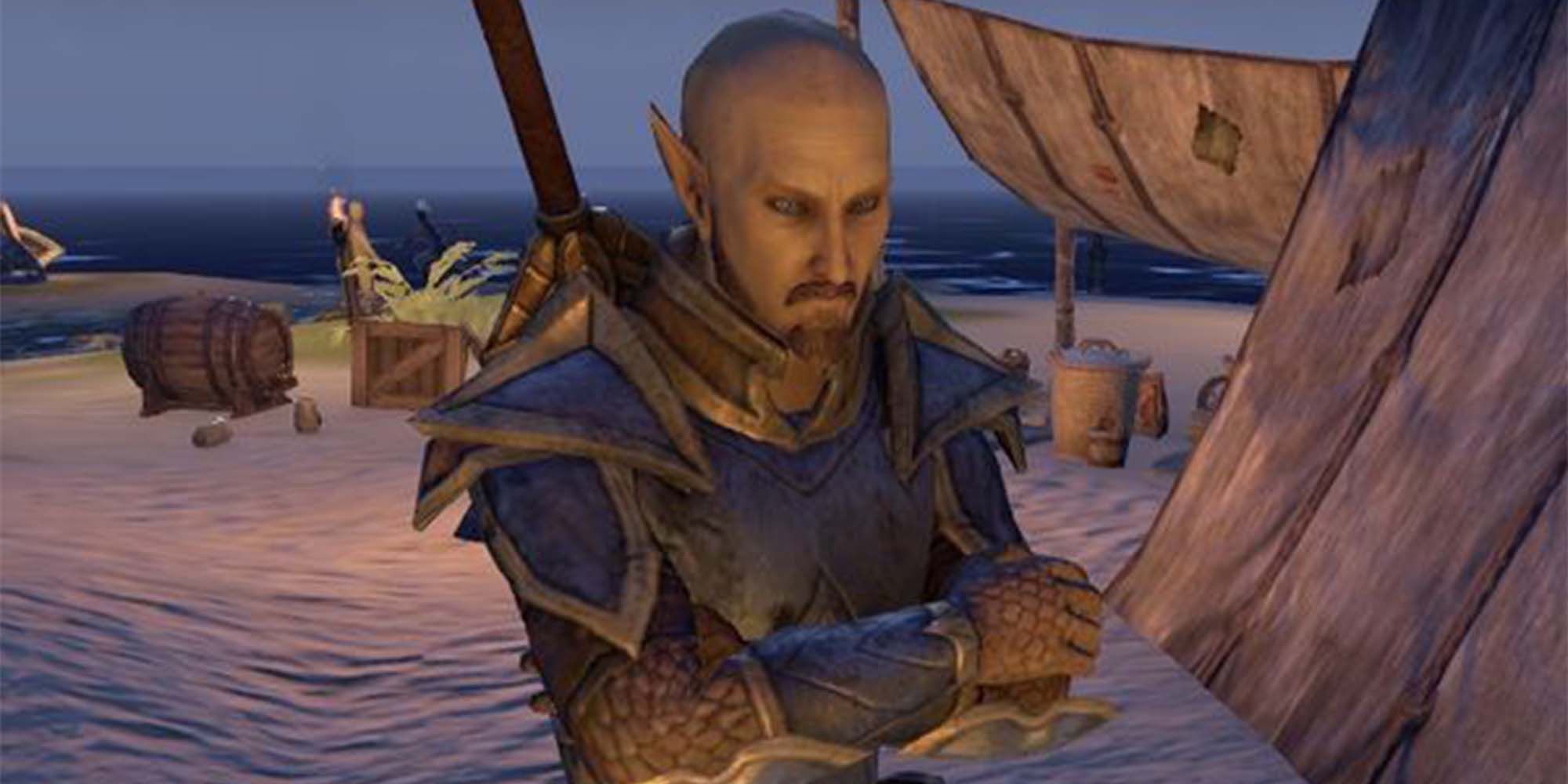 The main questlines of Auridon and Summerset Isle are connected, with The Vestige being charged with dealing with the malicious Veiled Heritance group. One of their leaders serve as a world boss and can be found at the Heritance Proving Ground.

But before you deal with Anarume, you have to get rid of his lackeys first. Since this is some sort of boot camp, low-level Heritance members will get in your way, but they're easy to deal with. All that's left is the High Elf Anarume, who will prove much easier to battle when he can't call anyone to distract you. Aside from quick swipes with his greatsword, Anarume is actually easy enough to defeat alone. However, if your level isn't even in the double digits, we suggest facing him with a group. 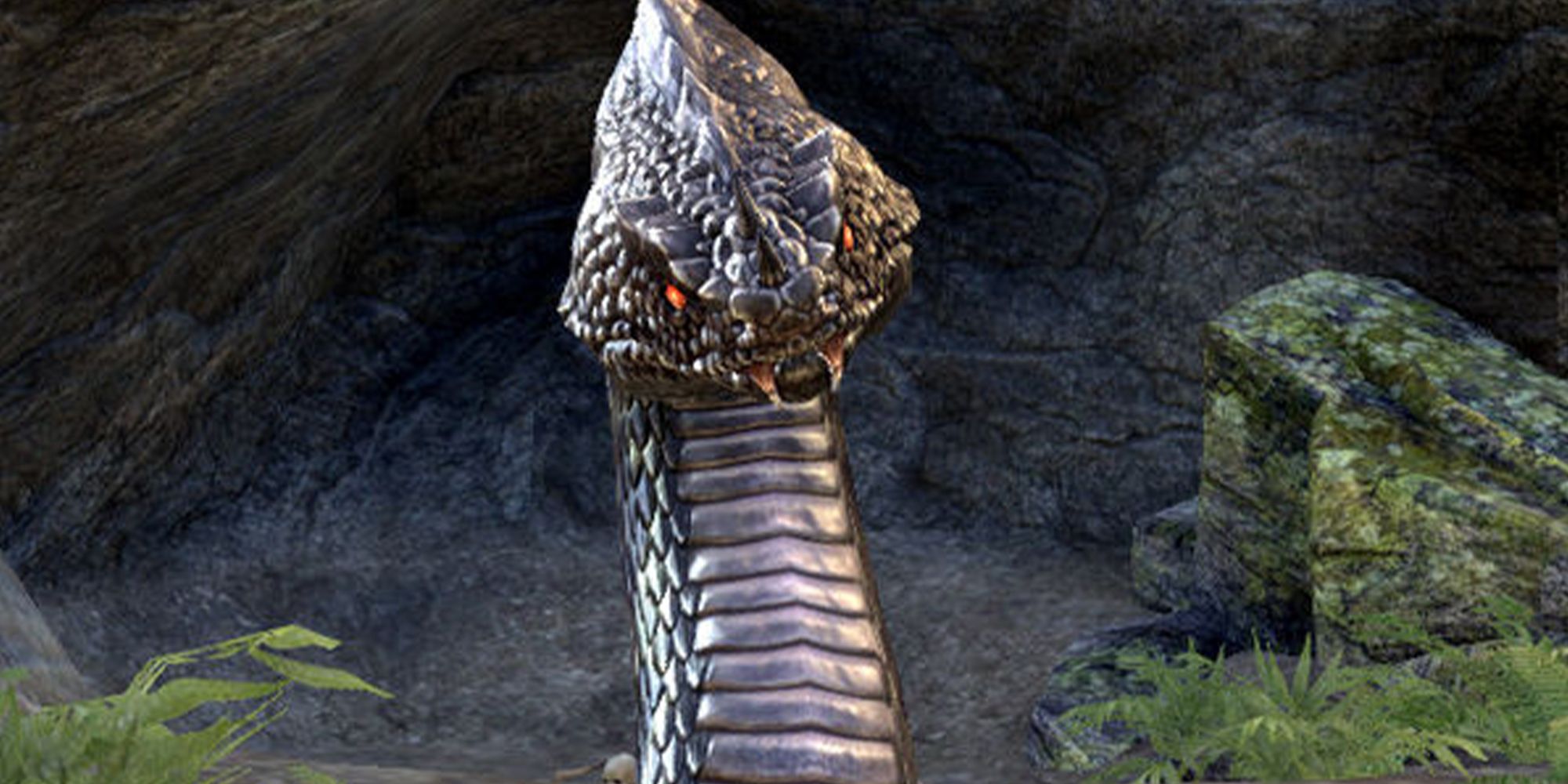 This anaconda can be found at the Nestmother's Den in the northwestern part of the island. Upon entering the cave, you will come across large snakes before finally coming upon the biggest serpent of them all, The Nestmother.

The Nestmother deals large damage with her area-wide attacks, as well as rearing her head back and trying to puncture you with her fangs. She can also send her baby snakes to attack you while you're not noticing. However, this boss isn't as difficult as you might think, so don't be intimidated by her size. In fact, you can face this boss with just a two-person team or even solo – but you have to be at least level 15.