Sports games often get accused of being the same game every year with a new coat of paint. That's not always a fair criticism, but even so, this year's F1 title is more equipped to deal with it than most. As well as some quality of life tweaks and attempts to make the game both more accessible to newcomers and more challenging to veterans, there's a major new addition this year, at least on PC: the all-new VR capability.

"Racing [sims] are the perfect vehicle for it," F1 22 senior creative director Lee Mather tells me. "Because you're actually seated, you're stationary. So it feels natural to be in VR, as opposed to, say, a first person shooter where you're physically moving through an environment with your legs. Over the last few years, we've also worked on the audio, so we knew that as soon as you put a headset on, you'd get that binaural audio, to put you in the sensation of being in the car as well. Playing first person, when you're in a cockpit view, it's a totally different experience. It's way more intense, and it feels more hectic. It really does shift the experience."

Of course, being stationary also presents a potential issue. In first person shooter games, you can turn around 360 degrees, and so can your avatar. In F1, it might seem realistic to have the players sitting down, staring straight ahead, but a player may decide to look to their left or right, to look behind them, or even stand up – all things F1 drivers cannot do. Mather explains that F1 players will be able to do all of these things, even at the cost of realism. 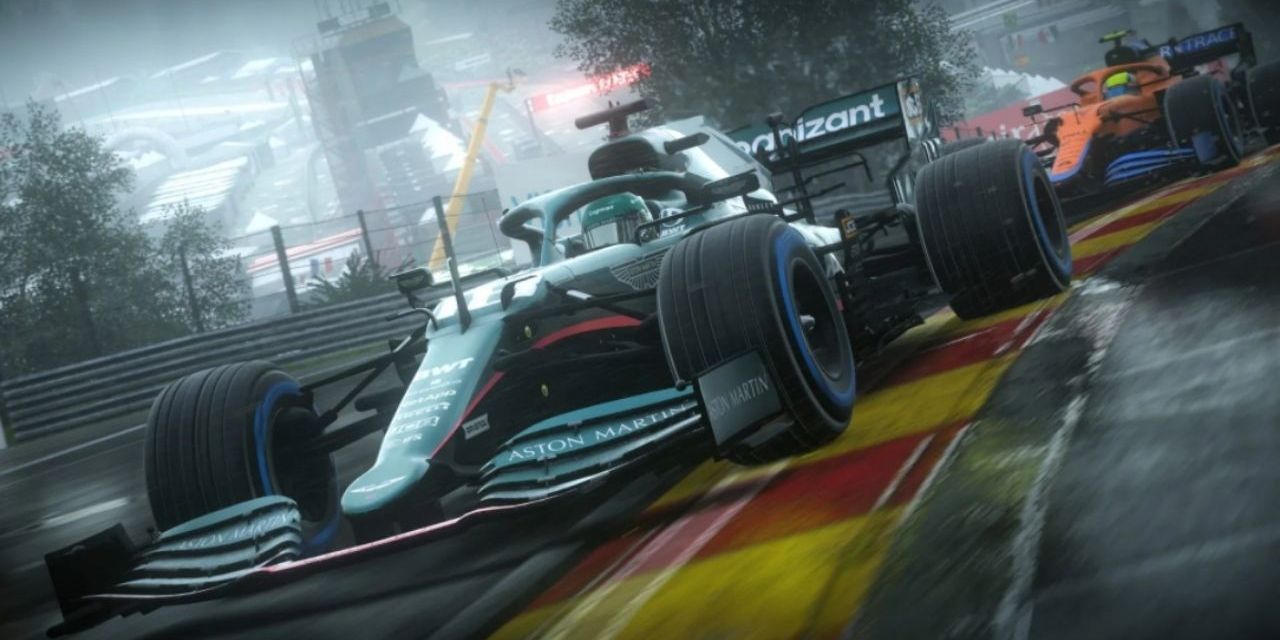 "We were told literally, you don't restrict what the player can do," he tells me, recalling the conversations the team had with the studio behind DriveClub VR. "It's strange to put blocks on what they can actually do. So even though they wouldn't be able to in real life, you can do something like drive and put your head through the ceiling of the car. It's more jarring to a player to have the movement that they've got feeling natural suddenly restricted by barriers because that's not something that's physically in place. You can put your head through bits of things that you shouldn't be able to in a car, but again, that's an expected convention of a VR experience."

That's not the only new addition this year – the freshly built Miami circuit also features, although the dev team had to complete the difficult task of building the track in the game before it was actually built in real life. Thankfully, this wasn't their first rodeo. "In the past, we've done crazy things," he says. "For Texas, we had people take photos of mounds of earth, because they were building all of the heights and the undulations, and we couldn't get that because they were building it. We've had tracks where we've built buildings and things that were part of the original plan, but didn't get built in real life. Miami, we had the early starting point being it's going to be around the Miami Dolphin stadium. So it's like, 'let's have a look at the region. What are the roads? Where do we think it's going to be? Where [does] it make sense for it to be?'." After their best efforts, the team had to make some tweaks to seating positions and other minor factors, but because Miami's circuit takes place on real streets a la Monaco, the job was far simpler than it had been in the past. 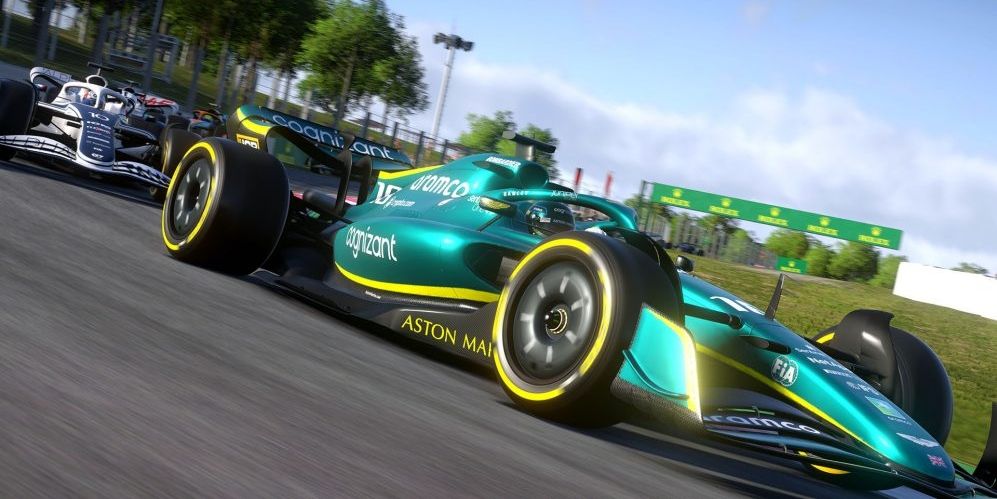 Miami's circuit is emblematic of where the sport is heading. F1 has always been a glamorous sport, and its biggest stars have been world famous athletes since the days of James Hunt and Niki Lauda, but it seems to have climbed into a new stratosphere of mainstream recognition recently, aided by last year's lightning finish. This means the F1 game is likely to reach a broader audience, which is why the developers have tried to make the game more approachable while retaining the challenge of a realistic racing sim. That means things like the formation lap, the safety car, and other more complex parts of the sport which make it so interesting to fans but are complex to manage for an individual now exist in Broadcast Mode, which replicates the feeling of watching F1 on TV. "We're bringing in a whole new audience of people who are watching Drive to Survive, they're watching the sport, they love it, they love all those elements, but they don't necessarily want to interact with them. And that's where we wanted them to get the experience that they see on TV, which is the broadcast version of all of those features."

While general interest in the sport has risen and fallen throughout the decades (as it does for most sports), a big difference this time comes from video games itself. One of the most fascinating changes Mather has seen in recent years is the way the youngest drivers have engaged with video games, changing the audience for the sport itself. "It's the excitement around the drivers, and in particular, the young drivers and their presence online across social media. We've seen the likes of Lando [Norris] streaming the game and things like that. It's really given us a boost ready to make the game more accessible to people who are just big fans of the sport, and maybe not necessarily gamers. So it's been a big positive for us." 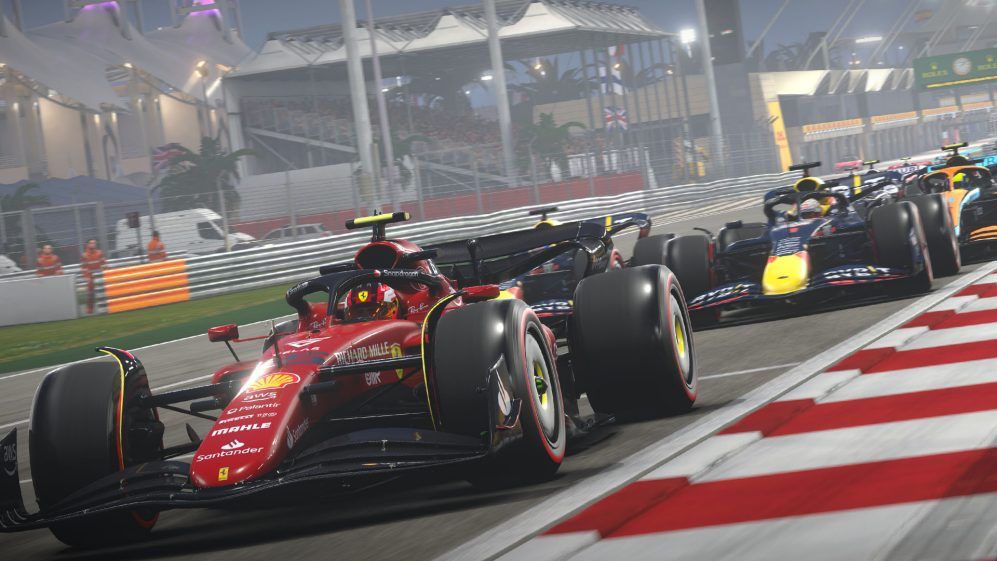 There has always been something of a link between F1 and video games though, and the way the two fields are embracing each other naturally makes Mather smile. Drivers have used the game in the past to race on the new, as yet unbuilt tracks, to get a better feel for them, while Cem Bolukbasi recently made the jump from being an F1 esports pro to being a real-life F2 driver. The most rewarding thing, Mather says, is the vindication. When drivers who aren't gamers can play the game well, that's proof positive that they have made exactly the kind of game they want to make, telling me of an event where he played with and against some of the sport's biggest characters.

"I've played the game for years, and I'm not exactly slow, but just within a couple of laps, they were quicker, instantly quicker. George [Russell] was just a natural considering he wasn't a big gamer, unlike some of the other drivers. He jumped in and he was flying. And I think one of the coolest things for me is I've been a big Warzone player since it came out. In fact, I've always been a big CoD player. But I've really played a lot of Warzone and a lot of the streamers I watch playing Warzone, like CouRage, have suddenly got Lando playing with him. You see them all get together. If you'd asked me ten years ago, if you were going to see somebody who played CoD or FIFA playing Formula One, I wouldn't have expected to see it. But now Formula One is the cool kid in the room. Finally, it's been recognised for what it is, which is an exciting, glamorous, fun, engaging sport."