Earlier this year, Elden Ring fans were given a hero that none of us deserved. In case you're unfamiliar, an Elden Ring fan going by the name Let Me Solo Her rose in popularity in the game's community, mainly for being summoned by struggling players and single-handedly taking on Malenia, arguably Elden Ring's toughest boss. His skills were legendary and he was swiftly raised up as a hero by the community, so much so that even Elden Ring publisher Bandai Namco gave him a gift for his accomplishments.

Let Me Solo Her became so popular that he even inspired imitators, but we've now reached the point he's being modded into other games besides Elden Ring. For example, take this creation from modder Widow, who has uploaded the "Solo Her Set" to Nexus Mods which allows you to run around Fallout 4's Commonwealth sporting Let Me Solo Her's iconic look.

Since Let Me Solo Her is stark naked apart from the pot on his head, it seems like modding over his outfit isn't actually too difficult. The mod itself adds a "Gamer Pot" which you can craft at any Chem Lab, as well as a dual katana set that you can hang off the side of your waist. All you have to do is strip down to your briefs and then you have Let Me Solo Her look, albeit without the katanas. You'll have to go grab some Shishkebabs or something if you want the authentic experience. 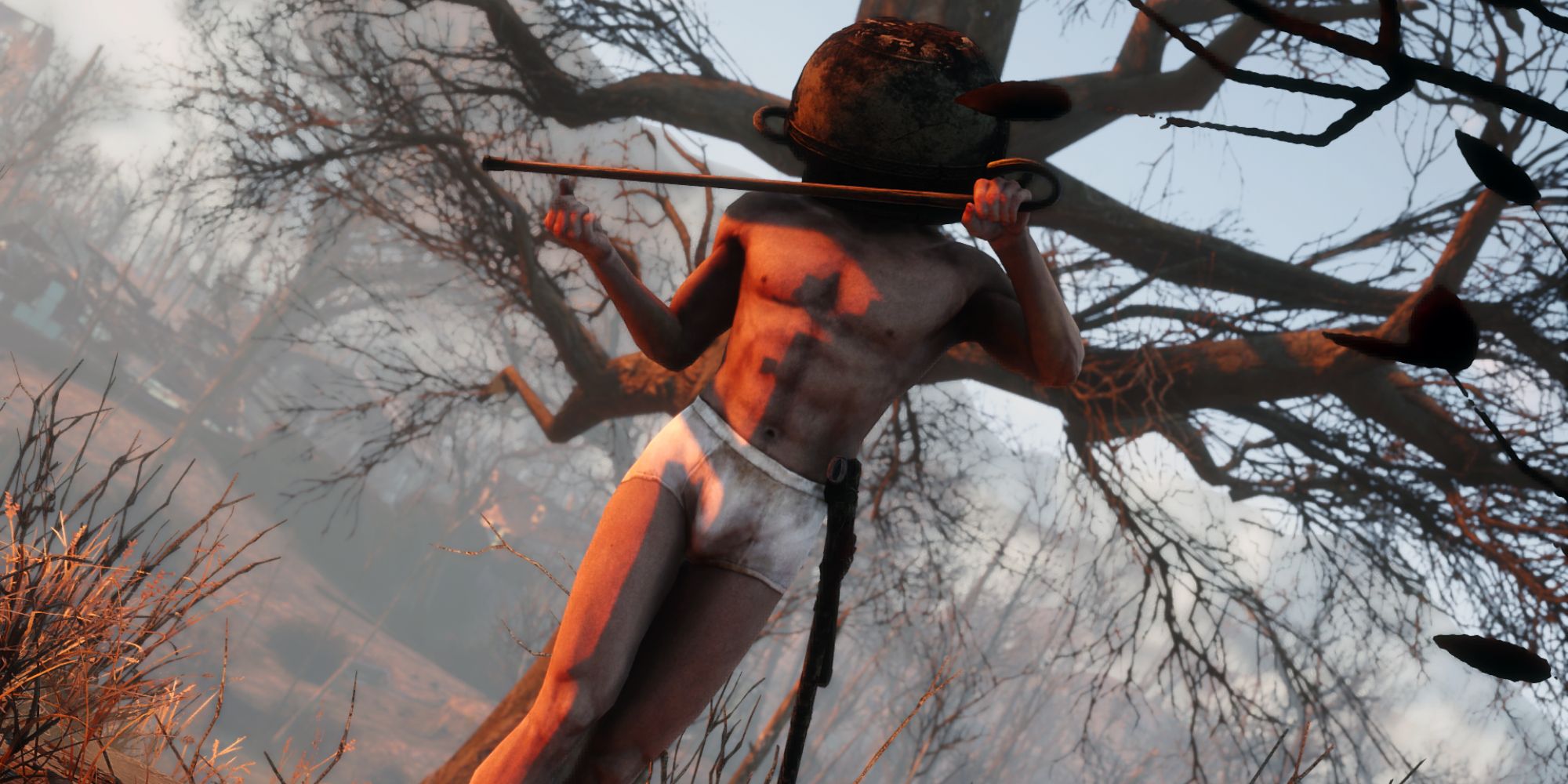 If you're looking for other Fallout 4 mods, perhaps I could interest you in one which transforms the Commonwealth into a horrid Silent Hill-esque nightmare? Last week, a mod called Pilgrim: Dread The Commonwealth Remastered surfaced over on Nexus Mods, and drenches the game's environments with thick fog and torrential rain. Couple that with a Feral Ghoul infested town and you've got yourself a terrible time indeed. Maybe combine the two and create your own horror game starring Let Me Solo Her? Just an idea.