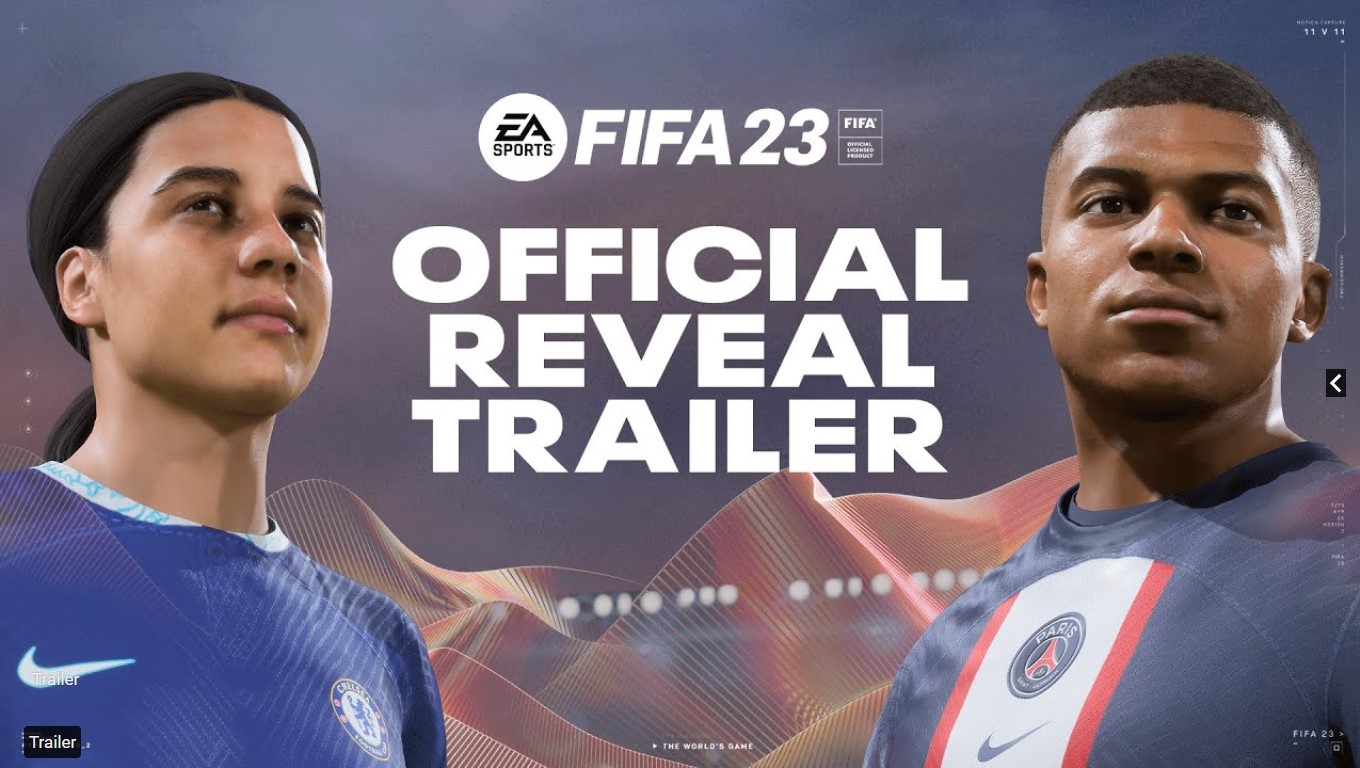 With the first reveal trailer due to be unveiled on Wednesday, we’re going closer and closer to the traditional early October release date of this year’s FIFA.

As most fans will know it’s going to be the last ever FIFA game to be developed and published by EA, after a falling out with the FIFA organisation over licensing fees.

EA will still be putting a full effort into FIFA 23 though and with the first reveal trailer due on Wednesday, July 19 they’re already making history by having the series’ first female global cover star.

No doubt encouraged by the popularity of the UEFA Women’s Euro 2022 championship, the Ultimate Edition of FIFA 23 will feature Chelsea and Australian international Sam Kerr.

Female players have featured on US versions of FIFA before, since the women’s game has always been popular in America, but this is the first time a female player has been on a global cover, that will be seen everywhere.

Kerr will share the cover with Paris Saint-Germain and French international Kylian Mbappé, who had the cover of the various different versions of FIFA 22 to himself.

Although EA hasn’t officially announced anything, Kerr is wearing her Chelsea kit, which suggests that Chelsea FC Women, and possibly the Women’s Super League, will be in the game for the first time.

You can already play as female footballers, but at the moment only with women’s international teams in the Kick-Off, Pro Clubs, and Volta modes.

EA has strongly implied that FIFA 23 will feature more options for women’s football, as it attempts to make ‘the most inclusive FIFA ever’.

Who will be on the standard edition cover has not yet been announced, but the thumbnail for the reveal trailer also features both footballers, and in fact shows their in-game models (which, weirdly, look more realistic than the peculiar Photoshop filter EA seems to have applied to the cover, which makes both of them look 10 years older than they actually are).

If there is a FIFA 24 in 2023 it won’t have anything to do with EA, who from that point onwards will be releasing a new football game called EA Sports FC.

However, they’re likely to try and make it seem as similar as possible to the current FIFA games, since the only major licence it will lack, other than the FIFA name, is the World Cup.