The Beserk-esque Dark Knight job in Final Fantasy 14 is one of the more versatile Tanks in the game due to their ability to imbue their towering greatswords with dark magicks, making them a formidable force on both offense and defense. If they aren't protecting their teammates from potentially fatal attacks, they are usually draining the blood out of their foes with unique skills and actions.

In addition to being incredibly stylistic and foreboding in its appearance, the Dark Knight's armor also provides the highest defensive stats across the board, making them an absolute unit on the battlefield. While they won't blow anyone away with over-the-top flashiness, they will stand their ground and look cool doing so.

The Birth Of The Black Swordsman 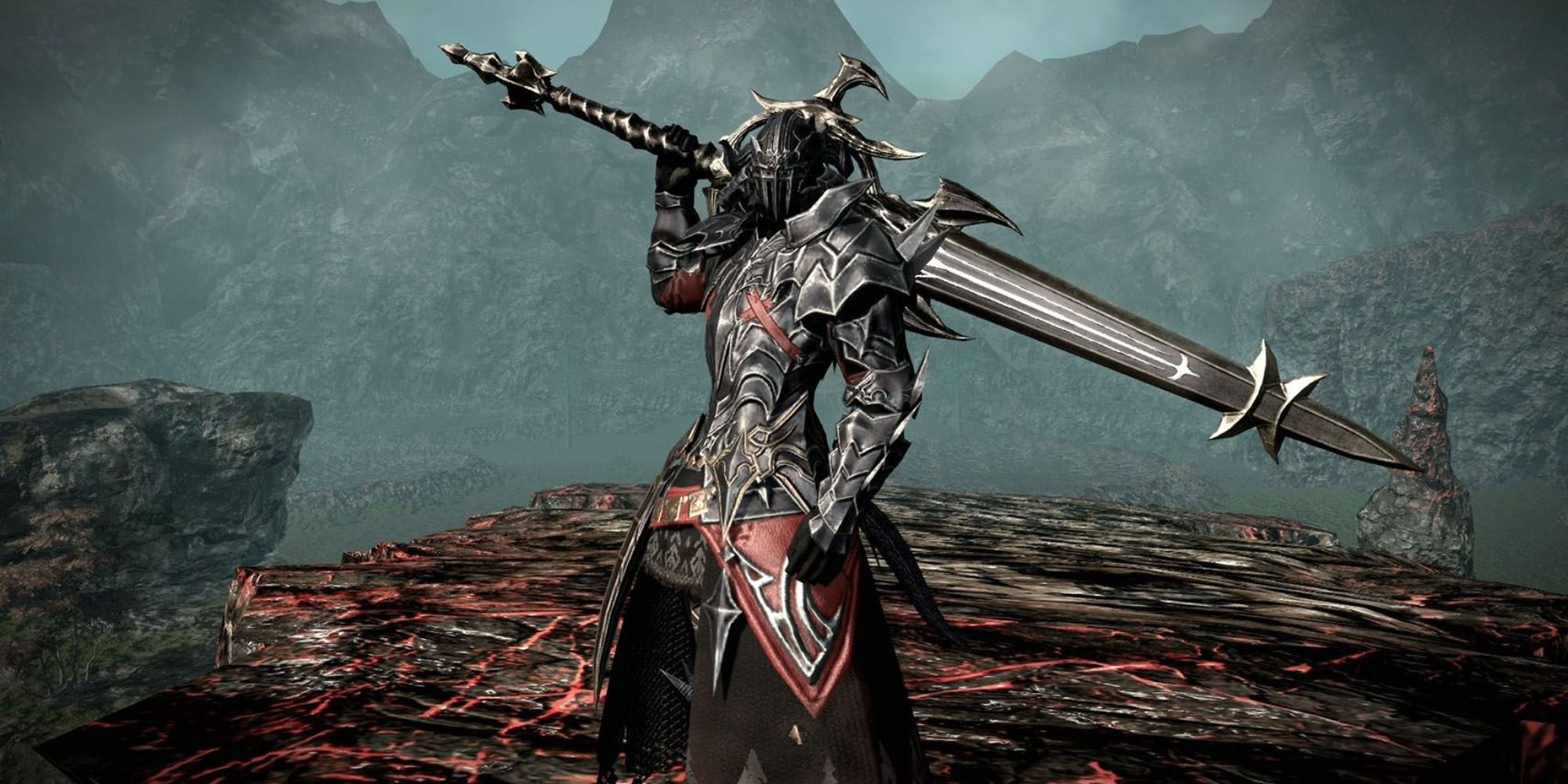 The vast majority of Jobs in Final Fantasy 14 typically require you to master a Class before obtaining the Soul Crystal needed to access them and level them up. However, in the case of the Dark Knight, you will only need to reach Level 50 with any other Disciples of War or Magic and must have the city of Ishgard unlocked. Due to Dark Knight getting introduced with the Heavensward expansion, you can access it as part of the critically acclaimed free trial of Final Fantasy 14.