I’ve voiced my polarising view on Final Fantasy 15 a handful of times in the past. The JRPG remains an inherently flawed experience, one that was clearly pieced together from several disparate pieces as it was thrust into a launch window it wasn’t remotely ready for. Even today, it still only delivered on a fraction of its full potential.

Months were spent releasing updates that were intended to make the game more enjoyable while paving over its many cracks of mediocrity. It wasn’t enough, but was ultimately a success for both Square Enix and the millions of fans who fell in love with its cast of cute boys travelling the world in search of good food, good times, and a good war. Okay, maybe that last thing isn’t so good – but you can see where I’m coming from.

I still adore many aspects of its whimsical road trip, sinking into the brilliance of these guys being dudes, because really what’s better than that? But the moment I’m forced to pay any amount of attention to the bigger picture I’m left flabbergasted. The writing is all over the place, its world design makes no real sense compared to other games in the series, and none of its mechanics feel fully formed. Battles are chaotic and the act of navigation is often hindered by a deliberately glacial pace that so often left me frustrated. I enjoyed the overall journey I was taking, yet so much of it is defined by baffling design decisions. 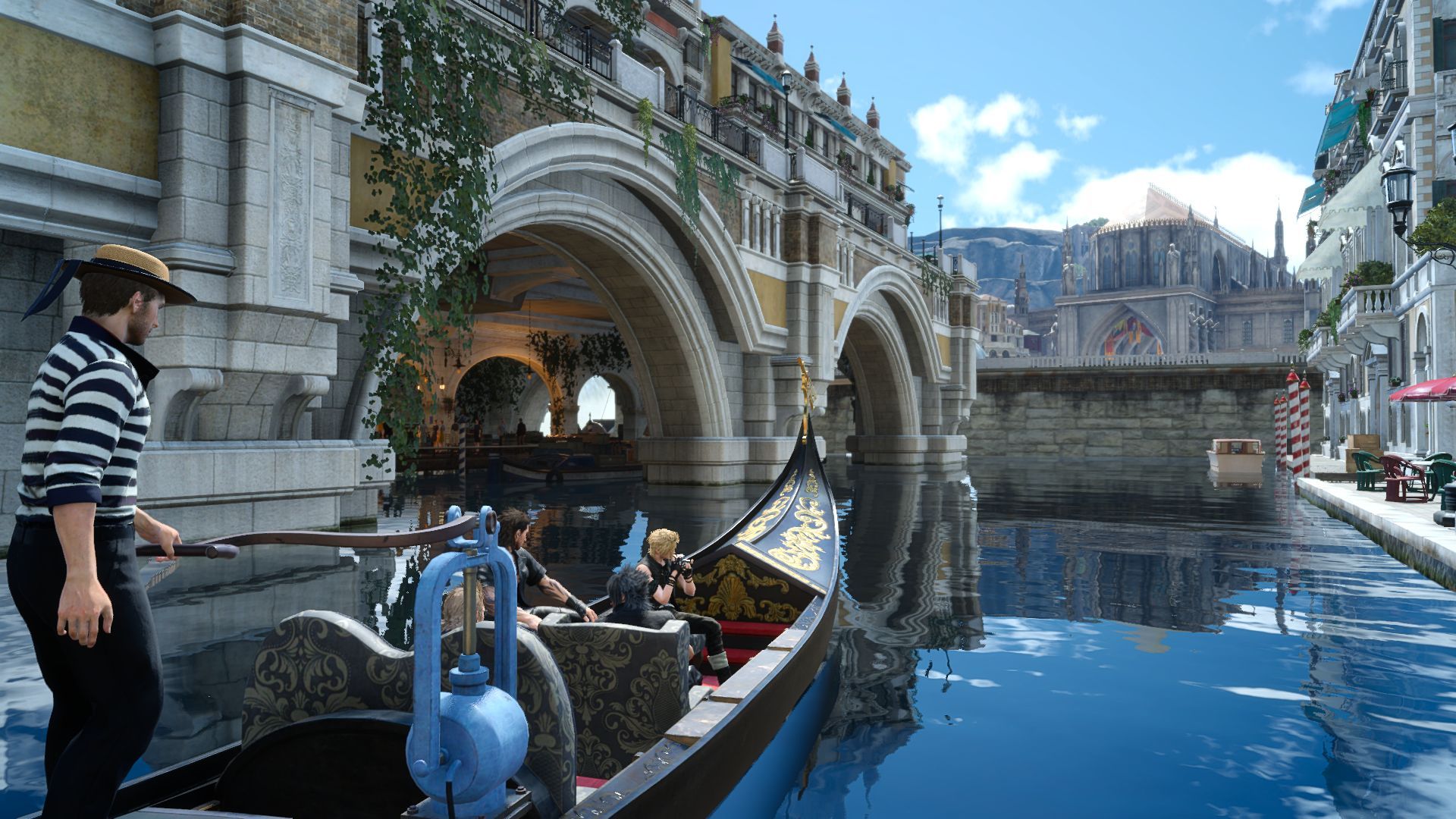 Final Fantasy 15 is strongest in its open world sections. An objective awaits at the end of the road, but Noctis and company can hop into the Regalia and go anywhere. I sunk hours into side missions and bounty hunts, often choosing to travel on foot instead of using vehicles because I loved how well-built so much of this place managed to be. Small towns and gas stations only added to this sense of homeliness, making the countryside feel lived in as this caravan of royalty passed through it. Evil robot soldiers dropping out of the sky and painfully generic NPCs sometimes ruined the illusion, but more often than not I was under its spell.

Larger cities like Altissia are when it all falls apart. Towns in Final Fantasy 15 are painfully designed, and don’t feel made to accommodate human beings and Altissia is the worst culprit. There is nowhere to live, shopkeepers feel like weird ghosts from another dimension, and the layout makes me want to burn the whole place down and leave it behind for good. Altissia is a crown jewel in many ways, taking pride in its gorgeous waterways and towering architecture, with its inhabitants sharing in its pride as you walk its streets for the very first time. Even outside the context of a video game, Altissia makes absolutely no sense. Like how on earth do people live here? 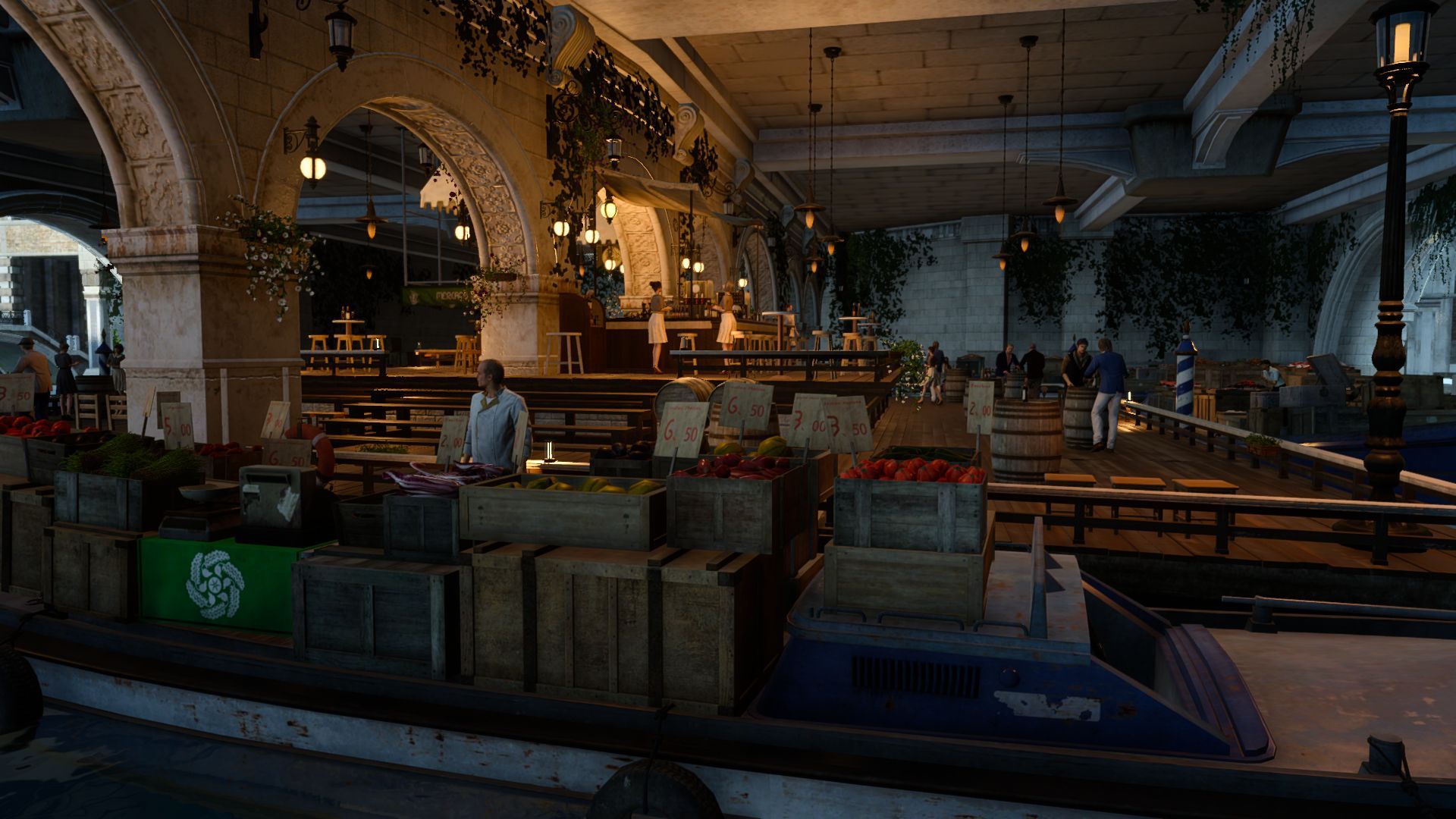 Do they have to jump into a wooden boat before walking across a concrete bridge to pick up some milk from the local corner shop? Are entire schools of children swimming to their classes or waiting in some weird anime purgatory for the next vessel to appear and take them on their merry way? The few bars and businesses accessible to the player are located in obnoxious places, making fast travel the only means of progress unless you fancy tearing your hair out. Everything feels made to irritate, rushed in a way that makes it abundantly clear that not enough time was put into how this place looks or how it feels to explore.

Was Altissia built around a mixture of waterfalls or was the blue stuff flown in after the fact because the crown simply wanted it to look really cool? The answer doesn’t matter because both of them are stupid, and being unbelievable even for Final Fantasy means players are quick to point out all of its obvious flaws. Certain quests depend on the in-game map, which depicts Altissia as a mess of unclear waypoints reminiscent of trying to navigate a giant curly-wurly. Better yet, the damn thing is melting and making it even worse. Years after leaving it behind for good, even thinking about this cursed city has got me acting up. 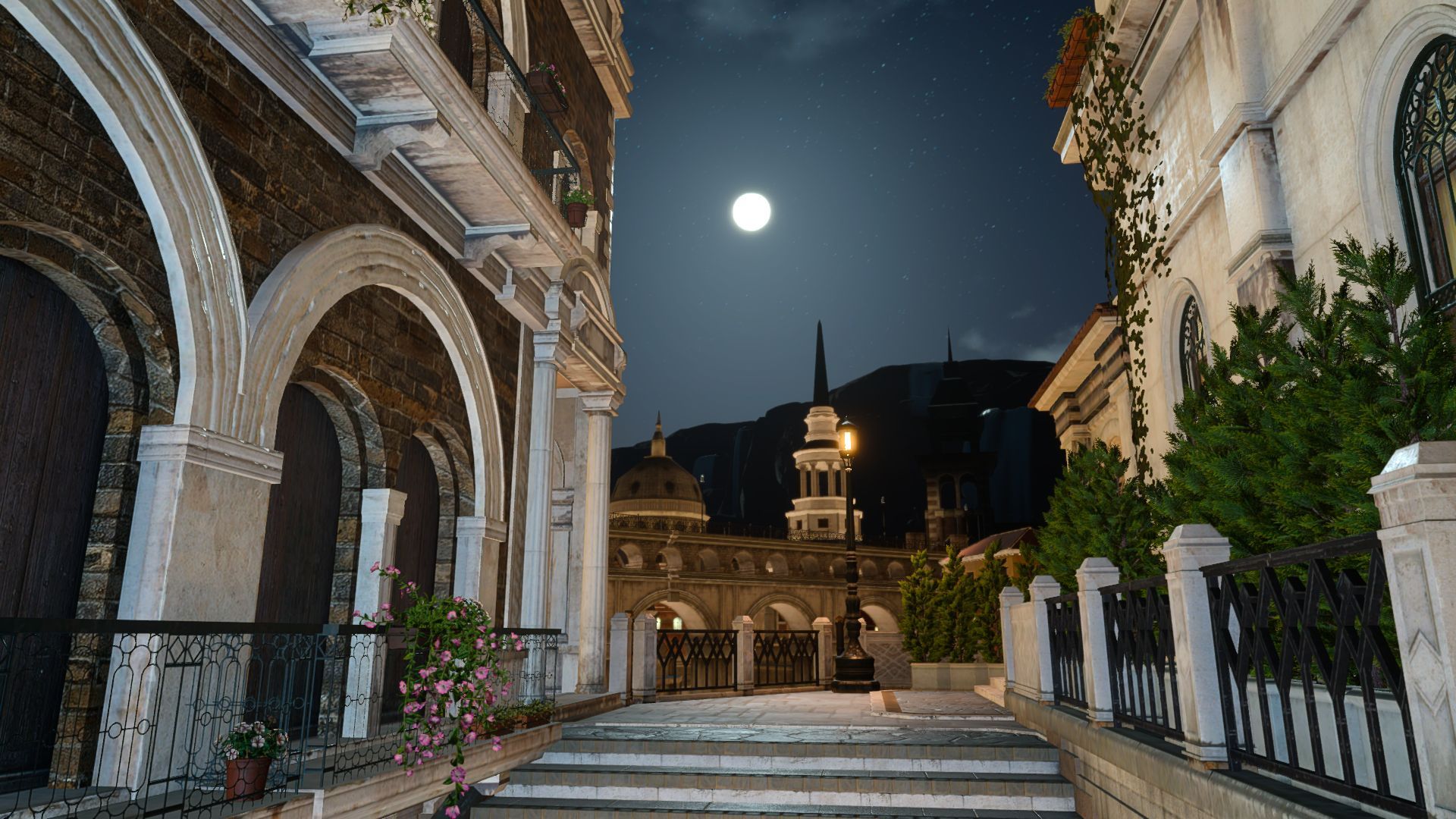 JRPGs have long been defined by fantastical world design and eccentric characters, but the genre’s best have always ensured those elements remain somewhat grounded in the world they exist within. Final Fantasy 15 might have magic and monsters, but it also has modern technology we’re familiar with in our own universe, so to see that combined with nonsensical architecture and similar ideas that abandon the baseline of believably it is bound to stick with us in the worst possible way. Altissia is a hellscape, and few in the genre can match it.