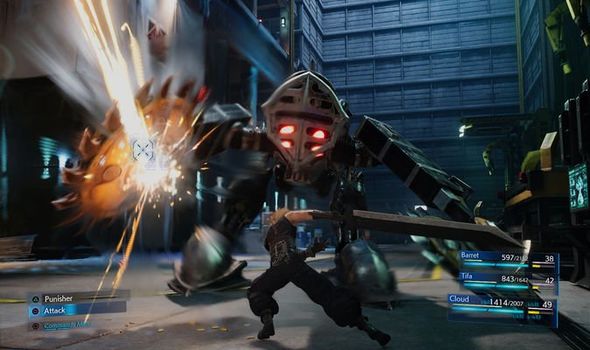 The Final Fantasy 7 Remake release date was recently pushed back to April on the PS4.

The first part of the Final Fantasy 7 Remake was originally pencilled in for a March 2020 release date.

Square Enix would later postpone the PS4 release until April 10 in order to add an extra layer of polish.

This would have a knock on effect for the Xbox One version, which launches in April 2020.

“We are making this tough decision in order to give ourselves a few extra weeks to apply final polish to the game and to deliver you with the best possible experience,” producer Yoshinori Kitase revealed.

“I, on behalf of the whole team, want to apologize to everyone, as I know this means waiting for the game just a little bit longer. Thank you for your patience and continued support.”

Fortunately, however, Square Enix has a double dose of good news for fans upset by the delay.

According to Square Enix President Yosuke Matsuda, the second part of the Final Fantasy 7 Remake won’t suffer the same delays.

Asked if the delayed Final Fantasy 7 Remake release date would have an impact on the launch of part 2, he said: “No, it will not.”

And the good news doesn’t end there.

“The legendary SOLDIER Sephiroth was thought to have died during a top secret mission for Shinra, but the details are unknown…” the tweet reads.

“We’ve released a number of wallpapers & avatars featuring Sephiroth, which you can grab from the official #FF7R website here.”

Fans can also grab free wallpapers for other popular characters, including Cloud, Barret, Tifa and Aerith.

With the release date creeping ever closer, fans are starting to wonder when the rumoured Final Fantasy 7 Remake demo will hit PSN.

A demo for the Final Fantasy 7 Remake was seemingly leaked by the website Gamstat.

Gamstat shows PS Store listings before they go officially live, and had previously leaked the existence of the Resident Evil 3 remake.

The Resident Evil 3 Remake leak was closely followed by the announcement of the Capcom game, so a FF7 Remake demo definitely appears to be on the cards.