We all knew that Final Fantasy 14’s Patch 6.1 was going to be good, but no one could have foreseen just how good. If you’re as drenched in the community as me, your timeline is likely flooded with hilarious adventurer plate pictures, memes about Aymeric as the azure elephant, and more importantly — everyone buzzing about PvP.

As well as the various quality of life changes, such as new actions and stat adjustments, Patch 6.1 also added a brand-new PvP mode called Crystalline Conflict. Players are split into two teams of five and are tasked with battling it out over a crystal that they have to try and move to a set goal to snatch the crown. This new mode is an exciting change of pace for many PvP players, and it’s tempting enough to get a few newbies to test the PvP waters too.

If the new content alone isn’t enough to get you excited, perhaps some returning old content is. The GARO event has returned after three years, giving players another excuse to try out PvP in an effort to earn themselves some GARO-themed armour and mounts. This mix of new content and the GARO event has players flocking to the Wolves’ Den Pier to earn marks, making now the perfect time to try your hand at PvP as waiting times are low, regardless of your role. 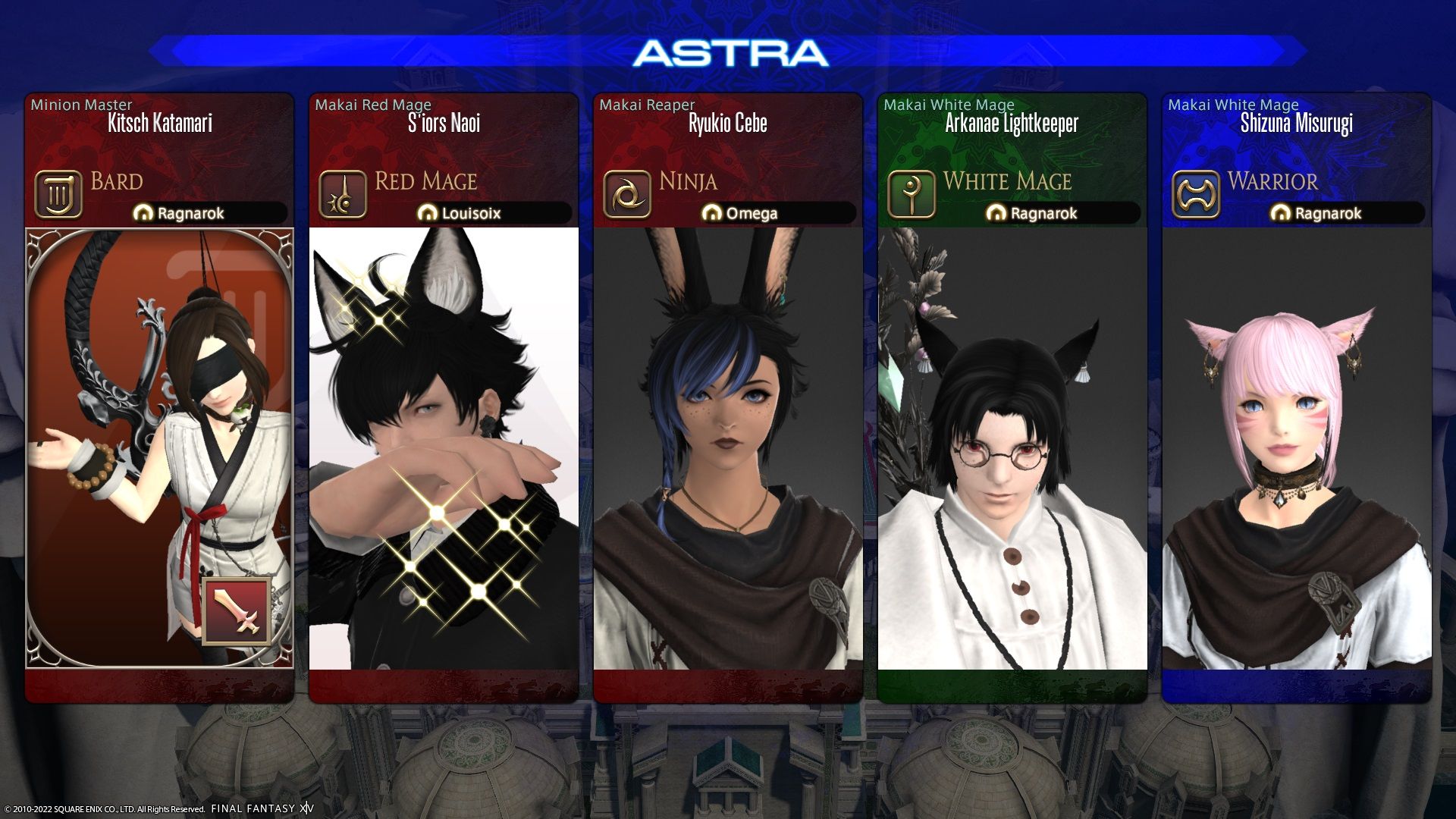 I was a little concerned about trying PvP as I’m that one player that constantly yeets themselves off a boss platform to their death. So if I don’t have much hope of defeating a bog-standard in-game boss, how can I stand a chance against a skilled player? Despite my reservations, it’s hard to fight against the overwhelming excitement of the community and eventually I caved in and made my way to the Wolves’ Den Pier.

As promised by my friends, the wait time for Crystalline Conflict was non-existent and I was quickly in a match. I thought I had a vague recollection of trying PvP at some point, but maybe I’m wrong because I fell at the first hurdle. I wish I had bothered to read about it beforehand instead of going in like a complete numpty, as I didn’t realise your standard actions don’t work in PvP. Standing like a lemon, I quickly had to try and sort out my PvP actions, failing to understand why party chat wasn’t working as I attempted to apologise, and ultimately feeling like a right tool for not helping the team out. I got there in the end though and even got a few kills in too. Hopefully, that made up for my awkward start.

Chalking that up as a practice run, I made sure all my actions were good to go, equipped some Quick Chat messages to my taskbar, and then queued again. Strangely my second match was worse than my first – we were absolutely obliterated. I didn’t let that put me off and went back for more. Each time I joined a match, I was learning what the best strategy was, how to work with my teammates better, and overall, not die as often. 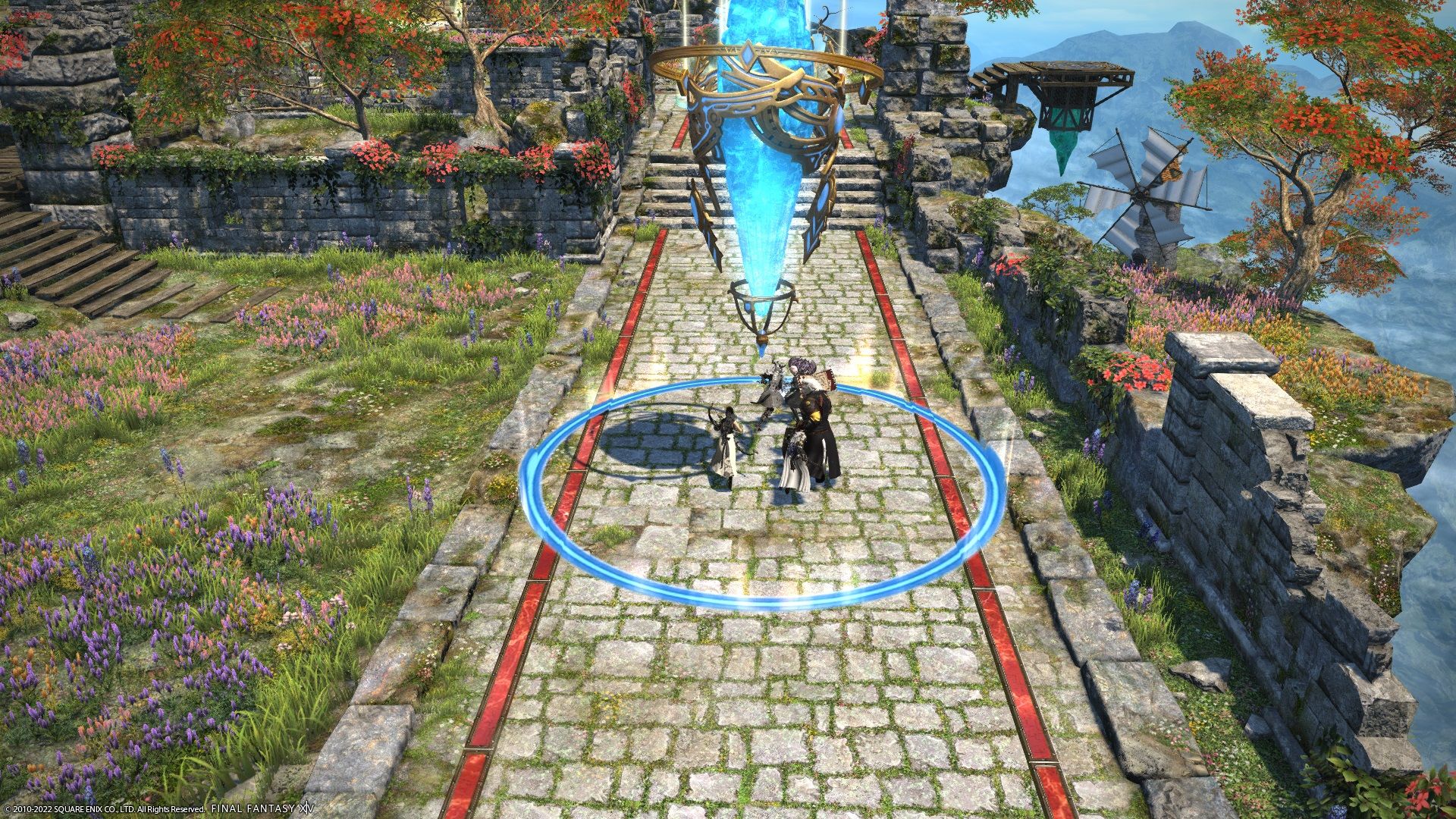 The thing that surprised me the most is how much I enjoyed Crystalline Conflict. It didn’t feel like it was a grind, nor was it too difficult to score a win with your team. Sure, we took some losses, but it was a mixed bag and even being steamrolled by far better players was fun. I was so distracted by instantly re-queuing for such a long time that I didn’t realise how quickly my Wolf Marks were stacking up. Being able to snag a full set of GARO gear and get a title doesn’t appear to be too hard, and then suddenly one of the shiny mounts seems to be in reach too. I’m not going to lie, my weekend plans have now changed into a bit of a PvP fest.

In between matches, when I would venture to the Disreputable Priest to claim my GARO goodies, I loved watching the community interact with each other. With an influx of newbie PvPers much like myself, the Pier was full of people asking questions about the different modes and the pro players were there to answer. There was no condescension or snide remarks, everyone was super friendly and helpful and it was heartwarming to see. There’s often this idea that casual players aren’t welcomed by hardcore PvPers, so it was a relief to be proven wrong for a change.

If you’ve been on the fence about giving PvP a whirl, I implore you to give it a chance with this new mode, and the sooner the better. When new content is released, there’s a natural surge in players participating leading to shorter queue times, so now really is the best time to get acquainted with one of the most overlooked aspects of Final Fantasy 14. But please learn from my mistakes — sort your action bar out before you queue.