Fire Emblem Warriors: Three Hopes has always seemed like a strange game. Though it’s the second Warriors game, the idea of spinning off from rich existing stories into the musou genre (one typically light on narrative) in order to further tell their stories has always felt odd. Age of Calamity did it for Breath of the Wild, Strikers did it for Persona 5, and now Three Hopes is doing it for Three Houses.

That it’s a strange direction to go in does not automatically make it bad. Strikers is the ultimate send-off to Persona 5, and I would argue no Persona playthrough is complete without it. Pound for pound, I also think it’s a better game, although Strikers is admittedly standing on the shoulders of giants. While musous have traditionally been the ‘shut up and dribble’ genre, they aren’t inherently devoid of storytelling potential, that have just frequently been used as an escape from said storytelling. Games used to view stuff as a burden that got in the way of running around and shooting stuff. As stories have become more meaningful in gaming, the musous have been able to get a slice of pie.

There is, much like with Persona 5, so much left to tell at the end of Fire Emblem: Three Houses. It’s made more complicated by the choices involved – you choose which house you stand with, whether to cut ties with Edelgard, and many characters can be killed off permanently – but there is a rich story that you could explore after Three Houses. Three Hopes though is taking place in the middle, which on one hand makes perfect sense, and on the other, ties the game up right from the start. Now that Byleth is confirmed as a villain, it’s even more confusing. 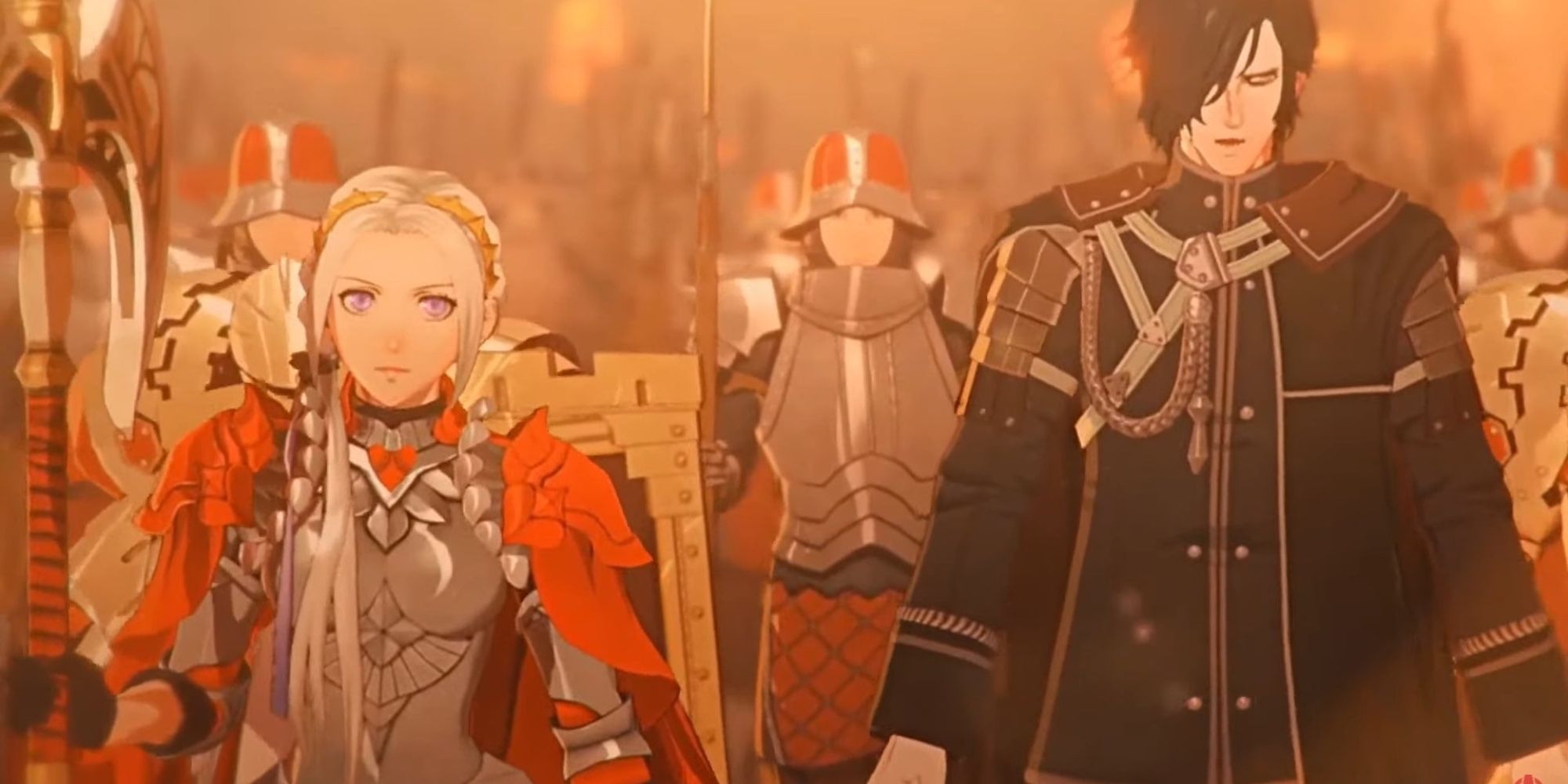 Fire Emblem: Three Houses is defined by its time skip. In the first half of the game, you’re a jolly teacher in a jolly school full of jolly students. You help them with their jolly problems, like not being able to cook their favourite meals or being too shy to leave their rooms, and participate in mock battles that help them improve their skills. You have to drive off a cabal of low level bandits from time to time, but for the most part it’s a light, jaunty game. Then there’s a time skip and one of the house leaders commits a jolly genocide.

Things take a dark turn in the second half of the game, as friend takes up against friend and the titular three houses vie for control of the kingdom, all while you can choose to stand with them or defend the school itself from the oncoming threat of war. This time skip is not felt by the other characters – it takes place while protagonist Byleth is in a coma. It’s this period of time wherein Three Hopes takes place, and that’s not the worst idea in the world, but so far I’m unconvinced. 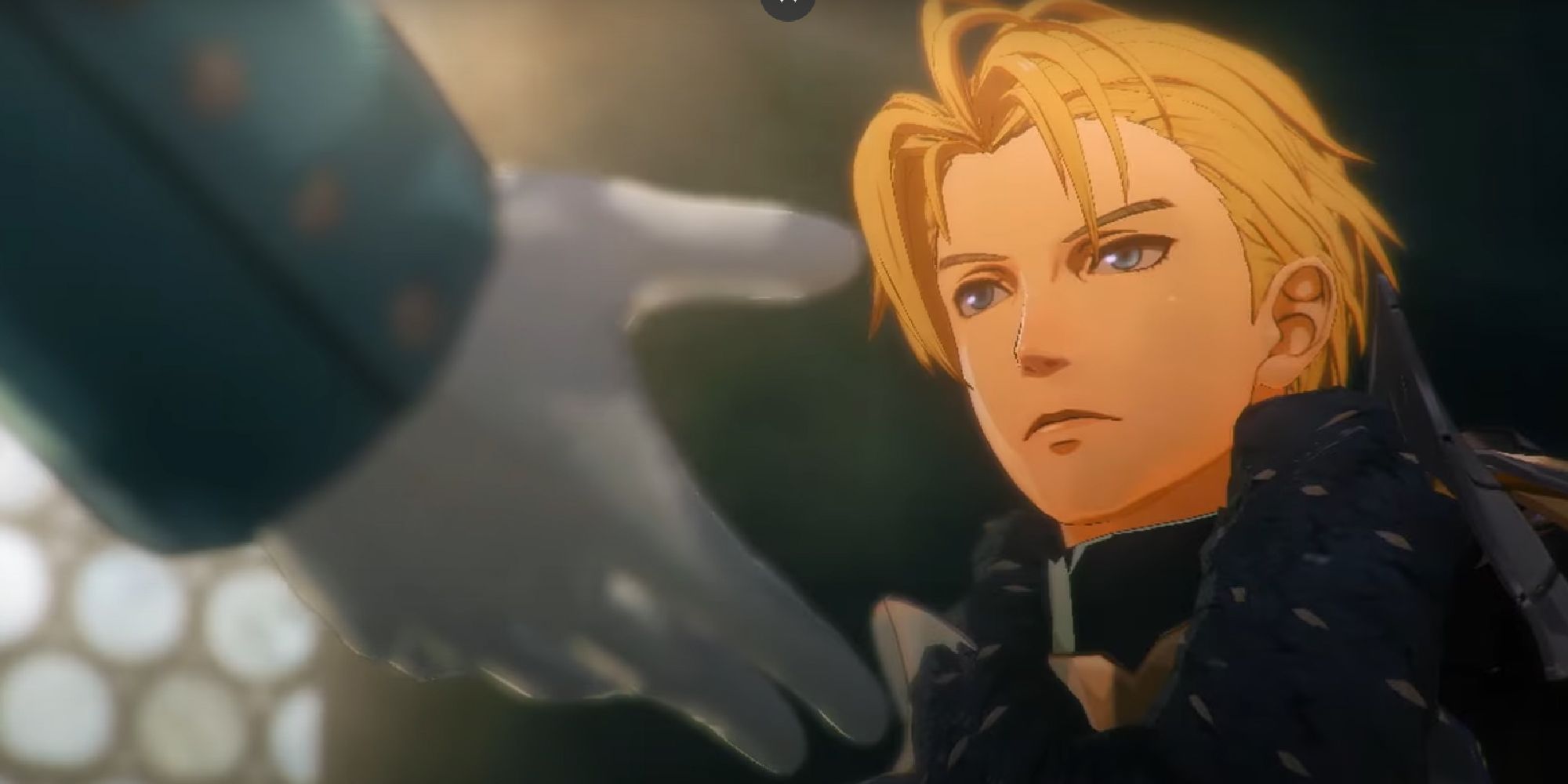 There is a lot of character development quite literally skipped over in Three Houses. Because we see everything through Byleth’s eyes, it’s like we were watching a show in season two then tune in again with season five. Wait, so Dany is the bad guy now? A catch-up on those years would be helpful, but it seems like Three Hopes takes place immediately post-skip, when everyone is still at the school, still on the precipice of the development that makes the second half of Three Houses so effective. Worse, while Strikers celebrated Persona 5’s cast and gave every Phantom Thief their moment, Three Hopes looks to be focused on Edelgard, Dimitri, and Claude (meaning, of course, you are all legally obliged to choose Claude).

I don’t really care about what the characters did in the early days or weeks of the time skip, because mostly they just kept going to school. As Three Hopes goes on, it might explore the early days of the rift that caused the war, but it feels like a few months down the line is when the story really gets interesting. Now, the latest trailer reveals Byleth is going to be the villain, going by the name The Ashen Demon. This feels like a major development in Byleth’s life, so it’s weird that it’s never mentioned in the second half of the game. It would be like if the Star Wars prequels established that Darth Vader and Han Solo used to be on the same baseball team – you’d feel confused why that never came up. 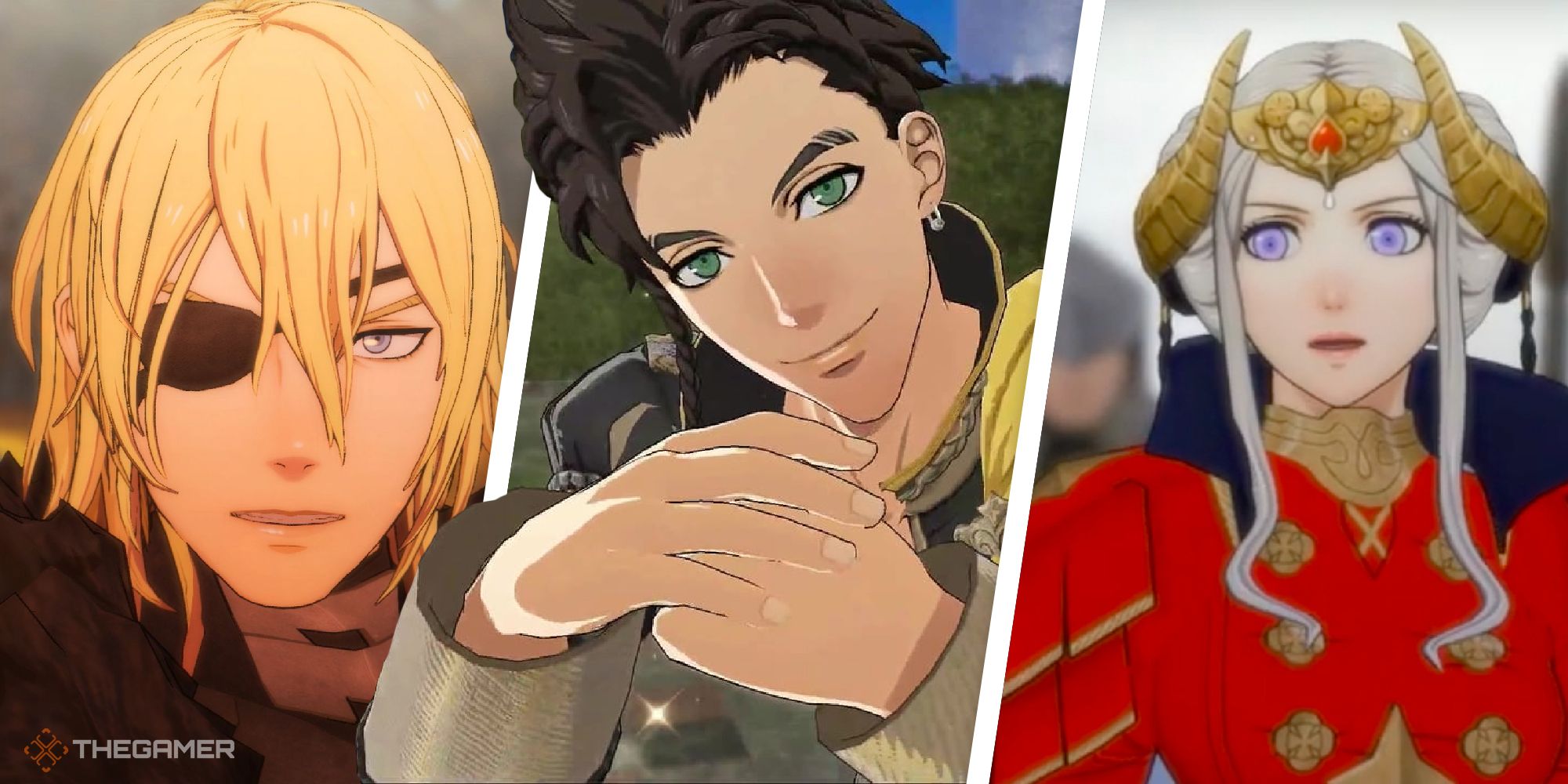 Three Hopes is still one of my most anticipated games of the year, and as a result I’m still holding out hope (three of them, I guess) that it manages to tell an interesting story and not be hampered by the fact it sits in the middle of a story it cannot influence. Byleth as a villain feels like an attempt to wedge the most popular character into a story they otherwise don’t belong in, but here’s hoping I’m wrong. There’s a first time for everything.