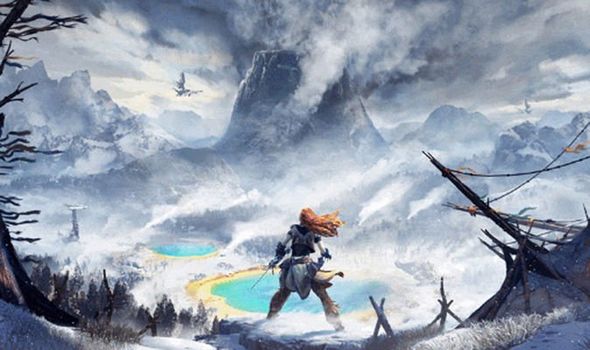 Even without a PlayStation Plus subscription, gamers have been able to download a number of top PS4 games in April and May.

And due to Sony’s backwards compatibility, the same titles can be claimed if you own a PlayStation 5 console.

But there is only a short time for gamers to claim Horizon Zero Dawn, with the end time scheduled for May 14 in the United States and May 15 in the UK.

Gamers in the United States have until 8pm PDT today, with things ending at 4am BST on May 15.

The free copy of Horizon Zero Dawn is the Complete Edition, meaning it comes with a lot of added content, with Sony telling fans this week:

“In an era where machines roam the land and mankind is no longer the dominant species, a young hunter named Aloy embarks on a journey to discover her destiny.

“In a lush, post-apocalyptic world where nature has reclaimed the ruins of a forgotten civilization, pockets of humanity live on in primitive hunter-gatherer tribes. Their dominion over the new wilderness has been usurped by the machines – fearsome mechanical creatures of unknown origin.

“Plus, expand the vibrant, post-apocalyptic world of Horizon Zero Dawn with this stunning new add-on included in the Complete Edition.

“In The Frozen Wilds, Aloy travels to the borderlands of the survivalist Banuk tribe to investigate a mysterious new machine threat.

“Only by enduring the harsh landscape and earning the respect of the Banuk, will Aloy gain the allies, abilities and knowledge she needs to uncover a secret from the past – and stop a threat to the future.”

Sony has also announced that while this will be the last free Play at Home game to download, for now, they will be offering a number of in-game bonuses next week.

This includes XP Tokens for Call of Duty Warzone, among a number of other games that don’t require PS Plus.

This time, Sony will be offering a selection of free in-game content and virtual currency for some popular PlayStation games, including Destruction AllStars, NBA 2K21, Rocket League, and more.