Criterion's take on the FPS genre Black has something of a cult status, known as one of the late-era games for the PS2 and original Xbox, coming at the tail-end of that generation. Black received good reviews at the time and was visually impressive, and the 2006 game seemed to have enough of an impact to warrant a sequel but this never materialised. However, former Criterion staff have now revealed what they had planned for this abandoned follow-up.

Speaking to thatHITBOX, several ex-Criterion devs explained what design decisions they'd come up with for this sequel (via Eurogamer). One of these was to include "network gameplay" for co-op along with a recovery system if one of the players went down. The original game lacked multiplayer, one of the most repeated criticisms of Black.

The sequel to Black was going to be subtitled "Rendition" according to Ben Minto, a technical sound designer on the original title. "The idea centered on American troops going overseas, kidnapping people and bringing them back across borders… I'm not sure that there was a fully-fledged story mapped out though," he told thatHITBOX. 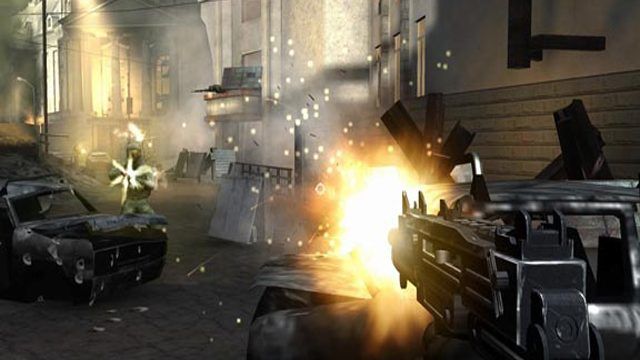 Black level designer Micheal Othen also said the sequel was to include an "amazing" cover mechanic feature "where you could position yourself against things and blind fire". He says the mechanic would've felt "intuitive" and "organic".

"There were some cool enemy AI behaviour with the way they moved around the environment. You'd see them jumping over car bonnets and sliding into cover. It looked amazing as a player, because you had that dynamic flow of movement. These were just very early ingredients at the R&D stage," he continued.

So why did the sequel to Black never materialise? The devs explained that Criterion had its hands full with Burnout Paradise, while the market for shooters was looking saturated. "There were a lot of shooters coming out, even within EA," Othen said. "Bad Company was experimenting with destructible levels. It might have been difficult for them to see where a 'Black 2' fitted in with other games in their publishing schedule. I was disappointed that it didn't get to see the light of day".

The full feature on thatHITBOX is well worth reading as it contains further details such as how Black's sequel was supposed to be even more movie-like and even a bit like Hitman, so head on over to read it.