Check out our guide to learn how you can get all the Avian Ambush Week quests done in no time. Fortnite's Chapter Three Season One is quickly approaching, and it's time to get those final Battle Pass rewards before they're no longer available.

Epic Games has been releasing tons of quests so that players don't have to grind so hard for those last experience points. Last week we had a Spider-Man and Bouncer theme, it was called the Amazing Web Week, and now we're having a chicken theme and it's called the Avian Ambush Week. 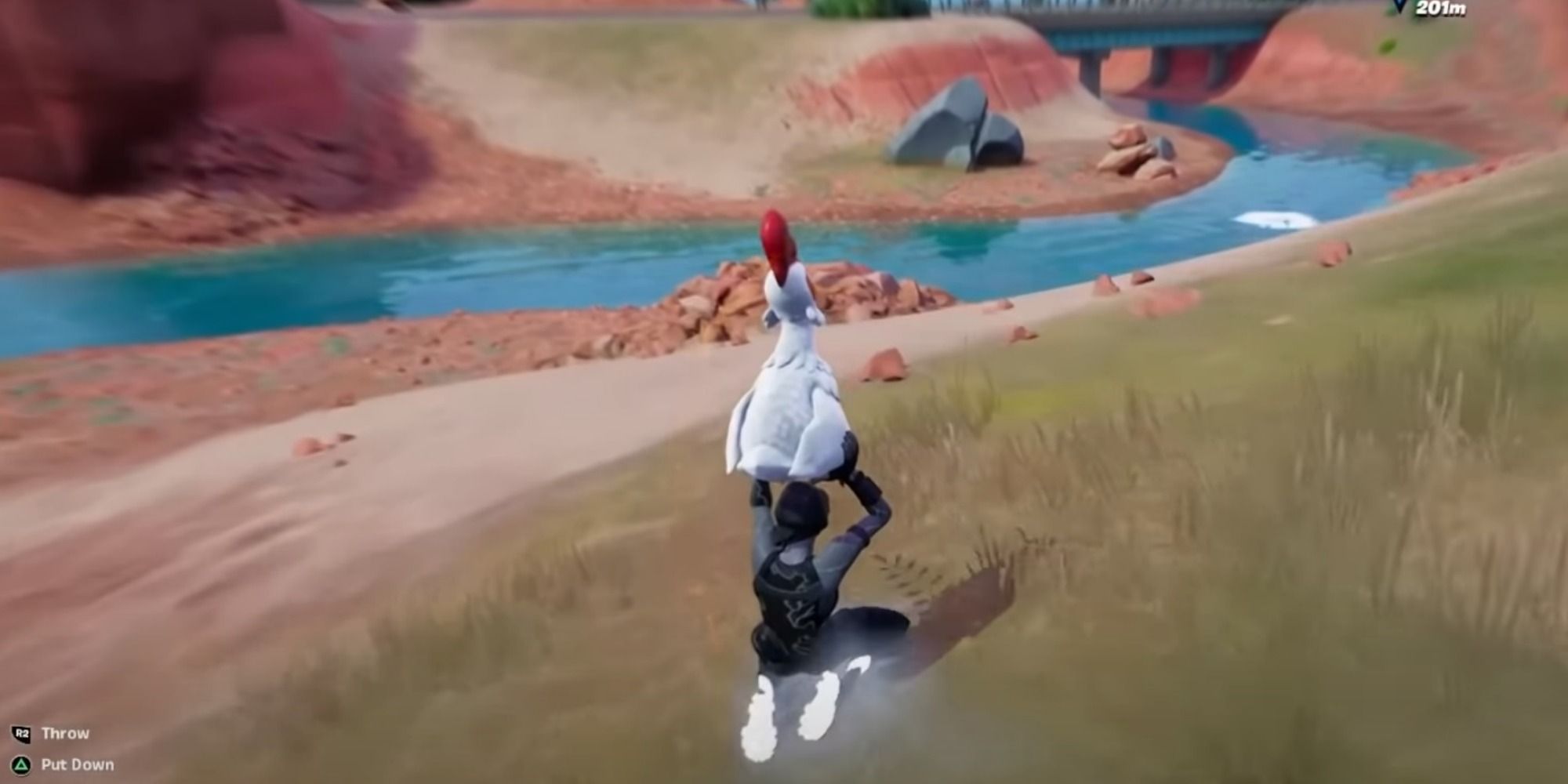 This week is all about chickens so it's time to celebrate them and take them to do tons of crazy things. You will have to catch a lot of chickens for these quests since they all require you to hold them.

If you're not sure how to catch one in-game, it's pretty simple. You will have to approach the animal quietly while crouching so that it doesn't run away from you. As soon as you see the "grab" option on your screen press it.

Once you grab a chicken you can hold it around and you will see two command options on the bottom left area of your screen "put down" and "throw." Press throw and do this a total of five times to complete this quest.

You will have to slide for a total of 30 meters without stopping while holding a chicken. If you're not sure how to slide in Fortnite, check out our guide on it.

Weirdly, chickens count as a person when opening vaults in Fortnite. Normally you'd need another player to open a vault in the game, but you can carry a chicken down to the vault door and it'll recognize the animal as a person and it'll open.

It's not uncommon to spot a glowing crow in the game, that's a Loot Crow. There are glowing chickens now as well, and they'll glow and drop loot once you eliminate them. Find two Loot Chickens or Crows and kill them to complete this challenge.

If you jump from a tall place while holding a chicken, it'll bat its wings and you'll glide down and not take any fall damage. For this quest, you'll need to fly 20 meters without touching the ground. The best place to do this is on large hills or mountains.

There are seven quests that you can complete during Avian Ambush Week, each of them is worth a total of 8,000XP. If you get all of them done you'll receive a hefty 56,000XP.