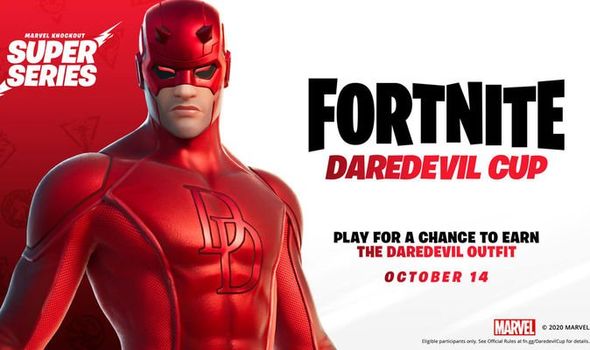 Fortnite fans are in with the chance of earning a new Daredevil skin when the Daredevil Cup launches later this week as part of the Marvel Knockout Super Series.

Epic Games revealed today that the Fortnite Daredevil Cup will launch on Wednesday October 14, with the rewards for the top performing teams early access to the skin.

Announcing the news the Fortnite team said: “A new Marvel Hero comes to Fortnite — setting off a competition on the Island like never before.

“The first cup celebrates the Man Without Fear himself, Daredevil. Winners will get ultimate bragging rights — early access to the Daredevil Outfit before the Item Shop release!”