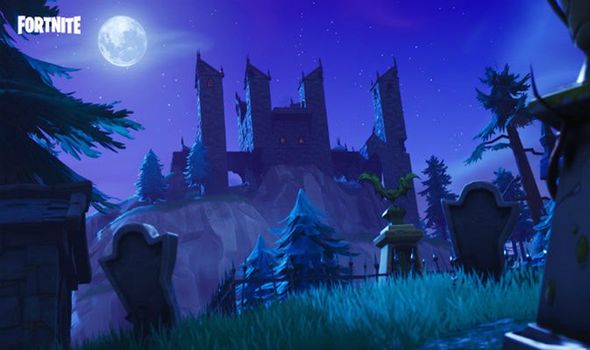 UPDATE: Fortnite downtime is about to start and the game’s servers are now going down for an extended maintenance period which could last a maximum of a few hours. Update 18.30 will be available to download during this process, with further details listed below.

ORIGINAL: Fortnite update 18.30 is launching today, and that means maintenance across all major platforms.

The good news is that we know precisely when Fortnite downtime will start today and a rough guide on how long it will last.

Last week saw Epic release the Fortnitemares event, and it might be hard to follow that up this week with something new.

Based on clues shared earlier this week, Epic is planning on unvaulting another classic item.

This week’s competition looks to be between the Combat Shotgun and the Boogie Bomb, and it’s hard to say which will win.

The Combat Shotgun looks pretty likely to make a return, but there could be many Fortnite gamers hoping to avoid it dominating the Island, even for a short period.

There are also rumours that the Cube Town may finally transform into the rumoured Pyramid that was discovered last season.

Cube Town will reportedly turn slowly into a Pyramid dominated by the Cube Queen, although this remains unverified by Epic Games.

The Fortnite team has teased that more is being planned for October, telling fans earlier this month:

“The ruler of the Cubes — The Cube Queen — emerges, ushering in the next phase of Fortnitemares 2021. The Wrath of The Cube Queen is now upon the Island.

“Since Fortnitemares began (and even before), the Cubes have been mobilizing. Their migration towards the Island’s center wasn’t just to spread corruption — they’re now at the center forming The Convergence. What is the purpose of this mysterious structure?

“The Cube Queen’s wrath has given rise to a new Sideways weapon — the sinister Sideways Scythe — as well as returning items like Witch Brooms and the Pumpkin Rocket Launcher. Use the Scythe and these wicked supplies to hold your own in battle.”

HOW LONG ARE FORTNITE SERVERS DOWN?

Fortnite downtime for update 18.30 is scheduled to start today at 9am BST in the UK, or 4am EDT if you live in North America.

Today’s maintenance period could last several hours, although Epic Games has not warned that it will be overly long on Twitter.

They have provided a maximum time limit for today’s Fortnite downtime, with maintenance expected to end before Midday BST.

A message from the Fortnite support team reads: “Do you fight with force… or with groove?

“The v18.30 update is scheduled for release on October 26. Downtime will begin at approx. 4 AM ET (08:00 UTC), with matchmaking being disabled approx. 30 minutes before.”

As mentioned above, Fortnite servers will start shutting down 30 minutes before 9am BST, meaning you could be kicked from live matches.

More Halloween surprises are planned, so it will be interesting to see how the island will change before the end of October.