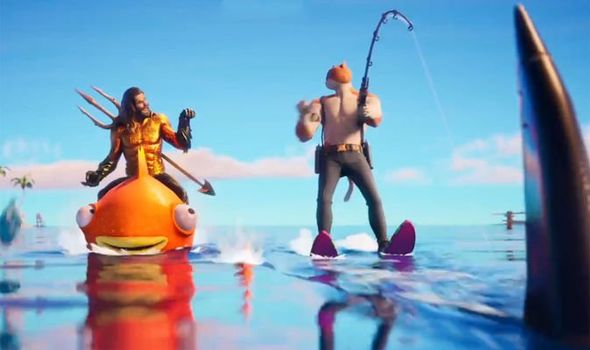 Fortnite season 3 trailer has been revealed today, showcasing the new flooded map as well as an Aquaman skin, skis, sharks and new POIs coming in the next Battle Pass. As rumoured, Fortnite season 3 has seen the impending flood waves that were kept at bay by the storm circle following the recent live event come crashing down. In its aftermath we’ve got a new flooded map, which boasts the new Fortilla POI, which can be travelled with water skis.

The Fortnite season 3 trailer was revealed by the game’s Twitter who posted: “Welcome to the waves.

“The Island has flooded and there are all new areas to explore, Marauders to take on and… sharks to ride?

The Fortnite Battle Pass trailer added that in season 3 players will be getting their own Fortilla were they can unlock challenges and buy the Battle Pass.

Which, from the sounds of it, seems like this new POI is replacing The Agency which got blown up during the Fortnite end of season live event.

There’s Kit, which looks like a robotic version of Agent Meowsicles, Aquaman and master engineer Jules. 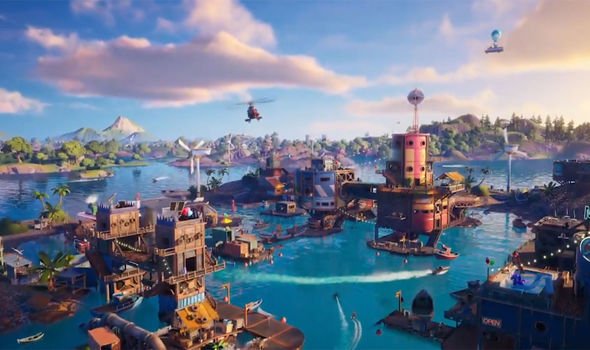 The Fortilla also comes with a ‘Builder Brother’, which looks like a new feature where you can build and customise your own Umbrella.

The Fortnite Battle Pass trailer also teased that throughout the season there will be new areas to explore as well as “hot new surprises” coming to Battle Royale.

It also teased the arrival of new vehicles getting added with Fortnite season 3.

Fans are now just waiting for Fortnite season 3 downtime to finish so they can jump in and explore the world of the brand new Battle Pass.

Fortnite season 3 downtime began at 7am BST, and server downtime for a new season typically lasts a few hours.