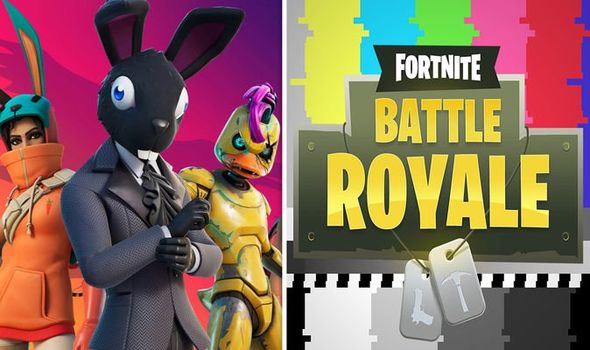 Backing up previous reports, Fortnite update 16.10 has a March 30 release date on consoles and PC.

The new update will launch alongside a period of server downtime at 9am BST in the UK.

There’s no official end time to the maintenance, although it never usually lasts more than a couple of hours. With this in mind, expect the game to be back online by 11am at the latest.

The news was announced by Epic Games on Twitter, alongside a list of patch notes for update 16.10.

As you can tell from the tweet above, the big headline story is that Velociraptors will hatch from the eggs across the island.

According to Epic Games, BoneCrafting and loot adjustments will also be a part of update 16.10, alongside the return of moving storm circles during the last two zones.

Update 16.10 also lays the foundation for the imminent Spring Breakout event, which takes place throughout the course of the week.

– Players in Split Screen may have difficulty playing another match together due to the “Ready Up!” option not working properly.

• Duplicate XP notifications with Legendary Quests in a party.

– Duplicate XP notifications appear when completing Legendary “Craft Items” Quests in a party. This can wrongly make it look like you leveled up during a match.

• Anomaly may not appear on Shark Island.

– The anomaly on Shark Island may not appear after completing the required steps.

– Legacies for Chapter 2 Season 5 will not show up in the Career tab. Your Legacy records are intact and will display again in a future update.

• Visibility is extremely decreased when inside the Storm.

– Players who are inside the Storm are reporting decreased visibility and increased brightness in v16.00, making it difficult to navigate to the zone.

• Opening the inventory will cancel Tap to Search/Interact/Revive actions.

– Opening the inventory while performing a tap to search/interact/Revive action will cancel that action. This includes searching a chest, reviving a teammate, rebooting a teammate and other similar actions.

• Character Quests not counting for progression.

– Quests given by Characters in a match are not counting progression towards Quests that require the completion of other Quests of specific rarities.

• Stackable items are not split when Shift-Dragged.

– Stackable, consumable items (Grenades, Bandages, etc.) are not split when using Shift+Drag to select or drop half of the stack using keyboard+mouse input.